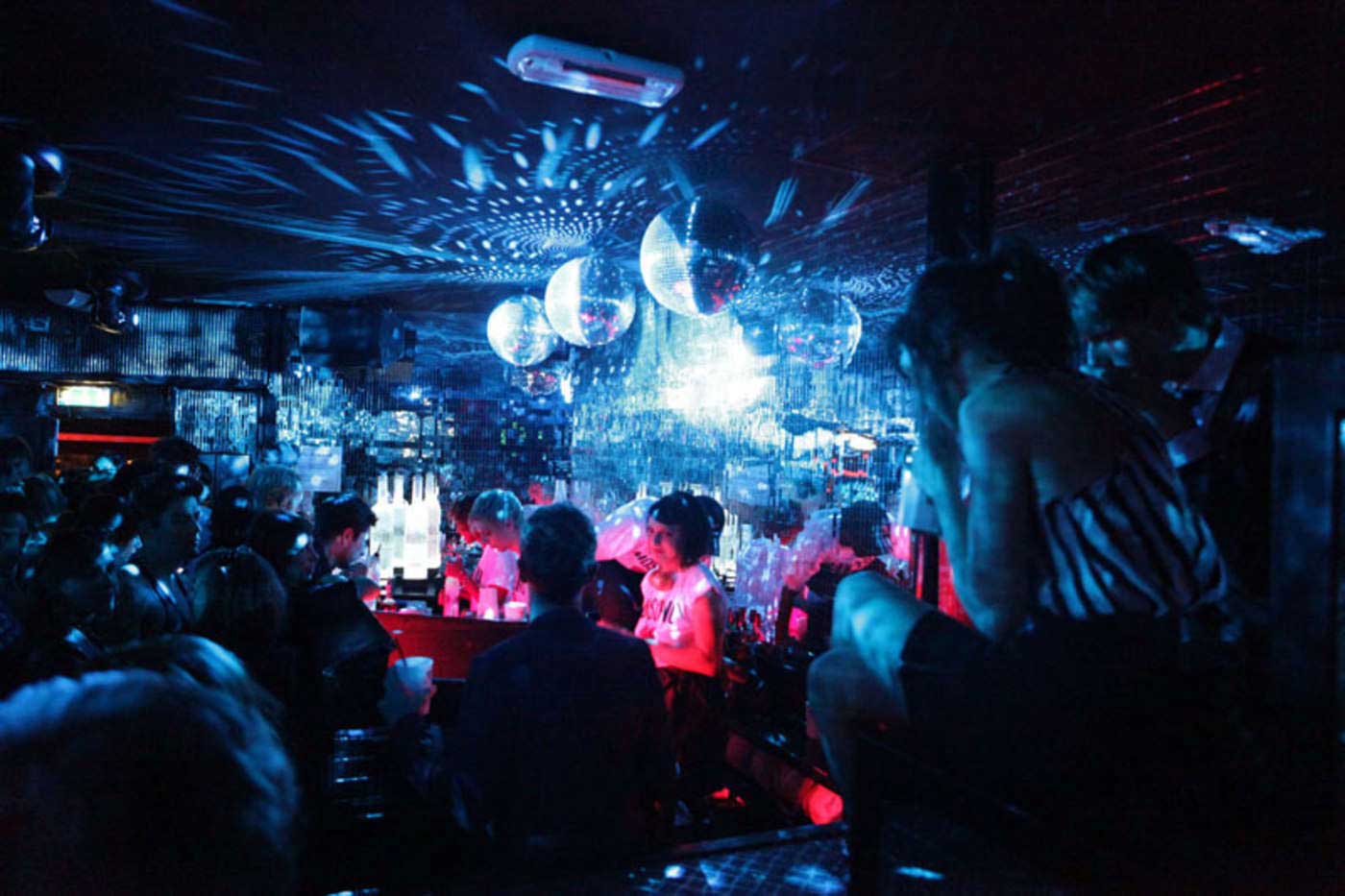 Rad’s Guide To The Best Underground Bars In Milan

Architecturally speaking, Milan is arguably uglier than the rest of her Italian sisters. Built in a rush during the economic boom of the 60’s, the city has risen fast and angrily and hasn’t stopped growing yet. Rome, Florence, Venice and Naples may be the tourist’s favourites, but Milan is undeniably the economic and creative heart of Italy. Milan sparkles creativity, energy and ambition. The city never sleeps, nor do its hyperactive inhabitants, too busy “a fatturare” (invoicing): the local religion in a city fueled by money, ego and large quantities of cocaine. Money might be king in Milan, but the city is also the capital of Italian design, fashion and creativity in general. Which is also a perfect mix for great parties, and since the 80’s Milan has been renowned for her lavish night scene. Back in the days, a famous copywriter coined the expression “Milano da bere,” literally “Milano to drink,” to define the hedonist bar scene of the city. Nowadays there’s not a lot left of those glorious clubs that defined an era of prosperity and self-indulgence, but the night scene and bars in Milan are still alive and pumping. 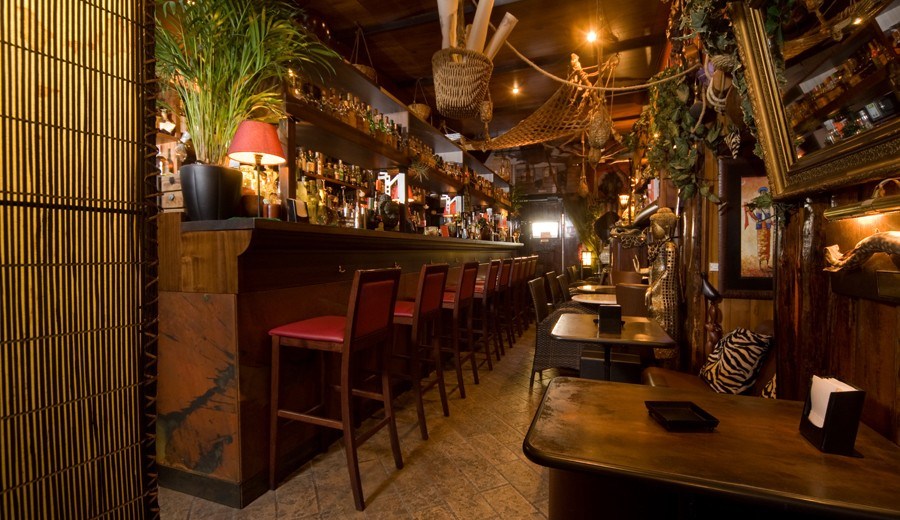 Nottingham Forest is the quintessential Milanese bar. Widely regarded as one of the top venues in the city, it is often listed among the world’s best bars. Here reality is suspended and the customers drink in an imaginary world that reminds of the deep-sea fishing of Hemingway on the Pilar.

The wide cocktail selection by Dario Commi, the house barman, has been listed as one of the best in the world. Nottingham Forest is the ultimate place to go for experimental cocktails so find a table, choose a drink and enjoy the wonderful décor.

The Birrificio is the most iconic brewery of Milan. It showcases the best craft beers in town, super skilled and heavy tattooed bartenders, loud music and a mixed crowd that invades half of via Adelchi. They have also opened a new branch in via Golgi, but the one in via Adelchi remains the grittier and more authentic. 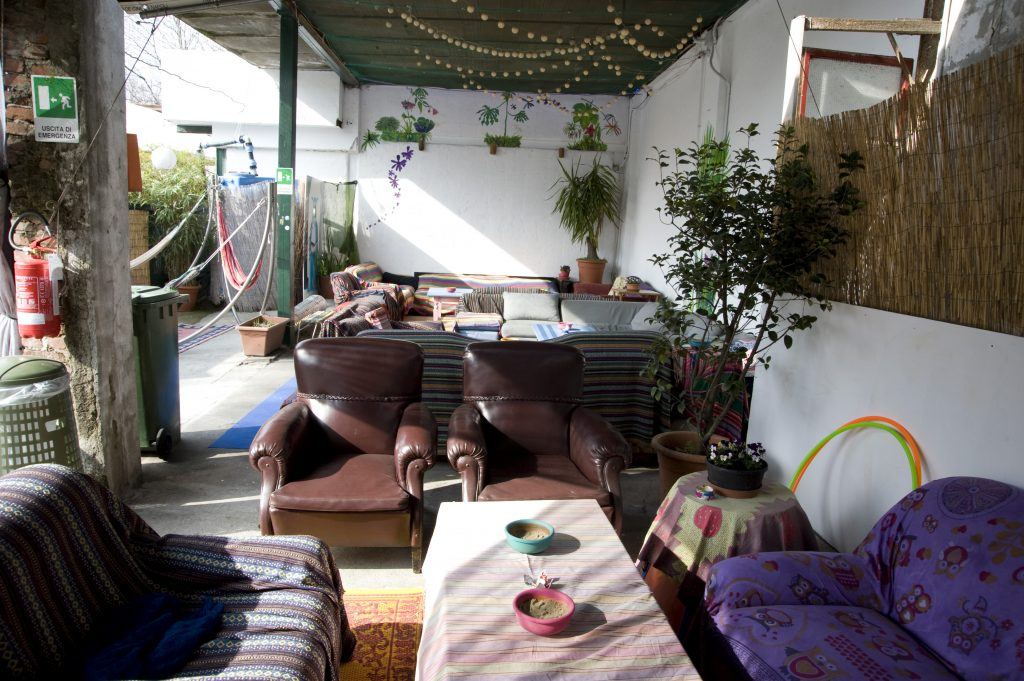 The Cascina is perched on one of Milan famous canals, the Naviglio Martesana. It’s an old farmhouse converted into a bar, music venue and alternative meeting place. Here you can chill on the sofas and the hammocks of the garden, under a roof of leaves and fairy lights. A small members fee is required to access the chill-out area, but it is totally worth it. 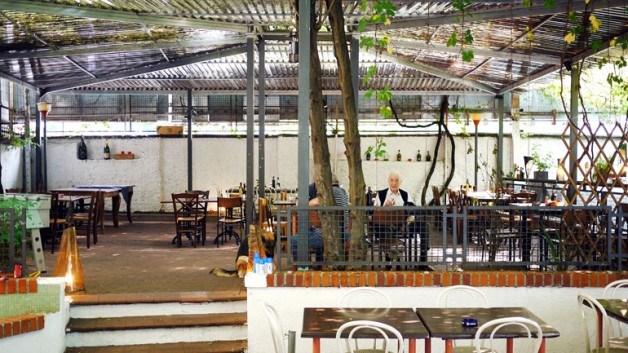 facebooktwitterpinterest
Circolo dei combattenti e reduci literally means “Club of fighters and veterans.” It is a piece of old Milan, opened in 1918 for the veterans of the First World War. Today you’ll find wrinkled faces and smoke-yellowed hands but also a younger crowd. The club is still cool, the drinks are old fashioned and cheap and the backyard is always busy. 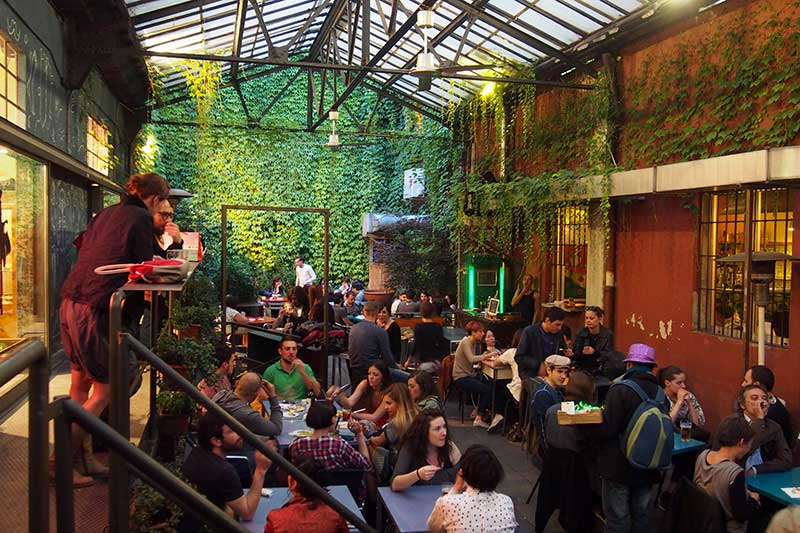 facebooktwitterpinterest
Tucked in the heart of Isola district, one of the most trendy areas for good drinks and good food, Frida is a colourful hideout for artists and wannabes. Its leafy terrace is perfect for after work drinks or cigarettes and beers, a city favourite mix. This artsy venue also hosts monthly craft and vintage markets. 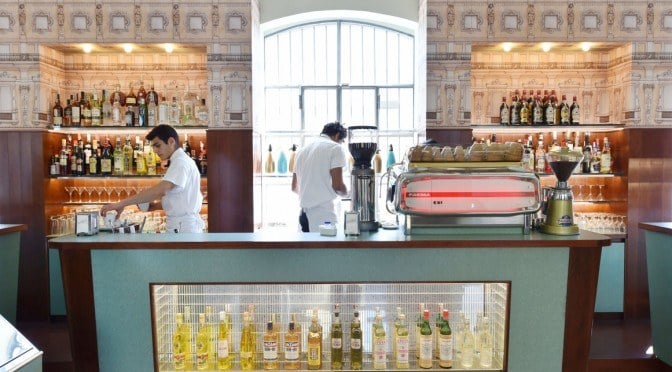 The bar of the Fondazione Prada, (Miuccia Prada’s cutting-edge contemporary art gallery) is a vintage jewel designed by Wes Anderson. The cult director paid tribute to the old school Milanese bars, and the result is a vintage masterpiece made of chromed surfaces and pastel colours. Join the crowds for a 7 pm aperitivo with Campari and try one of the über famous pastries of world-renown chef Gualtiero Marchesi. 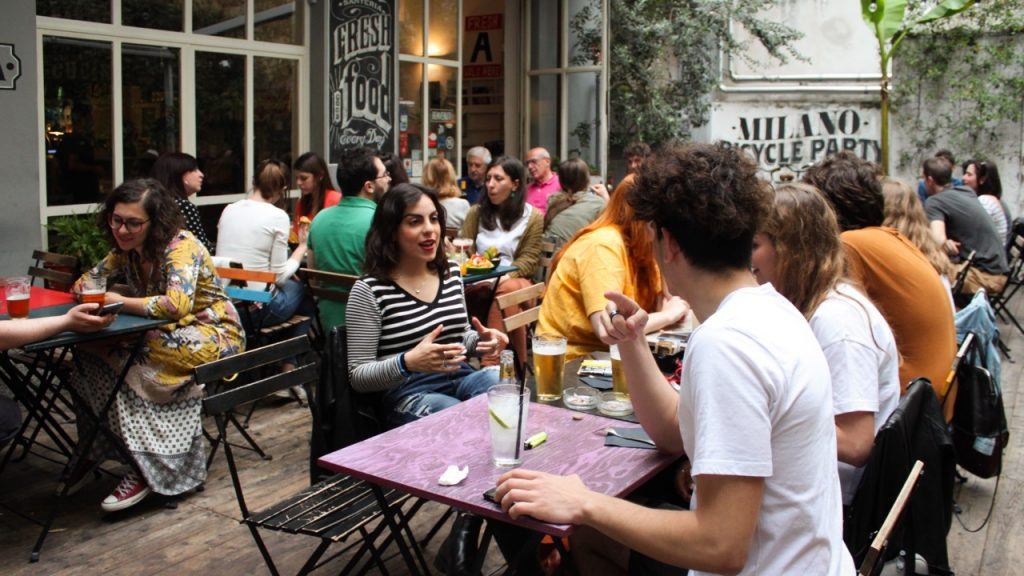 Refined live music in a comfy living room or cold beers under the pergola in the courtyard. This is Santeria, one of the trendiest venues in East Milan. The burgers are amazing and the brunch massive. Come early: by 10pm the music is over. 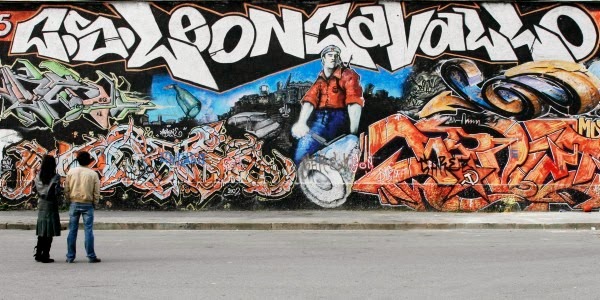 facebooktwitterpinterest
Leoncavallo is the most historical and the most significant of Italian “social centres,” the politically active and culturally relevant squats. An essential city stage for everything underground, it is famous for its Drum N Bass nights but it has recently opened up to the latest trends in electronic music. 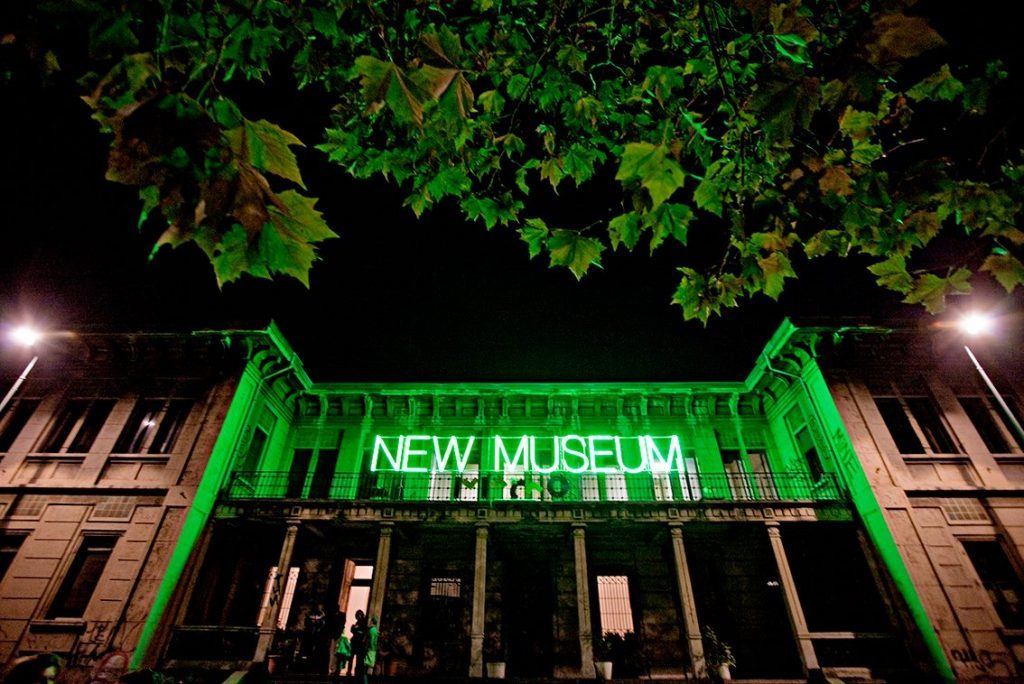 facebooktwitterpinterest
The latest addition to the city squats, Macao is an occupied ex-slaughter house. Here you can find live music, artistic performances, poetry slams, meetings, yoga and politics. Usually the last stop of the party crowd, Macao’s parties can go on till the wee hours of the morning.

This place never disappoints with its deep electronic music played every weekend on three different stages: the huge liberty hall, a darker and smokier back room and the green backyard, where you can dance under the fairy lighted trees. 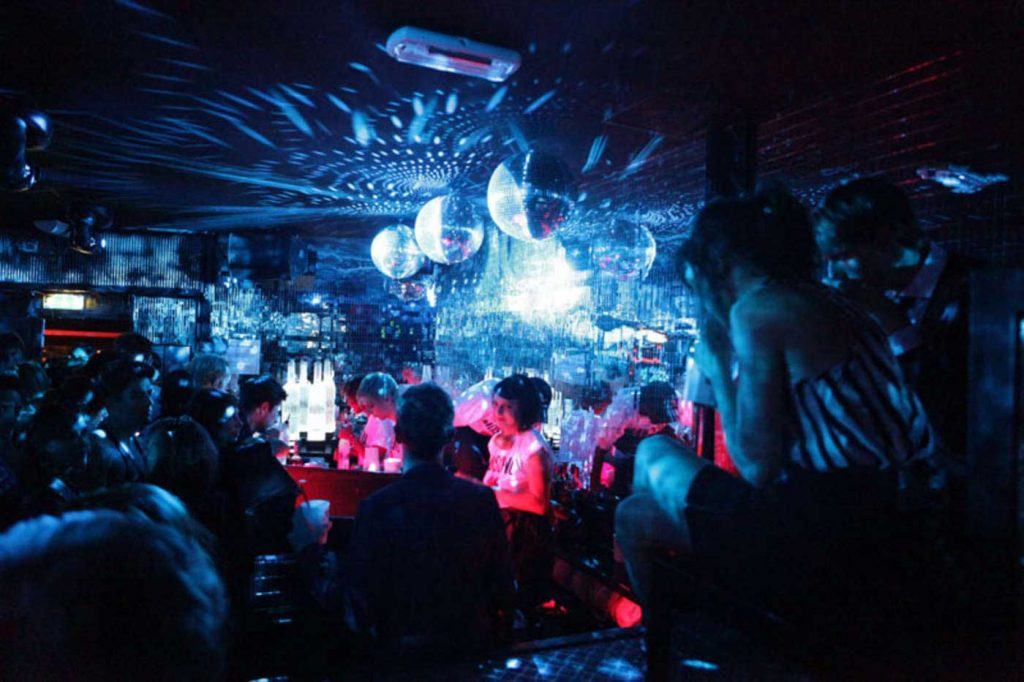 facebooktwitterpinterest
This iconic club has been part of the Milanese clubbing scene since the 80’s. It’s a crossroad of art, fashion and music: from Keith Haring to Andy Warhol, this underground club has seen some of the best designers, artists, directors dancing under its strobe lights. Home of some of the best electronic parties in town,

Plastic has recently changed location. A new venue for new crowds, but the music and cocktails selection is still great. When leaving don’t miss the sandwiches of the local food trucks parked outside of its doors. The “panino con la salamella” – a sausage sandwich – is an Italian late night classic munchie.

The Best Bars, Cafes and Restaurants in Banff, Canada

The Best Bars in Tokyo: Rad Nights In Japan’s Capital

The Best Bars and Restaurants In Canggu Bali

Rad Season is providing you with rentals and hotels at the lowest prices available online. Book your stay near Milan using the map below!