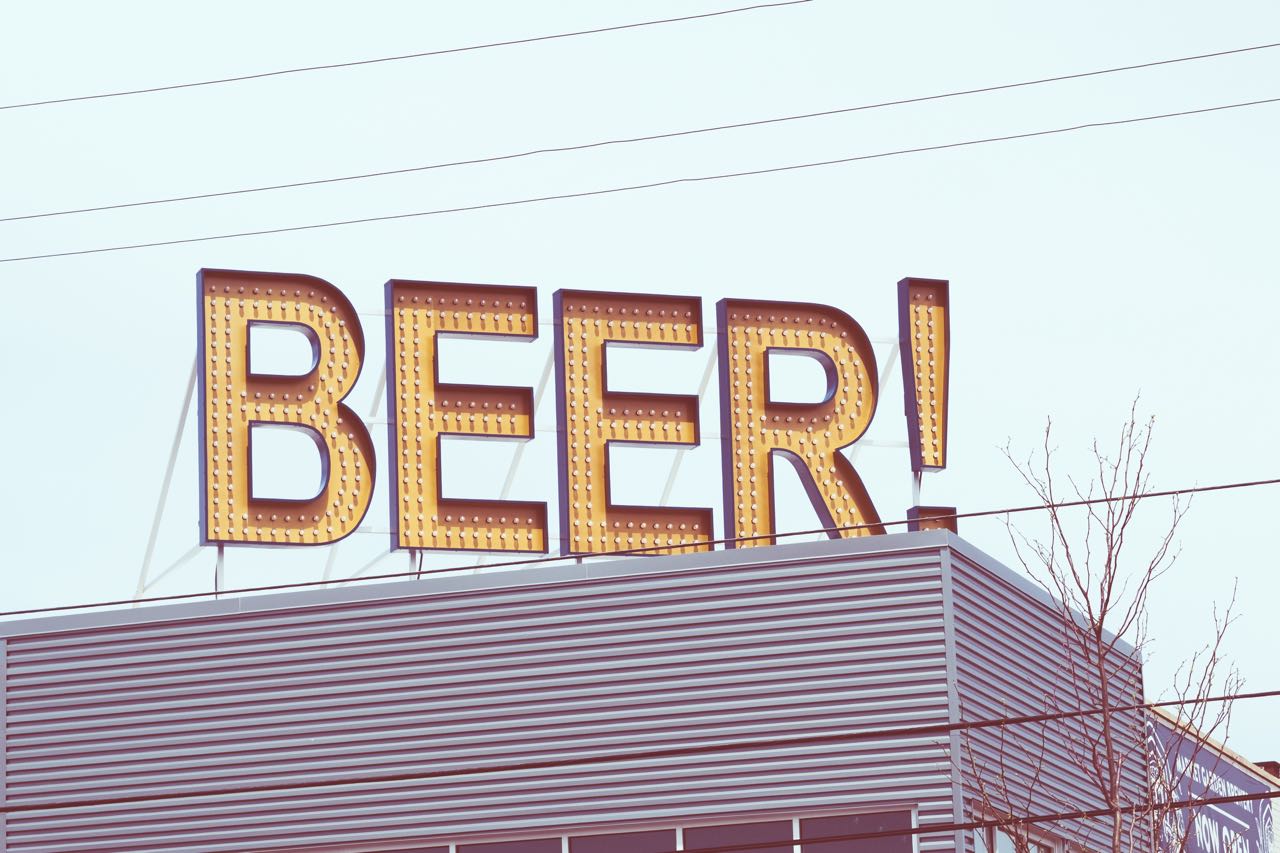 The first day of summer was June 20th, which means summer beer festivals are in full-swing. With temperatures soaring across the country, we’re about to fill you in on the 10 hottest ways to cool off this summer.

The Village at Northstar is located on the northwest shore of the incredibly beautiful and one-of-a-kind Lake Tahoe in Truckee, California. For the 11th consecutive year, this luxury mountain village will fill with people from all walks of life united in the quest for the ultimate beer.

Indulge in local and regional tastings from over 35 breweries while a lineup of bluegrass bands keeps everyone dancing. 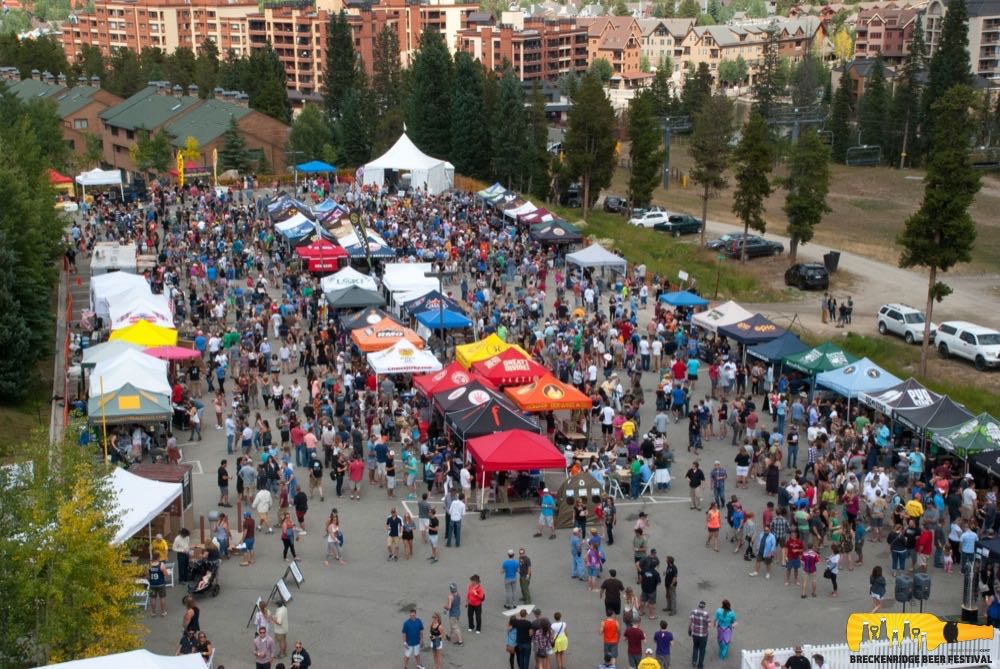 If you’ve ever been to Breckenridge, you know how awesome it is. If you’ve never been, this is your chance. While Breckenridge is known as a ski town, the summers are aglow with post-mountain biking, rock climbing, whitewater rafting, you-name-it smiles.

Historically, Breckenridge was a gold rush town, but on July 8th, it will be a beer rush town. The Beaver Run Resort & Conference Center will host over 40 breweries and multiple homegrown bands. 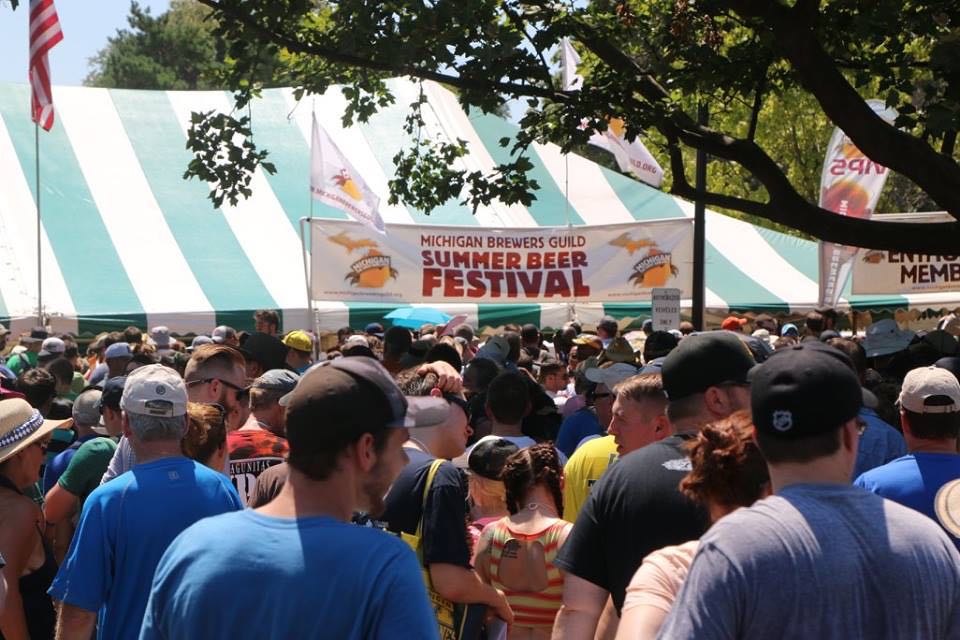 Michigan is known for being both a water wonderland and a winter wonderland, but we’ve just heard they’re asking for (or have taken) their tertiary title: The Great Beer State. Here’s why we should let them have it. Michigan Brewer’s Guild hosts one of the best beer festivals in the country in the charming Depot Town district of Ypsilanti.

In addition to over 100 breweries slinging over 900 different beers collectively, there will be food trucks, families (sans-children) roaming Riverside Park, drunken Ypsilanti-pronunciation contests, a band called The Reefermen playing… You get the picture. Best of all, this party happens not once, but three times a year. Look out for fall and winter festivals, too! 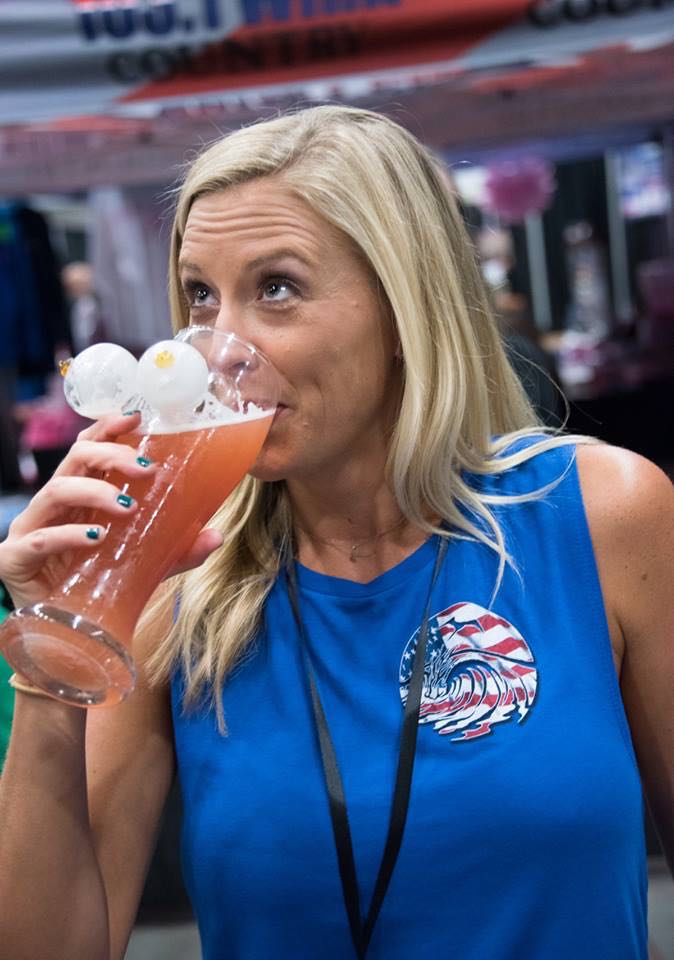 Palm Beach is Daytona Beach’s older, more mature brother. But that doesn’t mean this is going to be a mature old fart’s kind of party. There will be silent disco, corn hole, and craft donut and ice cream tastings. It sounds lovely, and we haven’t even gotten to the beer! Over 40 breweries, many of them Florida based, will attend the festival at the South Florida Fairgrounds.

The festival is broken into an early afternoon session and a late afternoon session that runs into the evening. A single general admission ticket covers just one of those, but there’s no shame in buy a ticket to both. And, as if you need another reason to attend, there will be a Whiskey and Bourbon Tasting Experience including 86 and 101 proof spirits, sponsored by Hill Billy Bourbon. That’s the icing on the cake, or the craft donut (your choice). 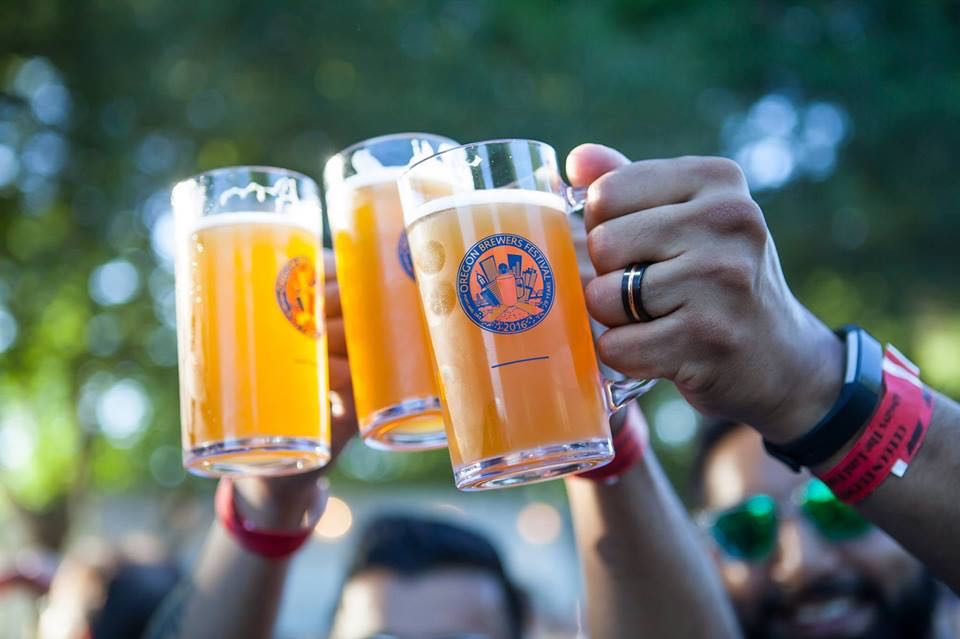 The nation’s oldest surviving craft beer festival naturally takes place in Portland, Oregon, the city with more microbreweries than any other place in the world. This year marks the 30th anniversary of its 1987 genesis.

The five day festival will be held at Tom McCall Waterfront Park on the Willamette River where 80,000 people are expected to attend. It’s the perfect occasion for a long weekend trip. Portlandians take their summers seriously, you know. It’s the only time of year the rain takes a vacation!

If you can roll yourself out of bed in time, plan to join them in outdoor morning activities before the festival. Fish and swim at Sauvie Island or drive east 1.5 hrs to Mt. Hood National Forest. Then, relax and enjoy the rest of each day, sampling over 36 styles of beer from local, regional and national breweries while live music and food trucks feed the crowds. 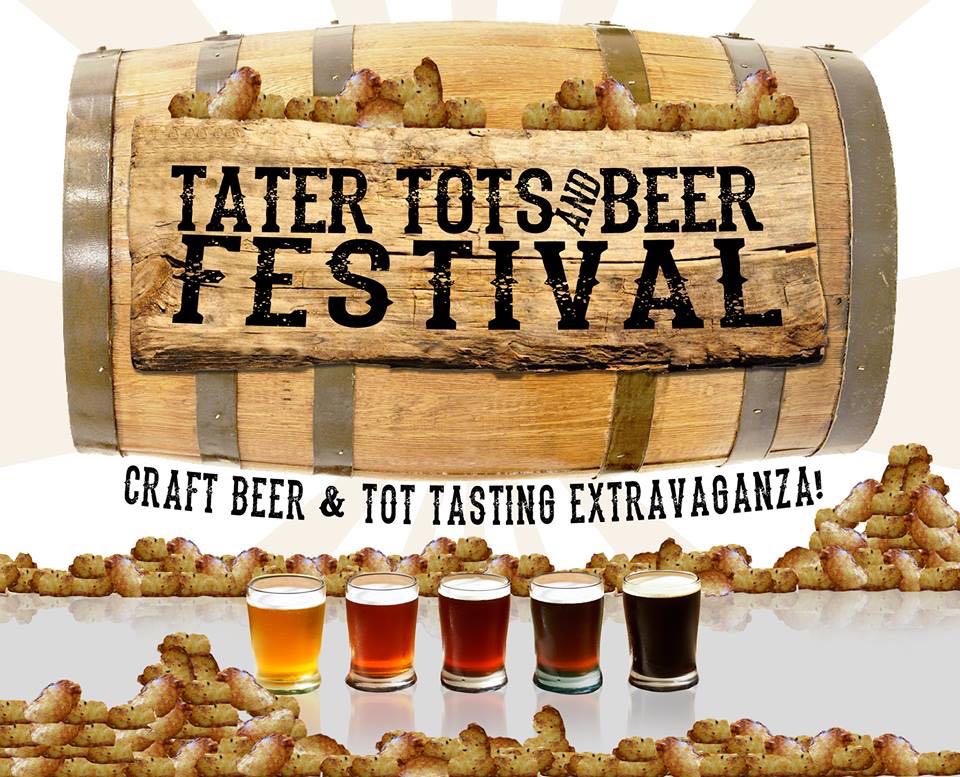 If you’ve ever wished for a festival of undergraduate gastronomic proportions, this festival is for you. Introducing the Tater Tots & Beer Festival, an ongoing tour that’s bringing gourmet tater tots and craft beer to venues across the country all summer long.

From Santa Clarita to Louisville and many major cities in between, festival goers will abandon low-carb diets for one night of unforgettable caloric indulgence. Fulfill every dream of nacho cheese and cinnamon sugar potatoes you could ever imagine. Big names in brews like Stone, Lagunitas, Deschutes and Bell’s breweries will be there. You should too. 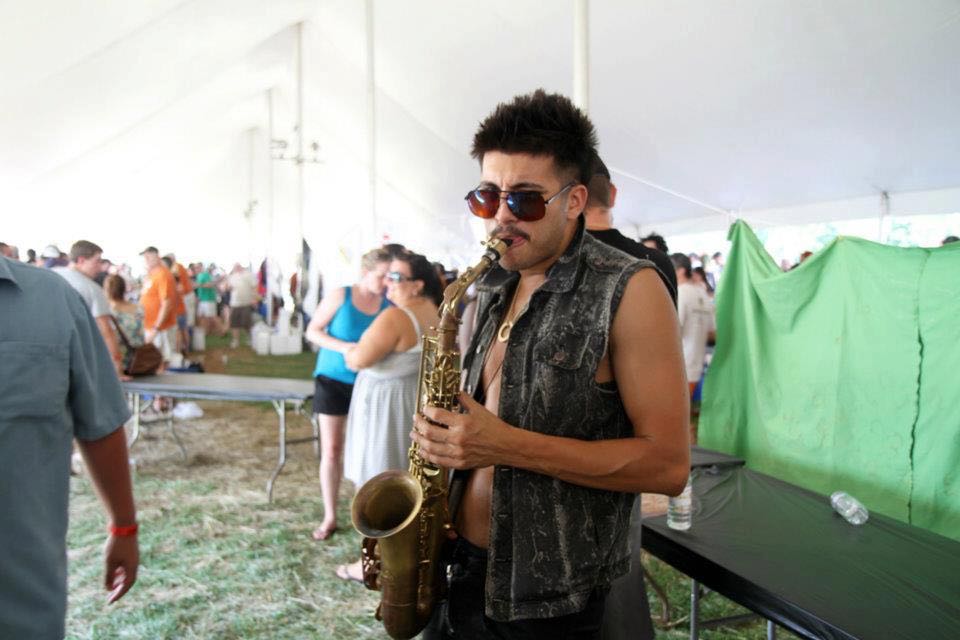 Ommegang Brewery of Cooperstown, NY has become known for their collection of Game of Thrones themed beers in recent years, but prior to its release gained notoriety in the craft beer industry with their Rare Vos, Three Philosophers, and Abbey Ale brews.

The aptly-named festival celebrates Belgian and Belgian-style beers including Trappist ales, whites, Lambics, strong darks, and many more. Over 3,000 people will attend to the sample beers of over 100 breweries from across the globe. The festival will feature live music, lectures, movie screenings, receptions, and a special dinner for VIP guests. Tickets can be purchased with or without a camping spot for the early August event.

When: August
Where: Cooperstown, New York
Times: 12 pm Friday – 12 am Saturday
Cost: $145 Saturday only tickets, all else sold out 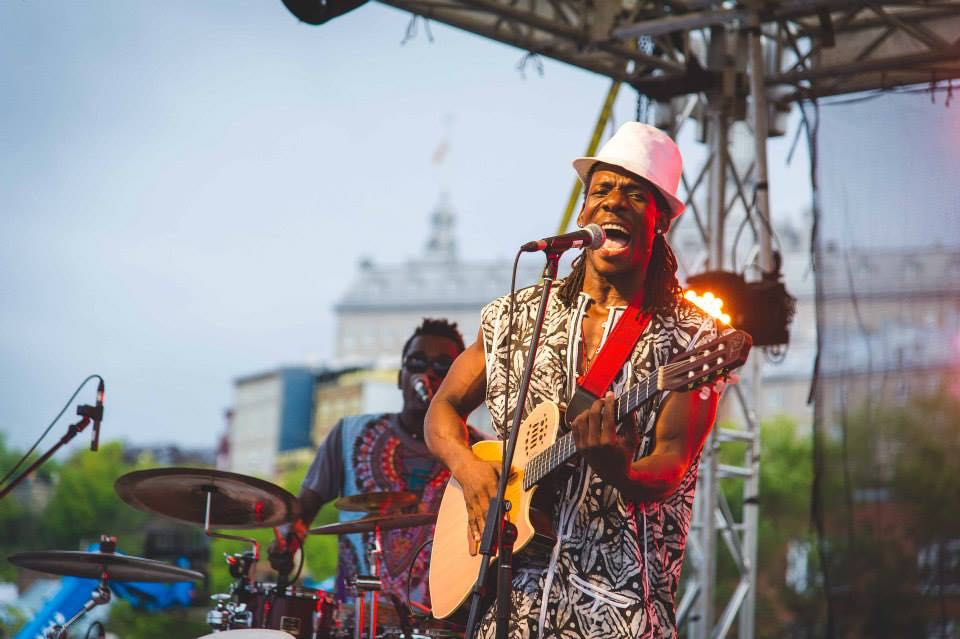 European airfare prices got you down? Why not fly to Québec this summer instead? Québec is practically, Europe, anyway. If you don’t speak French, you may get a little lost, but that’s half of the fun! The Festibière (Festival of Beer) runs Thursday to Sunday, August 17th through 20th.

There will be at least 80 breweries serving beer and ciders, a fancy new beer truck, restaurant pop-ups, artists, and live music held at the Quai Paquet Lévis on the Saint Lawrence River. If you don’t find exactly what you want to eat at the festival, don’t worry! Québec is famously a foodie city. 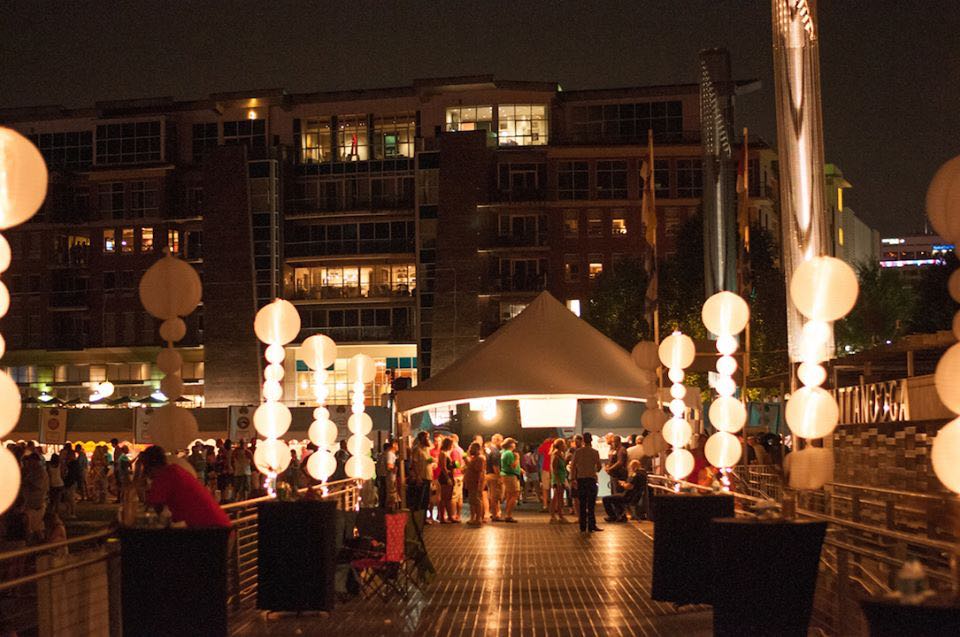 On the last Saturday in August from 2 to 10 pm, the 23rd annual Southern Brewers Festival will be held at Ross’s Landing Park on the Tennessee River in Chattanooga, Tennessee.

Enjoy beer from over 35 breweries, and feel free to bring the kids! Children get in free and adults can play too for $25. Boaters can dock in front of the park for a fee.

If you are looking to make a weekend out of it, Chattanooga has become known as the Southeast’s outdoor mecca, offering world-class rock climbing, whitewater rafting, mountain biking, hiking, and fishing, all within an hour of the city center.

Tour de Fat sounds like the latest title of self-deprecating comedian, Louis C.K.’s list of scheduled performances, but it’s actually an ongoing beer festival hosted by New Belgium Brewing. The tour, which commenced May 20th in Asheville, NC, is named for Fat Tire, the brewery’s popular amber ale and will hit 33 cities this year.

Big names like The Roots, The Naked and Famous, All-American Rejects, Michael Franti & Spearhead and other acts will make appearances, sometimes at more than one event. Tickets range from $15-25, and New Belgium expects to raise $600,000 for non-profits this year through the festival. Plan to see artists, circus acts, street performers, and more. Costumes are encouraged!

Feeling thirsty? Find out where some of the best drinking festivals in the world are and some alternatives to Oktoberfest.