The 10 Best Climbing Festivals In The US 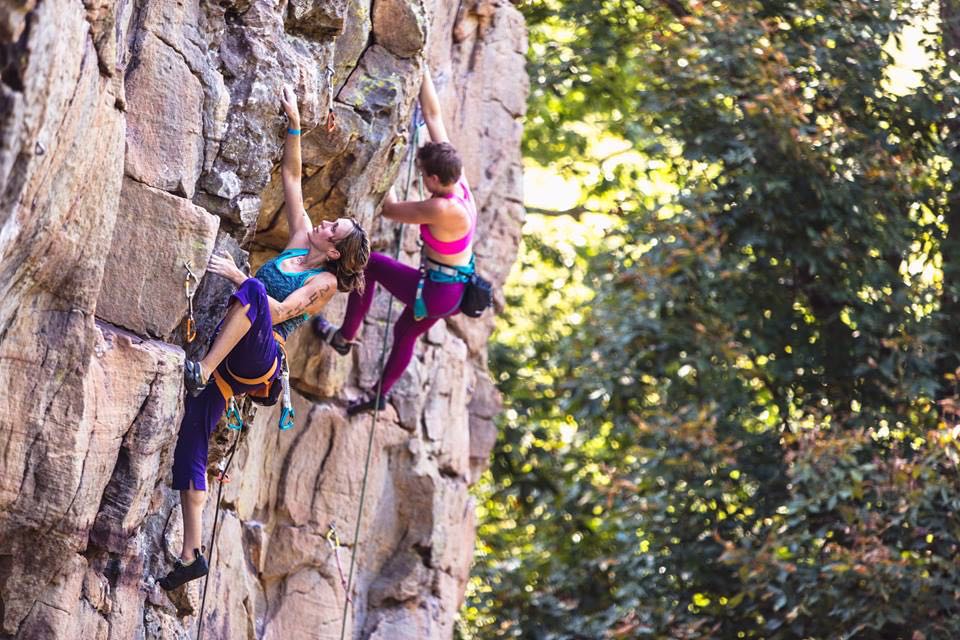 The Best Climbing Festivals In The States

It’s the middle of summer. Temperatures are high; humidity is heavy. Motivation might be low. Why not start planning a climbing trip to get you through the heat? Before you know it, the leaves will begin to change. With you in mind, we’ve put together a list of the top 10 outdoor rock climbing festivals of the 2017 – 2018 season. Just hang in there and keep training. We know you want to climb your hardest this year, so… do it. 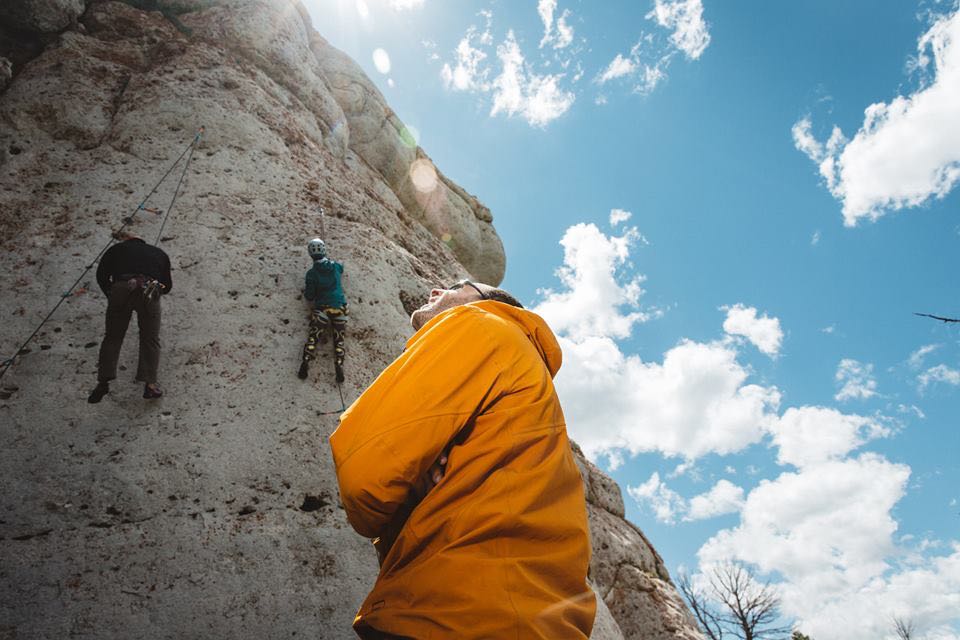 In the summer of 1993, a small group set out to create a festival that would bring climbers from all over to the town of Lander, Wyoming. For the 24th year in a row, the International Climbers Festival will invade Sinks Canyon State Park, the southernmost glacial scar on the face of the Wind River Range.

The climbing is mostly sport on Bighorn Dolomite Limestone with some granite mixed in.  The festival features clinics, a mini film festival, bouldering parties, an art crawl, a Scarpa dyno comp, and live music. An athlete auction will allow festival-goers to bid on their favorite crushers for a chance to climb with them. Don’t miss presentations from this year’s list of keynote speakers, including Joe Kinder, Hazel Findlay, Tommy Caldwell, Matty Hong, Pamela Shanti-Pack and Peter Croft. 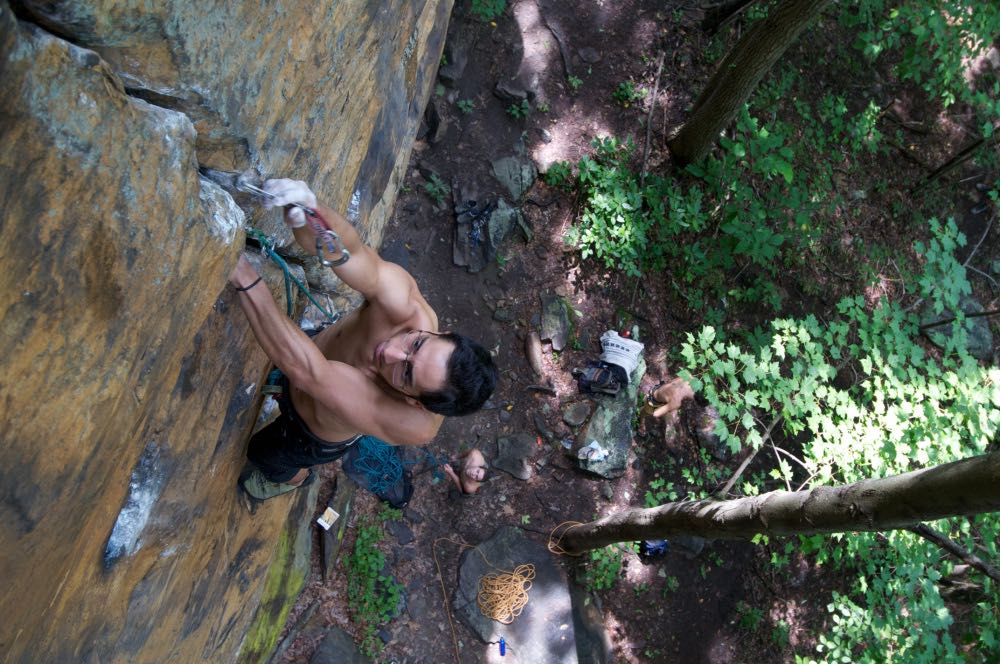 As human beings, division is something that simultaneously makes us comfortable and uncomfortable. We take pride in our identities sometimes to the point of excluding others, yet instinctively yearn to peer over the walls we’ve built to see what it’s like on the other side.

HomoClimbtastic is exactly what it sounds like – a festival that celebrates rock climbing in the LGBT community, but seeks to include climbers of all backgrounds and abilities. The event takes place late July every year at the New River Gorge in West Virginia, for a weekend of climbing, dance parties, a screening of Climbing With Pride, and lots of hilarious games.

This year is the 10th anniversary of the first festival, so be sure to pack something extra hawt to wear, whether it’s a rainbow Speedo or a grizzly bear suit. Anything goes! 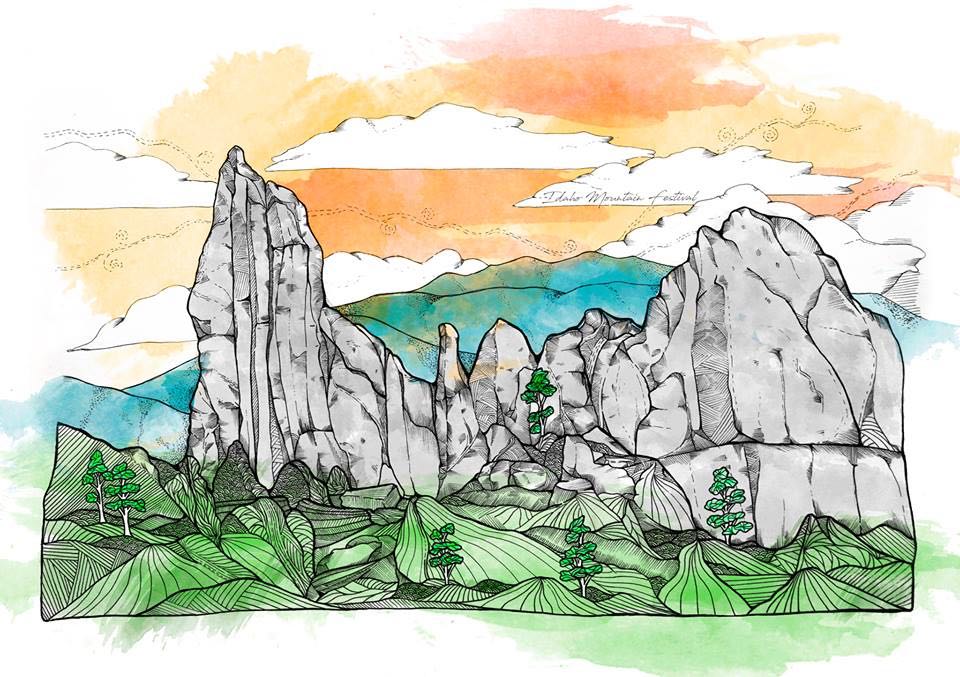 In late September, the Idaho Mountain Festival will once again kick off at Castle Rock State Park. The weekend event is presented by ASANA, maker of amazing crash pads and other gear, and runs from Thursday evening through the end of Sunday. Opening night kicks things off with a sizzle – grilling followed by moonlight bouldering.

Friday begins with demos by La Sportiva, Edelweiss, ASANA, Klymit, and Petzl. Then, you’ll hit the rock for a few hours until before re-convening at camp. There will be mechanical bull-riding, a rodeo-clip round-up, and more stupid climber games. Saturday, the fun continues, with a 10K fun run (because running is always fun) and dinner of Bandera Brisket.

Not good at playing horseshoes? That’s okay! You have all of your sixties to drink cheap lagers while you master the game.

24 Hours of Horseshoe Hell has nothing to do with horseshoes and everything to do with climbing, and we’re guessing you’re half decent at that if you’ve read this far into the article. This festival takes place every summer in northwest Arkansas with the sole purpose of challenging climbers to a 24-hour climb-a-thon.

Wait – we should revise that last statement. Climbing is the main focus of the event, but it’s really just an excuse to stay up all night in the woods, chugging Colt 45s with a bunch of skinny weirdos wearing fake mustaches and Viking helmets.

While competition passes are sold out, you can still snag a spectator pass. It’ll get you access to all the fun and games, including camping, a pancake breakfast, pasta dinner, and climbing (outside of the 24-hour window into hell). 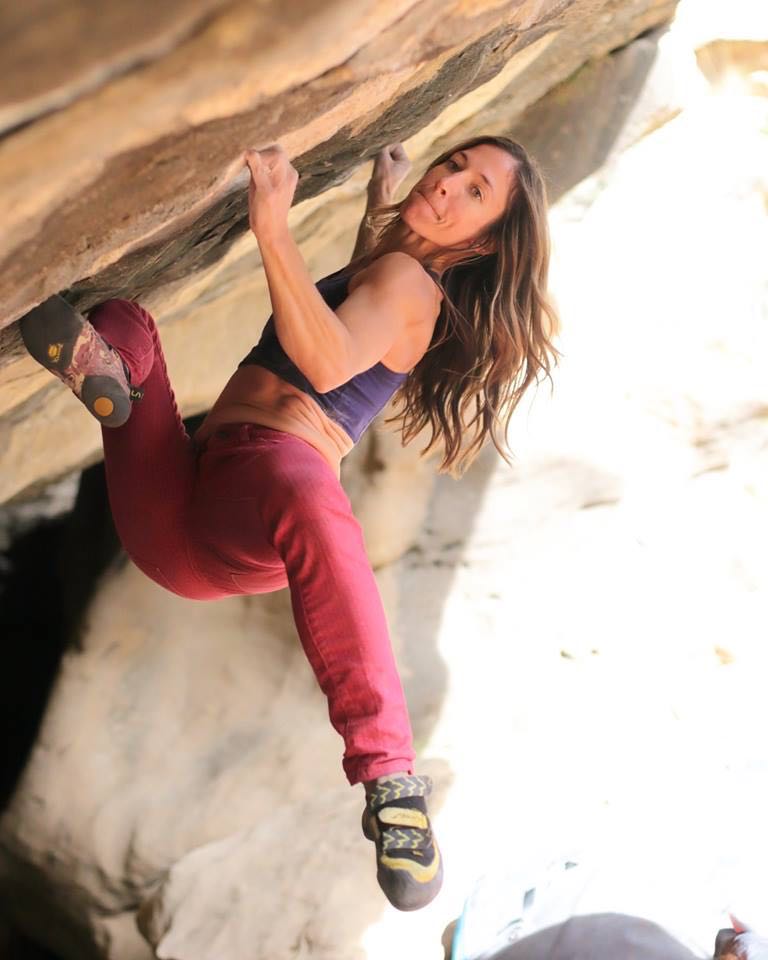 For the third year in a row, Joe’s Valley Bouldering Fest will commence late October just as the leaves are changing (we told you it would happen). If you’re looking to adopt a festival as your own while it’s still new, this one’s for you.

Festival goers will come from all four corners of the U.S. to shred their fingers, eat breakfast pizza, do yoga in the park, and learn to make beef jerky, among other things. Pack some instant pumpkin spice latte coffee mix for an unforgettable weekend.

Some of the United States’ best ice and mixed climbing is in Hyalite Canyon on the south side of historic Bozeman, Montana. The town hosts a festival to celebrate and educate climbers on the niche sport every December.

There will be a two-day self-rescue clinic, women’s clinic, and a youth climbing clinic. Outside of these immersive classes, climbers are encouraged to climb together in the canyon and socialize over hot cocoa at the Black Diamond Advanced Base Camp. Gather at the Emerson Ballroom each evening in town for a hot meal and beers from Bridger Brewing.

On Thursday night, Conrad Anker will present the 22nd annual Mugs Stump Award, which grants funds to individual climbers and teams with unique alpine climbing objectives. The Adventure Film Festival will show Friday and Saturday before the weekend wraps with a Sunday party of dinner, drinks, and storytelling by Kelly Cordes.

Known as the best outdoor bouldering competition in the world, Hueco Rock Rodeo brings together professional and amateur climbers every year at the Hueco Rock Ranch in El Paso, Texas.

Presented by the American Alpine Club, the festival returns each February, a perfect time for pulling as hard as you can on syenite in the middle of a high-altitude desert. The competition is split into categories: beginner (V0-V4), intermediate (V3-V7), advanced (V5-V10), open (V7-V14) and Masters (over the age of 40).

Your top 6 boulder problems will count toward your final score, but sequined leggings will definitely fetch bonus points. Coffee and breakfast will be served each morning in the barn. Later on, enjoy dyno comps, raffles, and beer by Avery Brews. 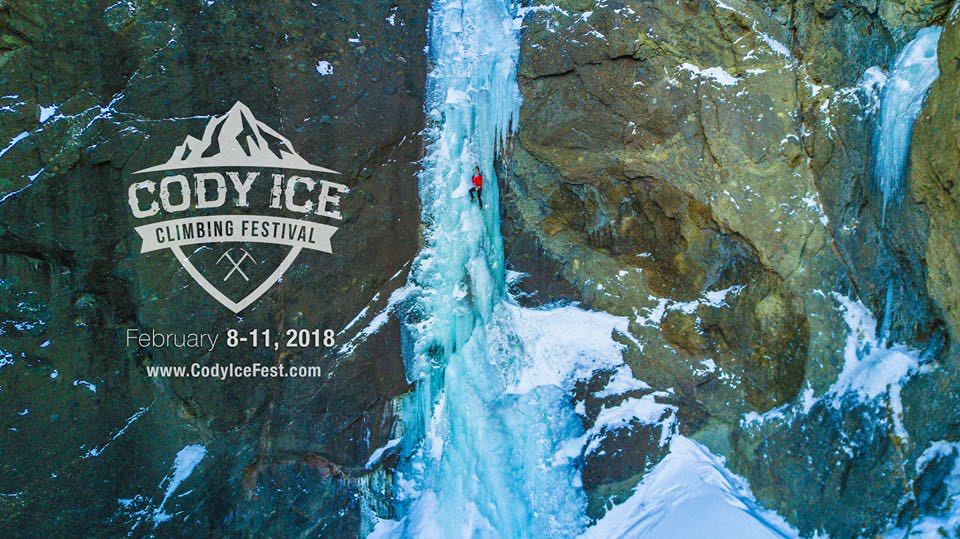 2018 will mark the 20th year anniversary of the very first Cody Ice Climbing Festival in Wyoming. Cody is named for William Frederick “Buffalo Bill” Cody, the famous Pony Express rider, where his spirit and love of adventure certainly lives on.

The town is known as the rodeo capital of the world, the place is packed with outdoor sporting opportunities, from fishing in the summer to ice climbing in the winter. Beginner, advanced, women’s and alpinism clinics during the weekend will sell out fast, so be ready to snag yours. Don’t miss a chance to climb on real, frozen water and learn new things.

All skill levels are encouraged to attend. There will be ice climbing gear raffles every night, Friday and Saturday night presentations, and get this – bottomless beer with the purchase of a pint glass. 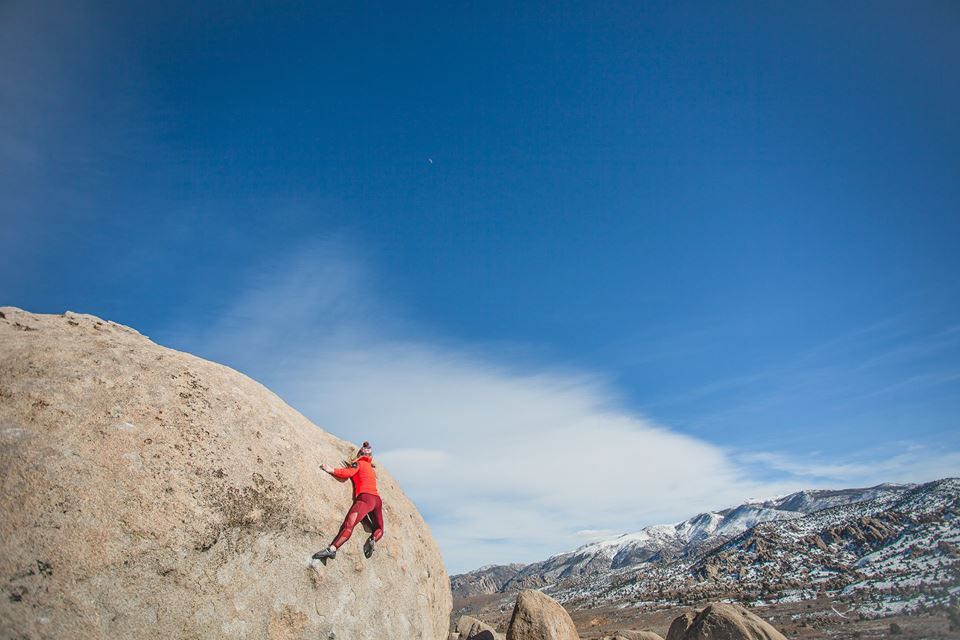 Flash Foxy, the “badass girl crew” based in Brooklyn, has been celebrating the camaraderie of women in the sport of climbing since 2014. That’s when their Instagram account blew up, in a good way.

They also celebrate straight-up, unadulterated girl power. It’s not for the sake of female superiority, but mere equality. Leveraging their success on social media, the group’s first Women’s Climbing Festival was held in 2016 in Bishop, California.

Taught by women, for women, clinics and workshops focused on bouldering, efficient sport climbing, trad and more. After receiving overwhelming appreciation and demand, a second festival will pop-up at Stone Fort in Chattanooga, Tennessee this November. Tickets for the fall date go on sale August 1st. Keep a lookout for next year’s festivals, beginning with Bishop in February. 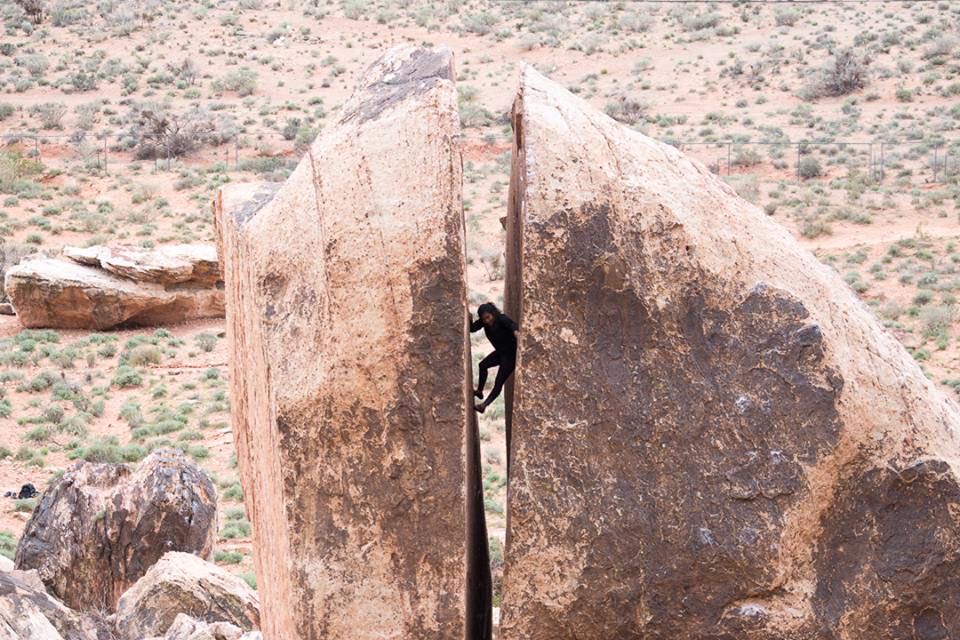 Just a hop, skip, and a jump from downtown Las Vegas, the nation’s largest outdoor climbing fest takes place at Red Rocks Canyon. The highlight of the event is surely the clinics that are offered for all skill levels, from just getting off the ground, to hard sport and multi-pitch.

The weekend participant pass gets you into the opening ceremony, a Saturday dinner buffet, Sunday pancake breakfast, an RRR shirt and some swag. Everybody loves swag! In addition, the organizers offer a package for brand new climbers, which includes shoes, a harness, helmet, belay device, carabiner, and chalk bag. Since you’ll be in Vegas already, plan to catch a Cirque du Soleil show before you fly home. Registration opens September 6th, 2017.