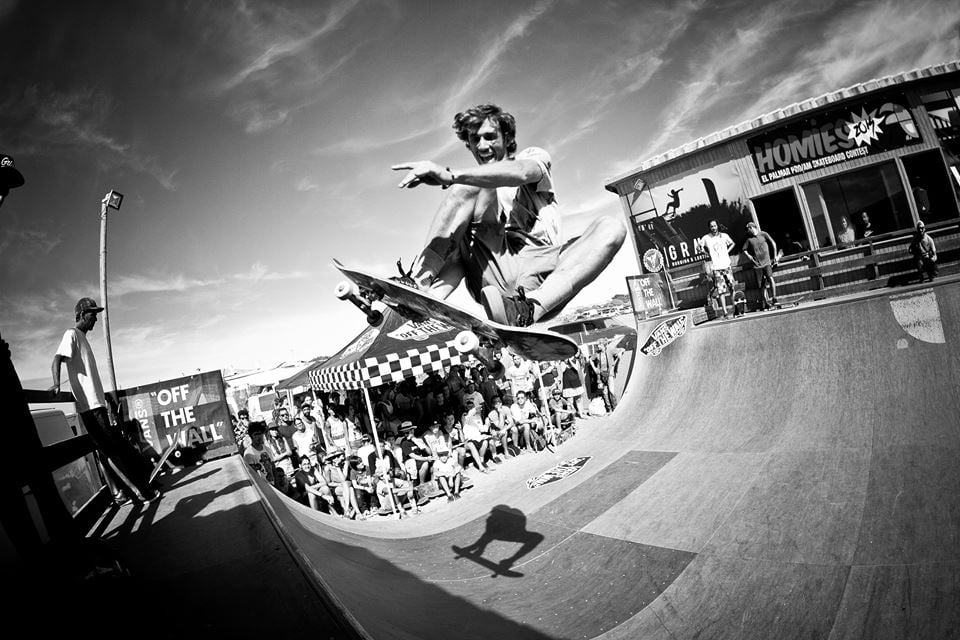 Homies Surf and Skate: The Ultimate Board Riding Camp

Descending upon the British Overseas Territory of Gibraltar on a £100 Easyjet flight from London, I realise that I am not the first person to avail of The Rock’s geographical proximity to the southernmost tip of the Iberian peninsula in order to use it as a staging post on a trip to coastal Spain. The 40- strong hen party at the back of the flight are in full song as they anticipate their minibus ride up the Mediterranean coast to celebrate Barbara’s impending nuptials in Marbella.

However, it is here that the bingo wings brigade and I must regrettably part company, for I am heading west up Spain’s Atlantic Costa de Luz to stay at Homies Surf and Skate, a beachfront boardsport community hub in the little- known beach of El Palmar, to experience four days of paradise.

After a hundred-metre, hassle-free walk across the Gibraltarian frontier into the Spanish town of La Linea, I am instantly met by one of the Homies crew and within minutes we are on the motorway east in light traffic for an 80-minute journey to my new front door. 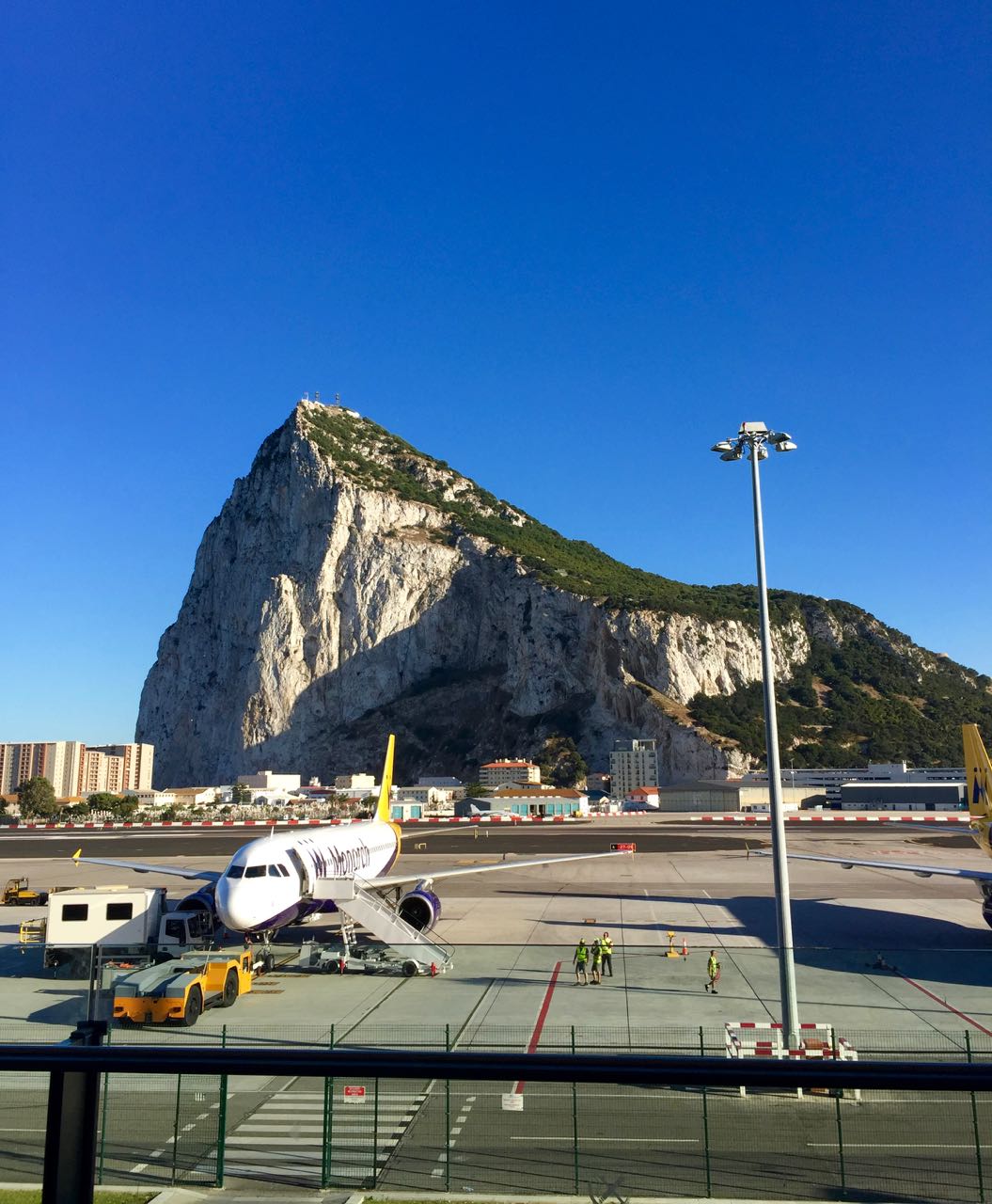 facebooktwitterpinterest Welcome to the Rock of Gibraltar

The contrast between Spain’s Atlantic coast and her Mediterranean counterpart could not be more pronounced: our journey up the coast was speedy, interesting and fun, with quiet roads and precious little development anywhere along the way- much of this seaboard is protected by decree meaning permanent coastal structures or developments with a second floor are forbidden.

We arrive in early afternoon to be greeted by an endless beach which extends beyond the headland as far as the eye can see in either direction. Waves peel in from the horizon like corduroy toward an almost deserted shoreline as we are seated inside an exquisite family- run tuna restaurant which only serves local catch (we are on the edge of the world’s best tuna run here, as the Japanese trawlers in nearby Barbate port can attest).

A couple of beers and some exceptional grilled tuna later I am inside Homies surf shop, the first of three structures assemble by owners Jaime and Alejo in the last five years. 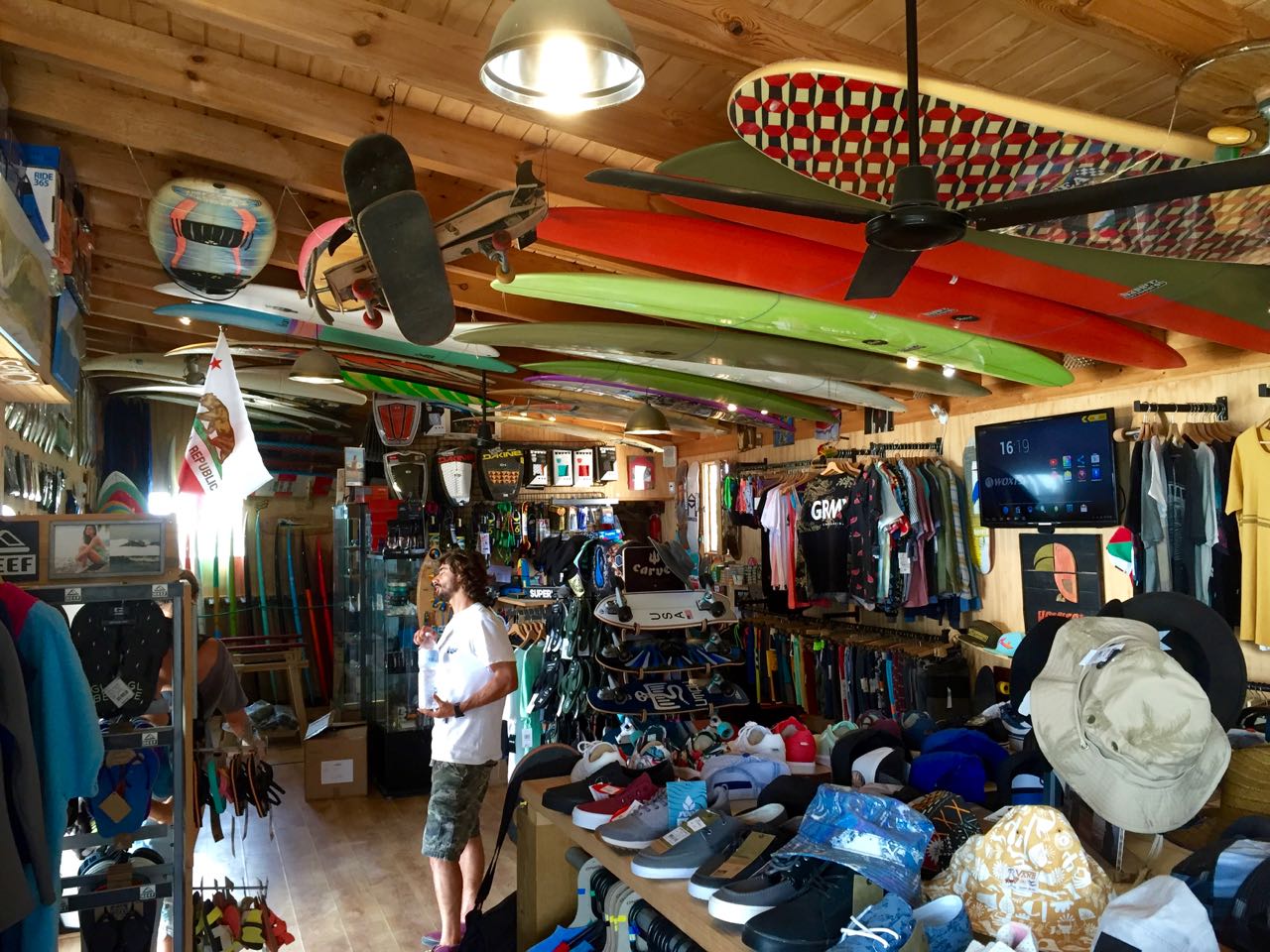 Beside the shop lies a perfect 4-foot mini ramp with two 5- foot extensions, built by German master craftsman Andres Schutzenberger of IOU Ramps with no expense spared on materials to ensure a winter- proof construction. 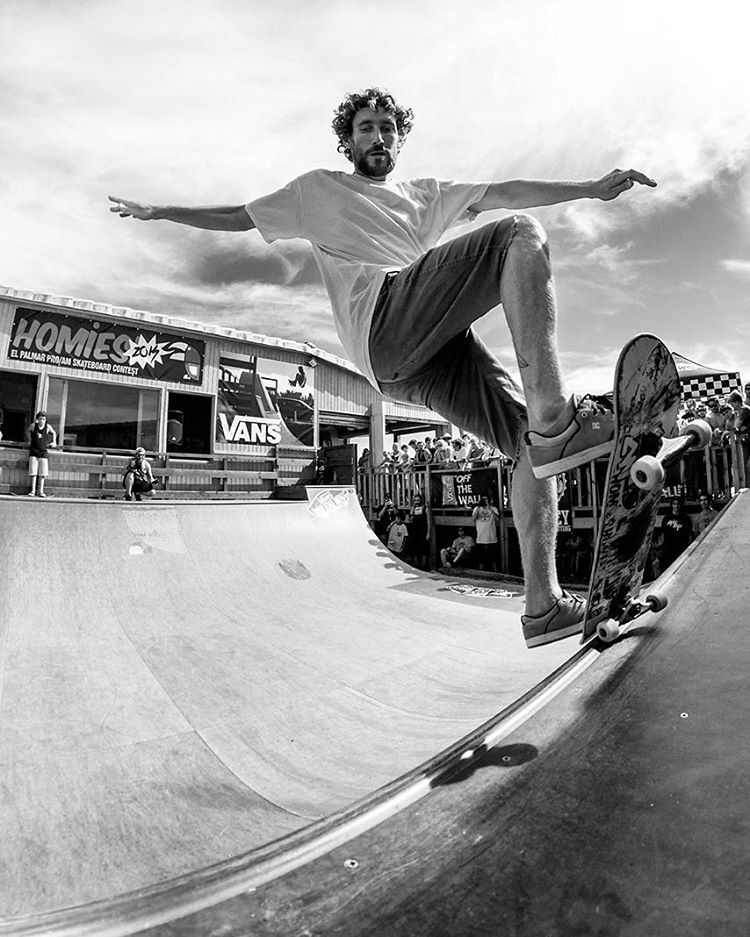 “We haven’t had to turn a screw in it since the day it was made” says Jaime proudly.

Bookending the footprint of their community hub is an additional cabin which offers showers, barbecue, calisthenic exercise space and equipment storage, allowing people to come and go freely throughout their day.

Homies offers full surf packages from beginner’s lessons and children’s groups who can be seen on the beach right out in front of the compound every day, right through to coastal spot safaris for seasoned veterans looking for hidden breaks and offroad explorations of the Atlantic coastline here south of Portugal’s more famous formations. 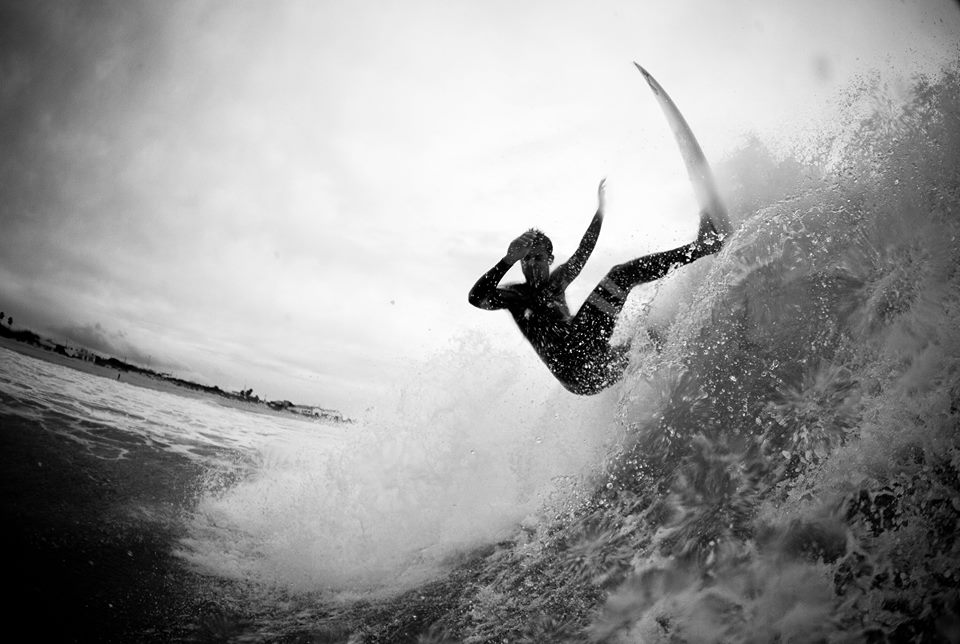 facebooktwitterpinterest Out the front. Photo: Homies Surf and Skate

I, however, want to get rid of my backpack and find my bearings for the duration of my stay, so I get my key from Inmaculada, an incredibly helpful and upbeat yoga instructor and walk three villas back from the shoreline store to one of the Homies villas, and it is immaculate, serene and well stocked with everything you might need to get you started.

Later in the weekend I am joined by two ace Spanish couples on a weekend surf jolly, but as they are up and out at first light, I only really see them at last beer time out front at the barbecue table.

There is one small but well stocked supermarket, one butcher and one fishmonger who opens until 2PM then calls it a day- that is how laid- back this place is.

Saturday night sees convivial gatherings in open- plan eateries and a little bit of music along the former dirt track behind the single dune which shelters the beach, but other than that there is no drama after dark- supremely civilised, as the Spanish do best.

The next three days are spent doing exactly as my heart desires and very little else- the surf rolls in endlessly and always deserves a plunge, the locals are disarmingly warm and relaxed, the beaches never- ending, the weekending Spanish beachgoers build elaborate umbrella structures as their dogs scamper along the shore, the mini ramp sessions are upful and a genuine community vibe abounds.

One evening we find ourselves at the house of Alejo (one of the owners of Homies) where he has a custom surfboard shaping room as friends stop by throughout. These people live and breathe what they do every single day and its very seductive. I even saw a real- life Andalusian cowboy leading a pony train along the water one morning. 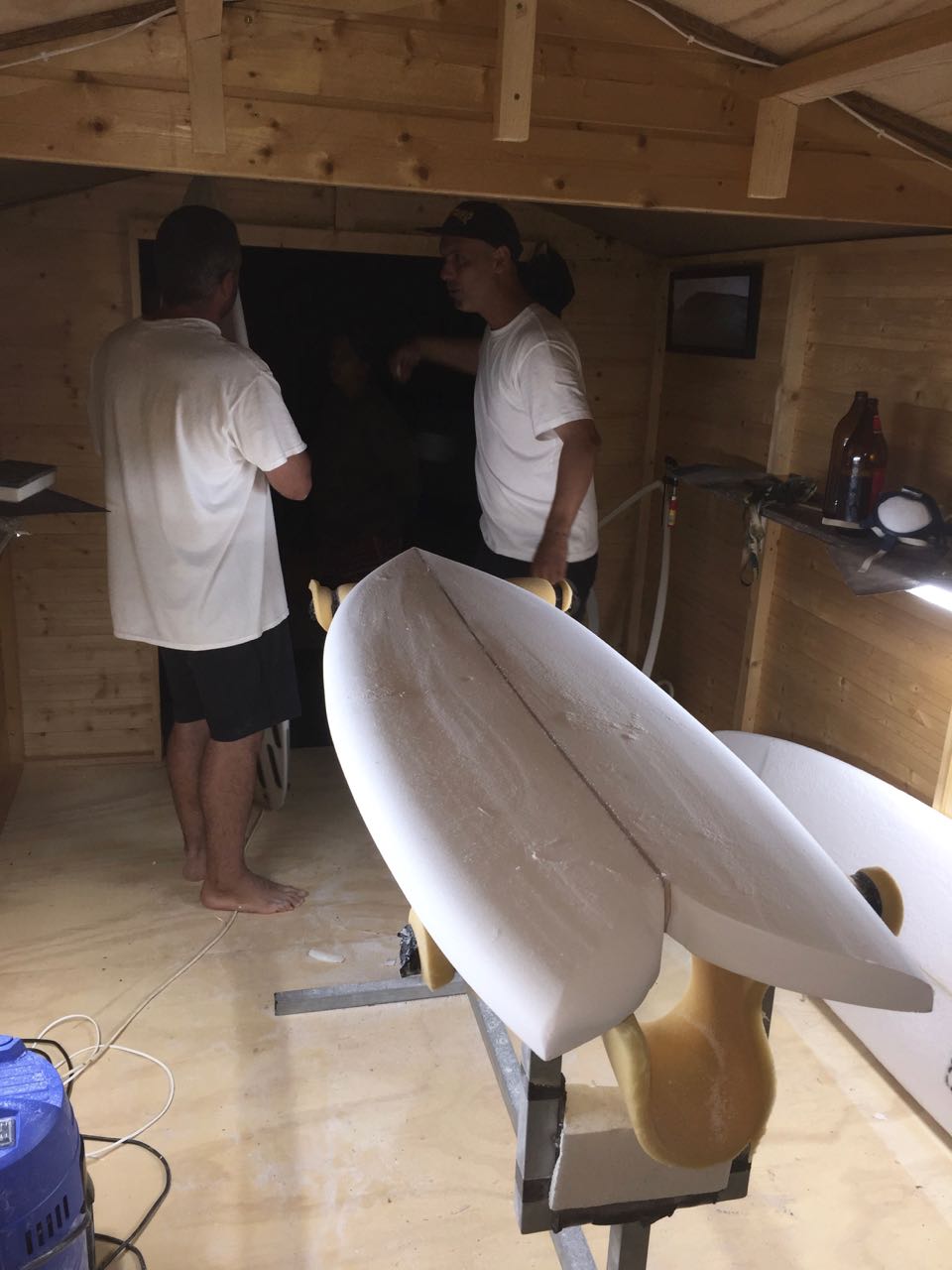 facebooktwitterpinterest Talks in the shaping bay

Alas, reality intrudes and my four-day adventure must conclude. Another uncomplicated transfer of just over an hour sees me back at the Gibraltarian frontier and after another effortless and speedy crossing (although that is not guaranteed and the Brexit of June 2016 seems sure to have an impact there over time) I am awaiting my departure back to Gatwick in the company of a reassuringly British, flat, expensive beer.

Gibraltar is served by several UK airports; my flight was £100. El Palmar can also be reached via Seville Airport 1 and a 1/2 hour drive away.

All surf, skate and accommodation enquiries can be made directly with Homies Surf and Skate

The mini ramp contest takes place on the weekend 13/14 August.