Hiking In Italy: 8 Of The Best Trails In The North 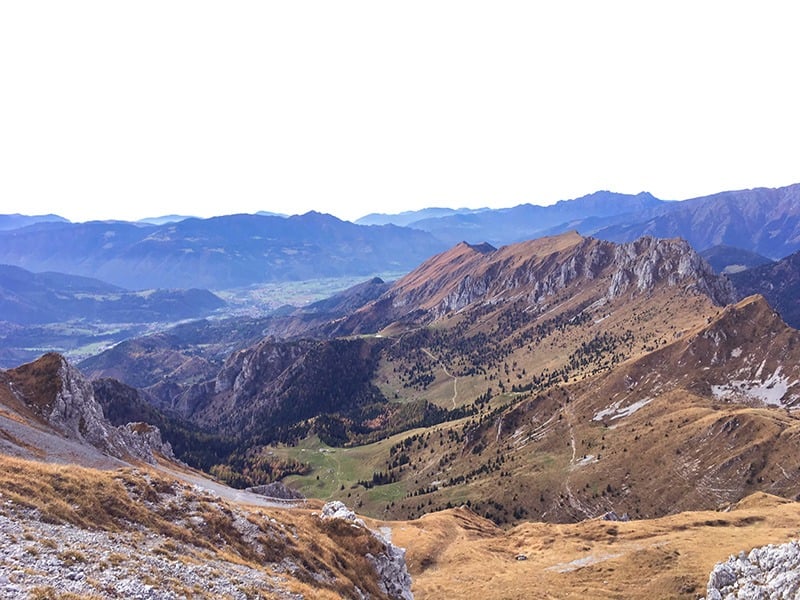 Where to hike in Northern Italy

With the summer approaching in the Northern Hemisphere many countries are easing lockdown measures and travel restrictions. Just in time to restart tourism ahead of the summer holidays. But where can you go? Many European borders are opening in June with most countries welcoming tourists from the EU, the Schengen zone and the UK as of July 1. This year Northern Italy has been blessed with mild temperatures and sunny days stretched the hiking season super long, allowing the outdoor lovers to trek almost every weekend. That’s why we have compile this guide of the best hiking in Italy for all the international explorers out there!

The Orobie Trail is an 80km hike that connects some of the most stunning peaks of this stretch of the Italian Alps, located in the province of Bergamo. It is a fascinating journey that proceeds to an average altitude of 2100 – 2200 m, reaching a maximum altitude of 2712 m.

It crosses a variety of landscapes, from woods to meadows and alpine peaks. At night you will rest in rustic but comfortable CAI (Italian Alpine Club) huts where you can taste the typical polenta and stew dishes.

The central-eastern section of the Orobie Trail begins from the calcareous zone of the Val Canale, and joins the central-western section, in the upper valley Brembana. It runs through the high peaks of the valley Seriana: Pizzo Redorta and Pizzo Coca. Further, it continues through the Val di Scalve and the spectacular dolomitic mountains of the Presolana. An area renowned for its first class climbing walls. 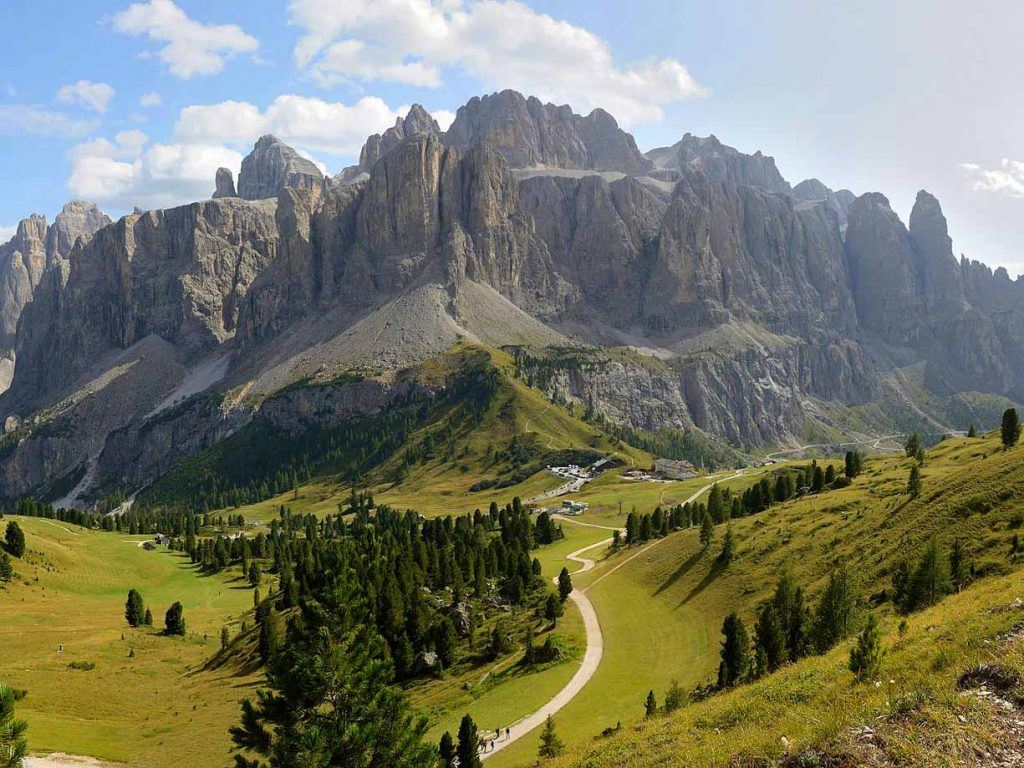 The Gran Paradiso National Park is Italy’s oldest and most cherished national park. Here you will encounter high mountains, deep valleys, woodlands of larch, alpine grasslands, glaciers and an incredible wildlife (have you ever heard of the Alpine Ibex?!)

The park offers a variety of mild-to-demanding hikes, including the highest trek that takes you to the top of Punta Rossa (3,630m). You can spend the night in one of the rustic huts along the route and get a taste of the rich local cuisine. Check out the GPS track here. 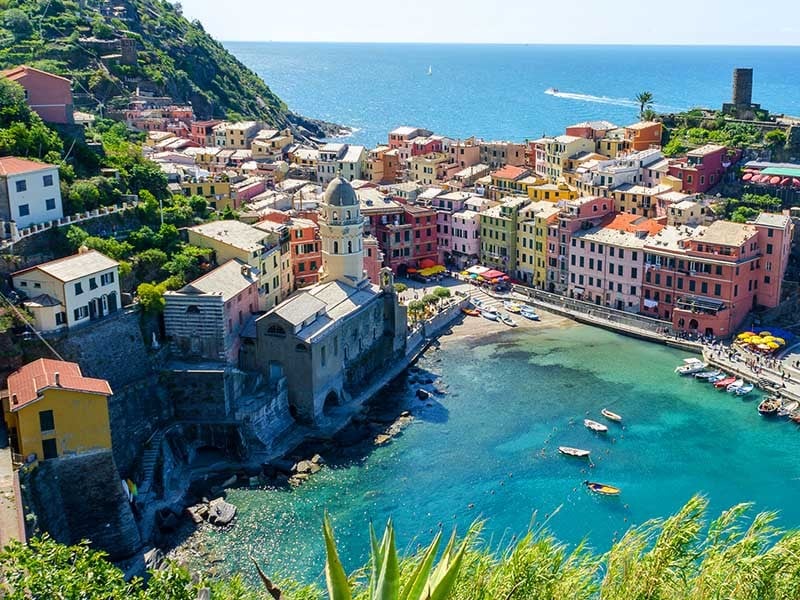 The Cinque Terre, aka one of the most istagrammed areas of Italy, really is as jaw-dropping as the photos you’ve seen. It is an ensemble of five pastel coloured fishing villages perched on cliffs. The Sentiero Azzurro (Blue Trail, marked No. 2 on maps) connects all the five villages across vines, olive groves and terraced hillsides.

It follows the coastline along the Ligurian Sea from Riomaggiore to Monterosso, but you can also stop in the middle village, Corniglia, and get a train back.

Once there, check out the Cinque Terre Card (€6) – your ticket to the trail. 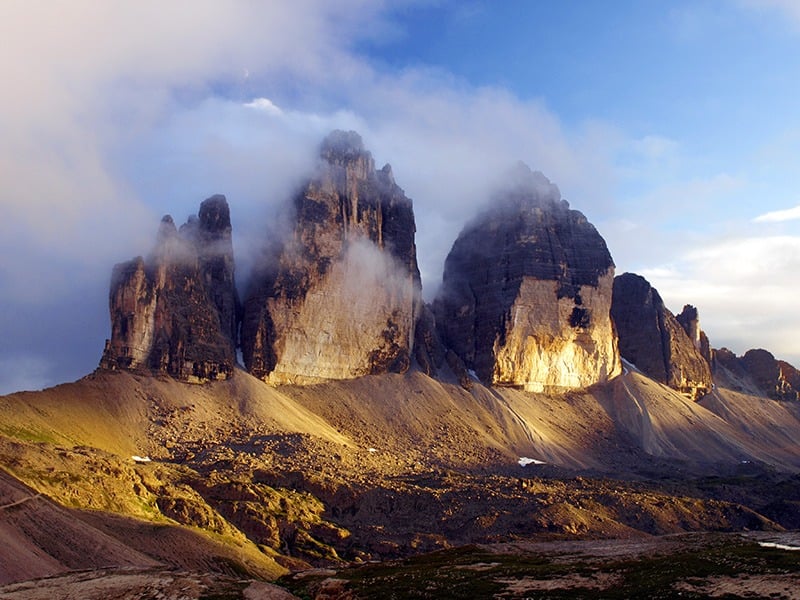 The lap of the huts of the three peaks of Lavaredo is a hike suited for less experienced walkers and families. It’s a walk through the postcard landscapes of the most photographed peaks of all the Dolomites. Starting from Cortina, the path follows the Fiscalina valley to the Valle Fondo hut. It continues to the Comici hut and the Pian di Cengia hut where you can rest overnight.

The next day the walk continues at the foot of the peaks, passing through the Lavaredo hut, the Auronzo hut and the Locatelli hut. With five hours of walking the first day and between six and eight the second, this tour is perfect for a weekend away from the city. GPS track here. If you also like skiing, road biking and trail running check out the activities of Dolomite Mountains. 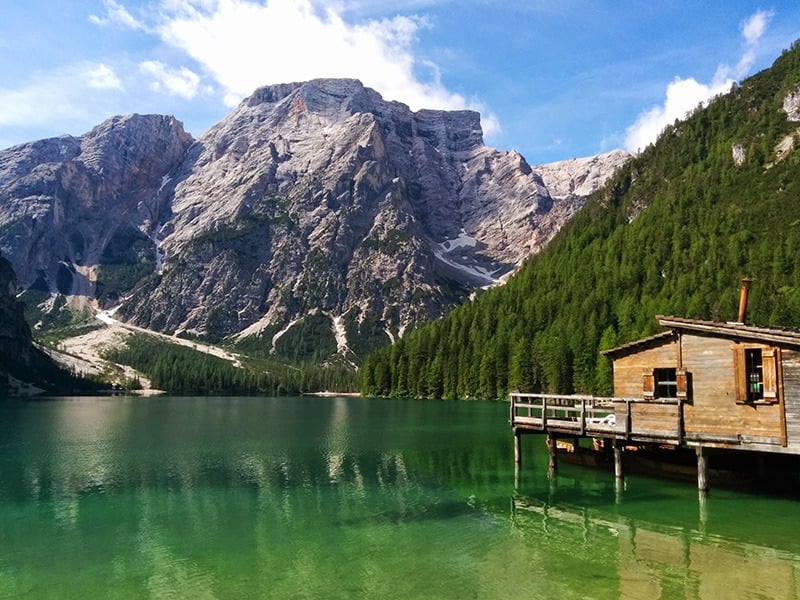 This is an easy and super instagrammable hike. The light-blue lake encircled by the mountains is for sure one of the most famous sights of the Dolomites.

It’s a ring hike around the lake, the terrain is mostly flat with the exception of some steps. The reflect of the peaks in the lake are exceptional. Try also some guided walking tours with Country Walkers. 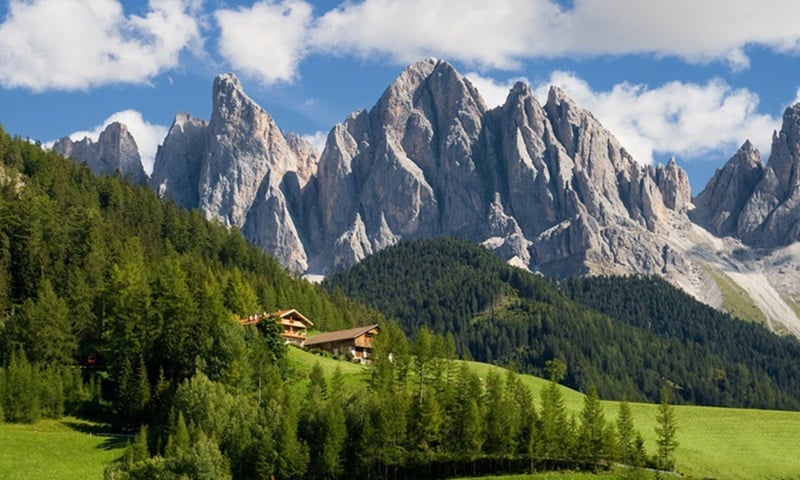 6. Alpine Path of the Dolomites no. 2

The Alpine Path of the Dolomites no.2 is an unmissable classic for seasoned hikers. Also known as the Way of Legends, the high path touches some of the most famous dolomitic groups including the Sella, the Marmolada and the Pale of San Martino.

This marvellous hike winds through pastures, woods and rocky slopes connecting Brixen with the ancient city of Feltre. The itinerary runs through 30 mountain passes between 2000 and 3000 meters of altitude, bordering a series of large peaks over 3000 meters high and some pristine alpine lakes. Get the guide here. 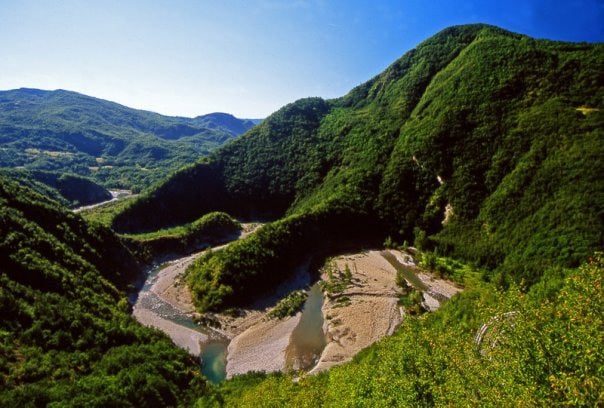 The old village of Brugnello towers on the scenic Trebbia river valley. From here you can get spectacular views of the sneaky light-blue river.

This ring hike also touches three other historical villages: Moglia, Carana and Pietranera. The hike follows a sweet and almost flat path through woods and hills. A relaxing choice for a day hike. 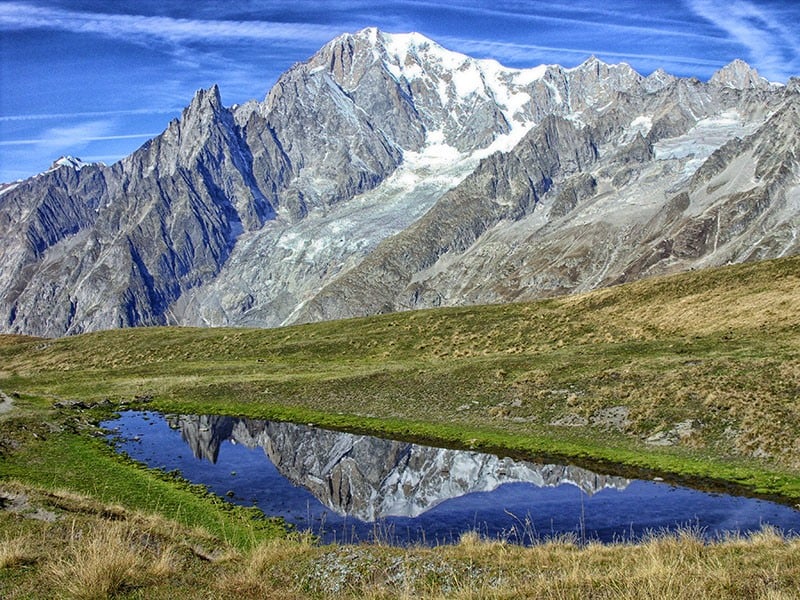 The most majestic alpine rock giants will be your adventure companions along the Alpine Path no. 1 of the Valle d’Aosta. This high altitude trekking winds at the foot of Monte Rosa, Cervino, Grand Combin and Monte Bianco, and is therefore known as the Giants Trek.

A full immersion in the nature and traditions of Valle d’Aosta. Do not be discouraged by the length of the itinerary, which connects Donnas with Courmayeur in 17 stages of 3-5 hours each. It can be easily completed within a week: if you are not super fit or you do not have a full week, you can also hike just a section. Get a detailed guide and GPS track here.

And if hiking in Italy is not enough, see also our list of 10 Best Treks of Nepal and the guides to Annapurna Base Camp and Everest Base Camp treks.

Rad Season is providing you with rentals and hotels at the lowest prices available online. Book your stay near Italy using the map below!