Frühlingsfest: There’s An Oktoberfest In Spring?

Rad’s Guide To Frühlingsfest In Germany

It’s time to dust off your lederhosen, because Oktoberfest in Germany is coming five months early this year. Well, not technically Oktoberfest, but Springfest (Frühlingsfest in the local dialect), which is essentially the same thing, but earlier, springier, and with other subtle differences. Want to discover the festival that is sometimes known as “Oktoberfest’s little sister”? Let’s explore some more.

The beer is the same 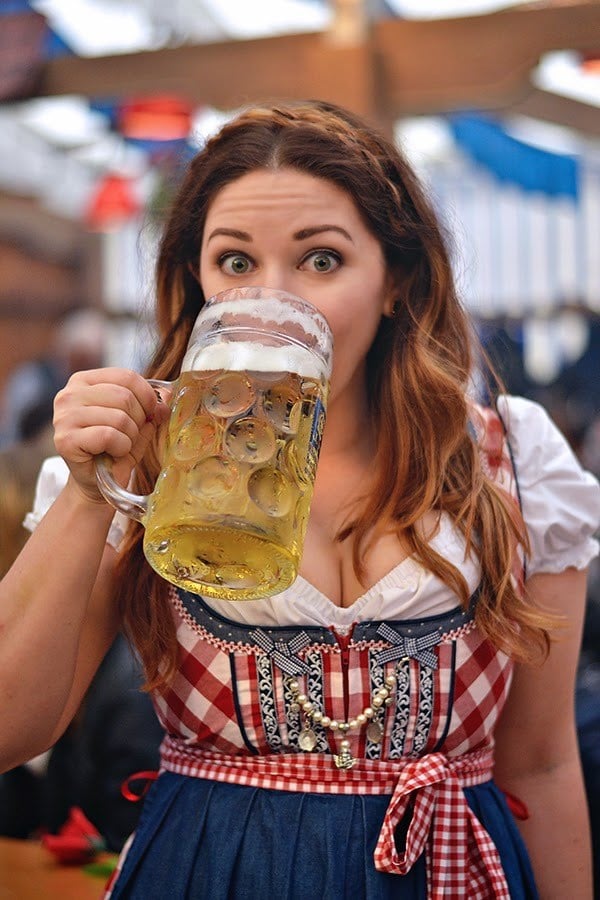 For all intents and purposes, there is little difference between the Oktoberfest beers and the Springfest beers. They come from the same breweries, obey the same German purity laws (only water, barley, hops and malt allowed in the beer) and are served by the litre. The brews are different, with the breweries putting out special Oktoberfest and Frühlingsfest batches, but what are you, an expert on Bavarian brewing? Oh, and they’re about €1 cheaper at the spring manifestation of the famous beer fest, which when you’re going for a few days, to drink a fair few beers each day, adds up to extra pretzels.

The other wunderbar stuff is the same too 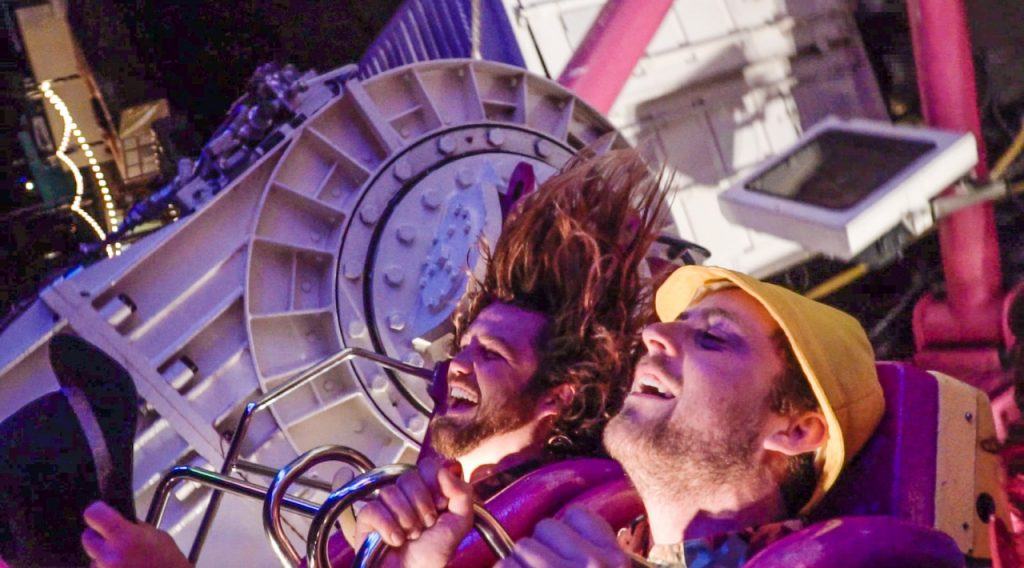 There are beer tents staffed by beer wenches serving up delicious German beer drinking food, plenty of carnival rides to test your stomach against the beer and food, oompah bands whipping the happy crowd into a frenzy and everybody is decked out in their finest Bavarian beer drinking attire, lederhosen for the men and dirndls for the ladies, so it’s a pretty hot crowd that you’ll be getting merry with.

Frühlingsfest is a little smaller 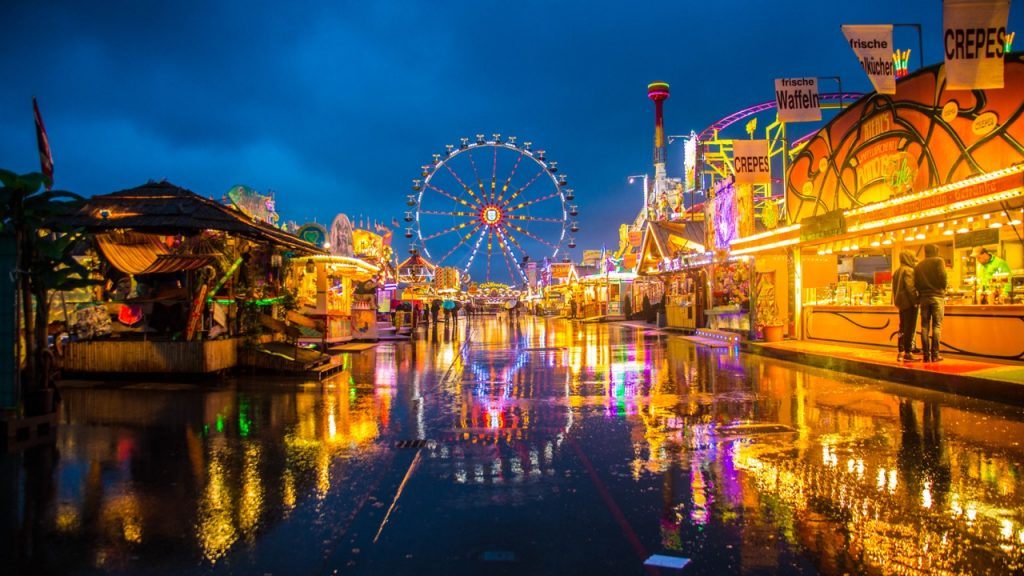 The two festivals are held at the Theresienwiese, Munich’s hallowed beer-drinking grounds, but Springfest occupies a little less space. There aren’t as many beer tents, nor carnival rides, but there is a massive flea market and hot rod show, if you want to combine those two things with copious amounts of beer. 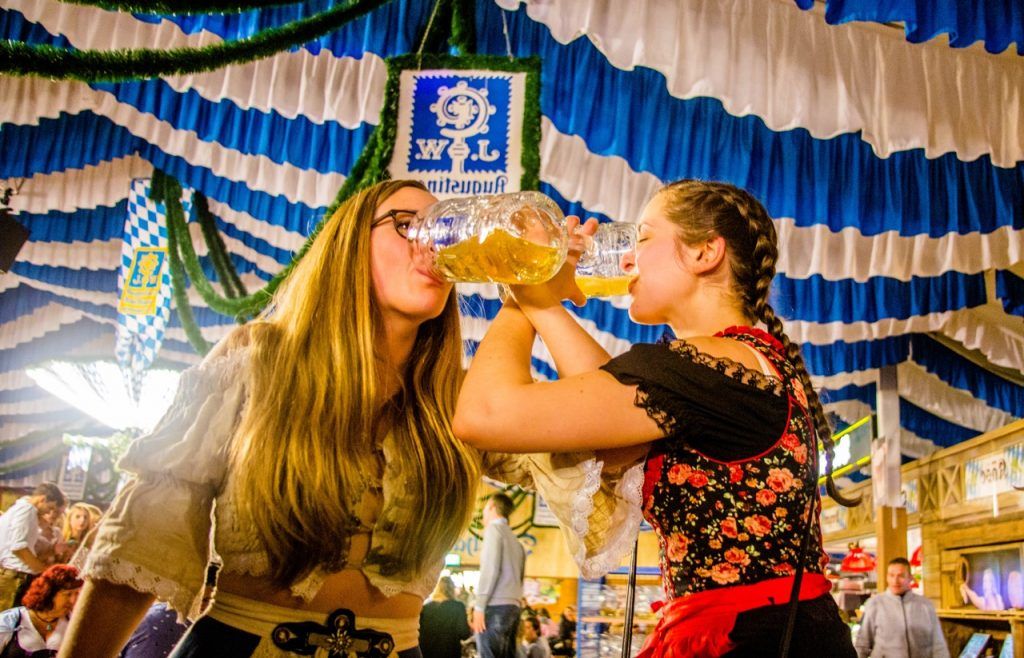 Frühlingsfest is smaller because less people attend, but that is not a bad thing by any means. The people missing out on Germany’s other beer festival are the out of towners, the tourist hordes who just aren’t yet turned on the smaller fest’s manifold charms. This means that the crowd that does show up, 10s of thousands of them, are mostly locals, locals who know how the party works best, locals who will be excited to see you there and interested in you. There’s nothing quite like swilling beer with thousands of Bavarian professionals, and at Springfest foreigners are a novelty so there will be plenty of locals to party with. 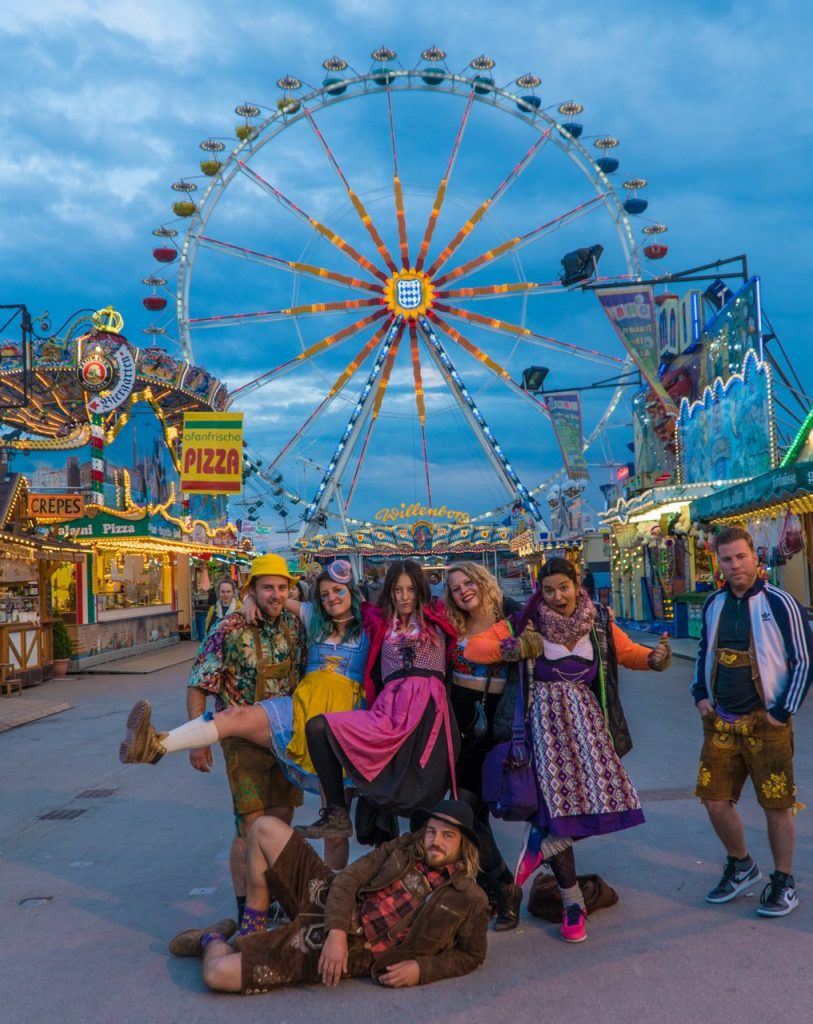 One of Oktoberfest’s dirty little secrets is that it’s almost entirely held in September, and the date change was done to take advantage of better weather. That is sometimes the case, but often not, with autumn being a hit and miss season in that part of Europe. Springfest, however, is on the improving side of winter, and that means more sunny days and more sunny days means better opportunities to sit outside. What Springfest lacks in beer tents it makes up for with beer gardens, and who doesn’t want to sit outside with thousands of new friends, swallowing beer while the spring sun lashes your face?

We know it doesn’t take much to get you excited about yet another beer festival, so we’ll be seeing you in Munich this April 26th-May 12th.

Stoke Travel, the masters of Oktoberfest, put on another huge party for Springfest, so your stay will be guaranteed to be filled with awesome people, delicious beer, hearty food and all the good times you can handle.

Rad Season is providing you with rentals and hotels at the lowest prices available online. Book your stay near Munich using the map below!

Wade Gravy is the former editor of Australia's Surfing Life and life-long part of the Stoke Travel menagerie of misfits. His latest project finds him cutting across Spain in search of the country's weirdest and wildest fiestas and he's constantly on the hunt for the best sub €5 bottles of vino tinto.