Louder Than Life 2023: The Ultimate Whiskey, Food and Rock & Roll Experience Louder Than Life is an annual music festival that takes place in Kentucky, USA. Also known as the world’s largest rock n’ roll whiskey festival, the event returns bigger and better than ever for its seventh year. Annually delivering the most spectacular […]

Plan for Louder Than Life 2023

Louder Than Life is an annual music festival that takes place in Kentucky, USA. Also known as the world’s largest rock n’ roll whiskey festival, the event returns bigger and better than ever for its seventh year. Annually delivering the most spectacular rock & roll lineup, the festival will once again welcome the biggest and best names the scene has to offer.

Louder Than Life 2023 will welcome more than 50 artists across the three-day event. Stay tuned for the headliner announcements to drop soon. 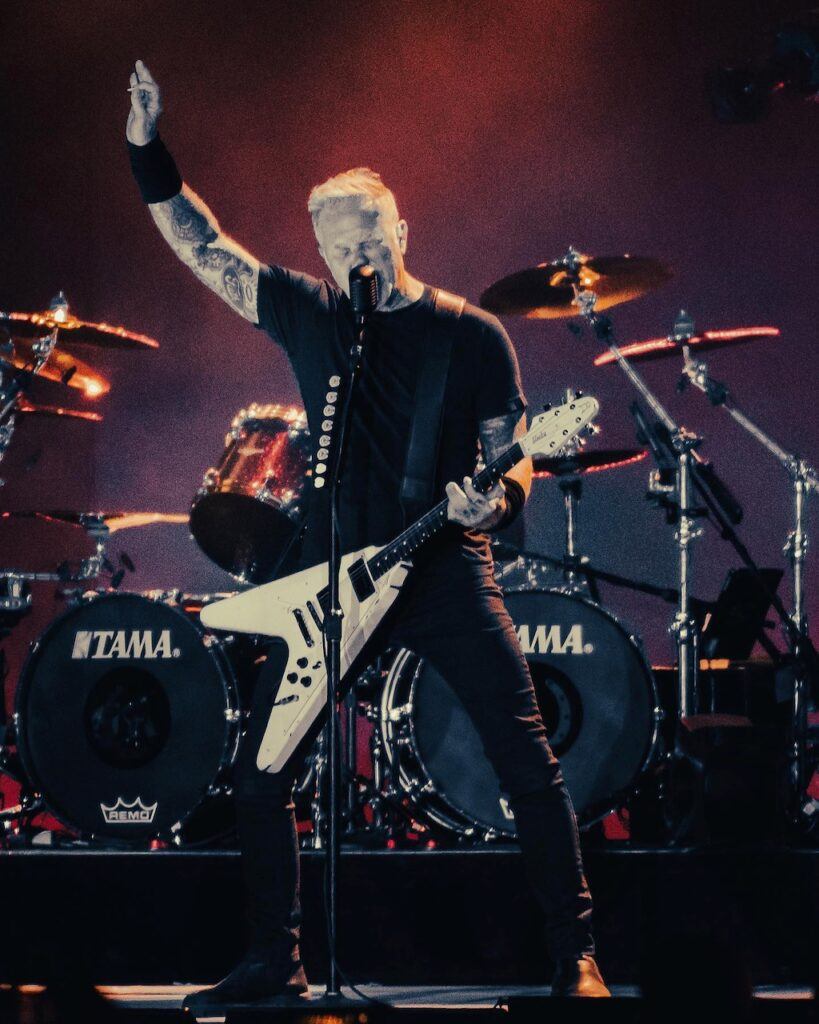 Where to view Louder Than Life

How to get around Louisville

Car rental facilities are available throughout the airport, offering affordable and flexible transport options for visitors. Parking is also available on site and more information will be provided closer to the date. If you are travelling via public transport, you can take bus routes 2 or 18 directly to the festival grounds. Rideshare options such as Uber and Lyft are also readily available throughout the city and during the event. 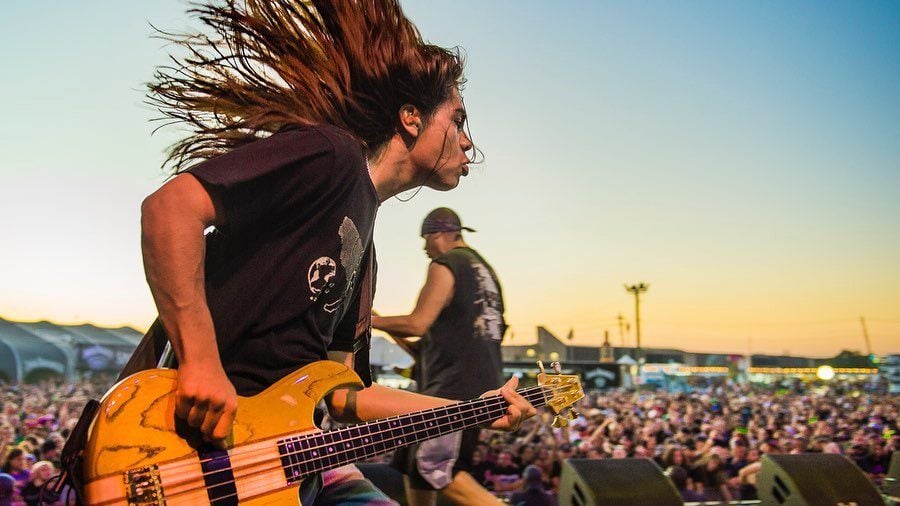 Where to stay in Louisville

There is a range of accommodation options available throughout Louisville. You can purchase ticket and hotel packages directly through the festival, which include VIP weekend festival tickets and exclusive merchandise. There are a number of official partner hotels, which are offering discounted rates for festival attendees; including Aloft Louisville Downtown, Courtyard Marriott Airport, Crowne Plaza Airport and Hilton Garden Inn Airport.

Nearby Apartments and rental options are also available within the vicinity of the event. You can explore all the nearby accommodation options on the map below.

The festival also features camping options for those wanting the full Louder Than Life experience. On-site camping passes include access to the official campgrounds and all its facilities from Thursday through Sunday, as well as re-entry to and from the festival grounds. Car camping and RV camping passes are also available at an additional cost and spots are limited to 4 campers per site. 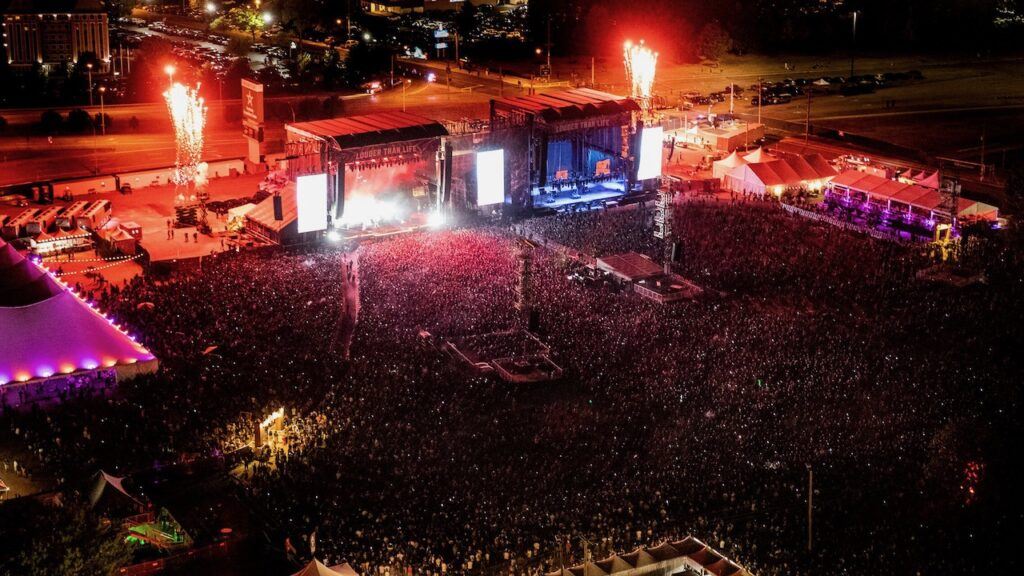 Things to do in Louisville

The city of Louisville features a variety of things to do. One of the city’s most popular attractions is the Louisville Zoo, which features a habitat for a range of animals, as well as a splash park.

Throughout the city and the surrounding areas, there are a number of outdoor areas, which feature walking paths, water features, play areas, public art, picnic areas and more.

Other popular things to see and do in Louisville include the Louisville Slugger Museum & Factory, The Frazier History Museum and the Muhammad Ali Center. 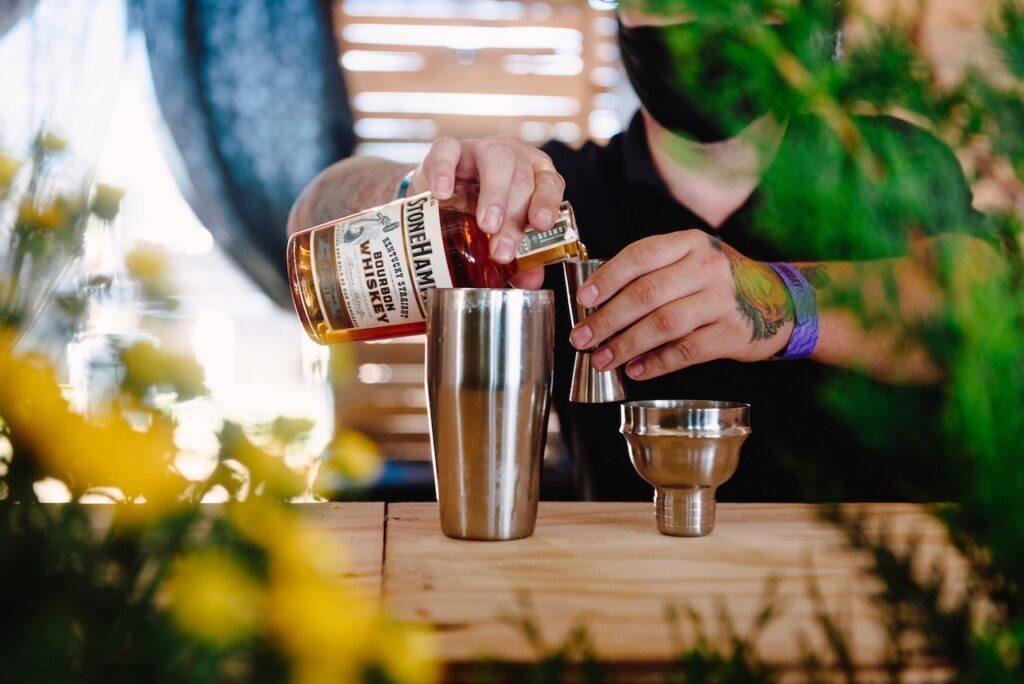 Stay safe: Even the best-laid plans can head south. SafetyWing travel medical insurance can help you stay safe and cover you in unlikely situations as well as that epic road trip or on your next adventure. How to stay safe during Louder Than Life 2023? If you’re not covered for your trip yet, get your quote here.

Accommodation near Louder Than Life 2023

Rad Season is providing you with rentals and hotels at the lowest prices available online. Book your stay for Louder Than Life 2023 using the map below!

Sign up for more news about Louder Than Life 2023