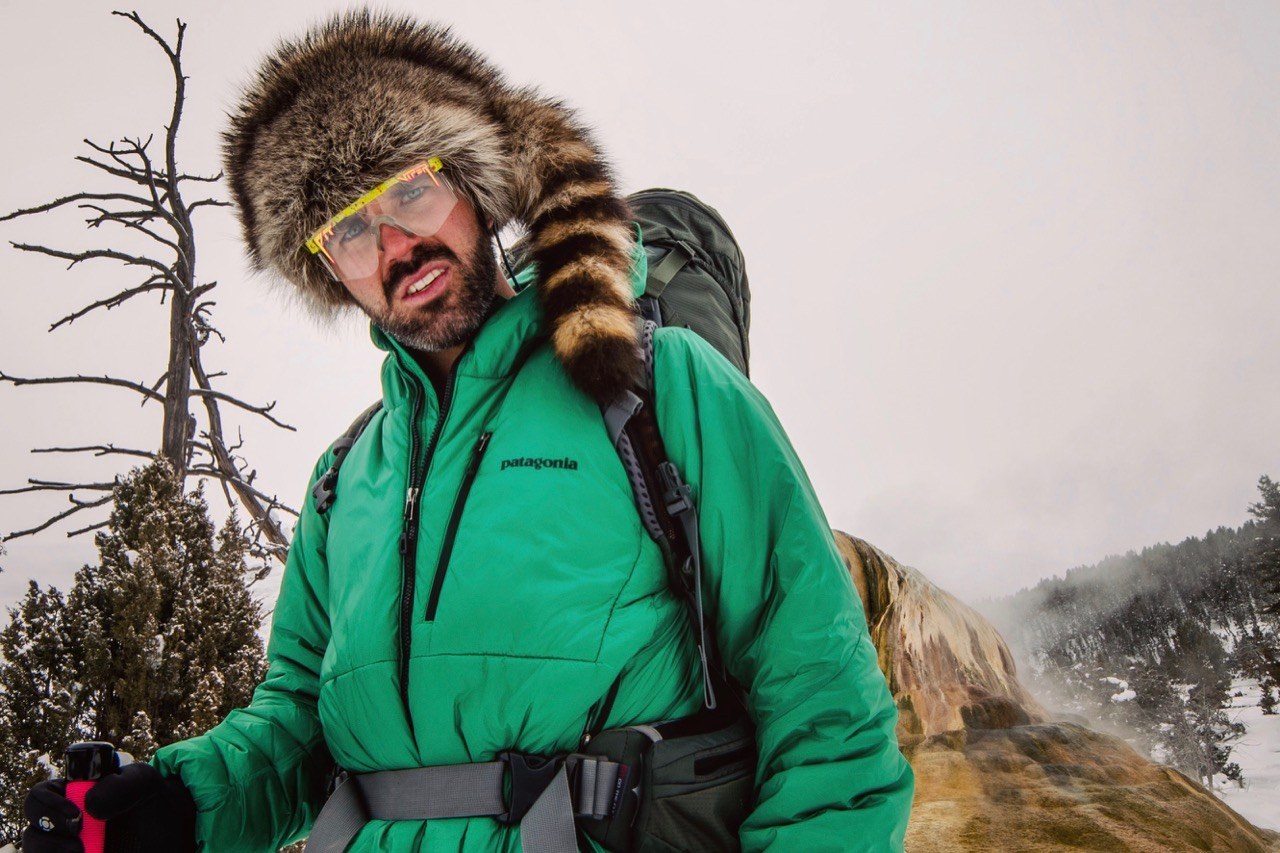 Growing up in Montana, Wade Holland was a competitive freestyle mogul skier for many years and has always been involved in the adventure world as an athlete and behind the scenes. After winning TNT’s adventure reality show, 72 HOURS Wade built his own content creation company focused on wild and original adventure stories encouraging you to get out and taste nature.

Wade’s passion for off the beaten path adventures has sent him on the hunt for unique and obscure cultural and rad experiences like competing in Ostrich Racing in Virginia City to wakeboarding in freezing lakes in Scotland. He’s won GoPro Awards and has received Emmy nominations for his work.

Tune in to find out more about how Wade went from being a skier to a video producer, what outdoor adventures he’s been on recently and the crazy experiences he has planned.

Hope you can join us for this special 50th Episode of the Rad Season Podcast. It’s gonna be a wild one!

Oli Russell-Cowan: Have you been getting outside much?

Wade Holland: Yeah. So obviously, with a pandemic, things kind of slowed down. When it first hit, no one was going outside. It was like a total lockdown. But after time, they slowly started opening some things up.

The cool thing about LA is there’s truly so much nature just all around us. So even just going for a walk around the neighborhood. There’s so much life blooming right now plants. I have been getting out as much as I can.

The cool thing with LA is there’s just like so many opportunities for adventure out here.

Russell-Cowan: You grew up in Montana, and you’ve got a pretty interesting background in freestyle mogul skiing, where you were competing. I’d love to know how you got into that.

Holland: My knees are very angry at me for deciding to do that for so many years. But yeah, man, I grew up in Montana. So I grew up in the town, Bozeman, Montana. A lot of people know about Bozeman now because of that show Yellowstone with Kevin Costner. It’s kind of a hot town right now over here in the States. I grew up when Montana was definitely more under the radar.

Bozeman is a small town, Montana was kind of off the beaten path. And naturally growing up in an area like that you’re just immersed with so many outdoor opportunities. You ski, that’s kind of what you do in the winter if you grew up there.

I was lucky enough to grow up with a family that was really active. My sister actually became a professional skier. She was a big mountain skier. She actually was the North American freeskiing champion back in the 2000’s. So I was in this family that was just a big ski family man.

I grew up at a little hill called Bridger Bowl, the cold smoke still love that place, man. It’s one of the OG ski hills in the world, I think one of the best. They had a really cool Mogul program. There was some famous skiers that came out of Montana, Tanner Hall, he was a mogul skier who came out of Montana. So that was in the late 90s when a lot of that was happening, and I was a young kid. So I said, Hey, this is amazing.

‘I want to be a part of these Renegade freestyle guys’

How can I be a part of this. And so I got into freestyle mogul skiing early and did that for a long time until I thought I wanted to ski at a college level. And so that moved me down to the University of Colorado in Boulder. When the goal was to ski for the university. I was hoping that that would be maybe part of it. But you know, my knees, were just not liking that idea of a trajectory in life. So yeah, I eventually kind of gave up the mogul skiing, but it really was my introduction into the whole world of adventure sports, stoke and living an adventurous life. 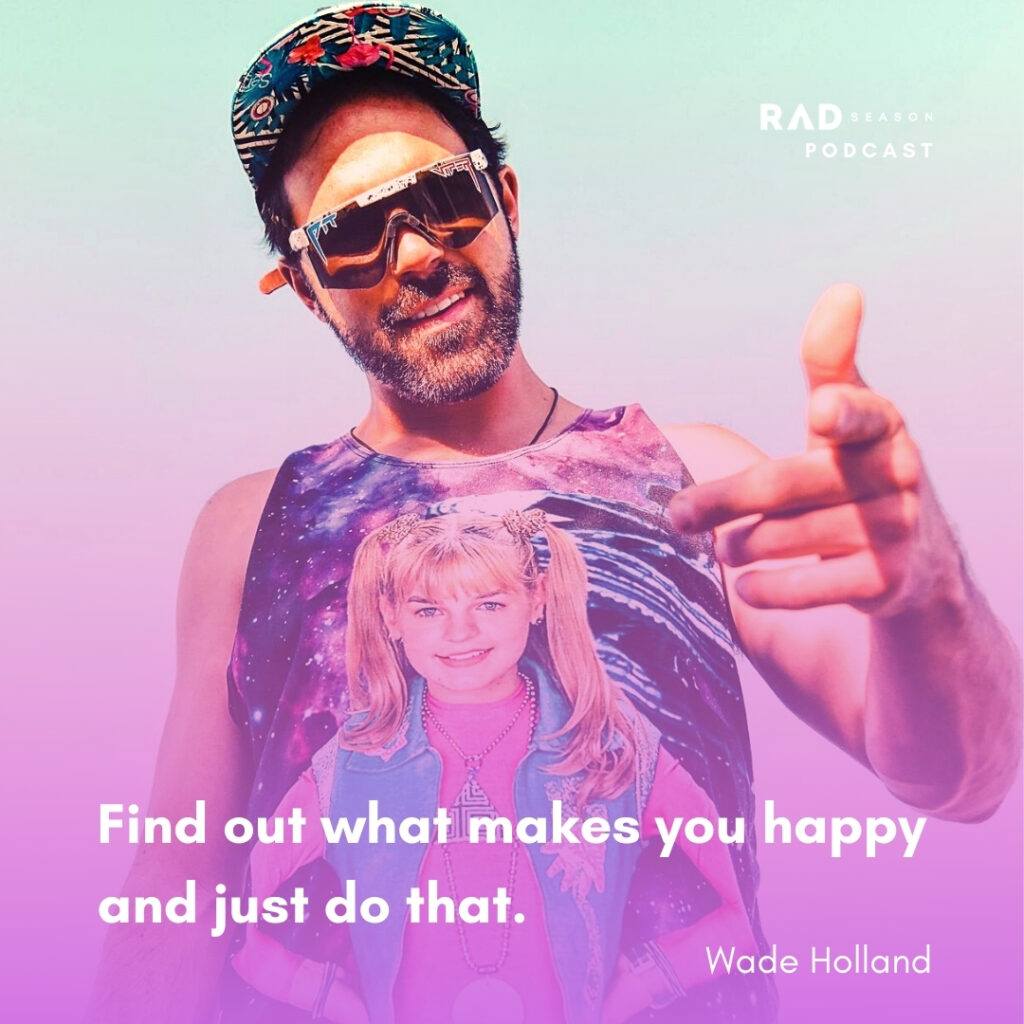 Russell-Cowan: Were you then going to University specifically to ski or combing it with studying?

Holland: I would say to my parents, I’d say I was going there to study. If my parents weren’t involved in the conversation, I probably wasn’t thinking about studying that much.

There was a skier named Jeremy Bloom. He was a freestyle mogul skier who was very popular back in the early 2000s. He wore a gold helmet with the University of Colorado logo on it. He got a lot of attention because he was a collegiate athlete who played football, but then he also was a professional mogul skier. He was a really cool person that I looked up to at that age. I’ve been like, wow, this guy goes to school here, but he skis for the university and he’s skiing professionally. It was a really cool thing I was hoping to do.

But again after graduating, I realized that that was a whole different trajectory. If you’re going to be mogul skiing at that level, you that is your focus, you’re giving everything else up. And I kind of realize, you know, with some of the injuries I had, I also shattered my femur. So I have a titanium rod now in my leg. That was a pretty serious injury, a shattered femur and multiple knee injuries. So from the injury side of things, and then also realizing that I had interests outside of just mogul skiing,

I realized I think the path for you know, mogul skiing career wasn’t in my cards. But I still went to the University just because it was an awesome opportunity to kind of further go into the stuff I’m doing now, which is the content side of things in the adventure world. 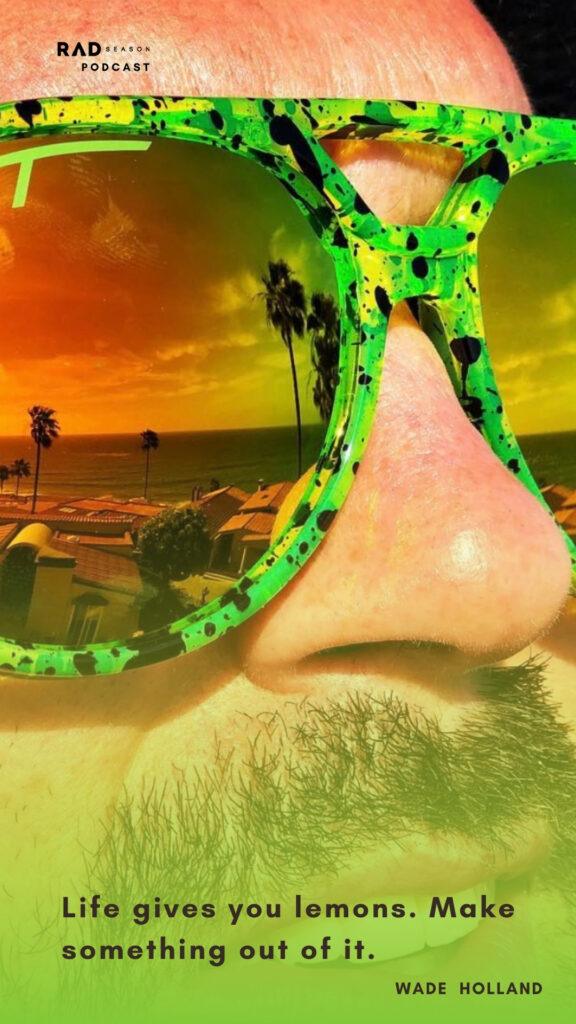 Russell-Cowan: What did you study? were you doing business is that right?

Holland: You’ve done your research, amazing. Yeah, so I, I went to school for business marketing. I actually studied that and Spanish. So I have a degree in Spanish as well. I lived over in Spain over your neck of the woods for a little while, studying Spanish.

I honestly didn’t really know what I wanted to do. When I went to college. I knew that I loved adventure sports, I knew that. I loved connecting with people, I knew that I was a very much a social connector in a lot of ways, I think. And so I think the marketing thing just sort of naturally fell in and I said, How can I combine this with the adventure sports, the social connecting aspects of life, and that kind of led me into the content storytelling.

That was definitely pre-YouTube era way before social media. And so I was trying to figure out how do I make a career out of this? And that sort of led me into this this project, The Adventurous 500.

Russell-Cowan: That’s a crazy project as well, man, I’d love to hear more about the Adventurous 500.

Holland: I kind of want to redo that again, at some point, just because it was so many experiences condensed into 500 days.

It was right when YouTube was coming out. And that was when a good friend of mine came to me and said, Hey, why don’t we do this idea. We’re ready to graduate. We don’t really know exactly what we want to do. But we know we love storytelling using multimedia. So why don’t we just go around the state of Colorado and find these unique experiences, unique stories of people, and then let’s just capture it ourselves. We don’t need to have a big film, company or team come with us. Just you and I shoot this stuff, whether it’s on our phones, whether it’s with like a little DSLR camera. And again, this is like right when YouTube was coming out. So we’re like, why don’t we just put this up on this new platform called YouTube? Then why don’t we put these on Facebook, Instagram wasn’t around. TikTik certainly wasn’t around, like just the early social media days. But it was really cool.

The idea was, every day we would go around the state of Colorado, we’d find a different business or a different experience, and do an adventure with them anything from food eating challenges, we wrestled an alligator in southern Colorado. We met Steve O from Jackass. We did a freestyle rap with him. So it was like, all these combined experiences over 500 days. 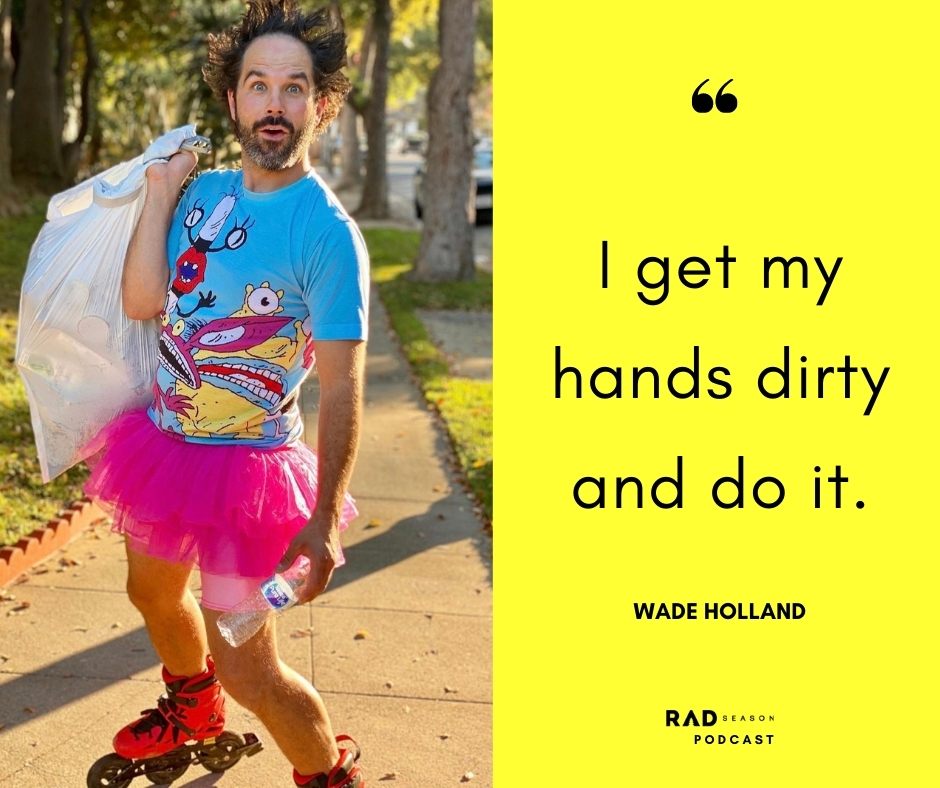 We funded it by going to these businesses and saying that the day that we featured their video, and you know, these short little social videos on YouTube and Facebook. That day number is the actual number the business paid us.

So it was like day one literally went to a business and was like, hey, for $1 we’ll make this video, day two, we went to another business $2 all the way up to 500. So it was a really easy buy in for these businesses. You know, I was going to places and saying, Hey, this is gonna be $35 on day 35.

At the time, they were like, you’re 22 years old. What are you saying to me? I don’t understand this, but you want $22 sure what the heck, here’s $22 out of my wallet. So it was truly a way to just like get these videos going quickly and make enough money to kind of survive and do it and pay rent.

We just jumped into the deep end. So we learned editing, we learn all the sides of creating content, marketing it and then just building a community that was the coolest thing for me is seeing people that kind of came out of the woodworks of being like, oh man, you know about this place where you can wrestle an alligator in Colorado, I’ve heard of that, tell me more.

So it was all these cool people kind of like a lot of the RAD Season folks and people that tune into this show. We were finding those people in Colorado and it was really cool. That was a time when it was just early on, there wasn’t a lot of that content out in the world. So it was fun to see that content organically get some attention.

Eventually the state of Colorado, the tourism group found out about it, and we worked with them. It kind of grew, you know, enough to 500 days that eventually got picked up by an ad agency. We worked with them afterwards. It start of my career really with content and wrestling alligators.

Rad Season is providing you with rentals and hotels at the lowest prices available online. Book your stay near Los Angeles, California using the map below!