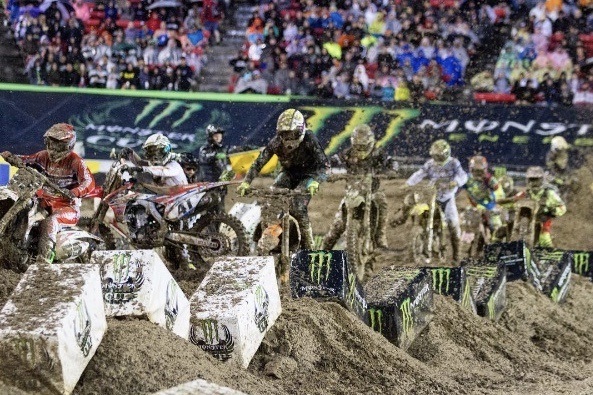 Sin City played host to the final round of the 2016 AMA Monster Energy Supercross season.

The heavens opened up on Sam Boyd Stadium as the best supercross riders in the world converged for the 17th and final round of 2016.

In the 450SX class Ryan Dungey capped off a sensational year taking his ninth round win of the season to mark his second straight premier class championship title. Dungey proved near unstoppable this year showing extreme consistency and a determination like no other.

To mark his level of professionalism, Dungey finished on the box an astonishing 16 times with a worst placing of fourth. In the process the Red Bull KTM rider also broke Chad Reed’s consecutive podium streak of 25, going above and beyond to now hold the record at 31.

Having wrapped up the title a week earlier, one could have forgiven Dungey for easing off the throttle in Vegas, however, that is simply not in his make. The champion excelled on the rain affected track and even a collision with second placed Ken Roczen could not rock him as he brushed himself off and reloaded to take the chequered flag.

“We really focused on the last couple races of the season to get the championship. We wanted to end the season strong and that was the goal tonight,” Dungey said.

“These were definitely the toughest conditions of the season. Ken was putting on a charge and riding well, but he made a mistake and I had nowhere to go. Thankfully, I was able to get up and get going again and finish strong.” 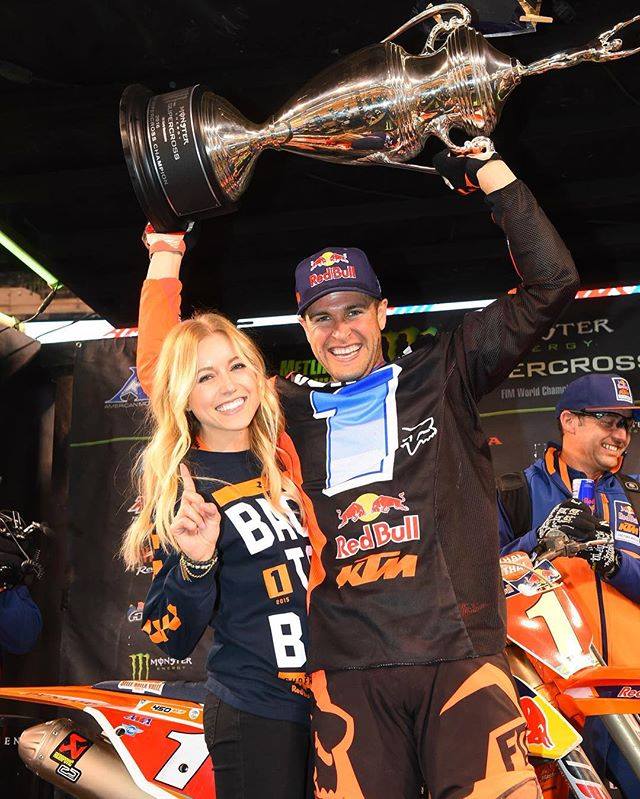 The final race of the season saw Husqvarna’s Jason Anderson and Monster Energy Kawasaki’s Eli Tomac land on the podium in second and third respectively.

Failing to recover from the incident with Dungey, Roczen recorded a DNF yet still held onto second place in the overall championship standings. It was a great result for the German who really started to hit his straps in the second half of the season. Anaheim One winner Anderson would round out the overall 450SX podium in his sophomore year.

In 250 racing fans were treated to an all out war as the East and West series combined for one final moto.

Unfortunately for Savatgy a win proved just not enough as Yamaha’s Cooper Webb rolled in at 12th place to win the 2016 West championship by just one point. It was a very calculated ride by Webb who knew where he had to run and later revealed he did so with a broken wrist.

“It was a good race, but it’s setting in now [that I didn’t win the championship] and it’s a little disappointing,” Savatgy said.

“We ended the year on a good note and we did what we had to do [tonight]. Cooper came in here and did what he had to do as well, and hats off to him.” 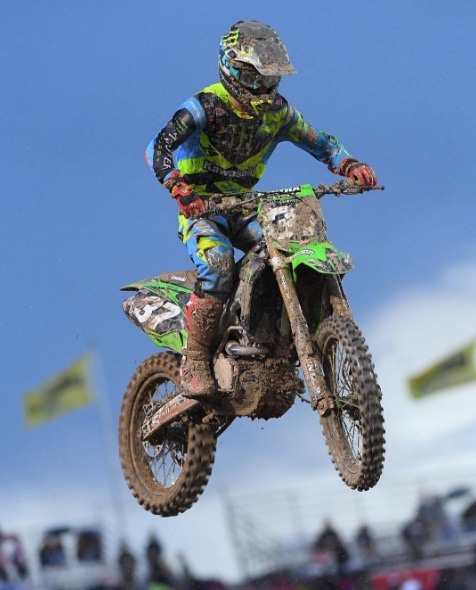 Like Dungey, Webb made it back to back class titles in a series which he dominated early, before struggling with mechanical issues and injury in the back half.

“It definitely wasn’t easy [to win the title], but we fought for it and that’s why we’re up here [with the No. 1 plate],” Webb said. “We fought hard all season and I wasn’t going to let an injury hold me back. I had a crash (while training for the race) but I had to come here and get it done.”

In the Eastern Regional Championship, Malcolm Stewart stepped out of his brother’s shadow to secure his first career crown. It is hard to fault Stewart who had a breakout year for the GEICO Honda team showing pure speed and instinct on often difficult tracks.

“That was crazy right there, what a race,” exclaimed Stewart. “Everything I’ve gone through with myself and James [Stewart] this year, it’s been an up and down season for both of us.

I feel like I owe half of this [championship] to him. I’m just speechless right now. All I know is I have this number one plate right now and I want to cry.” 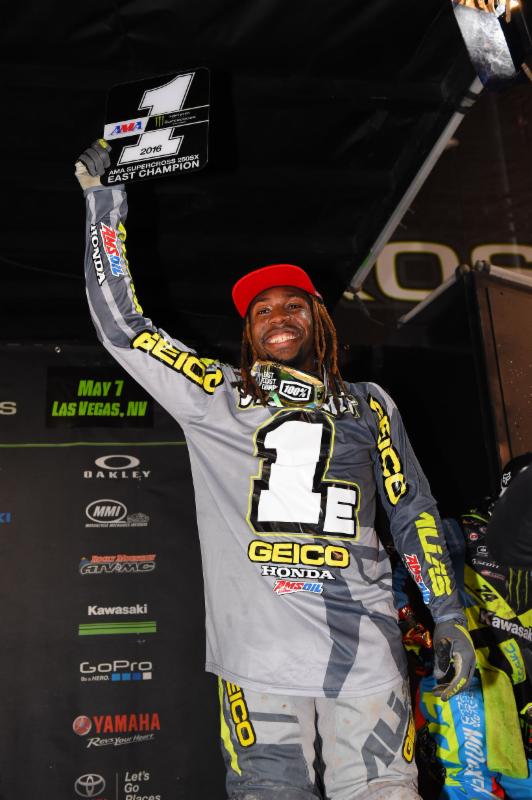 The Eastern Championship was an extremely competitive class with a number of riders taking round wins and looking a title threat. Aaron Plessinger ran a fantastic final moto coming from the back of the pack to finish fourth in the shootout, earning himself second in the overall standings. Jeremy Martin rounded out the overall podium despite finishing outside the top ten in Vegas.

It was a fantastic close to an ever better season as three riders were crowned class champions for 2016. Ryan Dungey once again rewrote the record books stating his claim as the best rider in the world while Malcolm Stewart and Cooper Webb proved that they too are on the rise and will be serious contenders as they step up to the premier class next year.

With supercross done and dusted, riders and teams will now look towards their motocross campaigns with gate drop in Hangtown less than two weeks away.

Let’s hope the Vegas after party finishes up before then!

Rad Season is providing you with rentals and hotels at the lowest prices available online. Book your stay near Las Vegas using the map below!