Things To Do In Osaka: The Chilled Out Version of Tokyo 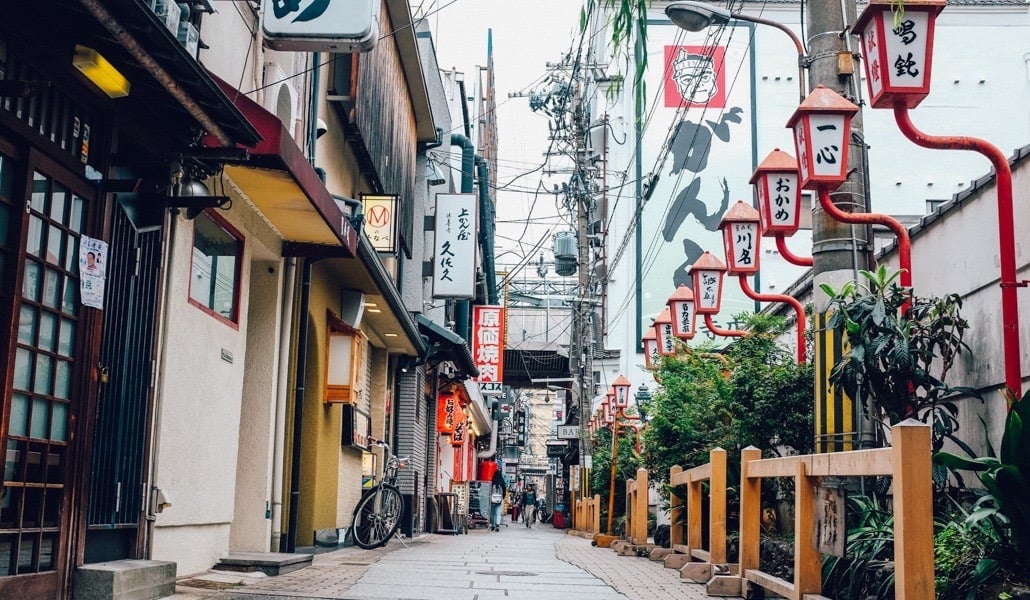 Things To Do In Osaka: where to go and what to do in the city

Osaka is essentially the chilled out version of Tokyo, Japan and if you love a mix of new and old with an unlimited supply of tantalizing cuisine, the raddest museums you’ve ever experienced and a shopaholics version of paradise, its guaranteed that you’ll love Osaka’s way of life. Here’s our pick for the best things to do in Osaka.

The Osaka Amazing Pass: How to get around

If you’re planning to do a lot of exploring around Osaka, it’s a smart idea to grab the “Osaka Amazing Pass” which allows for nearly unlimited travel across their subway network as well as free entry to 30 of Osaka’s most iconic attractions. 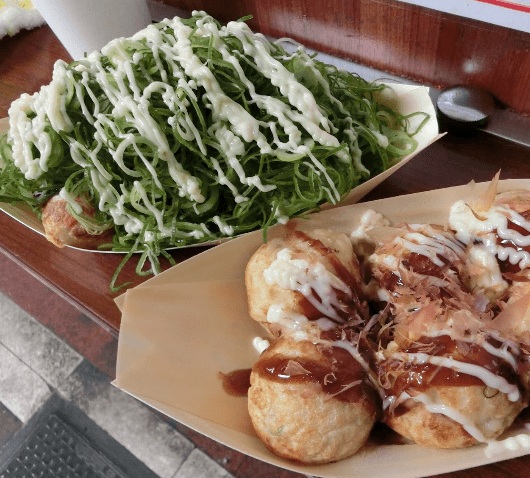 Osaka is known for their fluffy and flavorful takoyaki and although we’ve tried our fair share, a little tucked away shop called Hanadako wins as #1. 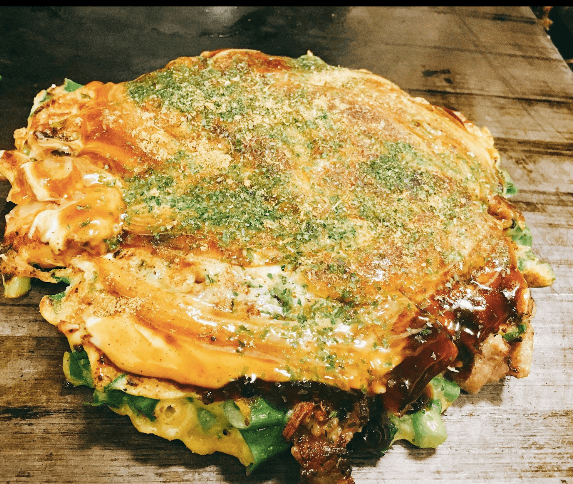 This shop ticks off all the right boxes when it comes to great food, ambiance and staff. Be sure to arrive before 5, as the queue gets long. Order the original Okonomiyaki (without noodles) in order to try Osaka’s traditional dish and sit in front of the chef to watch him create his masterpiece until he serves it to you to eat directly from the hotplate! (If that’s not enough, upon leaving, the owner and his wife also give you a small gift for stopping by.) 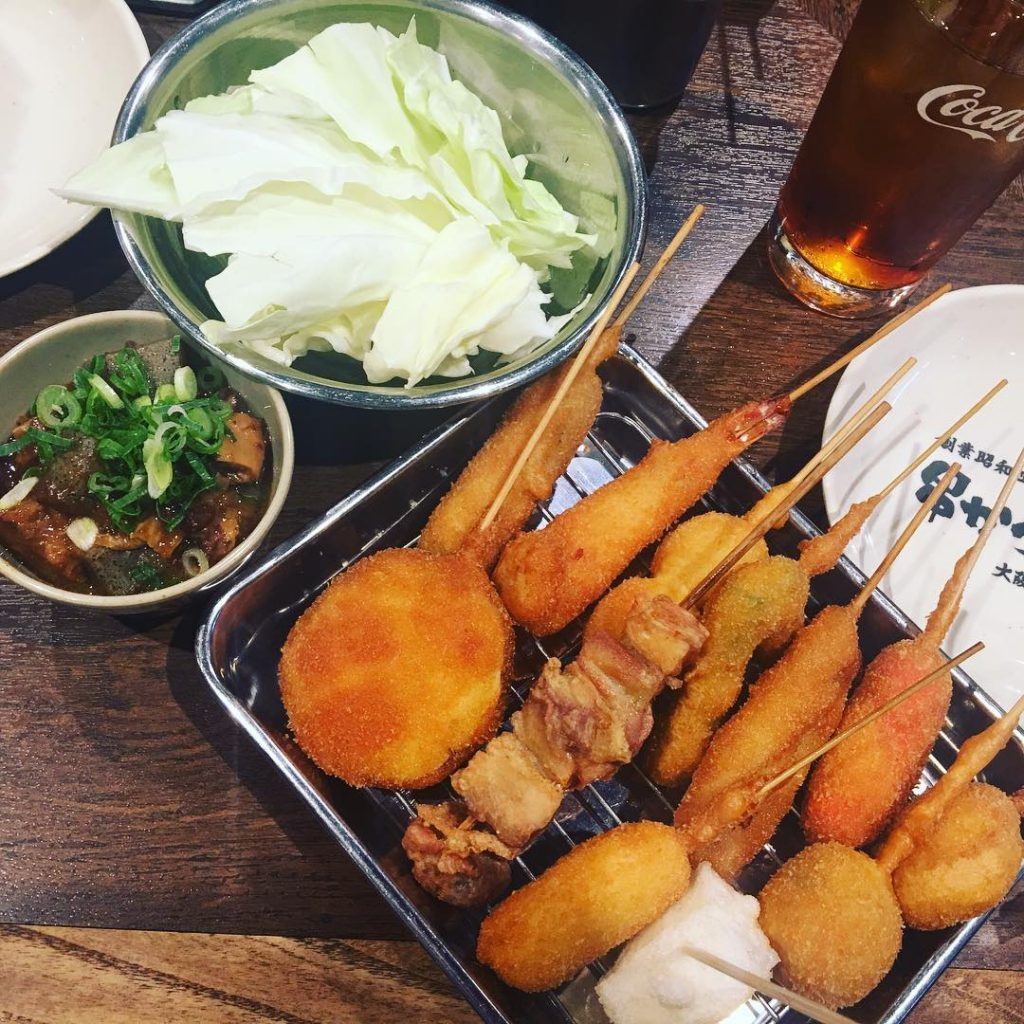 Kushikatasu originated in the Shinsekai area of Osaka is a delicious skewer of meat or vegetables battered and deep-fried to perfection. Our #1 choice is Kushikatsu Daruma with 30+ types of Kushikatsu to choose from. 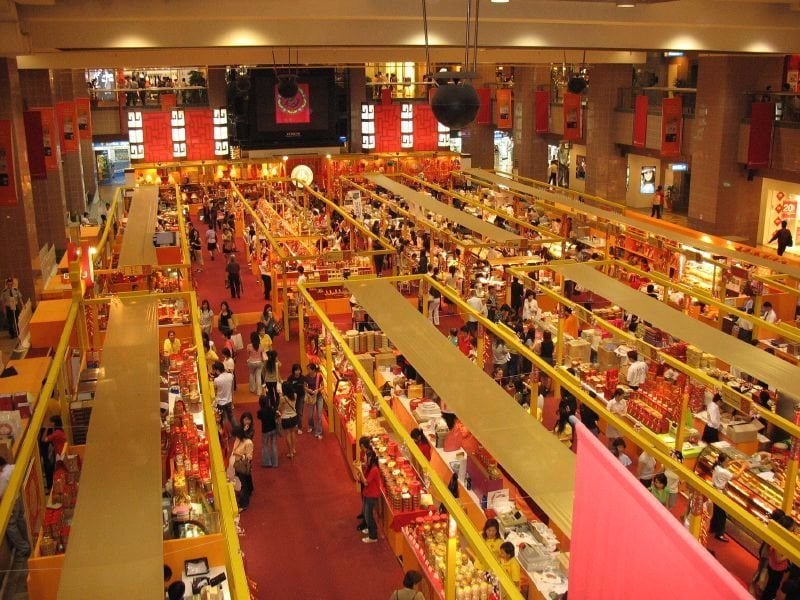 Head to the basement of Takashimaya Mall and try their many samples. From free sushi samples to snacks, Saki and more! 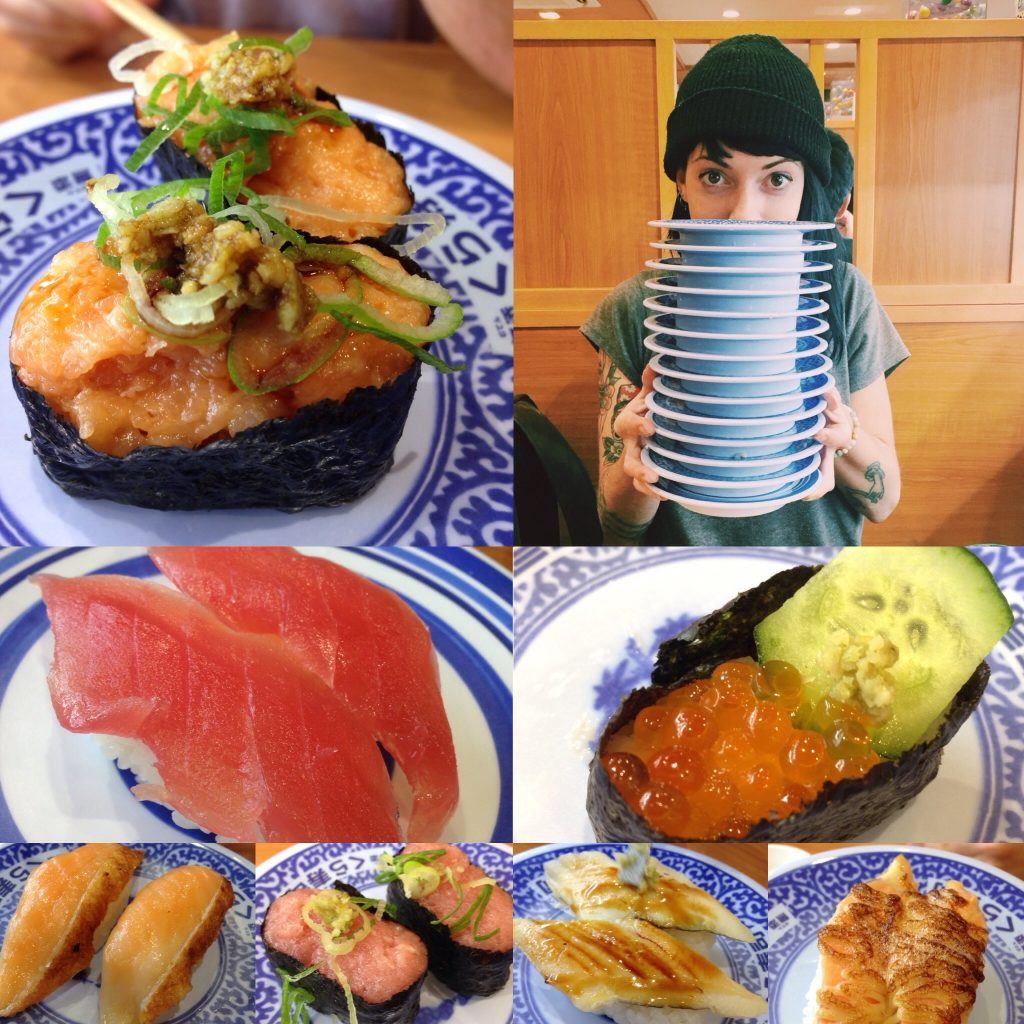 Although you can get converyorbelt sushi nearly everywhere in Japan, Osaka is said to be the birthplace of Kaiten Sushi. Head to Kira sushi and stack those plates as high as you can because you’ll get 2 pieces for only ¥100! 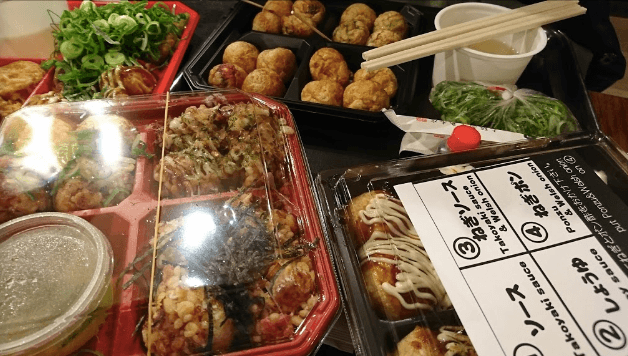 A great way to spend a few hours is to head to the Takoyaki Museum where you have the chance to try an array of different Takoyaki. The best part? It’s less a museum and more focused on eating! 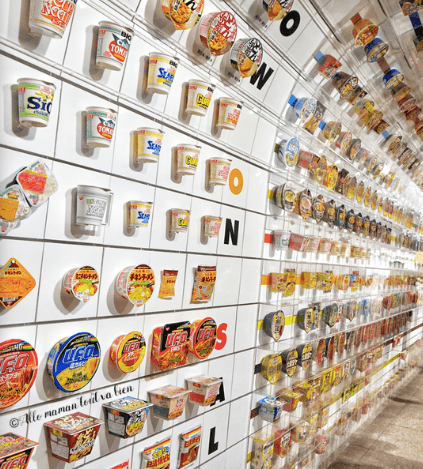 Everyone knows instant noodle cups but have you ever got to make your own cup of ramen? At the ramen museum, you can make your own…for free! 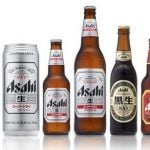 We love beer and what we love more than beer is free beer. Although a 40-minute train journey north out of Osaka, it’s worth the transit to tour the Asahi Beer factory. If you attend the free 30-minute tour of the factory, you then get 20 minutes of free refills of Japan’s favorite beer!

TOP SIGHTS AND SHOPPING IN OSAKA

If you love to shop till you drop, the following places are the best in Osaka to burn a hole in your wallet: 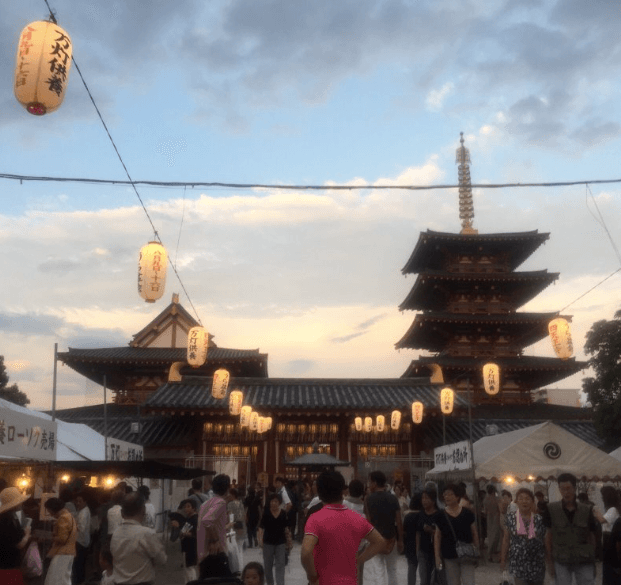 Open on the 21st and 22nd of each month, Shitennoji flea market is a great place to find one-of-a-kind items and plenty of bargains. 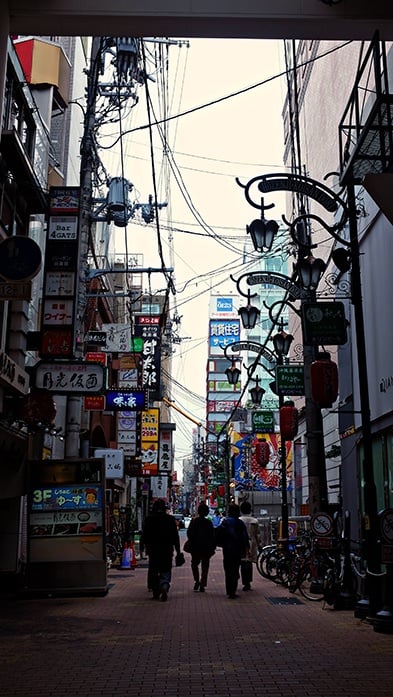 Tenjinbashi Suji is the longest shopping street in Japan and a shoppers paradise stretching around 2.6km in length. Here you can find anything and everything – from clothes to electronics, souvenirs and more! 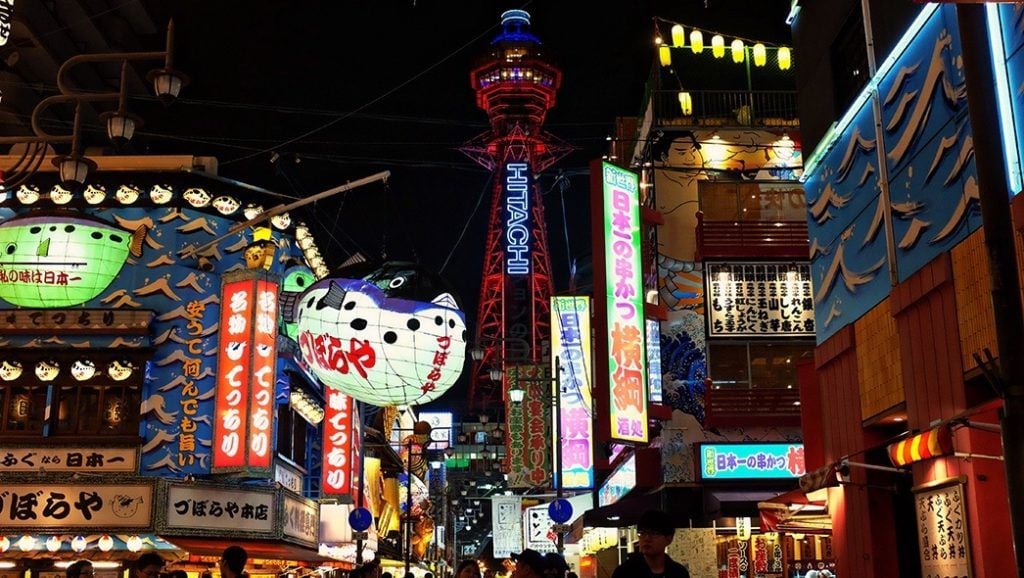 One of our favorite areas to explore around Osaka is Shinsekai. The word Shinsekai means “new world” but the area is a flashback into the past. Take a look over the city at the observation deck at Tsūtenkaku by day and come back again at night. This is when the area comes alive – feeling like a rundown Vegas with flashing neon lights, a lively atmosphere of locals and tourists alike enjoying an ice cold beer accompanied by the famous Kushikatsu. 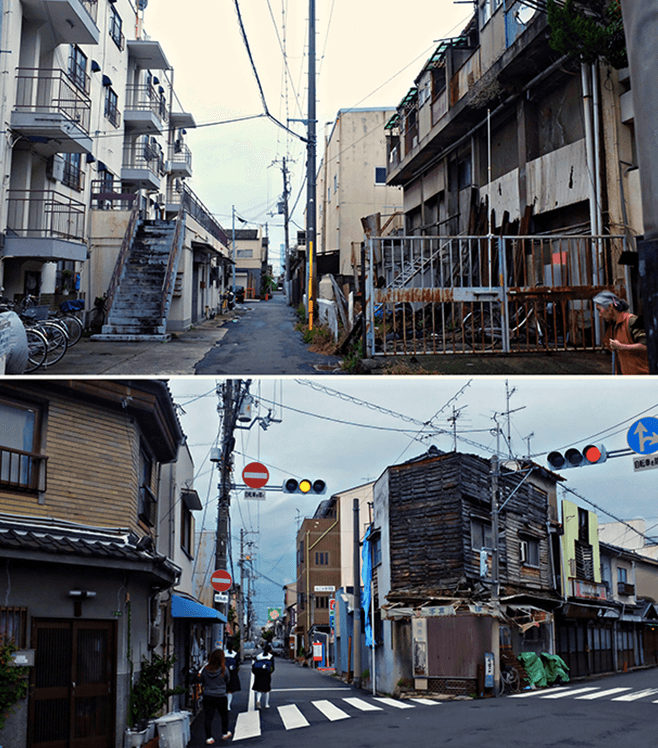 If you’re looking to see another side of Japan that isn’t talked about and hidden from plain sight, head to the forgotten NISHINARI area. In contrast to the countries clean and spotless roads, this ward has seemed to be forgotten and is one of the only run-down areas of Japan.

(Note: although Japan is one of the safest countries in the world, go here at your own risk.) 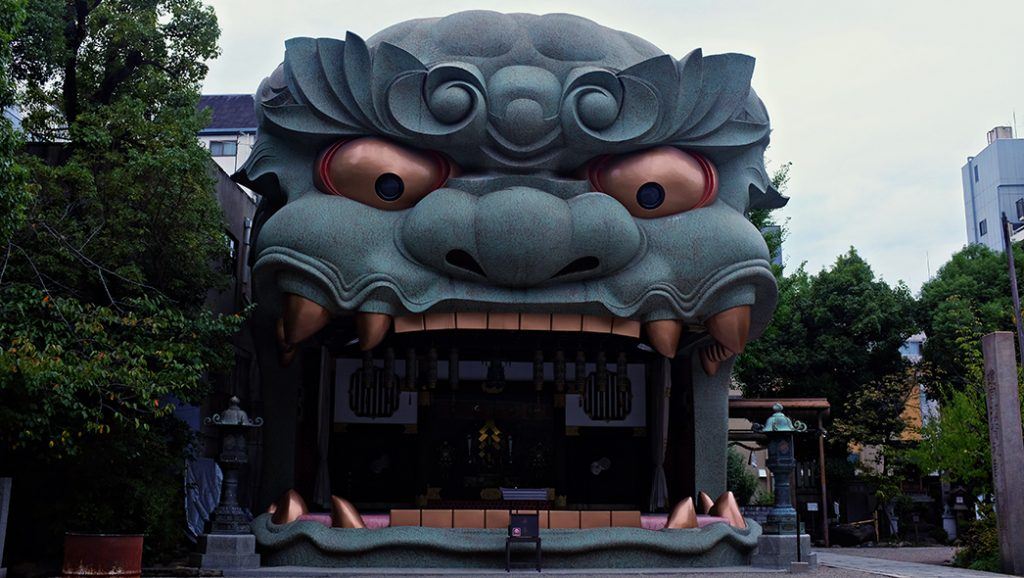 Nanbayasaka Shrine is one of the head temples of Zen Buddhism in the world but what makes it rad is it’s giant performance stage in the shape of a mythical lions head. 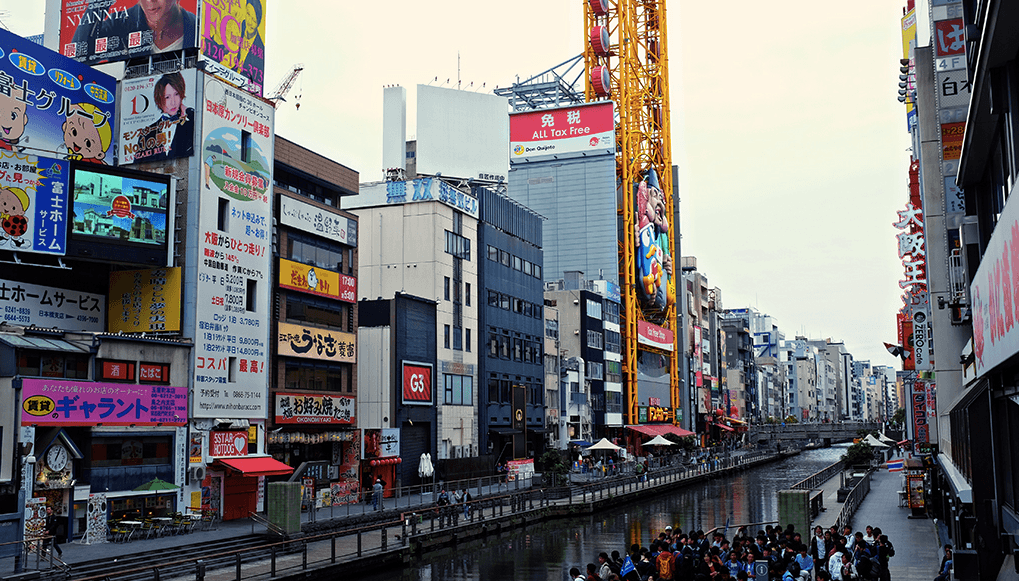 The cities liveliest nightspot is the well know Dōtombori and one of the top tourist areas in Osaka. Although getting off the grid is the best choice, it’s worth stopping by to see the touristic madness.

The Best Bars In Tokyo: Rad Nights In Japan’s Capital

Rad Season is providing you with hotels and Airbnbs at the lowest prices available online. Book your stay near Osaka using the map below! 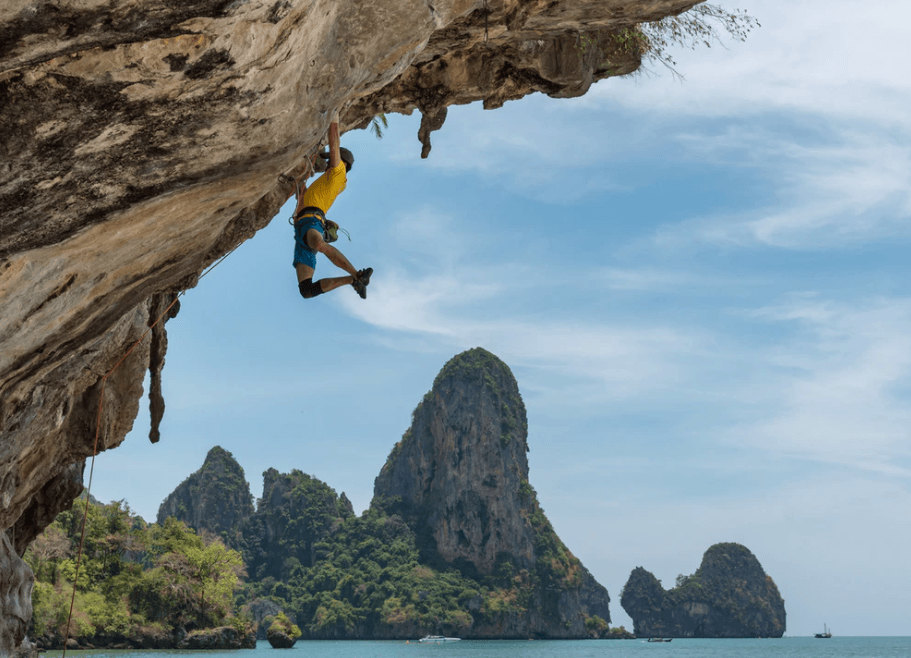 Born in Toronto, Canada, Shannon Wolf has lived and worked around the globe as a freelance writer and photographer. Over the years her work has been featured and published both in print and online in various publications. Shannon has travelled over 40+ countries on 4 continents in the last 3 years and is an avid food lover and adventurer with an open itinerary and no intent of stopping.