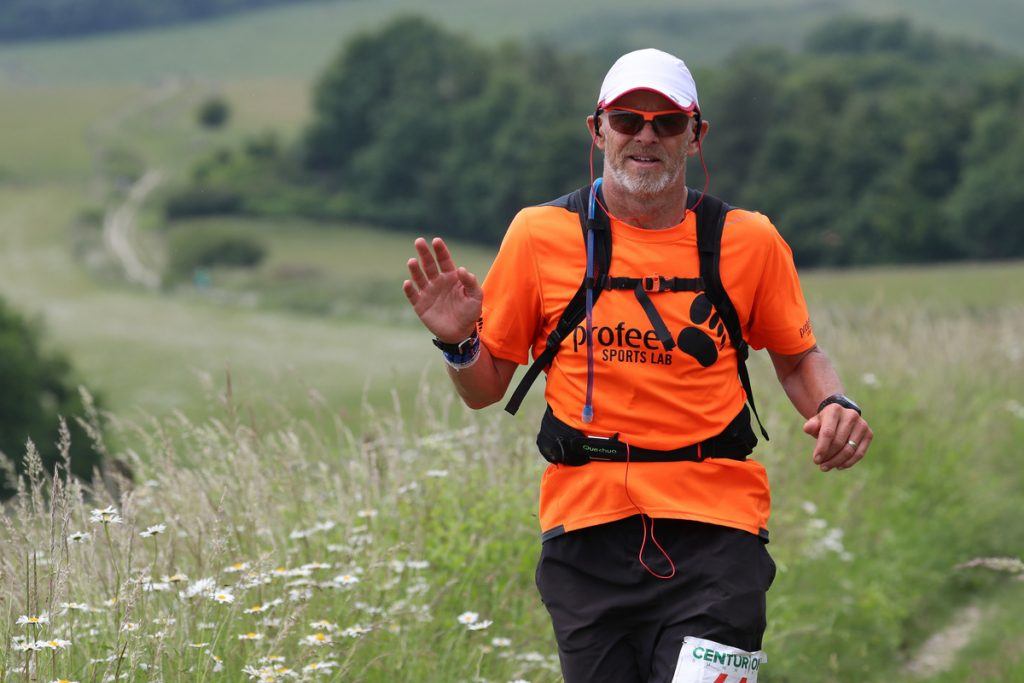 “Don’t worry…there’s less than a marathon to go now!”

Even when you’re running an event like the South Downs Way 100 ultra-marathon, comments like this seem surreal.

By then I’d been on my feet for over 18 hours and while the friendly race marshall was accurate enough, 22 miles seems a hell of a long way when you’ve banked three marathons already.

Starting in historic Winchester, once capital of England under Alfred the Great, the course follows the chalk and flint trails across the Downs towards Eastbourne. 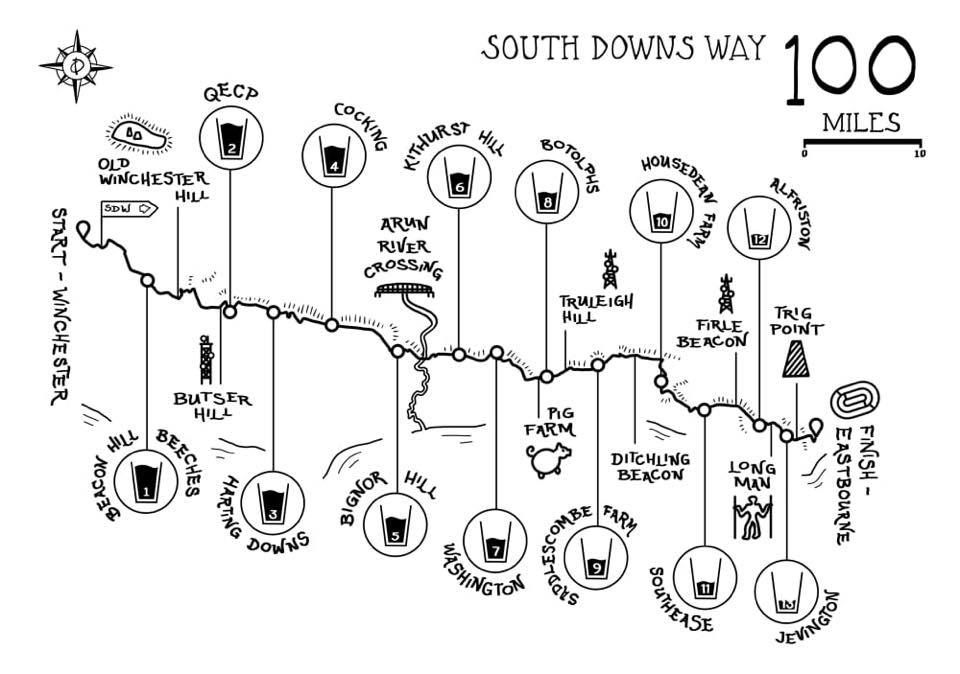 I’ve run several ultra-marathons in the Alps, and while the vistas are less dramatic on the South Downs Way, they are equally beautiful – whether looking across the Solent to the Isle of Wight, passing the prehistoric hill fort of Chanctonbury Ring or admiring the woods of the Weald.

It could be our social media age, but with three-quarters of the starters aged 40 or older there’s a sense that a marathon no longer cuts it to solve a mid-life crisis!

It’s a measure of the growing popularity of ultra- and trail-running that all 305 places sold out within just four days of registration opening, almost a year in advance.

After months of training, I was delighted simply be at the start line free of injury. The race began promptly at 6am with a lap of the Chilcomb Sports Ground in Winchester and as we passed under the start banner one wag couldn’t resist asking ‘Are were nearly there yet?’

While 305 runners is not a large field this initial lap was enough to bunch us up and, usefully, slow down that early burst of adrenaline. Then it was into the magnificent countryside on the South Downs Way and the start of our long day out.

Organiser James Elson had been to the point in his race briefing: “Some of you won’t make it!” he told us bluntly. It was an uncomfortable truth on the mind of most of us that not everyone reaches the finish.

The drop-out rate varies from year to year depending on the conditions. This year, in good weather (not too hot, not too cold, no rain), 73% of the starters finished within the 30-hour cut off time.

“Reach 65 miles with plenty spare in the tank…”

Before the start I was chatting with Marcus Escott, who finished in 30th place in 20:33. He gave me some wise advice: “My coach, Robbie Britton, told me that you have to reach 65 miles with plenty spare in the tank.” The race stats back that up – of those runners who made it beyond Housedean Farm at 76 miles, just two failed to make it to the finish.

Just how do you survive so long being awake, let alone on your feet?

Some prefer to enjoy the views and drift into a meditational state. Others let their mind get distracted from the phenomenal task in hand with banging playlists. I prefer podcasts, but there’s only so many World Cup previews and Westworld episode recaps you can listen to!

One of the surprises to first time runners is how social an ultra-marathon is. For most competitors the entire race is at the ‘conversational pace’ of either a slow jog or fast walk, and it’s not like you’re short of time.

Who is this tribe of strange people?

Chatting to other runners reveals as much about you as it does about them. Who is this tribe of strange people who choose to travel 100 miles by foot?

They came from all corners of the country and were all ages. John Fanshawe won the 70+ age category, destroying the existing record by over three hours with his 25:11 finish.

All had different goals. It could be, like me, simply to finish. Some runners had their hearts set on the ‘100 in a Day’ belt buckle awarded to finishers who cross the line in less than 24 hours. Anything less to them is just a ‘bit of tin’.

One runner I spoke to was preparing himself for the 214-mile ‘Race Across Scotland’ in August. For him, this was just another training run.

A huge word of thanks must go to all the volunteers, helping at the 13 well-stocked aid stations along the course. Even though I had my own gels and bars, by 50 miles I’d had enough of sugar and was stocking up on sliced bananas, thirst-quenching water melon and tasty ham and cheese wraps.

I don’t know if I could have finished without all the help on the course. All the volunteers were encouraging and supportive, especially at Alfriston, where I felt guilty I was looked after so well.

By then I’d been through the night. At first, I had power-walked in a silent group of five, taking turns to light the way with our headtorches at the front, like cyclists in a peloton. As the night bore on, the group thinned until I walked alone, kept company only by the sheep and cows that were still feeding at 2am (when do they ever sleep?).

My iPod had already run out of battery and at 4am my Garmin went the same way. By then it was light enough to see and I turned my headtorch off. As the sun rose I knew that if I kept moving forward I would finish. 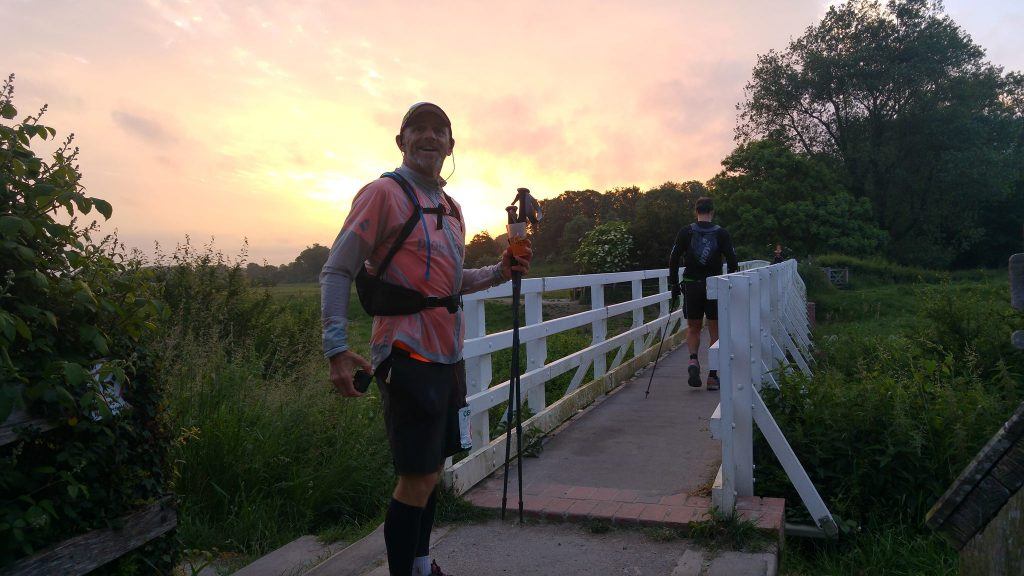 The Grand Slam of ultra marathons

The South Downs Way 100 is organised by Centurion Running, one of their four hundred-mile races. Unbelievably, some runners also complete the Thames Path, North Downs Way and Autumn 100s to claim a ‘Grand Slam’. In 2017, 30 runners completed this remarkable feat, compared to just four in 2012 – the first year the Grand Slam was available – another indicator of the growth of ultra-running in the UK.

When I eventually crossed the line after 25 hours and 43 minutes, jogging the final lap of the track with my wife and children, I certainly wasn’t thinking about running another 100-miler. Once in a lifetime is enough for me, let alone four in a year! 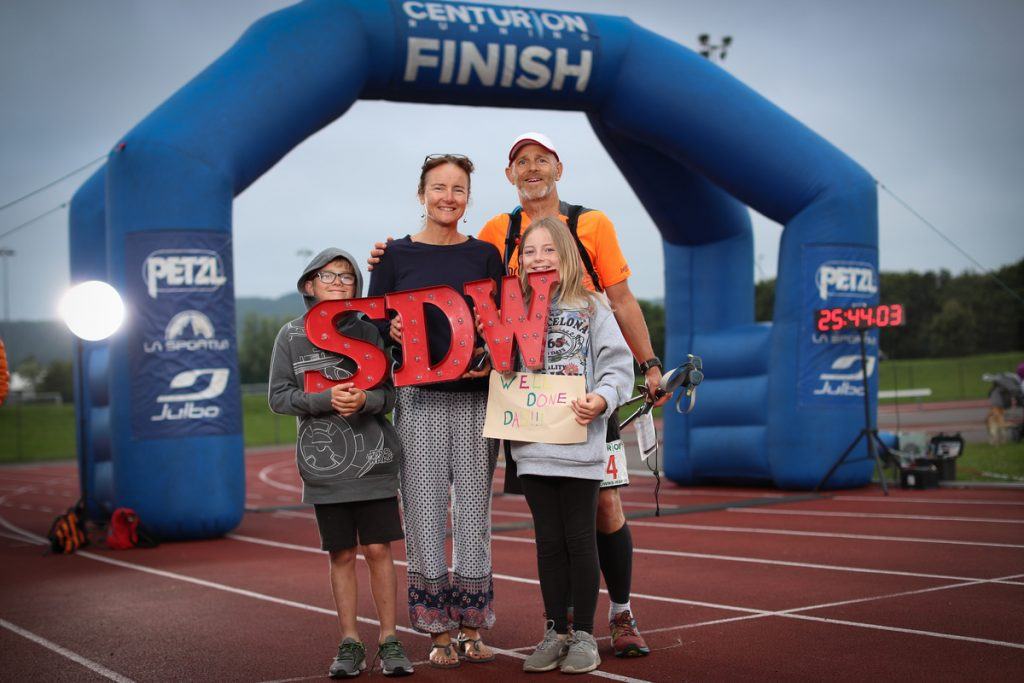 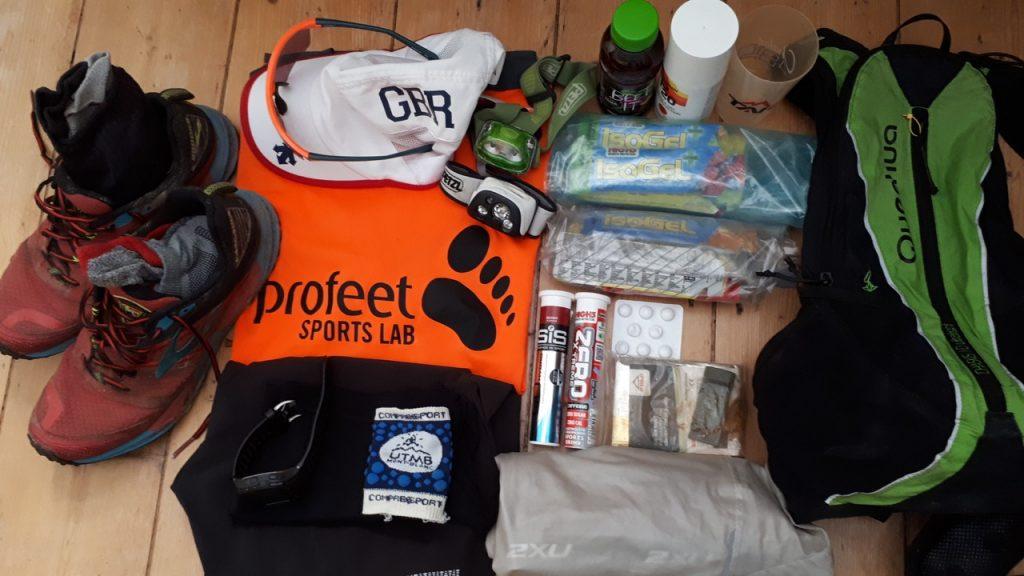 XNRG’s Devil’s Challenge In The South Of England

One thought on “The South Downs Way 100 Ultra Marathon”