9 Of The Best Bars In Belfast 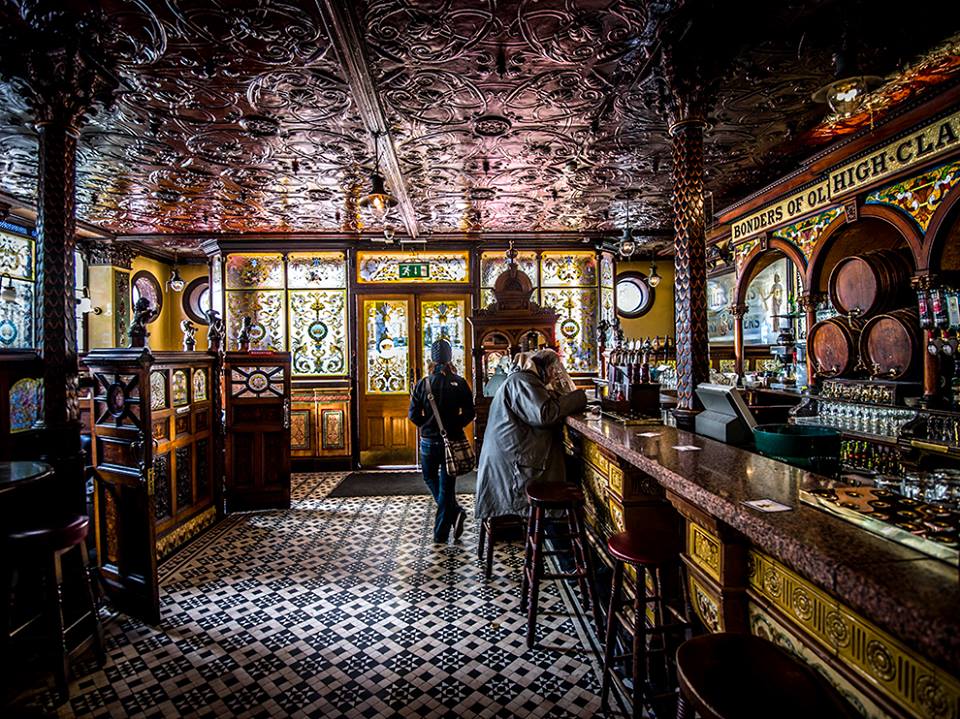 Thirsty? Make sure you visit these bars in Belfast

Belfast has been transformed in recent years and now boasts a wealth of options for nightlife and entertainment. From historic bars dating back centuries to those in the more recently developed Cathedral Quarter, there’s something for every type of traveler. Whether it’s a pint of the black stuff you want (without Dublin’s Temple Bar prices), a lively music spot or a bar with some history, RAD Season’s guide to the best bars in Belfast will keep you right. 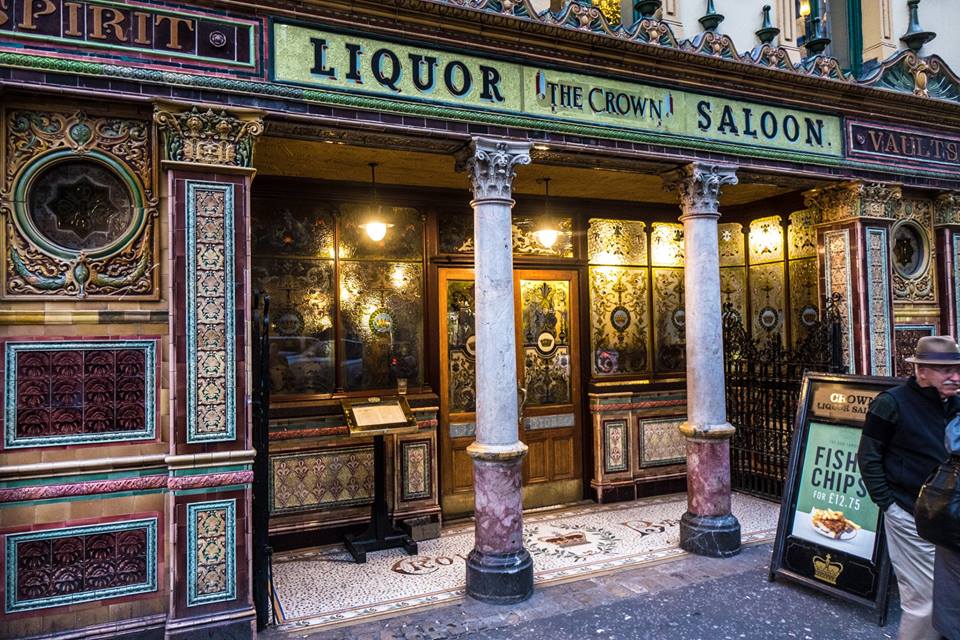 One of Belfast’s most famous bars, The Crown Liqour Saloon is a must see for many tourists. The pub dates back to the early 19th Century, with ornate tiling on the walls and floor, carved wooden ceilings, gas lamps and stained glasswork throughout. If you can’t find a spot in the main bar, grab a seat in one of the cosy snugs around the room which were originally built for the bar’s higher class clientele.

The Crown has featured in several films and is owned by the National Trust with Grade A Listing status, cementing its place as one of the city’s best known pubs. 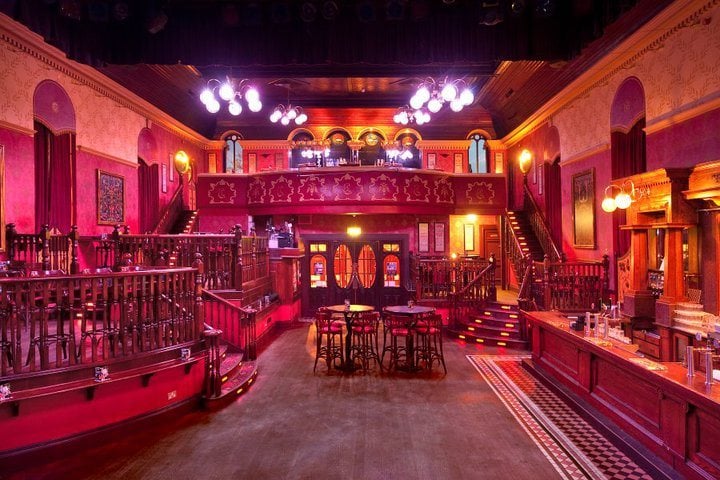 Situated close to Queens University and Belfast’s student areas, the Empire is an excellent spot to visit for a few beers, spirits or even a pizza. The venue’s history is evident as soon as you enter, with posters of events from years gone by framed around the walls of the downstairs bar. There’s regular music sessions with local cover acts and original musicians, comedy nights and a few televisions for major sporting events, too.

Head upstairs and treat yourself to a night in one of Belfast’s best music venues. The spectacular stage has hosted big name acts, many of whom return specifically to play the famous venue. 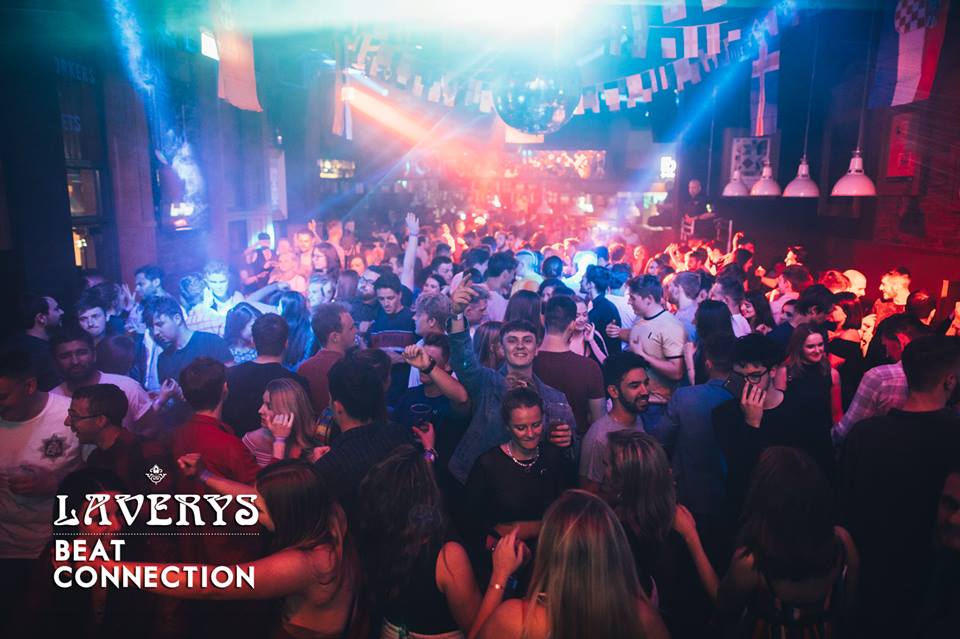 Lavery’s has moved with the times and evolved as the city has evolved around it. Spread across three floors, with a main bar, back bar, outdoor terrace, pool hall and club/gig room Lavery’s is a bar to suit all tastes and styles. The Back Bar with its open mic night on Wednesdays is a favourite spot of many of Belfast’s musicians, while the top floor doubles as a pool hall and ballroom for club nights on a Saturday. They have regular trad sessions in the main bar and excellent food too. 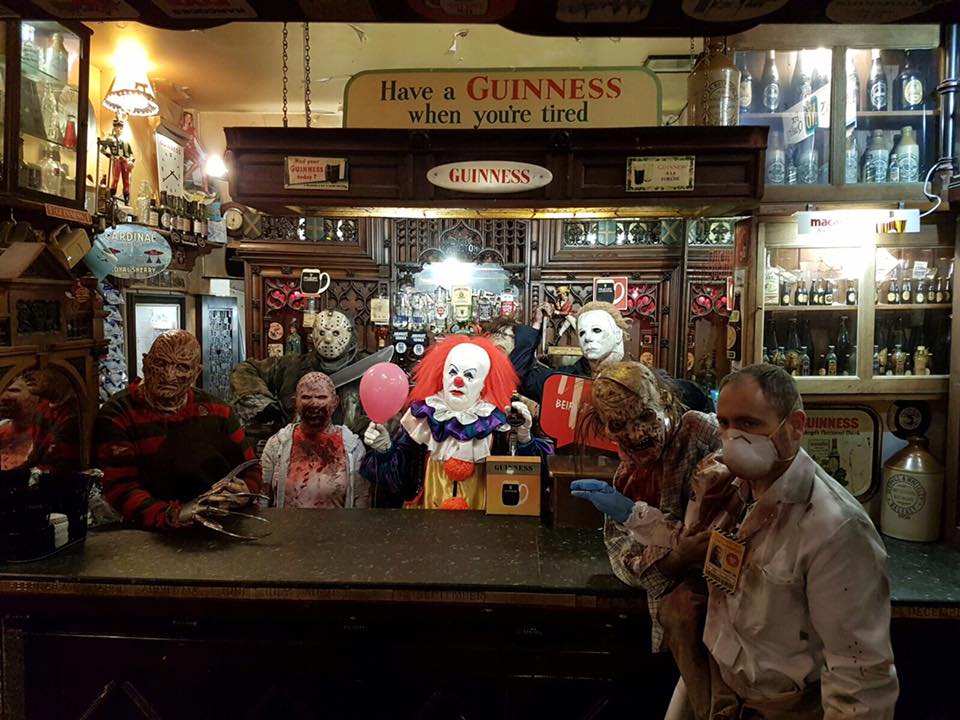 Right smack in the middle of the bustling Cathedral Quarter is the Duke of York. Surrounded by newer bars, restaurants, coffee shops and everything else you could think of, the Duke of York has held its own and remains a favourite among locals and visitors. Walking inside is like entering a thatched cottage, with the heat, smells and sounds of the bar instantly engulfing you. Don’t worry if you can’t find a seat though, as sessions regularly spill out into the alleyway where you’ll be surrounded by murals designed by local artists. 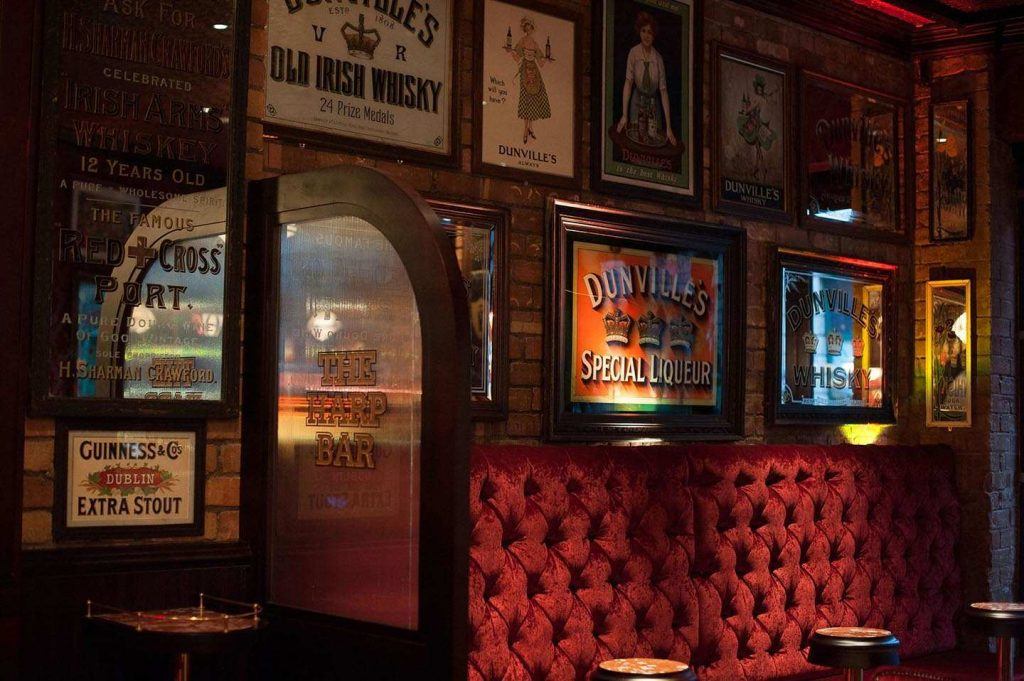 Just around the corner from the Duke of York is Harp Bar. With two lounges and an upstairs bar it’s definitely the liveliest of the bars in the area, hosting live music most nights of the week. Pop the head in and you’re bound to hear familiar tunes being belted out by a range of the city’s best musicians, duos and trios on the main stage. Built on the site of the old Bushmills distillery, the Harp Bar retains much of that character and, as you’d expect, boasts a fine selection of drinks. 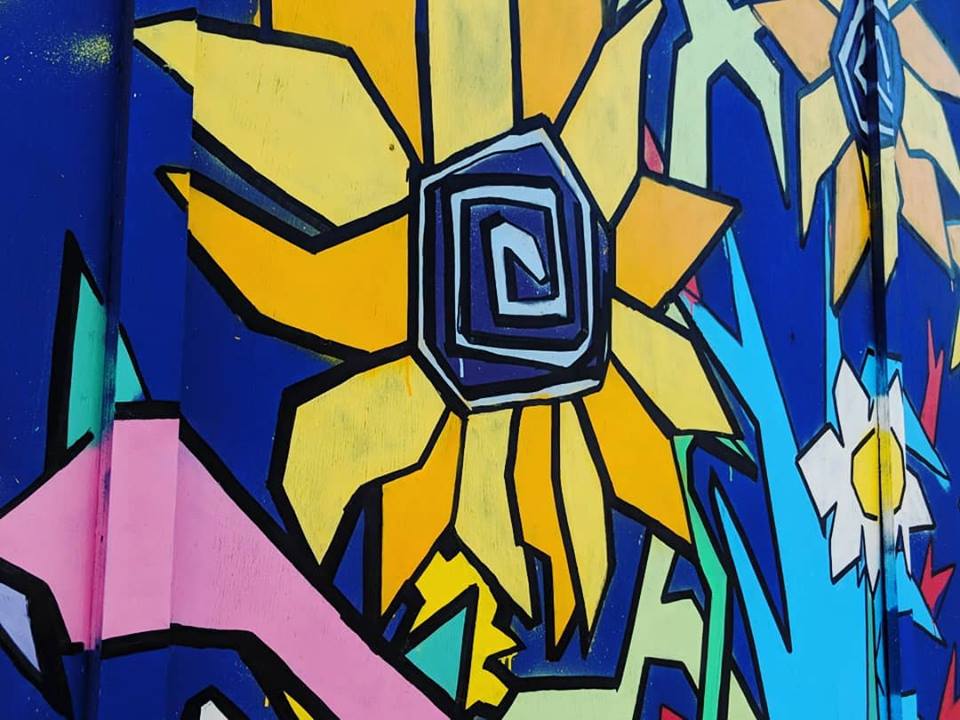 The Sunflower is where you’ll see many of Belfast’s musicians, poets, writers, and even politicians on a Friday or Saturday night. The bar has kept the cage around its main door, a familiar feature of bars during the Troubles in Northern Ireland, and has recently expanded with a beer and pizza garden through the back. Long tables and bench seating encourage mingling and the atmosphere is always warm and welcoming. Upstairs, an events room hosts intimate music, poetry and comedy nights, while one of the corners downstairs is pretty much permanently occupied by a trad group. 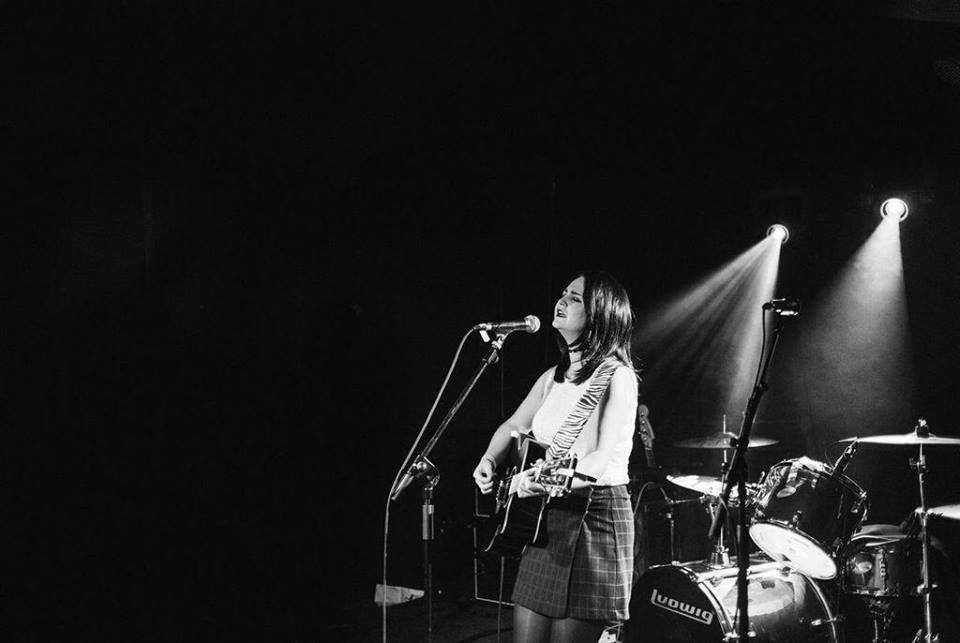 What’s a guide of bars in Belfast without some debated history? Some claim White’s is Belfast’s oldest tavern, dating back to the 1600s, but that’s challenged by those who say it only dates as far back as the mid-1800s. According to the current owners, both these accounts are right… sort of. Either way, White’s is a traditional tavern style pub just off the beaten track on Winecellar Entry. The low ceilings and cosy seating arrangements create a bustling and busy atmosphere, but you’ll be well looked after with great food, music and, of course, a wide range of beers and spirits. 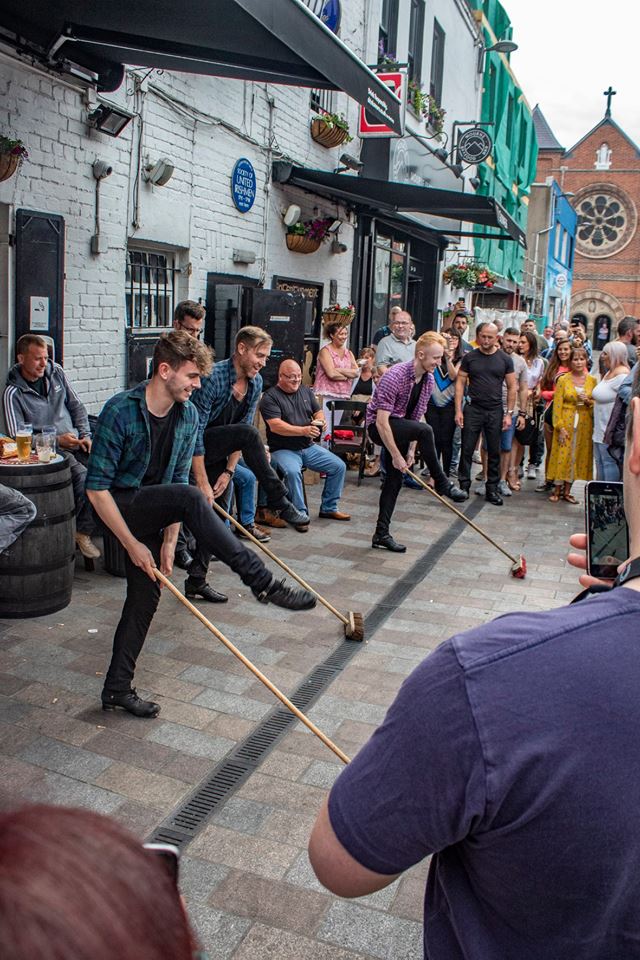 A trip to Kelly’s Cellars is like a trip back in time to 19th Century Ireland. The pub has kept the stone walls, low ceilings, uneven floors and wooden fixtures, and claims to be Belfast’s “oldest traditional pub”. The bar was where the United Irishmen plotted the ill-fated 1798 rebellion against English rule. Now, it’s a hub for the city’s Gaeilgoirs, or Irish speakers, and you’ll often hear Irish spoken by staff and regulars. 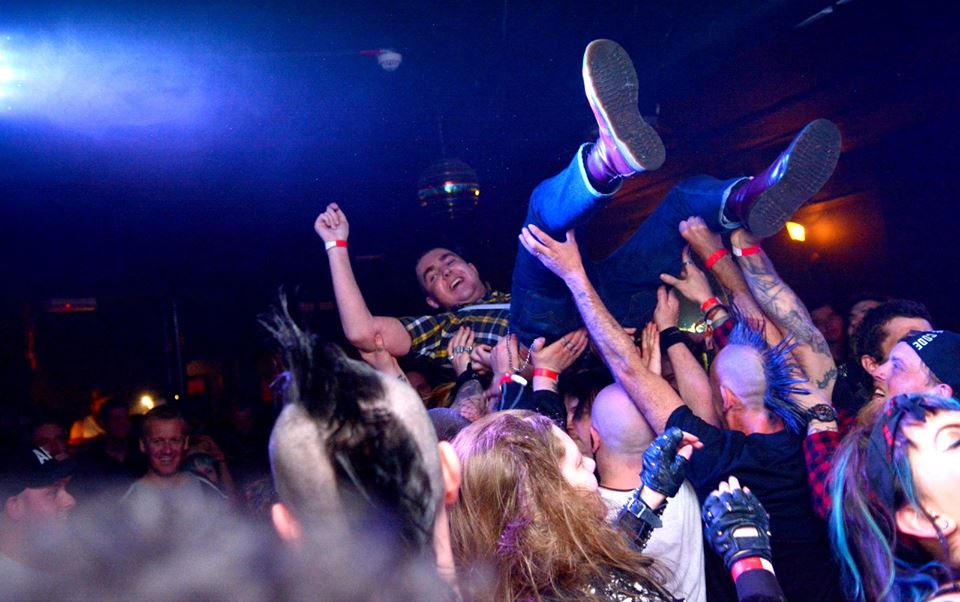 For the rockers and metal heads, Voodoo is the place to go. Staff and regulars in the downstairs bar are always friendly, while the upstairs room regularly hosts local and touring bands for unforgettable gigs. Music is central to the bar’s personality and its open mic night is famous among Belfast’s musicians. Going to Voodoo doesn’t have to mean going inside though, as the entertainment often spills out on to the street. With plenty of room to sit, space for smokers, and music from the bar still easily heard, even if you can’t get through the door, you won’t miss a thing.

These nine suggestions are just the tip of the iceberg to get started in Belfast. There are a lot of bars which didn’t make our list, but are still well worth checking out. To continue with the Irish feel after you visit Kelly’s Cellars, head on round to the John Hewitt and Madden’s. For some sophistication, Bullitt, The Malmaison or the Merchant are all hotel bars with plenty to offer in the way of obscure spirits and fancy cocktails. And for more live music search out The National, The Dirty Onion and Bootleggers.

Belfast’s city centre is also relatively small, so all of these bars are comfortably within walking distance of each other and easy to find.

Rad Season is providing you with rentals and hotels at the lowest prices available online. Book your stay near Belfast using the map below!

Daniel Lynch is a Belfast-based freelance journalist and writer, specialising in news and music. He has worked for and had work published by ITV, BBC, Stereboard.com, Chordblossom, GiggingNI and Far Out Magazine. Daniel is a musician and plays guitar with and manages two artists in Northern Ireland through his music label, Tin Man Heart.