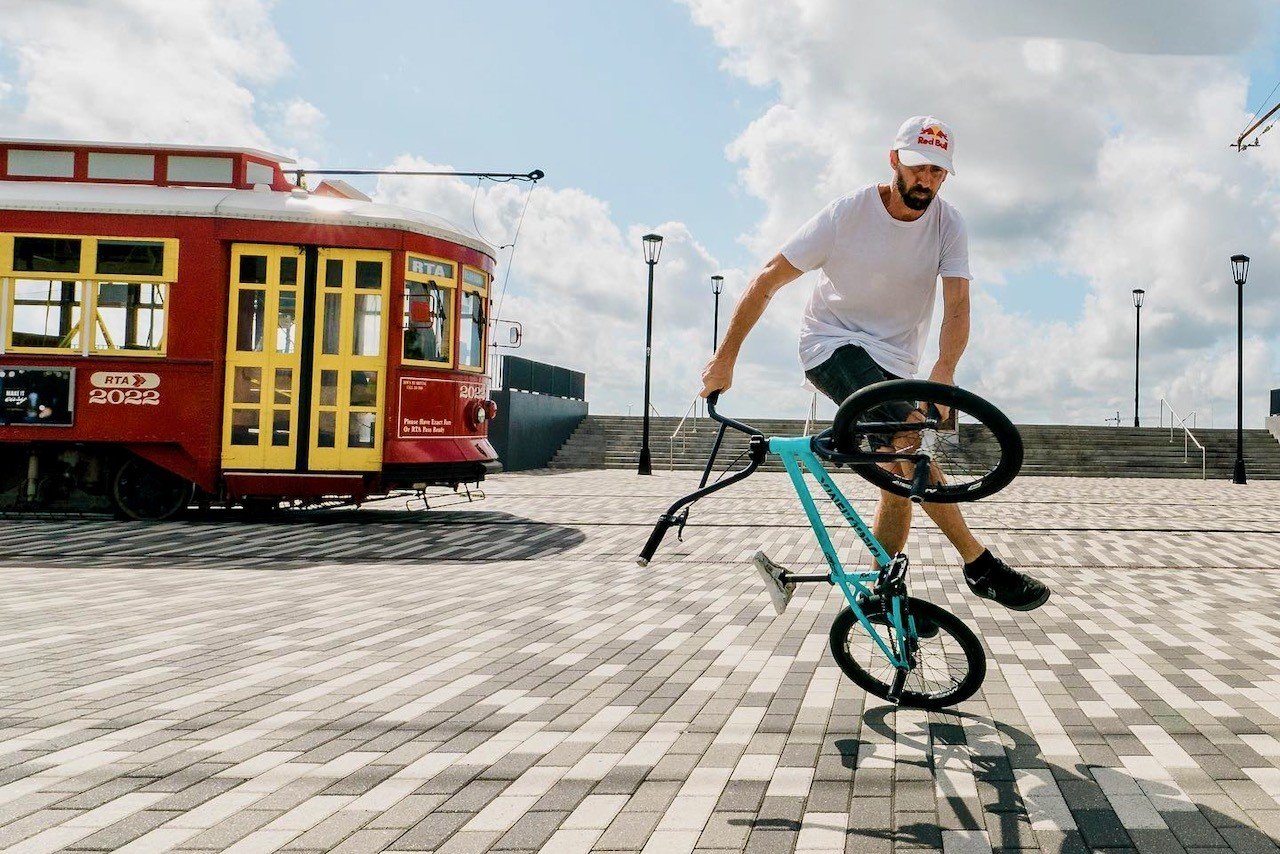 Terry Adams got hooked on BMX at 12 years old growing up in Hammond, Louisiana outside of New Orleans. He would race BMX but what really stood out was BMX Flatland and by the time he was only 16 Terry was entering Flatland contests as a professional.

From pure determination and hard work Terry’s set out on getting coverage in the magazines. This lead to sponsorship deals and competing in Flatland around the world. In 2005 he won X Games gold and has been voted Ride BMX Magazine’s Number One Ride Award (NORA) winner 3 times. Terry’s drive to promote BMX Flatland has seen him on national TV shows like Glee and Ellen. Now at 38 he’s training harder than ever and has a packed schedule of events and demos worldwide.

Tune in to the podcast below to find out how Terry sets goals, how he trains, property investment, what drives him now, competing and loads more!

Rad Season is providing you with rentals and hotels at the lowest prices available online. Book your stay near Hammond, Louisiana using the map below!