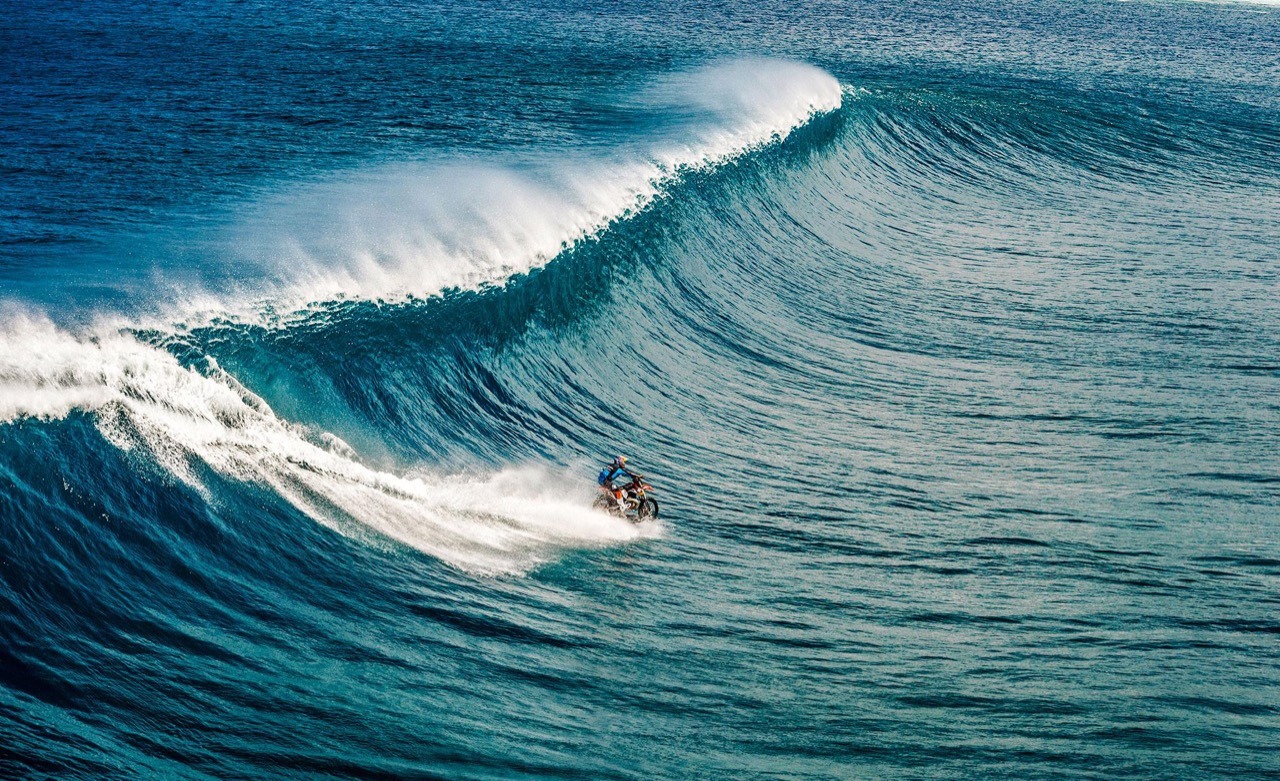 Robbie Maddison is a freestyle motocross rider who’s built a career on world records, triumphs against adversity and mind-boggling daredevil jumps, including jumping across an open Tower Bridge in London, and surfing the legendary Tahitian wave, Teahupo’o, on his bike.

Robbie Maddison: Life’s short and you only get a certain amount of time to make decisions. I always deep down wanted to be a professional motorbike rider. I didn’t have the self belief to follow that initially. But after having a near death experience, everything just became simple. I didn’t want to be electrician, I want to be a motorcycle rider. So I went back to work and figured out how I could make those steps to get myself onto the bike.

Oli Russell-Cowan: Was that when FMX was kicking off?

Maddison: Totally. These are the times when the Crusty Demons films were coming out. One of your friends would buy a film and everyone would go to the house to watch it and we were just super stoked on it. The energy was high and we would literally go riding every weekend or the boys would come together and we’d go down to the gravel pit.

That’s when freestyle started for me. I was very fortunate in my trade. When I was working all those hours, I saved all my money. I was able to put down a deposit on a house when I was 18. And then by the time I finished my apprenticeship when I was 21 the house actually had more money than I had. So I borrowed the equity that I had in the house and I funded myself to somewhat retire from being an electrician and be able to create a window for myself to be able to focus on riding.

I gave myself a year and took a $75,000 loan, put that in my account and then use the money to buy a truck to get around in and I invested into some ramps. Fortunately enough, my parents had a property which they allow me to build a setup on there. I think I spent $30,000 of that $75,000 loan I’d taken out. Then by that point, I created this awareness. 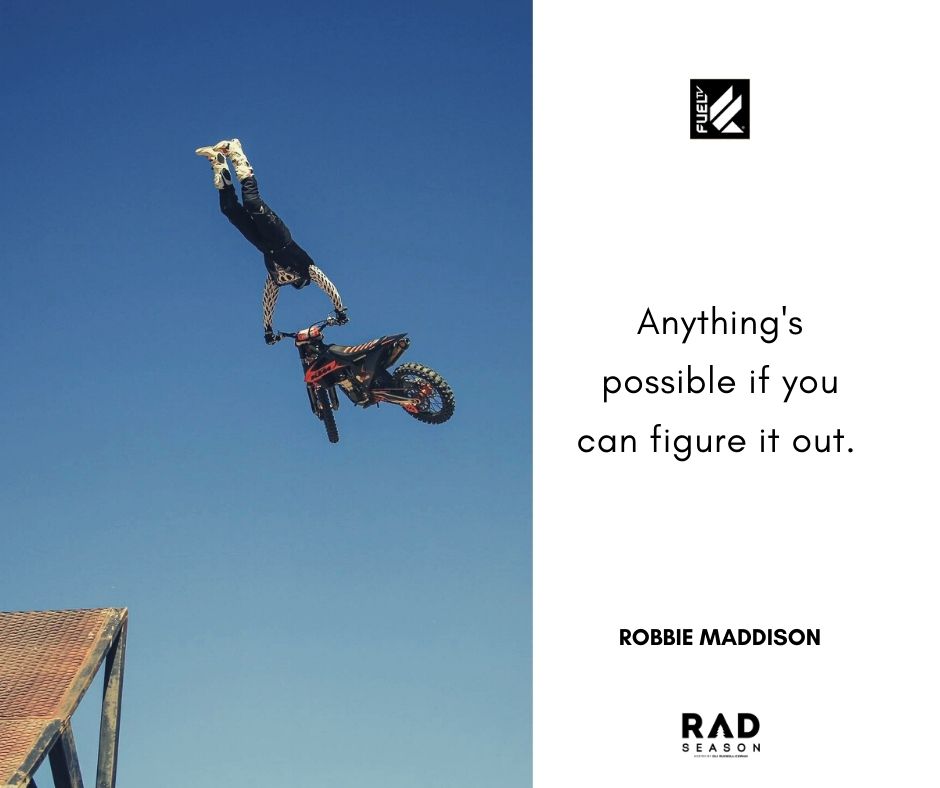 I was stoked at that point, I knew that I was on to something. And from then on, I got invited to go to Europe. Then it just it snowballed from there.

Russell-Cowan: You were constantly traveling as well back then. Going to events doing demos, you were pretty much stuck in an aeroplane every week.

Maddison: Yeah, my travel schedule was out of hand. I did 350,000 miles a year. I did that for like four years back to back and actually became United Airlines number one passenger. I was using their system to upgrade and all that kind of stuff.

I’m close to 2 million miles now. I’m Life member gold, so that’s always a perk. Every week I was going to Europe back to back and traveling all over the globe. So I definitely need to plant a lot of trees to counteract my carbon footprint.

Moving to the US

Russell-Cowan: Did you think that you had to relocate to America if you wanted to progress and take it that step further?

Maddison: Early on I was very fortunate enough to be picked up by Red Bull.

They literally have given me wings 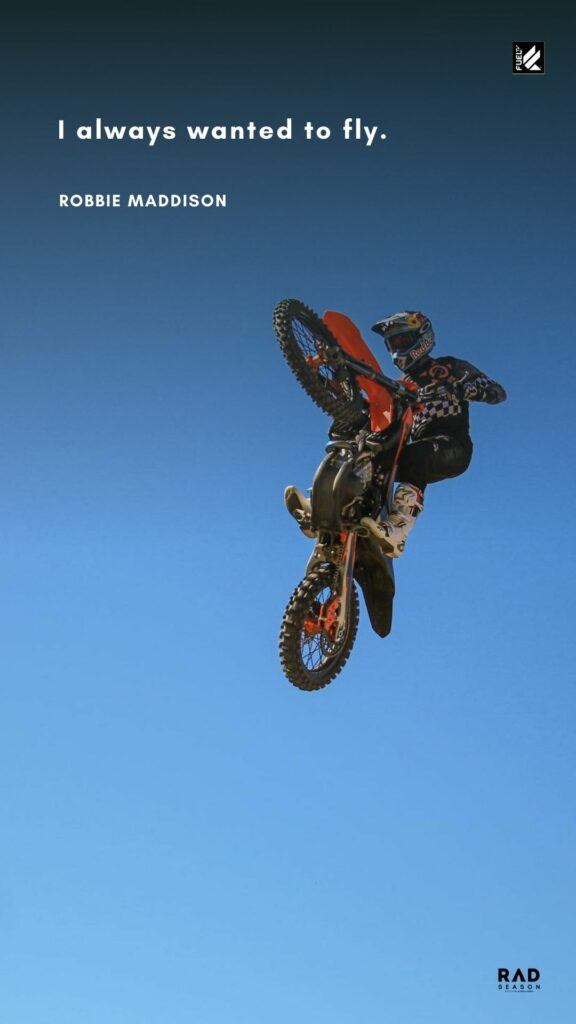 One of the other biggest things is just meeting my wife. I met Amy in 2005. In 2004 her brother was a world wakeboard champion. He was one of Red Bull’s first athletes from Australia. Amy spent a year in America with her brother. She knew that to be at the pinnacle of the sport you need to go to the US where the hub and heart of it is.

She had already spent a year in Orlando when we met. She could see what was going on from her perspective. Straight away, she said, ‘you need to go to America if you want to be the best in your industry’, which is what I want to be. So we packed our bags in 2005 and we went to America.

We struggled for years, we lived on people’s couches and floors, and we stayed in people’s backsheds and we roughed it. Every weekend I would jump on a plane and go to Europe. I did shows all around the place, I was lucky enough to be involved in Red Bull X Fighters.

I’ve got those wins of those smaller events in Europe and I was a great showman. I just love feeding off the crowds energy. I always thought inside my helmet I was killing it and I just loved the crowd.

It was just a cool and amazing time. To think now that we’re all stuck and how freely we traveled back then. I’ve actually visited over a third of the countries in the world. I’ve been very fortunate. It’s been one hell of a journey. I’ve had the best partner I could possibly have in Amy to help me navigate these waters and stay true to who I am and what I want to achieve.

Watch RAD SEASON Episode Six with Robbie Maddison on FUEL TV Plus. You can also follow what Maddo is up to on instagram. 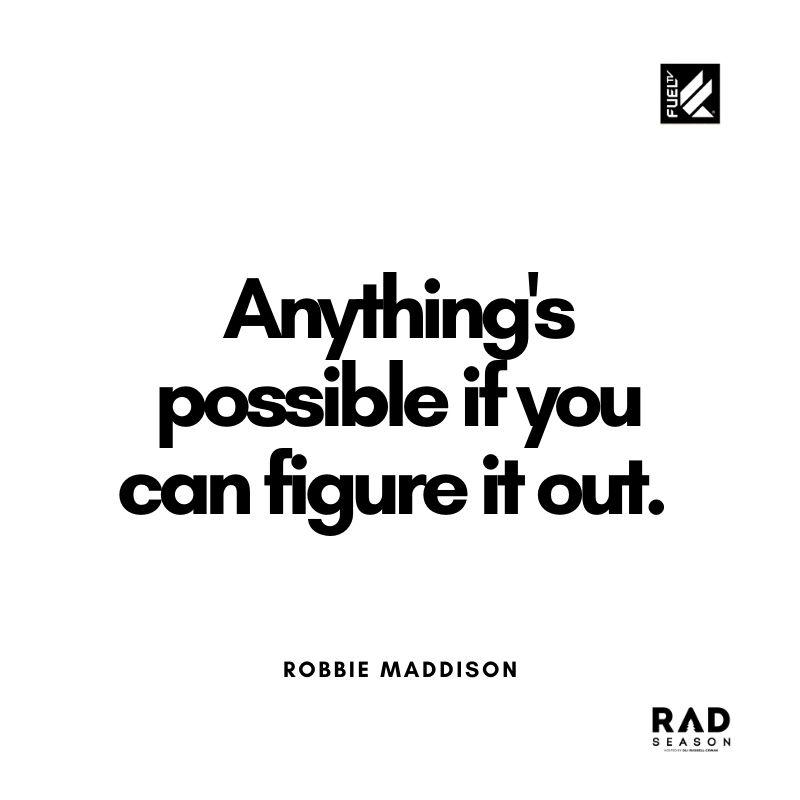 Rad Season is providing you with rentals and hotels at the lowest prices available online. Book your stay near Temecula, California using the map below!