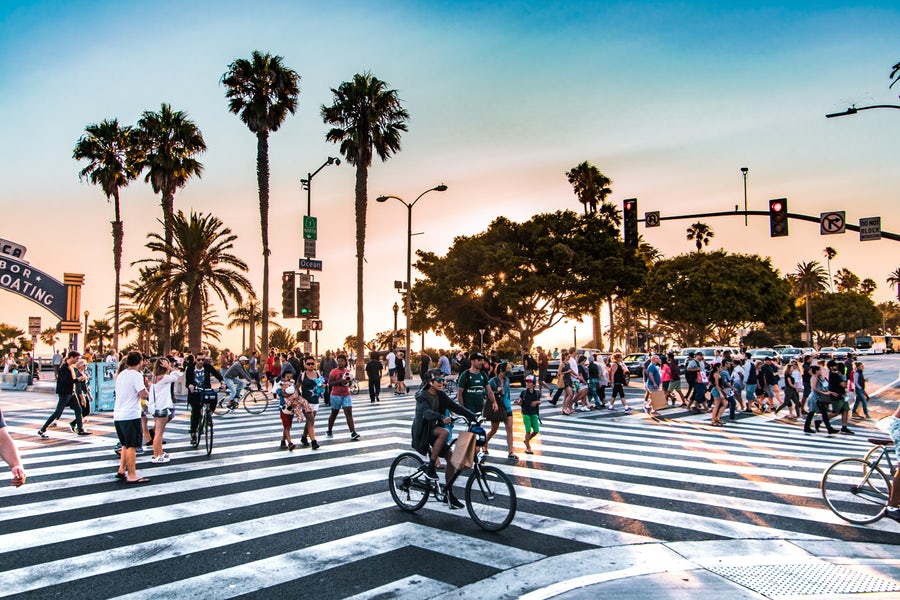 Eats of the Streets in L.A.

Los Angeles, California brings beaches, movie stars and incredible nightlife together under one sports-crazy city in the southern portion of the Golden State. From the Hollywood sign, Walk of Fame, Universal Studios and Disneyland Park, it can be hard to figure out where to start when visiting the City of Angels. The mere fact that you are within a two hour drive to the beach, the slopes or the desert for an action-packed day makes it hard to choose living in another part of the world. One of the most overlooked aspects of this amazing city is the underground food scene, which has exploded in recent years. The classic eats such as In-n-out Burger, Tito’s Tacos and Pink’s Hot Dog Stand should all be experienced, but these up-and-coming grub spots are sure to capture your heart, stomach and taste buds. Let’s check out Rad’s Top Street Foods in Los Angeles. 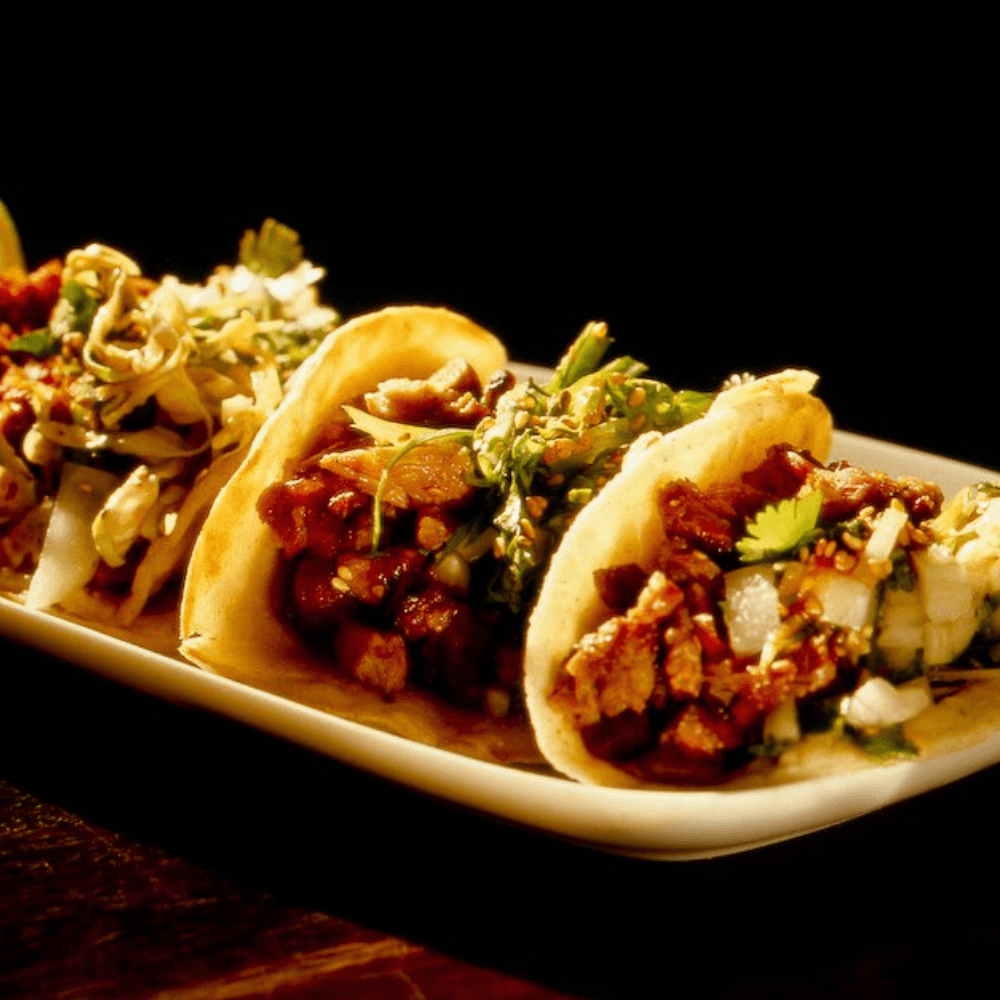 Out of all the dozens of phenomenal food trucks that run the streets of L.A. Roy Choi’s Kogi BBQ has been one of the few constant players since 2008. The three infamous trucks that bless Angelinos’ stomachs daily are named Verde, Roja and Naranja. Pretty easy to spot too. If you don’t get a chance to catch the truck, be sure to swing by their taqueria in Palms or their small setup in El Segundo’s Whole Foods market. Prepare to have your life changed by tacos with mind-blowing flavors of double-caramelized Korean BBQ, spicy red salsa, fresh cheese, cilantro and house-made tortillas. 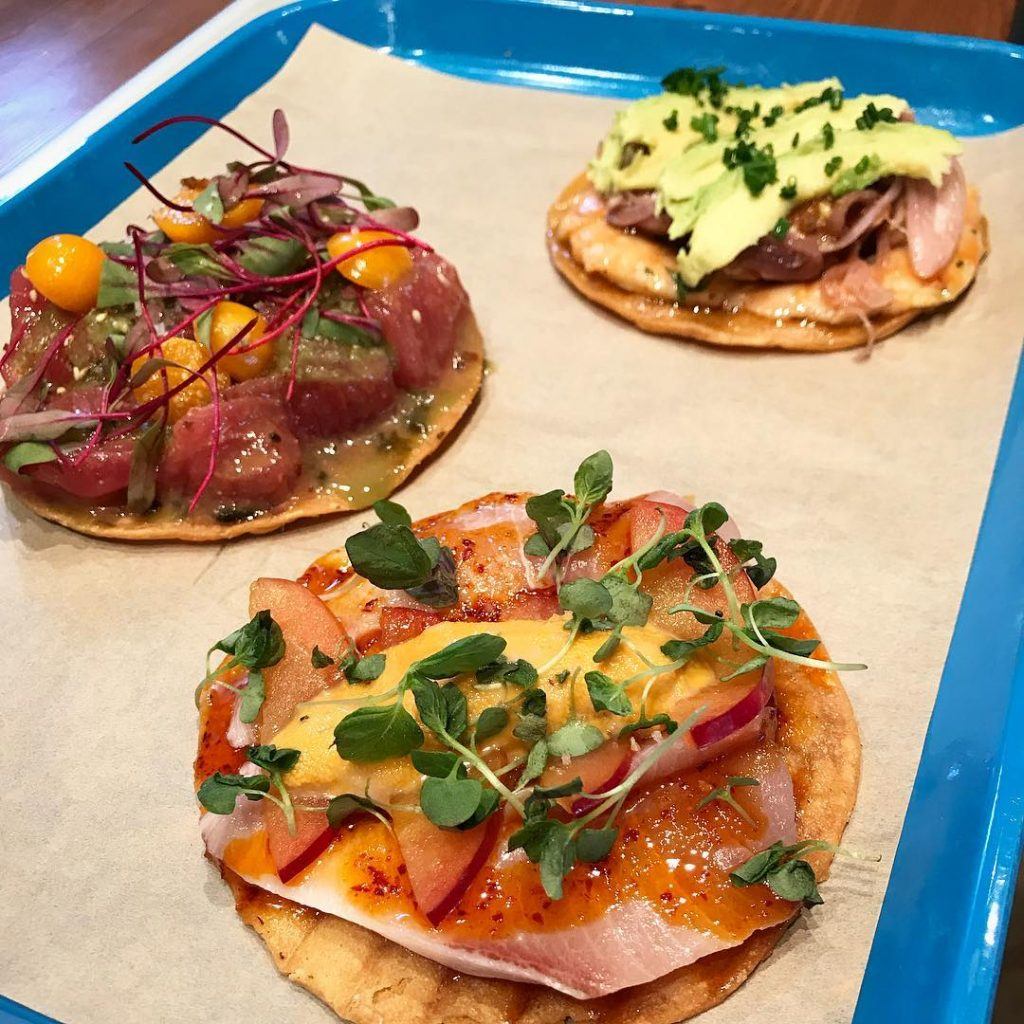 The heavenly street tacos at Guerrilla started out of the back of Chef Wes Avila’s “taco car” in Downtown Los Angeles during 2012. After serving up delicious tortilla plates for about a year, the business expanded to multiple taco trucks. Eventually the food became so respected that Chef Wes had no other choice but to open his own restaurant in July of 2018.

Now the bustling restaurant serves seasonal eats provided by local vendors with inspirational flavors of the city, all served on a tortilla. Wash it down with a cold beer or their classic Golden Glove Michelada. 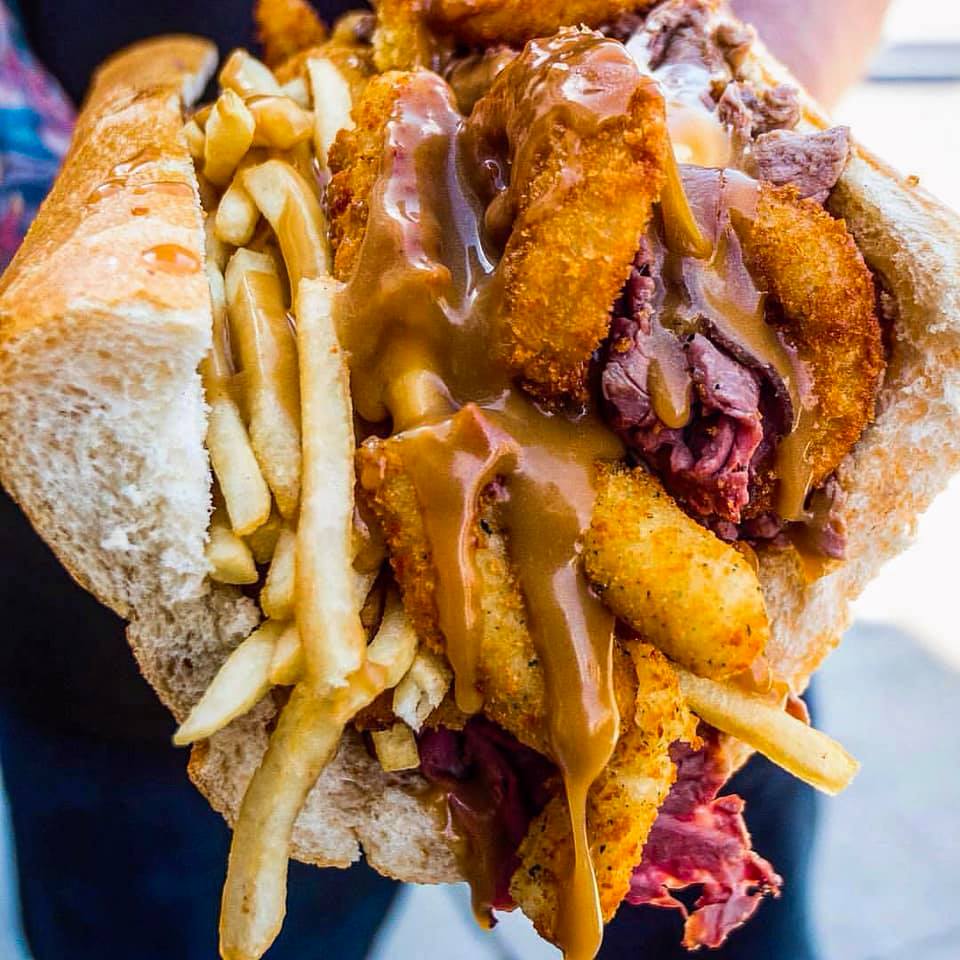 Located just blocks from the UCLA campus, Fat Sal’s has become a staple in the Los Angeles food scene. There isn’t much glamour to be witnessed and maybe that’s why this place is so damn good. 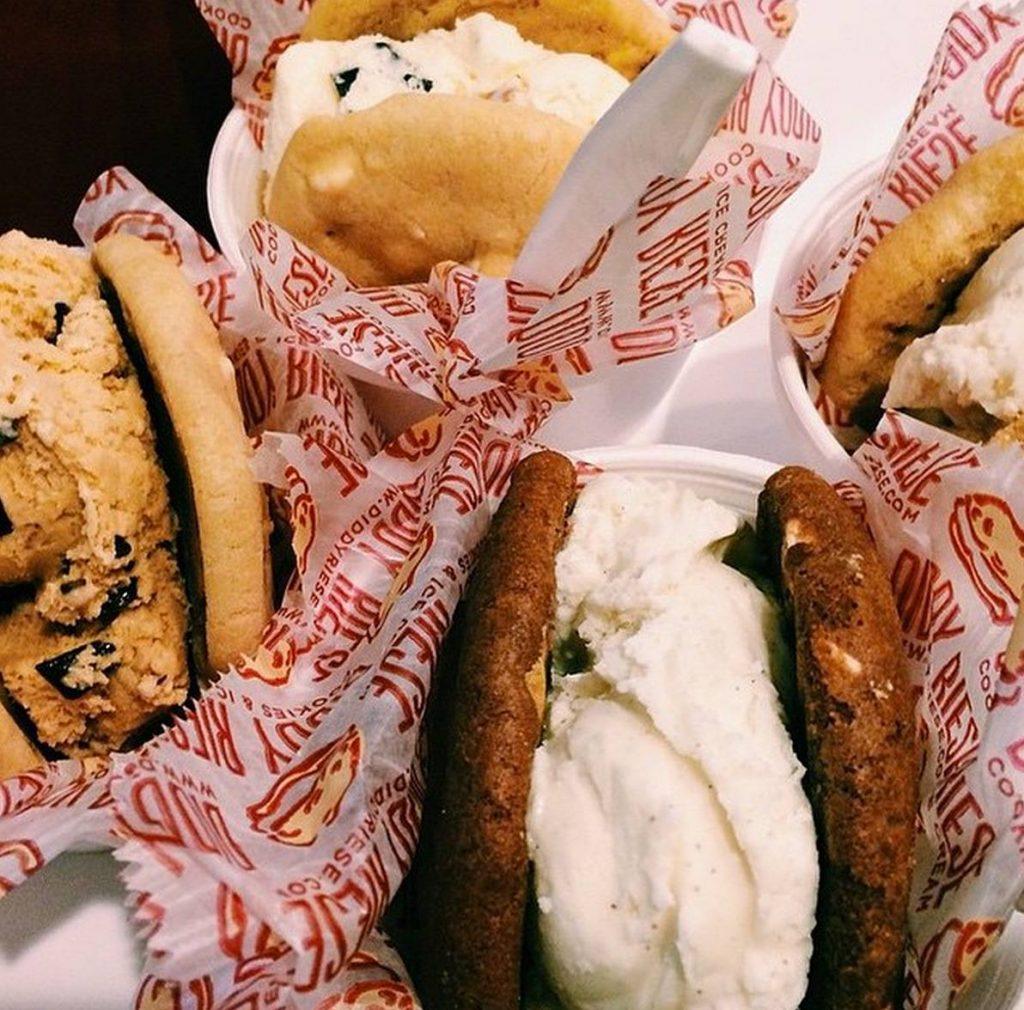 If you are from Los Angeles or the surrounding areas, there’s a very little chance you haven’t made the late night run to this magnificent bakery. If you are visiting, you might as well just skip dinner and head straight to Diddy Riese in Westwood Village.

The legendary shop opened its doors in 1983 and hasn’t looked back. From scrumptious cookies, brownies and melt-in-your-mouth ice cream, Diddy Riese brings a variety of premium flavors to every customer’s taste buds. Stop by as late as midnight during the week or 1 a.m. on the weekends to get your sugar fix. 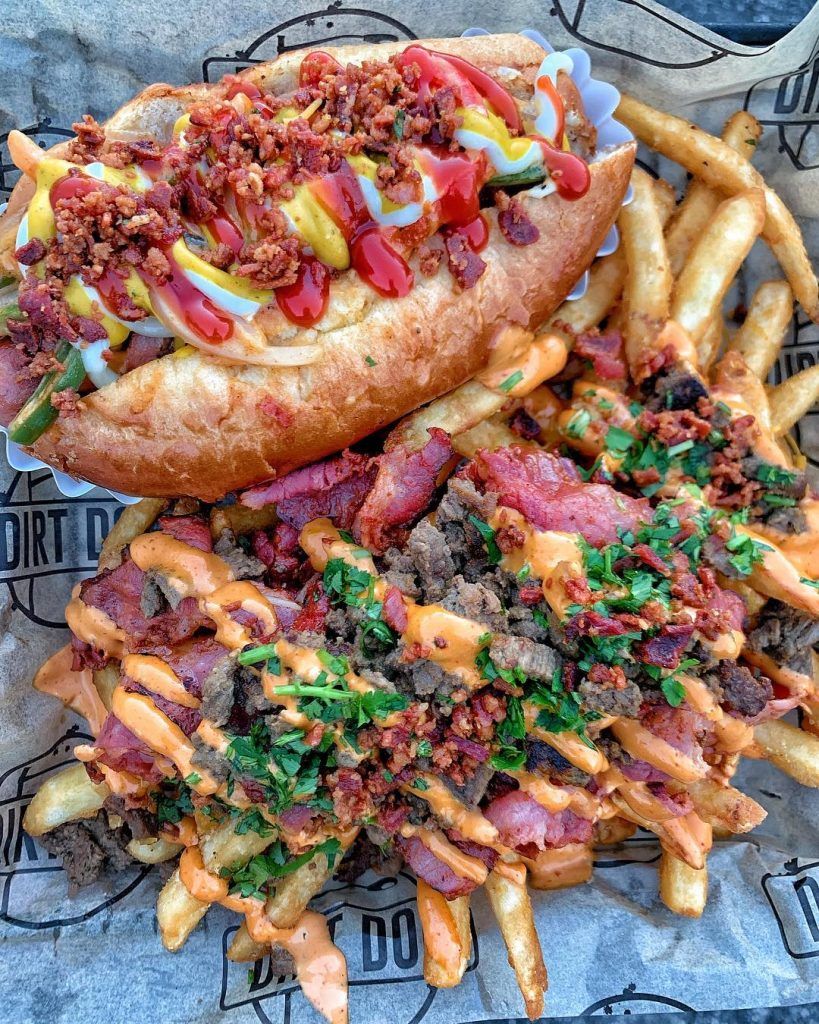 High quality ingredients, street-inspired recipes and a good ‘ol dog cooked right in front of you caps off this chow hotspot. With a deep connection to the community, Dirt Dog delivers a dining experience that represents nothing short of summer eats on the streets. The company gained inspiration from carts serving up bacon-wrapped hot dogs topped with peppers, mayonnaise and ketchup.

When you’re incredibly hungry or stumbling out of a bar at 2 a.m., nothing quite competes with such a pork-inspired dish. Dirt Dog ran with the idea and now produces some of the most delicious and Instagram worthy hot dogs in the world.

Rad Season is providing you with rentals and hotels at the lowest prices available online. Book your stay near Los Angeles using the map below!