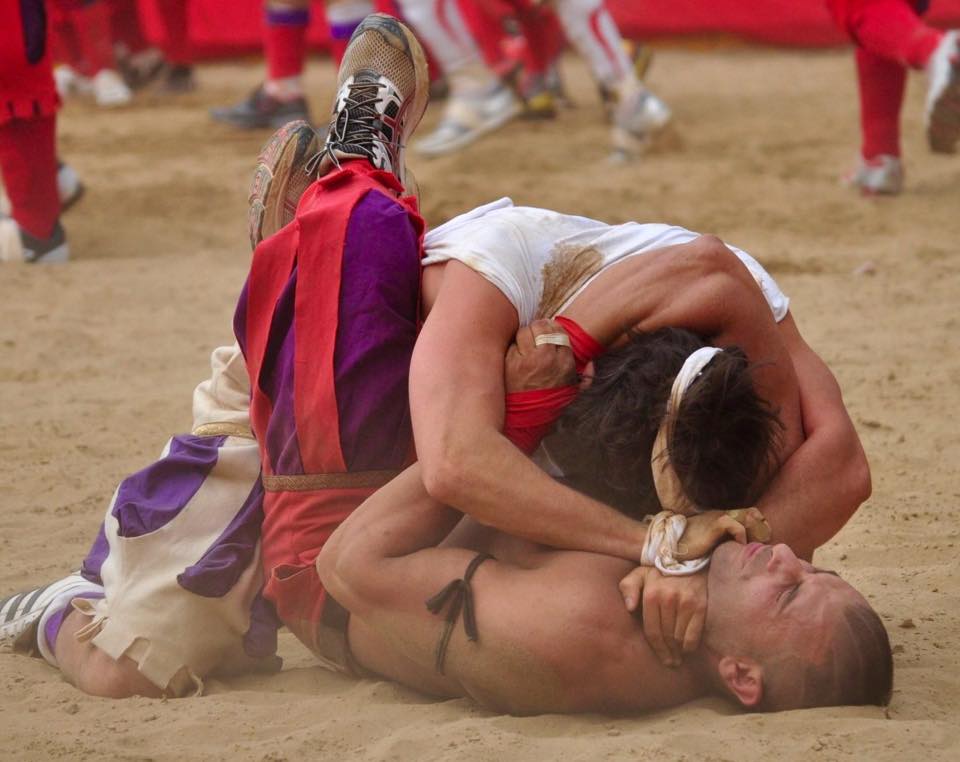 Home to some historical masterpieces, delectable food and most importantly, the Calcio Storico, the Tuscan capital of Florence is the place to be this summer! If you find yourself in Florence this summer, you simply cannot miss the opportunity to catch The Calcio Storico Fiorentino; a celebratory sporting event that takes place on the feast day of St. John the Baptist; and one of the most brutal events on earth!

What is Calcio Storico

Calcio Storico is an annual historical event that takes place in the Italian city of Florence. Dating back to the 16th-century, the event resembles a combination of soccer, rugby and wrestling. The event takes place directly in front of Santa Croce Church and the square is covered in dirt to recreate the setting of the origins of the game. Bleachers are also set up around the square for spectators to watch the game.

There are four teams that participate in the event, representing the four historical neighbourhoods of Florence. The neighbourhoods are represented as team blue (Santa Croce), team white (Santo Spirito), team red (Santa Maria Novella) and team green (San Giovanni). Each team is made up of 27 people and there are six linesmen, a referee and a field master. Each game is played for 50 minutes and the team who scores the most points ‘cacce’ in 50 minutes wins.

The participants are made up of volunteers and the rate of leaving the field injured and bloody is extremely high! The prize for the winning team is a Chianina Calf – one fo the oldest breeds of cattle in the world! In recent years, the prize has been reduced to a free dinner; however; participants generally take part for the glory. 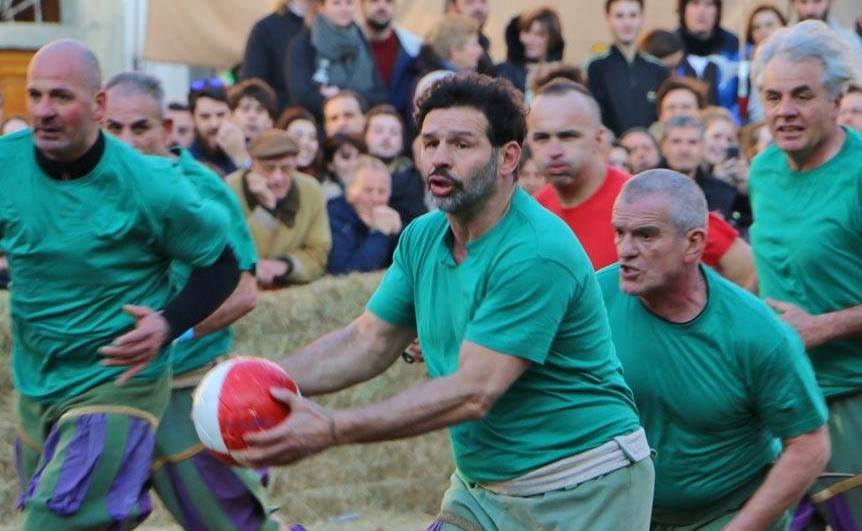 The two semifinal events take place in early June and the final match always takes place on June 24, the feast day for Florence’s patron saint St. John the Baptist. The day kicks off with a parade, which starts in the Piazza Santa Maria Novella and makes its way through the entrance to Piazza Santa Croce. Participants dress in historical costumes and each of the four districts is represented in the parade.

There is also a medieval pageant and marching bands. The parade starts at around 4 pm and the final match is played at 5 pm. The day concludes with celebrations along the banks of the Arno and a spectacular fireworks show is launched from the renowned Piazzale Michelangelo. 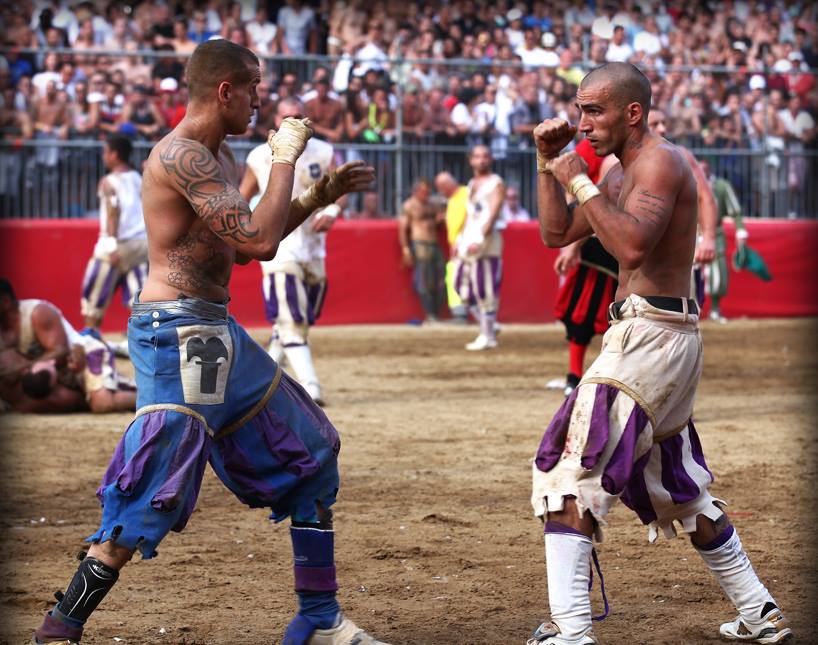 Grab your tickets early: Tickets generally go on sale early June. Tickets are only available from the box office, making them difficult to get so head over to Florence early and secure your tickets ahead of time.

Celebrate the entire event: Aside from the match, celebrations take place throughout the city during the entire event. Don’t miss the official parade that runs through the city before the final match and catch the fireworks at the end of the night!

Rad Season is providing you with rentals and hotels at the lowest prices available online. Book your stay near Florence, Italy using the map below!