Kicking off more than two decades ago, the Festival International des Sports Extrêmes (FISE) has grown to become the biggest action sports festival in the world! Inspiring action at more than 350 events around the world, the festival regularly welcomes thousands of the best athletes and fans to take part in the FISE experience. We recently had the opportunity to check out FISE Montpellier in the south of France and catch up with the founder of FISE himself; Hervé Andre-Benoit.

Can you tell us a bit about how FISE began?

I started the event in 1997; it was a student project. I started to ride BMX at 6 years old and after that, it was windsurfing and kite surfing and now I wakeboard; so I was fully in love and had a passion for these sports. I had the opportunity to make a student project with a group of friends and I decided to try to make one event where we can have different sports at the same time. So we started in Palavas and we added windsurfing, inline, skateboarding, BMX and more. The events were well received; we had 25,000 people at the first edition. It was a financial disaster for me because I lost some money and I was just too young so my first big sponsor was my dad; who supported me to pay all the invoices and help me invest to create my company.

Just after the first edition, two months after I created the company, I worked out to find some sponsors and grow the event. So now it’s been 23 years now that we’ve been trying to develop and it’s important to understand that if I created this event, my main focus was and continues to be to share this passion.

‘I feel for me and my personal education, action sports bring me so much so I wanted to bring that and to share this passion to the maximum amount of people; so that’s why the event is free; there is no entrance ticket.’

We have some competitions for pro and amateur too; it’s very important to have amateur, and some clinics too to try to catch new riders and new beginners and where we can work with local associations after 22 years. It’s what we do in Montpellier, we do the same in China, Japan and Canada; so it’s all about sharing our passion. 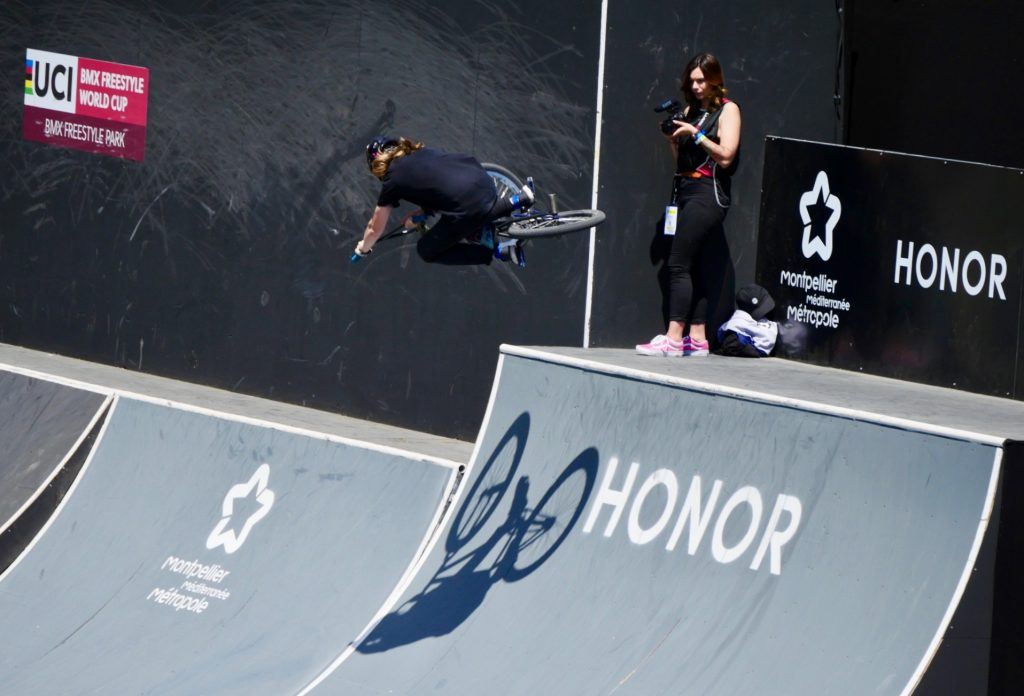 Montpellier was the original event and this is where the company is based as well. How has it developed over the years? What are the trends in action sports that you’ve seen over the years? Obviously, so many of the sports are at FISE; I’d say it’s like the Disneyland of action sports events.

Exactly, that’s the idea! It’s funny because my first goal at the beginning was to strive to be at the level of X Games which is part of Disney; so that was a good joke. But yes, it’s important to understand that X Games pushed action sports so much for 25 years and the thing that’s different is X Games is a TV show and they focus a lot on their audience which means they need to have a lot of American athletes because it’s important for the American market; there’s no amateurs and you need to have some sort of ticket for entrance.

So for us, I like to compare it in a different way; so how we developed that was at the beginning, inline roller helped us a lot because the community in ’97 to 2001/2002 was absolutely huge. The brands had some money so they could sponsor the event too, When the sports go down, a lot of events and concepts are inline and roller like X Games; they did some and they stopped after that.

For me, I’ll never forget all the roller support, so that’s why after 23 years, we continue to push roller. It was difficult sometimes because the events of inline for the skateboarding, the guys sucked so they didn’t want to sponsor the FISE; but then we added some roller because the situation changed. Me, I don’t want to try to say it’s not good, it’s good. If it’s an individual sport, we need some engagement, like practising with your friend to develop your own style and personality; it’s all part of the family.

So that’s why we integrated scooters a couple of years ago, with the same story we had with roller and the response was like ‘Oh scooters, what is that? Those are just for kids’. But with scooters, you can start at two years old, so it means you can start to practice sports; and there’s more of a chance to stay on the scooter or go on to skateboarding or BMX when you start with the scooter than going to soccer! For me, it’s a good doorway for kids to start action sports. 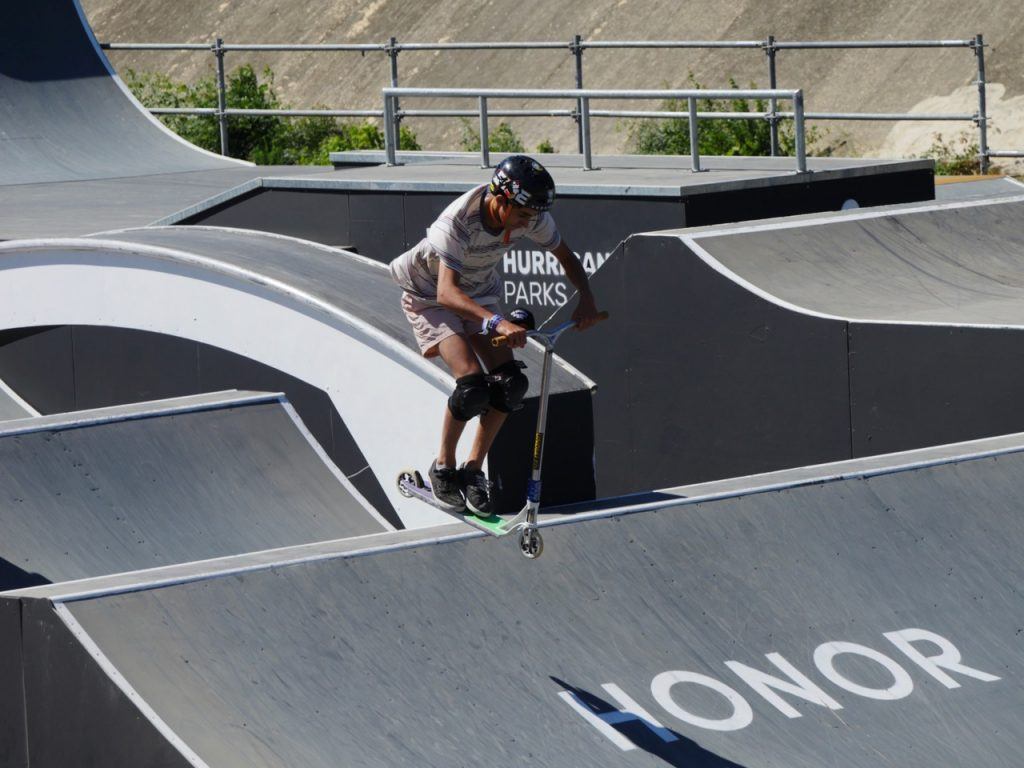 So during the years, we tested out some sports; for example one year we tested monocycle! We only tested it for one year because it wasn’t popular but the style was interesting to test. Sometimes we don’t continue and sometimes we do; so that’s why we did scooters and this year we had the trial; it was not bad. We need to adapt the format of the events to be more fun and give more freedom to the riders and have less rules so they can express themselves and try to develop.

How has it developed?

We developed the FISE World Series in 2013 so we have the FISE in Montpellier and we had the goal to develop a global tour so that’s why we developed the world series. So this year we stopped in China, Japan and France; we already have some stuff in Canada and the US. So after having a good world series, because we didn’t have enough media coverage and it was difficult to find sponsors, my idea was to try and go to the International Federation; that’s why our sport was fighting against the federation because they didn’t like it. 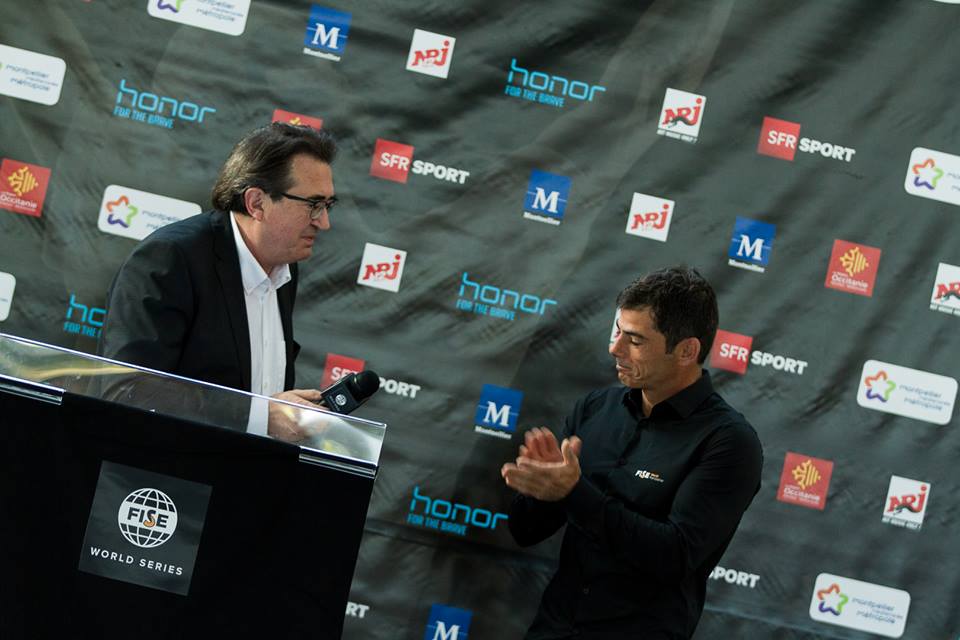 So I went to the UCI and said I already have a world series, you just need to put your stamp on it. They said ok and I told the riders that we were going to work with the UCI but FISE never changed, we got to keep the same DNA, the same spirit. There was no stress about that. So what we do with UCI is we do it for the world skate for the roller and again for the BMX Flatland and the International Gymnastics Federation came to us three years ago to ask us if we could do something with parkour like we do with BMX so that’s now why we have a world cup in parkour. 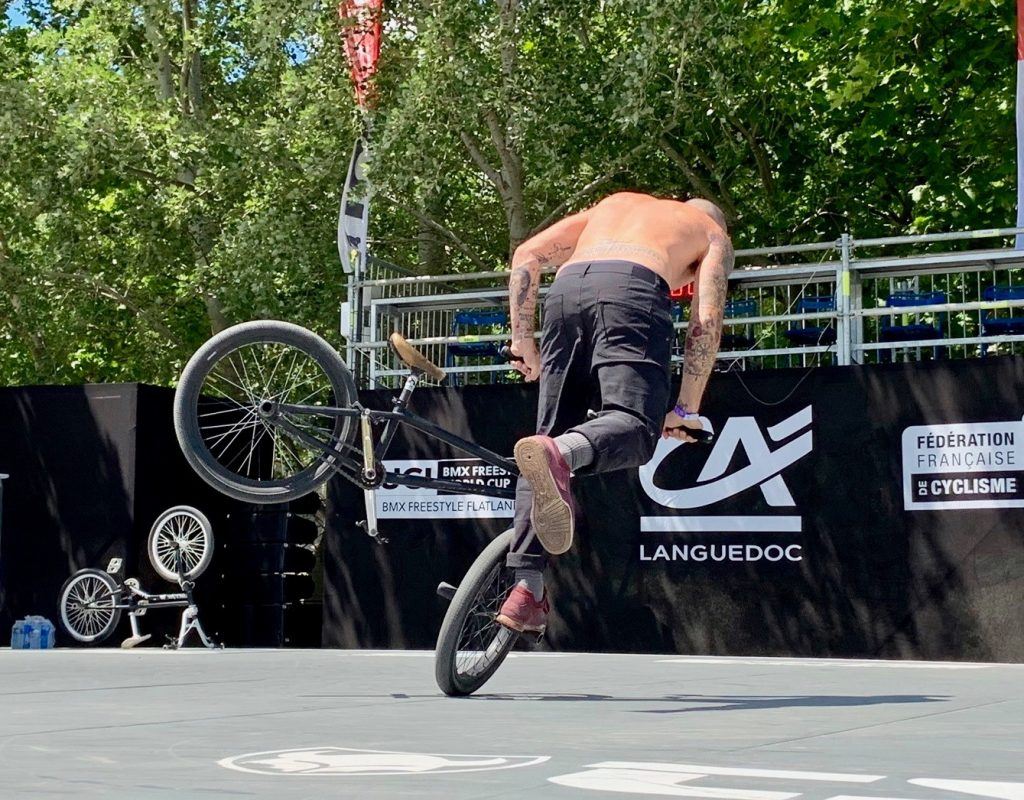 Two years ago, we arrived to convince the Olympic committee to come to Montpellier so we could show off the BMX park and for sure UCI was first in line to make this demand. So they came to Montpellier and saw the event concepts, the location, and they were totally in love with the concept and they see the crowd and the target that we have; 15-25 years, it’s a very good target for the brand and they understand that the future of the sport is here. So that’s why a couple of weeks after that, UCI decided to integrate the BMX and the skateboarding for Tokyo 2020.

The idea now is to wait until August 2020 to see if many people will watch the sport because it will mean we will have a big boom in riders, more sponsors interested, more media coverage. That will be the goal. So when you see Paris 2024, we will ask for new sports; just action sports. I think we’re on the right way.

What’s the future of FISE looking like for the next couple of years? What are you guys focusing on? Are you going to be launching new locations or after the boom of the Olympics?

To be honest, it’s the opportunities that we take about with cities. We would like to  be on multiple  levels; for example, us in France, in Montpellier we have FISE Metropol. It’s 4 events around Montpellier in a village. After that we have the FISE Xperience; it’s a national series in a bigger city in France. We have the European series starting in Madrid, in Europe; and then there’s the world series.

Our goal will be that each time we arrive to open a new world series globally, to go local; continental series, national series and maybe some city series/regional series. So it’s to try and take the map and try and be in each country; that’s the dream and it’s my goal to try and have action sports everywhere and be bigger in maybe 20 years; we need to work hard for that. 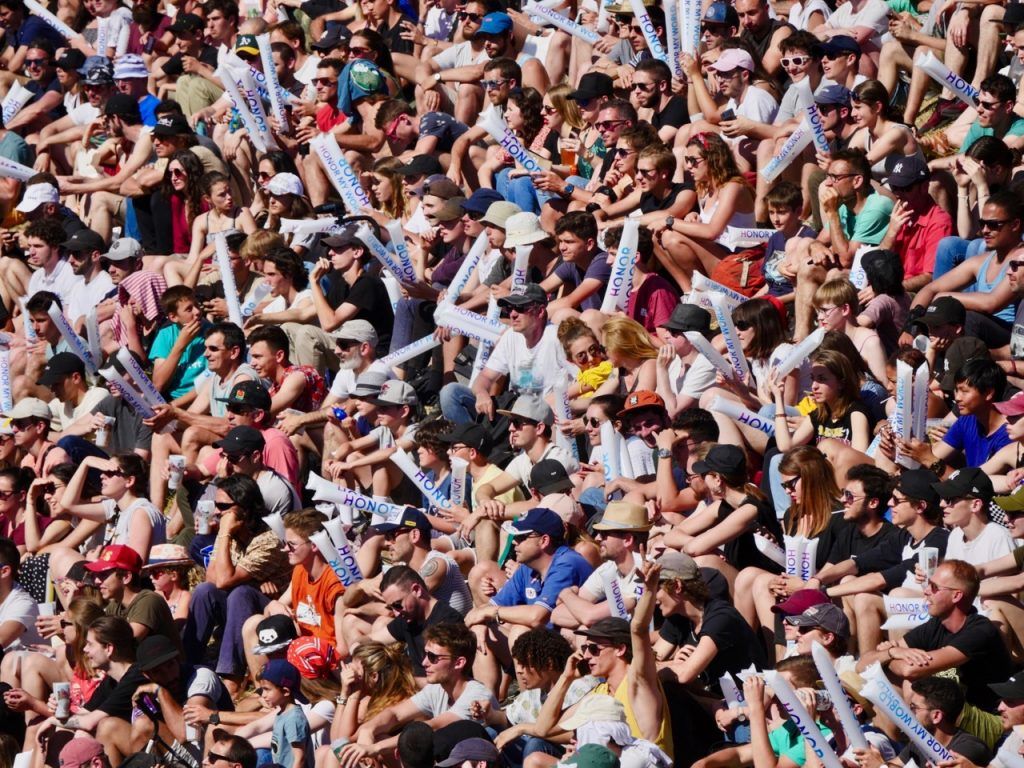 When you see the youth, the new generation, the millennial generation; sometimes they don’t like to have rules, not just for sport but even in life; but it’s definitely why all the action sports are the future of sports. So my plan is to continue to do what we do and continue to keep the passion and for sure now, we’re working with IF; it’s another means to work. Me, I would really like to be part of the people who will do the maximum to keep our DNA; we don’t want to lose it, and it’s a big challenge for the future. Maybe with money, with media, with IF.

‘My first goal is to keep the spirit like in Montpellier and sharing that and making rockstars.’

We hope that we can continue to be like that, which is perfect because the amateurs are riding in the same place as the Pros so they can sometimes ride together. It’s like a dream; me when I was young, my dream was to windsurf with Robbie Nash. I want to keep this magic, to see eyes with the stars and say thank you for inspiring us to work hard and I think that’s the recipe for a nice future.

Rad Season is providing you with rentals and hotels at the lowest prices available online. Book your stay near Montpellier, France using the map below!