Pierre André Sénizergues grew up in the suburbs of Paris and got hooked on skateboarding at 15. He studied engineering in the early 80’s and got a job as an engineer for IBM. He would skate during his lunch breaks at work and know that he had to follow his passion. In 85 he moved to California to purse his skateboarding dream. From being one of the best skate pro’s in Europe winning 12 French titles and 5 European Championships he became homeless and would do skate demos on Venice boardwalk to survive.

All that changed when Steve Rocco team manager for Sims Skateboards at the time saw Pierre skate one day and asked him to join the team. Pierre became obsessed with creating a shoe for skateboarders that was durable as well as functional. He teamed up with Rautureau Apple a French fashion shoe manufacturer and starting designing skate shoes with skaters in mind. etnies was born. In 89 Pierre launched etnies in the U.S. and later gained full rights to the brand name worldwide.

etnies was growing massively in the mid 90’s selling millions of shoes and sponsoring the best skateboarders in the world. With specific team riders in mind he launched additional brands including éS, Emerica, apparel brand Altamont and snowboard brand ThirtyTwo. The company went under the Sole Technology Umbrella. They moved headquarters to Lake Forest, California and now Sole Tech distribute to 70+ countries and are the leading privately-held action sports footwear and apparel company in the world.

Tune in to the podcast find out how Pierre went from being a pro skater to an entrepreneur, designing shoes, building an action sports community, constructing the biggest skatepark in the world at the time and loads more!

Oli Russell-Cowan: When did you get into skateboarding?

Pierre André Sénizergues: I started skating in 77 when I was 14 years old. A big trend of skateboarding came from California to Europe. I saw this and I just couldn’t believe how amazing it was to jump on a skateboard and be able to do tricks. Travel around with it meeting people, having parties around skateboarding. Designing your board, making your board, doing graphics on it, just everything was so creative and I really got into it.

In 78 it became extremely huge. In Europe millions of skateboarders got into skateboarding, Then I started going to different countries skateboarding, including England many times. Places like Crystal Palace for contests, I even went to Scotland for other events. I just started travelling all over Europe, and I was super excited that I could meet so many people through skateboarding. Eventually, I decided to go to America. 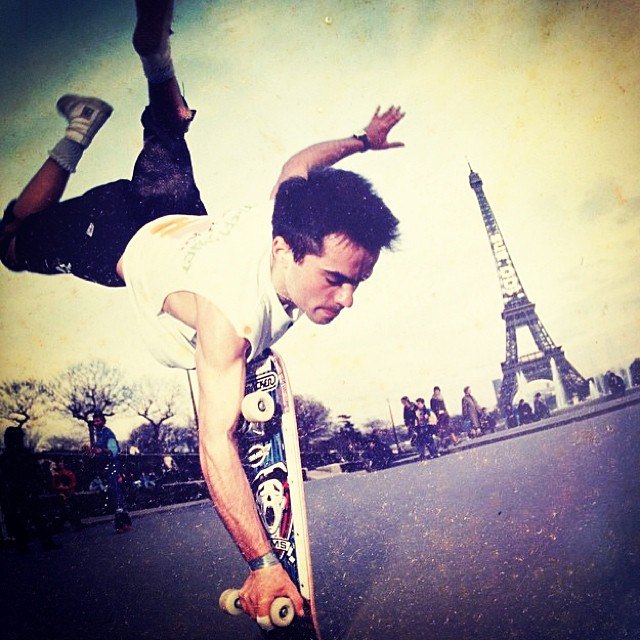 I worked for IBM after I graduated. But I found myself in a very challenging situation. I would go to work and you had to wear a suit and a tie. I worked on software and my mind was just thinking about skateboarding the whole time.

At lunch I would jump in my car, change into my skate gear and go skateboarding for lunch. Then I’d come back to work. Back at work on the computer, I would be sweating and so hot from skateboarding. I thought something is not right, I have to do something.

I decided as soon as I have enough money to buy a plane ticket, I think I’m gonna go to California to skate over there. I thought that’s really what I want to do to go and see what’s happening over there.

Two months after I was working at IBM, I just had enough money to buy my airplane tickets and I flew to California.

Oli Russell-Cowan: Was that the first time that you went over there?

Pierre André Sénizergues: The very first time. I knew one guy in California that I have met in Sweden at a skate camp. That was a Per Welinder. He ended up being a big time skater on Powell and Peralta in the 80s and 90s. So I sent him a postcard to see if I was going to California if he could be there to let me stay in his house. Then I’d figure out what to do.

Living on the Streets

He said yes, then I arrived to LA and stay with him for a week. After that, I was on my own to figure out what to do. So I stayed on the beach or up in Venice Beach. Kind of being homeless, but for me, it was not being homeless is was more like camping because there was beautiful weather.

I was comfortable on the beach, sleeping on the sand. Then I would skate in Venice Beach boardwalk. To try to survive I would put my hat on the ground and do trick demo. Then the tourists passing in Venice Beach would give me some money so I could survive. 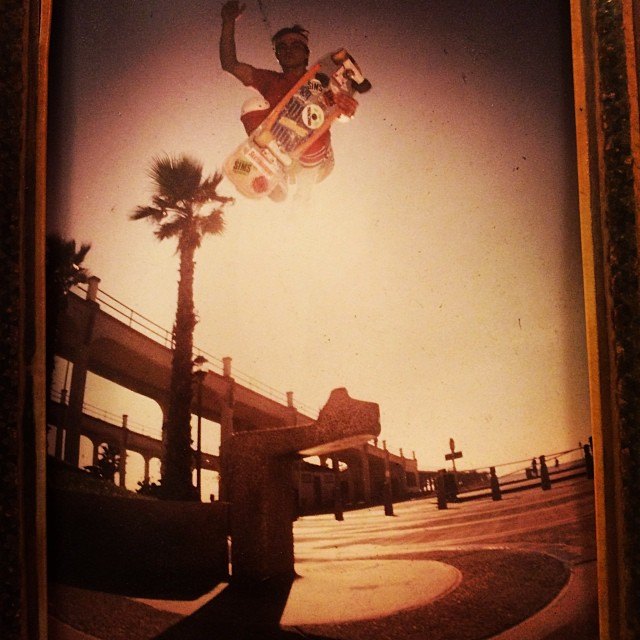 I was found skateboarding on the boardwalk by Steve Rocco. Steve Rocco was a pro skater for Sims Skateboards. At the time my favourite brand was Sims. He was their team manager. He asked me for me if I wanted to ride for Sims and I was like, oh, Haleluya!

Pierre André Sénizergues: The industry was not that big at the time. Skateboarding and action sports in general sometimes go really big like for skateboarding in the 70s. Then it plunged and came back in the 80s.

I was trying to figure out what can I do to contribute to the industry by doing something that can really help.

It came down to basically shoes. First I was wasn’t having fun with shoes. I would destroy a pair of shoes in five minutes. I was getting fed-up with duct taping and fixing my shoes and my friend would be the same. I thought maybe we can make the first skate shoes that are made for skateboarding by skateboarders. 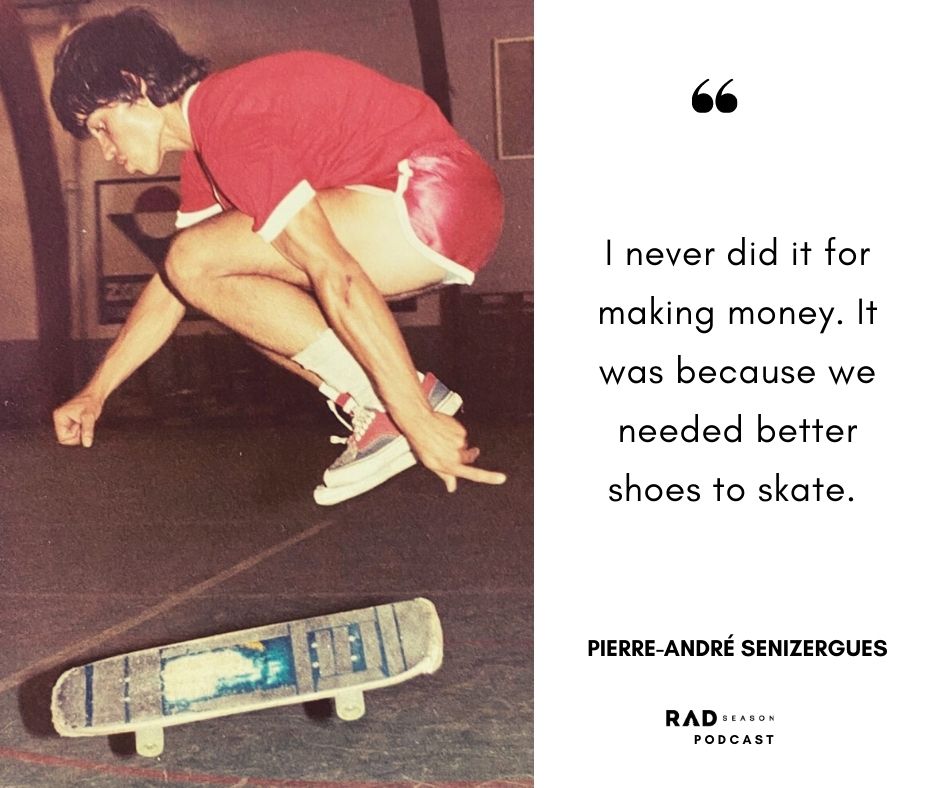 We can make the shoe that we need that can help everybody to skate. Maybe we can get people from outside the industry coming in the skate shops and buying those shoes, which would support our industry.

At the beginning not many skate shops were carrying shoes to skate, it was mainly hardgoods. Basically, we tried to convince the stores with my team that they should add skate shoes too to develop their business. They would have more customers and it will help them out and help the whole industry.

It was a bit of a strange decision to do this. It was a very complicated because I had never made shoes in my life!

Rad Season is providing you with rentals and hotels at the lowest prices available online. Book your stay near Lake Forest, California using the map below!