Nick Uricchio grew up in Connecticut and moved out to Arcadia, California when he was 10. His Grandfather got him into scuba diving and skin diving. At 15 in high school he started surfing with friends at Huntington Beach.

After finishing school in 78 Nick took off on a backpacking trip around Europe. The last stop he found himself in Lisbon, Portugal. His rail pass had ran out and the uncrowded waves lured him to stay in Carcavelos for a few months.

In 1980 Nick moved to Costa da Caparica close to Lisbon and with António Pereira Caldas started Lipsticks Surfboards one of the first surfboard manufacturers in Portugal. 2 years later he partnered with his good friend  Miguel Katzenstein to create Semente Surfboards. The plan was all about lifestyle and surfing the best waves in the country. So they set up shop in the surf mecca of Ericeira. The rest is history. Nick went on to become one of the most successful shapers in Portugal. Working with the best surfers in the country as well as top pro surfers passing through.

Tune in to find out how Nick fell in love with Portugal, the early days of surfboard shaping, innovation in board manufacturing, his thoughts on wave park technology, building a recognised brand and loads more!

Nick Uricchio: After Costa Caparica, I made boards within Antonio until 81. I moved up here with my partner, which has been my partner for the last 40 years Miguel Katzenstein. We moved up here and started Semente Surfboards.

The first label was Lipstick Surfboards. We moved up here to start Semente. At the time, we were using the same blanks that Antonio and I were using in Costa Caparica, which was a National Black. It was made in a mould in northern Portugal.

Neville Hyman called. He was friend of my partners, Miguel. Miguel had been to Australia and all that. Neville said, Hey, I want to do some boards when I’m over there.

‘Yeah, how many you want to do?’ ‘I’ll do like 30’, Nev goes. Nev came over all charged to do 30 surfboards, shaped one and he said, Hey, I think I’ll do one more off this black. I’m gonna call it quits. There’s no way I want to shape 30 boards out of this piece of shit. It was pretty gnarly back in the day. 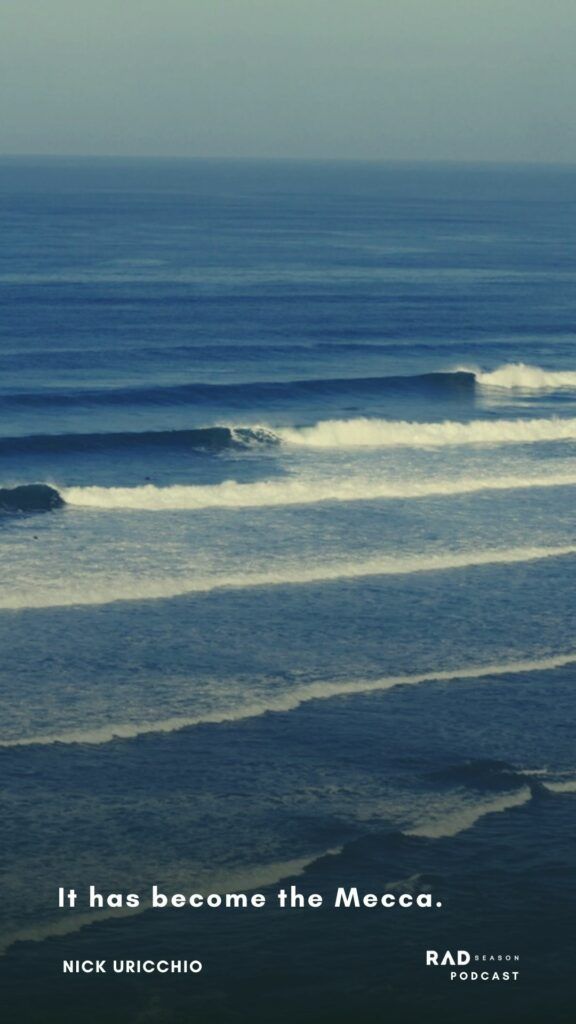 Oli Russell-Cowan: What kind of boards were you shaping back then?

Nick Uricchio: We started with pretty much single fins and twin fins. It was all glass on fins. Some of the singles were box fins. Pretty short boards back then actually. In solid surf there was a period when people were riding 5’10 5’11’s. Stuff like that.

Only when we moved up here, we all started spinning out at Coxos when it was three or four metres. We decided wow, we need a bit more board. It changed a lot what we were doing. I came from Costa Caparica to shaping up here, which is like night and day.

Oli Russell-Cowan: Was the move to Ericiera purely lifestyle. Was it more about the lifestyle than the business back then? 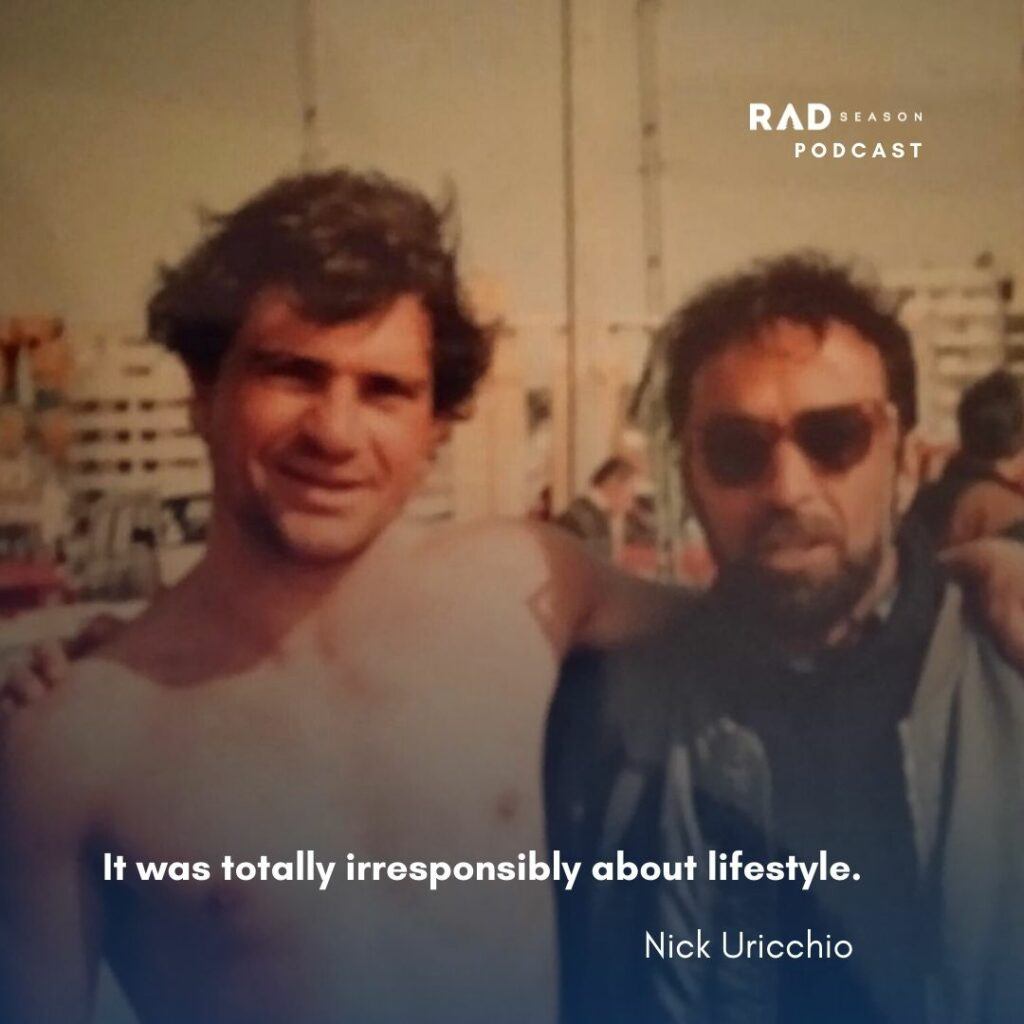 Miguel came to me and said, if you ever want to do this business somewhere else, give me a call and we’ll do it. Things were not going well for various reasons and I decided I want to get out here.

I went to talk to Miguel at the beach one day. We decided where do we want to go. We thought about the best surf in the country, let’s go to Ericiera.

We came up here not really thinking about a major business game plan more about what we wanted was to surf. At the time it was literally two hours from Lisbon back before the highways came in. All your clients are in Lisbon, all your materials in Lisbon. It was not a great game plan as far as business goes.

In the long run, it worked out, but we weren’t like visionaries who said, Oh, this is gonna work in the long run. Like 10 years from now this is going to be the spot. We just wanted to surf and we moved up to the Ericiera to start doing it. it was a great place to surf bad place for business.

It was a miserable amount of money we borrowed from Miguel’s father at the time. It was enough to rent a house. We did the factory on the bottom floor and lived upstairs. We bought enough materials to get started and that was pretty much it. We had to wait for clients on the weekend.

Oli Russell-Cowan: Would they come from Lisbon on the weekend?

Nick Uricchio: Lisbon, Cascais, Carcavelos. They were not like hordes of them that came up.

Oli Russell-Cowan: Would you get up there on the coastal road?

Nick Uricchio: The coastal road from Cascais up or the coast road from Lisbon. It took literally two hours to get up. Back in that time, not everybody had a car.

Everybody’s got a car these days. I remember when I lived in Costa a trip to Ericiera was the one guy that had a car and everybody had to put in some money for gas. It was like a major event to go, like this big trip. So yeah, it was different back then.

We had bills everywhere. We were struggling through the week. We had telephone bills at the coffee place. We had to make a lot of calls for business and didn’t have money. We had bills at the little supermarket. Every time we sold a board it pretty much filled all the holes we have created.

Rad Season is providing you with rentals and hotels at the lowest prices available online. Book your stay near Ericeira, Portugal using the map below!