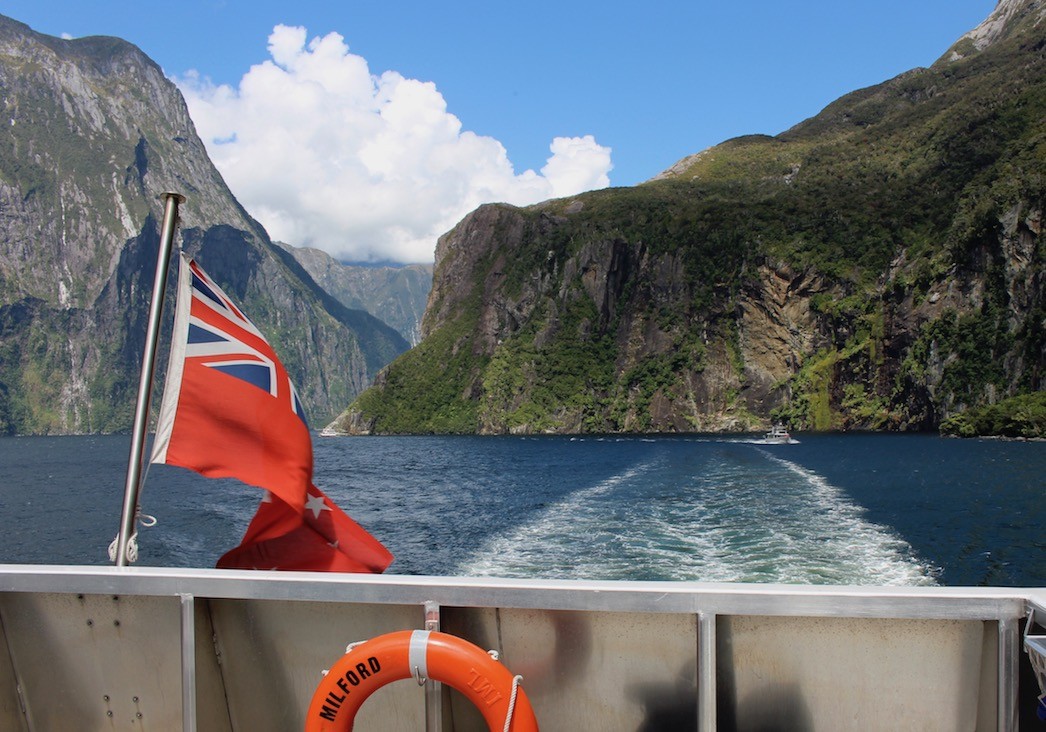 What’s better than an adventure in the great outdoors? One in the untouched outdoors – a world far removed from any signs of civilization. New Zealand is a land known for its contrasts. From its north island to the south, towering mountains to black sand beaches and lush green forests plus everything in between – it’s a place for adventurers and outdoor enthusiasts. No matter where you turn, there’s a gorgeous hike or walk or trail to explore, even on the outskirts of its major cities. Sometimes, even within the city limits themselves.

But if you’ve already been to New Zealand, or even if you haven’t, and you’re craving a really rugged getaway – there’s a way to get even further off the beaten path than the already remote South Pacific country offers. If you want to get off the grid, quite literally, you have to head south. Real far south.

There are over 13 groups of fjords in the aptly named Fjordland National Park. It’s one of the biggest national parks in the entire world and remains stunningly untouched by summer homes, restaurants or any other signs of commercialization.

Milford Sound is the most famous fjord you can visit – definitely take a cruise around, or if you fancy yourself a baller, even a helicopter ride above the peaks will send your heart racing from the breathtaking views at every turn.

One of the world’s highest sea cliffs towers above the crystalline waters. The Sound is also full of trickling waterfalls, some formed naturally after a particularly rainy day, while others are a permanent fixture.

Millford also has an abundance of wildlife. You can spot a family of seals tanning themselves on the protruding rocks, and If you’re lucky, you can also find dolphins and whales. Bonus points if you happen to stumble upon the magnificent views on a sunny day, as it rains over 200 days of the year in Fjordland National Park.

The real adventurers can hire kayaks to explore at their own pace beyond the boundaries of where a bus path can take you. 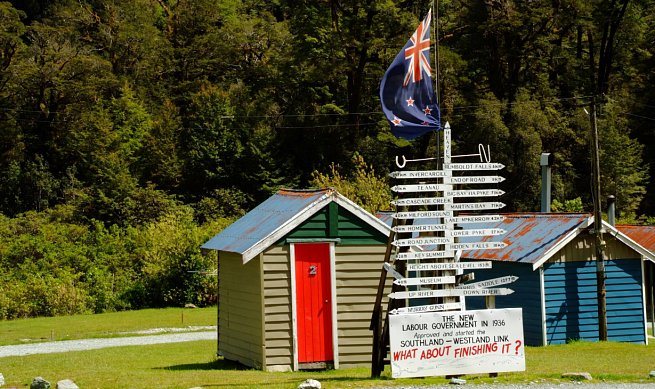 How to get to Milford Sound

It can be done as a day trip from Queenstown, the closest city (and also nicknamed the adventure capital of the world. Queenstown is where bungee jumping was invented, after all). You can also opt for a hop on, hop off bus service (New Zealand has two famous ones, Stray and Kiwi Experience, both heavily geared towards the spirited backpacker). Or, if you have a lot of time on your hands, you can buy an old camper van and cruise around the whole country.

Where to stay in Milford

Gunn’s Camp is a great little campsite in the park that’s not a long drive from Milford or Doubtful. You can pitch a tent or stay in one of their dozen or so dorm style cabins. The hot water comes from a wood burner and the generator is only turned on for 3 hours a day. There’s no WiFi and no cell reception, but plenty of opportunities to explore the nature around you. Gunn’s Camp sits on one of the park’s many glacial rivers with the clearest (and coldest) water you’ll likely ever swim in.

Other tips for exploring the Fjords

The Fjords also have another popular option, Doubtful Sound. Despite the popularity of Doubtful and Millford, both are incredible vistas with minimal obstruction. There aren’t dozens of boats in the sound with you, nor are there shops or any signs of commercialization. Doubtful Sound is even more remote than Millford. The only way to access it is via a long journey of bus to sea to ferry.

Summer (December – March) is peak season so, while still remote, expect the limited accomodations to fill up quite quickly. If you’re looking for off season prices and crowds, plus you don’t mind getting a bit chilly at night, try for the Winter (June-August).

Rad Season is providing you with rentals and hotels at the lowest prices available online. Book your stay near Milford Sound using the map below!