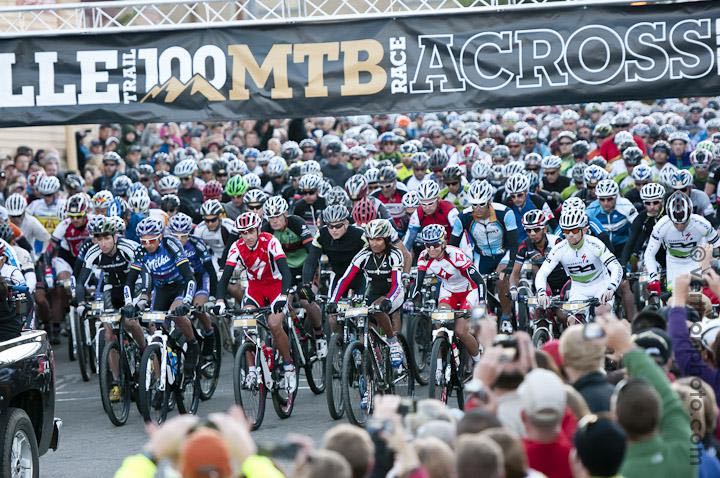 How to survive the Leadville 100 MTB and exclusive interview with 2017 finisher, Andy Thieman.

Being a true cyclist isn’t just a lifestyle, it is a calling. There are a few subtle cues that indicate a true cyclist including the saying “if you don’t ride in the rain…you don’t ride” or when referring to “life behind bars”, cyclists are not referring to life in prison. There’s a cycling culture, and a calling to cycle that is unlike any other sport out there. It’s unique, it’s raw, and it can be pretty hard core.

So how hard core do some cyclists get? It depends. There are different types of cyclists. Road, dirt, mountain, cyclo-cross, and more. And, while cycling a 100-mile century is enough to test the mettle of the average weekend warrior, try doing it at 12,000+ feet of elevation.

Cycling at higher altitudes requires your body to adapt to an environment where there is less oxygen. Acclimatization is the process that your body goes through when trying to adapt to changes in altitude. Your body desperately tries to adapt to the thinner air by breathing more quickly and deeply as your heart beats faster to pump more oxygen to your muscles. Your EPO hormone then kicks in to regulate the production of red blood cells. The more red blood cells produced, the better oxygen is absorbed. Therefore, the more fit the rider, the easier the body will adapt. 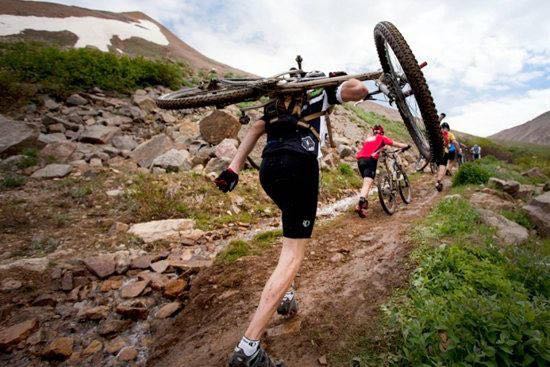 Listed by Rodale as one of the 12 hardest races in the world, it is located in North America’s highest city, Leadville, CO. Riders test their mental fortitude and physical fitness as they climb Colorado’s two highest peaks, Mt. Elbert and Mt. Massive.

At the start of the race, there are 2,000 cyclists that start out at the beginning of the LT100 MTB at 10,200ft of elevation and 30% or less are able to complete the race without getting disqualified. The famous Matt Shriver once said that “this race makes grown men cry”. From what I’ve read and heard from experienced riders, I believe him.

This is where Leadville 100 MTB race meets amateur cyclist, Andy Thieman. Andy knows what it means to suck air, push hard, and finish strong. This wasn’t Andy’s first rodeo. Andy is a 6-year testicular cancer survivor in addition to being an avid cyclist. While Andy has been cycling for years, cycling became more of a lifestyle for Andy during his fight to beat cancer in 2011. Andy road every-single-day during his chemotherapy treatment as well as blogging his journey on his Tumblr site called Blood Sweat Chemo.

His blog became a platform to fundraise for LIVESTRONG while inspiring others who were battling their own cancer journey. No matter how bad it hurt, or how tired he was, he continued to push, ride, write and finish strong. And, he did. He beat cancer, and rather than saying “the rest is history”, he kept riding, continued writing and raised $34,000 towards the fight against cancer. 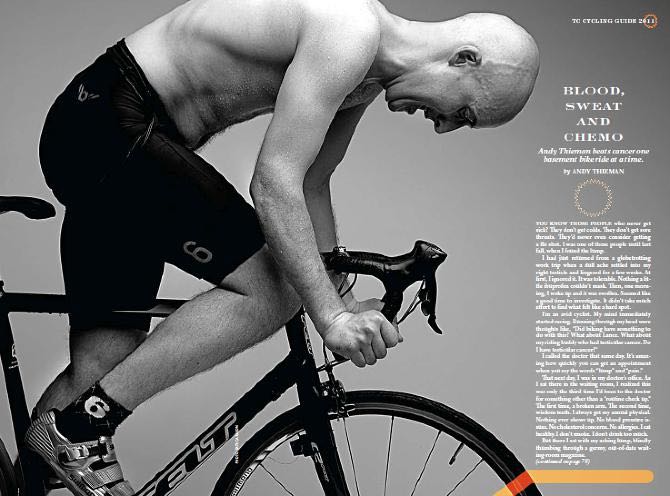 Andy has completed some very challenging cycling races as an amateur cyclist including the Almanzo 100, Chequamegon 40, Heck of the North, LIVESTRONG Challenge in Austin, Texas, and most recently the Leadville 100 Mountain Bike Race.

Here at RAD Season, we had the opportunity to speak with Andy first-hand about his experience leading up to the race, during the race, and after. Here’s what he had to say:

Natalie: Alright, Andy…I’m dying to know, how bad did it hurt and why did you pick the Leadville 100 MTB out of all the races out there available?

Andy: It’s a lottery. Leadville chose me! Thousands of people try to get into this race every year, and somehow I got “lucky” enough to make the cut. Joking aside, I’ve wanted to do Leadville for a long time. It’s the epitome of endurance mountain biking, and it’s got a great reputation for being an extremely well-run and well-supported race. And, if you finish in under 12 hours, you don’t just get a ribbon. You get an oversized silver and gold belt buckle.

Andy: Names are drawn and riders are announced in January. From that moment on, for me, it was a countdown to August, 12. Every cookie I ate, every beer I drank, every burger I grilled, I thought about how it would change my race-day performance. But it’s obviously not all diet. I needed to ride. A lot.

Before kids, I’d ride all day on a Saturdays and Sundays. One time, with a buddy of mine, we rode to Canada from Minneapolis, just to see if we could it. That’s 300 miles. We were hoping to knock it out in 24 hours straight, but got fogged-out near Grand Marais, MN and the road had no shoulder. With 18-wheelers flying by at 55mph in the pitch dark, we decided it’d be best to sleep at a roadside motel and wrap it up the next morning, which we did. Let me tell you, getting out of bed that next morning was rough, but we made it to the Canadian border a few hours later.

They make for good stories, but those days are over. Now I squeeze in much shorter rides whenever I can – usually early in the morning, before work. I’m in advertising, so I don’t need to be in the office too early. I can squeeze in 30-40 miles before work, no problem. The key is riding as hard as you can, every time you ride, no matter how far you ride. And I travel quite a bit – mostly to New York, Chicago and LA. All of those cities have SoulCycle studios with classes starting around 5:30am. You do what you need to do.

Andy: I knew I’d finish, but I had no idea how long it would take. If I was feeling strong that day, I thought maybe I could do it around 10 hours. If I wasn’t feeling 100%, or the altitude really got me, who knows how long it would take. It’s the kind of thing, if you have a head cold or a bad blister or it’s too hot or too cold or, God forbid, your bike breaks… you are definitely going to have a bad day. All I knew was I needed to finish in under 12 hours to get that buckle.

Not to mention, there are cut-off times at various mile markers. If you don’t make it to those markers before a certain time, the race officials yank you. If you finish in over 12 hours, it doesn’t count as a finish. They keep the finish line open until hour 13, and people will clap. But your time doesn’t count, and no buckle for you. Just a high-five and a, “better luck next year.”

Natalie: What was the toughest part of the race for you? Were there any moments where you thought you might need to stop or quit?

Andy: I lucked out with the altitude. I didn’t feel sick or dizzy, and I stayed ahead of my hydration, which means I didn’t cramp much and I was able to eat. Physiologically, the hardest part was the inability to recover from a big effort. Above 10,000 feet, once your heart starts slamming, it doesn’t really stop. So, pretty much the whole time, my heart was pounding. Hard. You just never really “settle in” or get in a rhythm.

Physically, the hardest part was the climb at mile 50. Right in the middle of that hundred-mile effort, from miles 42-51, is where you climb from 9,200 to 12,300 feet. Climbing 3,100 feet in 8 miles hurts, no matter what elevation you start from. Above tree line, it hurts more. Mentally, the toughest part was constantly worrying about my pace, and doing the math to predict when I might finish. Not because I wanted it to be over, but because I needed to finish in under 12 hours. 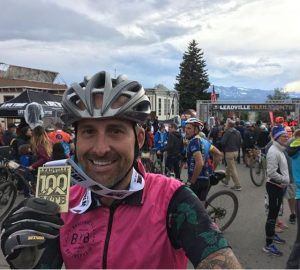 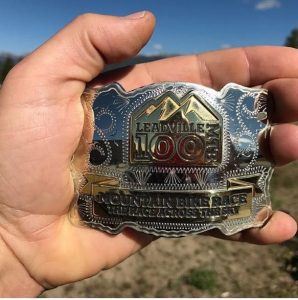 “All I knew was I needed to finish in under 12 hours to get that buckle. Not to mention, there are cut-off times at various mile markers. If you don’t make it to those markers before a certain time, the race officials yank you.”

Natalie: What did it mean to you to cross the finish line at the Leadville 100?

Andy: My Dad was there that day. I knew he’d be at various points throughout the course, with water and food and moral support. But, when I rolled across that finish line, dumped my bike and stood there in a daze, I took off my sunglasses, wiped the dirt out of my eyes, and there he was. He was standing right there. Right on the other side of the security gate. Until that moment, I was 100% game face. Eleven hours and 48 minutes of grit and determination was erased and overwhelmed by relief and accomplishment in an epic father-son moment. I wept. 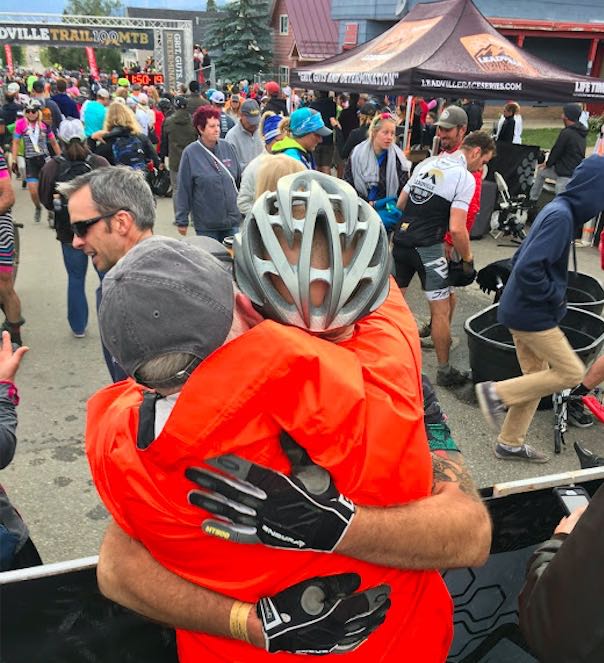 Natalie: And, how about that belt buckle? Do you plan to wear that at, say, your next family holiday gathering or work event?

Andy: It’s in my basement, in a box. I’m still not sure if I want to get it framed, wear it around, or hide it so, some day, my son can find it like buried treasure.

Natalie: Do you think you’ll tackle this race again? Or do you have bigger fish to fry?

Andy: If you asked me back in August, I would have said, “No. Absolutely not. I’ll never do this again.” Now, two months later, I’m thinking, “can’t wait for next year.” There are no bigger fish. 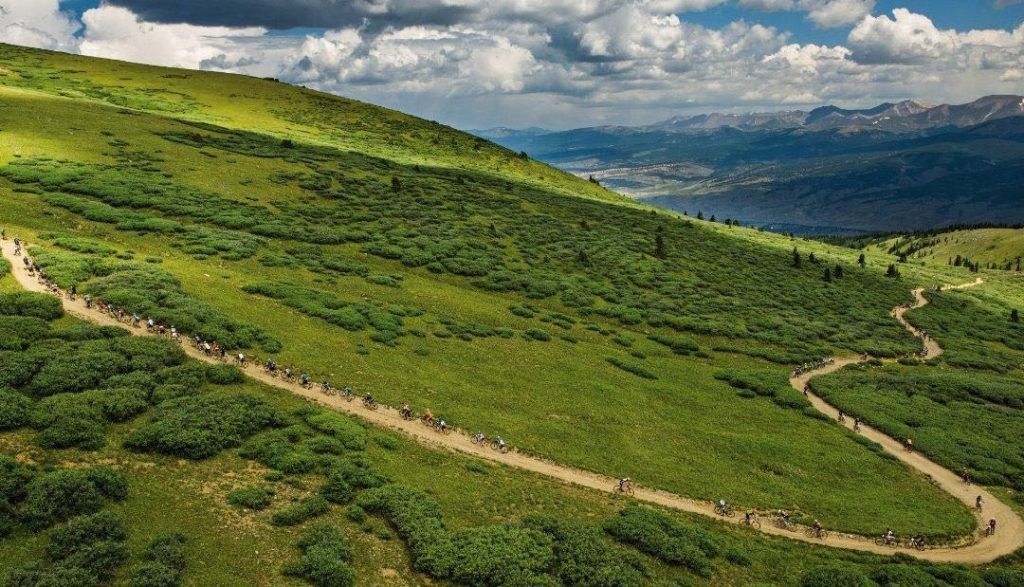 Rad Season is providing you with rentals and hotels at the lowest prices available online. Book your stay near Leadville using the map below!