Former pro Snowboarder Keir Dillon on life as an athlete, TV Host and building FRENDS and the lessons learnt along the way

Keir Dillon is considered to be one of the most stylish snowboarders of all time. He started riding for Burton Snowboards in the early 90’s and had a successful 16 year career, winning 3 World Snowboard Superpipe Championships and landing on the podium at numerous events such as X Games.

Dillion became entrenched in the scene as a television host and sideline reporter for ESPN, X Games, and Fuel TV. Training and competing as a snowboarder created Dillon’s entrepreneur mindset and in 2010 with a group of snowboarding friends they built the headphone company FRENDS which turned into a female fashion brand.

Tune in to find out more about the ups and downs of his snowboarding career and what he has learnt from his time at FRENDS and what future projects he is working on.

Oli Russell-Cowan: When did sponsorship and that side of things begin?

Keir Dillon: I was 15 and the Burton came to my local mountain, and we’re still friends to this day. He’s had a massive influence in my life, this guy Michael Hofer.

I was like, ‘you’re gonna sponsor me next year’, like this super cocky kid. He’s like ‘oh yeah’. He ended up giving me a board and that year, I met up with Jeff Curtis and did a photoshoot with Blair and Shane kind of the IT kids coming up from the east coast on Burton. I had a good session there and got a Burton Ad.

Looking back now. It’s like one of those things where you’re just so in it, right. Opportunities are coming and you’re kind of like manifesting it. Although manifesting wasn’t a term back then you just kind of believed. Now looking back and even today trying to do new things and just trying to anchor into that core passion and belief and that childlike curiosity to not have everything figured out and just kind of go. 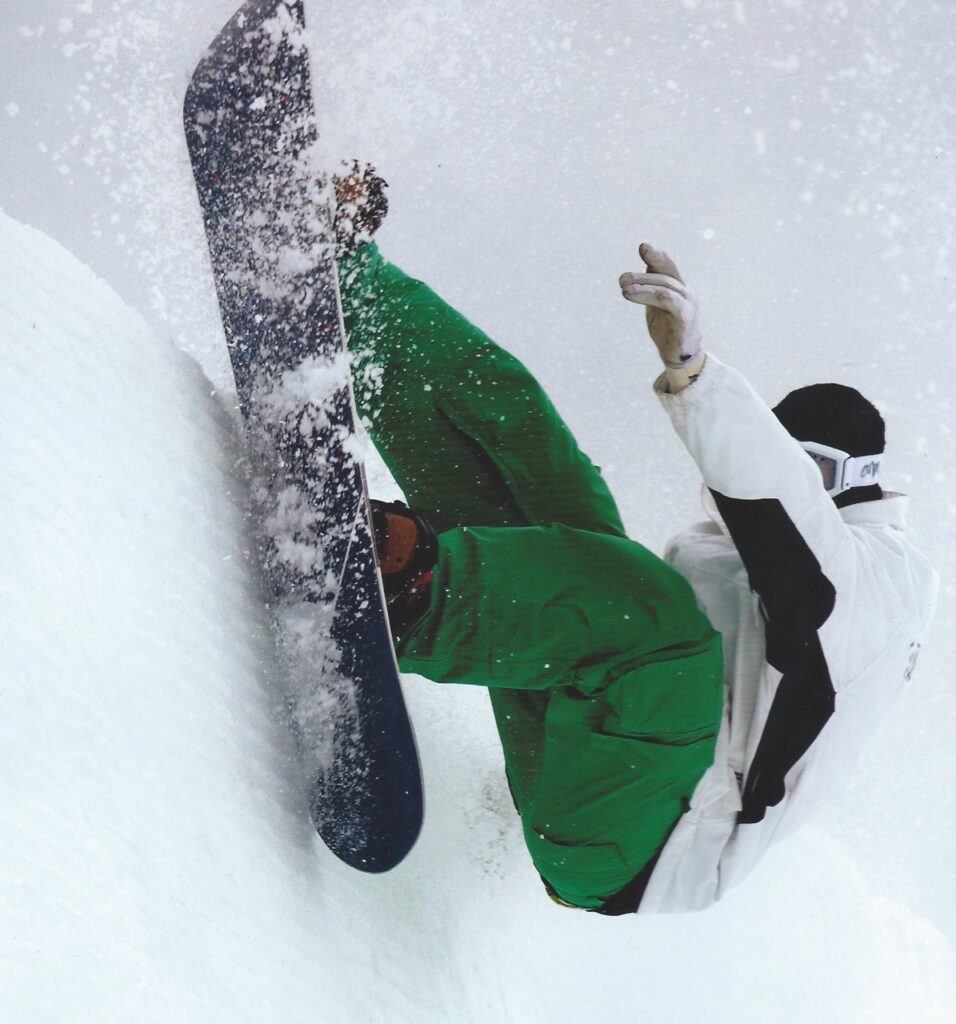 I think when I look back on that it’s It was so pure, like I just wanted to go snowboard. Sponsors started to come and yeah, they would maybe give you some money. After the first cheque, I thought I was pretty much ready to retire off a $1,000 cheque. ‘I’m rich, I could go buy some rims’.

‘I missed that in many aspects. That’s what I’m trying to figure out now is just being all in without an expectation.’

Russell-Cowan: When you’re a teenager looking back it’s properly living for the moment, isn’t it?

Dillon: At least for me, growing up I did one semester of college, and I remember it was right when the Olympics were coming. I kind of leveraged the Olympics. I was like Mum I really want to give this a full try. Those conversations remind me that you are thinking about the future and trying to figure things out. I guess, like anything, even today, like, who knows what the next 5 or 10 years will actually look like. With all the different technologies and things coming into the world? So it’s like, yes, anchoring into that core belief.

Russell-Cowan: How were your parents with it? Were they pretty supportive?

Dillon: 100%. Especially now being a parent. There’s so many aspects of that I appreciate. Especially in my Mum of just believing in me.  The time and energy and money and everything, you know, could actually turn into something, right. Even seeing that now through the lens of my kids, like, what weird things are they into that I don’t understand that I think is so lame. That could be really magical to them that just like snowboarding was for me.

I remember asking my Mum after snowboarding and FRENDS getting to an age where you can really appreciate it like, Mum, ‘what was your mindset raising me?’ She’s like, if

I know if I can get you to fall in love with something, you can figure it out from there.

And it’s like, such a very simple thing. There’s a lot of wisdom in that. If you can fall in love with it, you can usually then figure something out. But you can last long enough to actually navigate and get good at it. 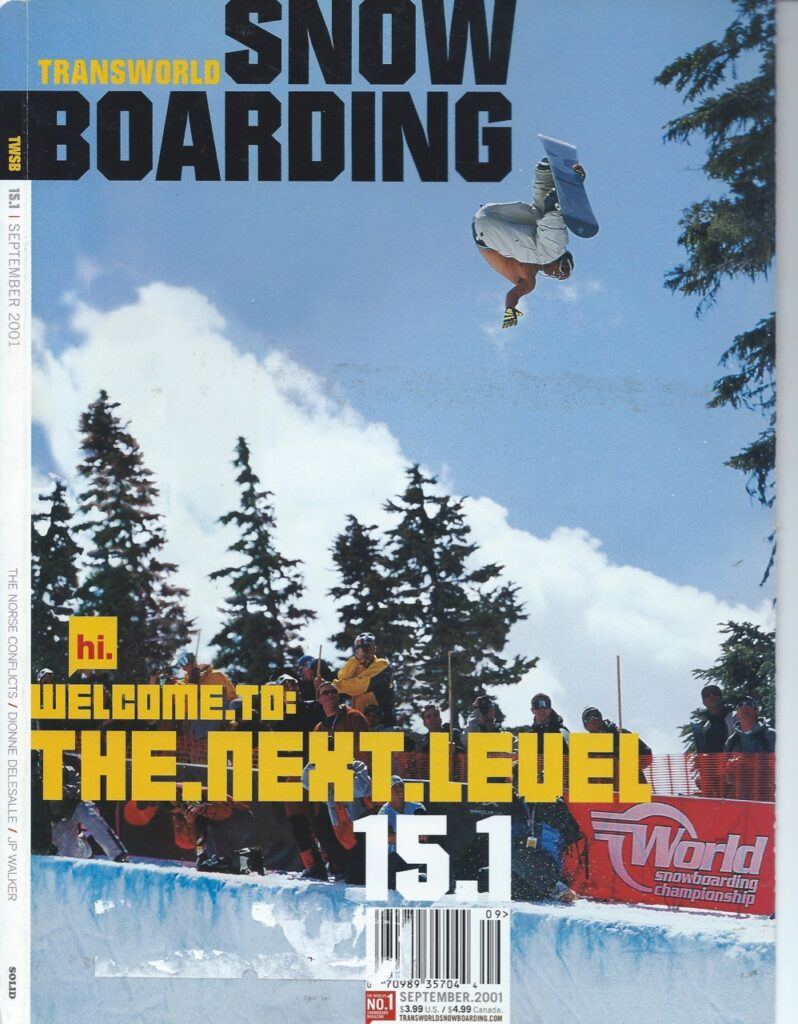 Russell-Cowan: You were a pretty straight edge kid. You weren’t like going out partying

Dillon: I was straight edge until I was 21. There were older snowboard kids that were straightedge so it was, hardcore shows and punk rock shows. That aspect of it, which I loved, it was cool. It turned a little to the right, but I see benefits on both sides. It’s all the,

How is life unfolding. What are we creating?

Russell-Cowan: You were 16 when you went to the first nationals just after you got sponsored right?

Dillon: Yeah, I guess I had been sponsored for almost a year. It was in Minnesota, It was like on one of those quintessential 80’s ski films where the landfill was converted into a snowboard Hill. For me it was the first time where internationally everyone’s coming together. It was the first pipe dragon that they had ever had. I don’t know if it’s 8 foot or 10 foot pipe dragon or something. Some farmer came up with the machine actually cut the half pipe. Before then it was always shovels or like a backhoe that was cutting it. So all of our minds were just like,

We could not believe what we just seen is was like a perfect skate ramp, but on snow. 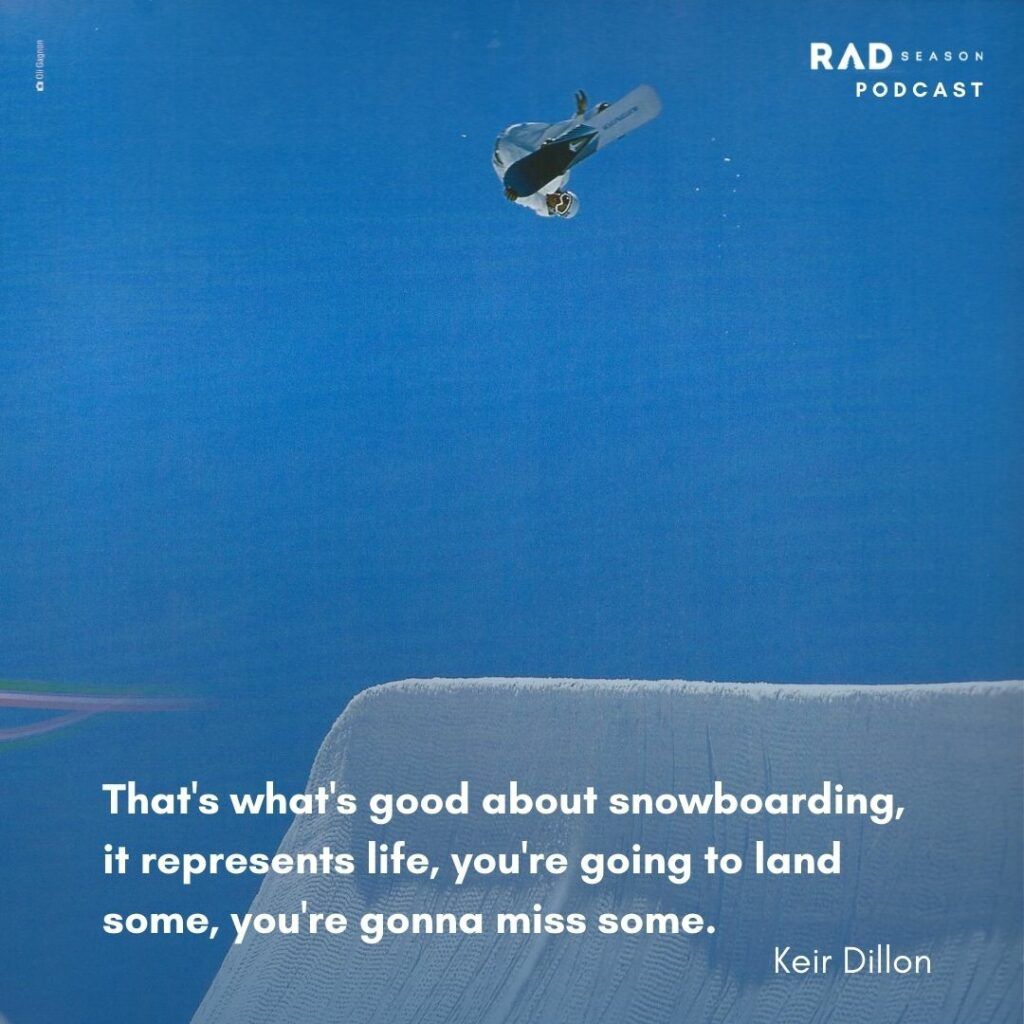 Russell-Cowan: How was that experience riding the new pipe?

Dillon: It was life changing in a way of just opening our minds when I look back. Especially for snowboarding, it’s like the greatest gift that Sport teaches, in my opinion or action sports is the ability to almost not think something’s possible and then to achieve it in a really short period of time.

Rad Season is providing you with rentals and hotels at the lowest prices available online. Book your stay near San Diego, California using the map below!