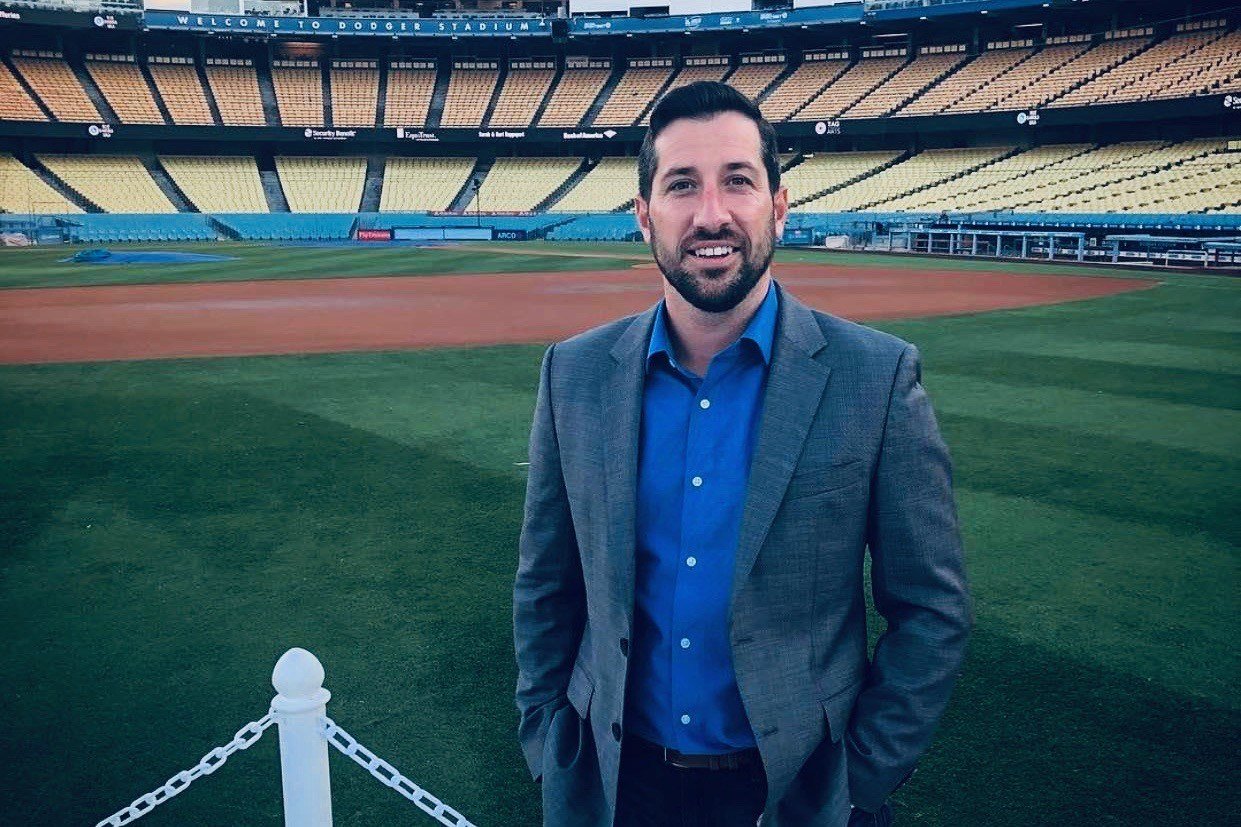 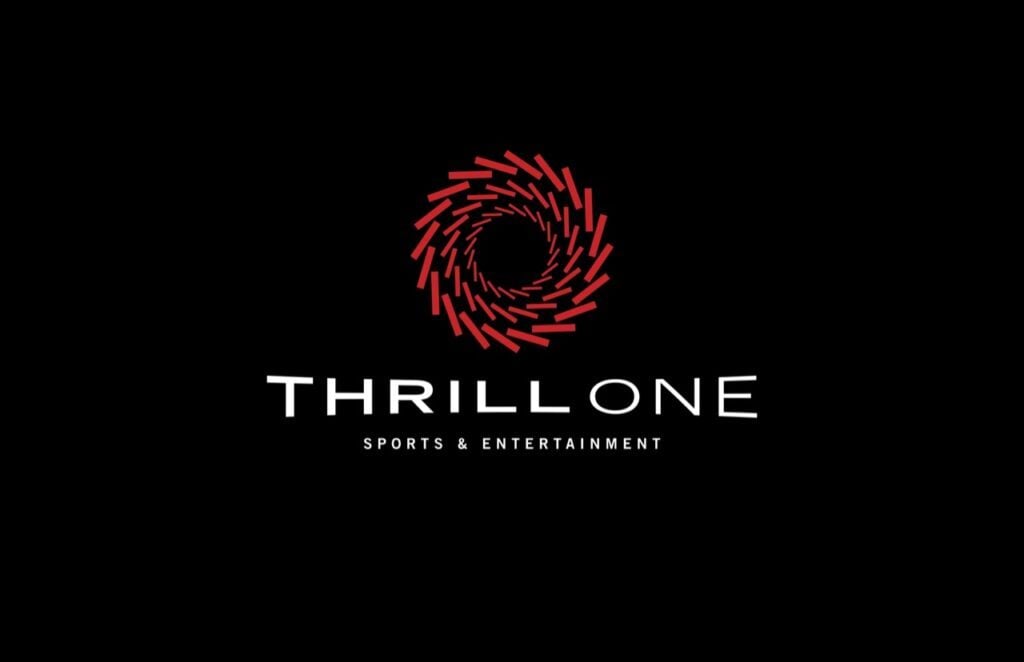 The formation of Thrill One

Oli Russell-Cowan: After WSL you got approached by Raine Group. The idea being to bring action sports, media and independent action sports companies together. Could you give us a bit more of an insight into what happened?

Joe Carr: I got approached by Raine who were our bankers and our advisors while I was at UFC. I worked with them for six years the entire time I was there through the sale to Endeavor. So build a pretty good relationship with everyone over at Raine.

They approached me with this idea in this thesis in the action sports space. They owned Nitro Circus for a pretty long time and invested in it. Their view was the challenge with action sports, which I kind of lived to an extent at World Surf League is that you have multiple disciplines. All these independent properties, event promoters, leagues, and it’s all very fractured and fragmented. There’s no one singular destination for fans of that sport.

For the audience, fans, sponsors, media partners, it’s like, everyone’s out there fighting over scraps. There’s no one operating at enough scale, where you can actually get in front of a brand or media partner and say, Hey, here you go, here’s 200 hours of content, here’s 50 to 100 events over the course of the year and come in in a big way. It was like everything operated very much as a series of independent events that were unconnected and not joined together. So that fragmentation, I think always made it difficult to actually monetize and commercialize in a big way.

I think the other challenge, which I lived through is that it takes talent and resources, and manpower to execute. Whether you’re the UFC, WSL, SLS, any of these properties, you still need people across all these functions to go out and run your business.

Our thesis is instead of having all these independent teams and companies running these different brands and properties. What if you actually had one centralized team.

Like one head of sales, one Chief Marketing Officer, one CFO, one General Counsel, and that centralized team was supporting all those brands across those different business lines.

It’s just a lot more cost effective and efficient, Instead of having 5 teams of 20 people, you actually have one 50 person team supporting the four brands, the four sports, the four properties, whatever it is.

That was the rationale and the thesis of how you get to scale immediately, not only on the revenue side and now actually put together a pretty professional package of multiple events, multiple touchpoints, for brands and media partners, and one centralized place for fans. Then on the cost side, just operating more efficiently than you would otherwise.

‘Hey, what do you think? Do you believe in it and if we can get a couple of these acquisitions tied up do you want to potentially come on and run it for us?’

That was the conversation. They went out and they got deals done to acquire Street League Skateboarding (SLS) and then Rob Dyrdek’s production company Superjacket productions that does Ridiculousness and a number of other unscripted shows in Hollywood. So that was the initial two acquisitions in addition to Nitro.

Fall of 19 I left WSL joined Raine and went through the capital raise process to close those acquisitions. We got it done December of 19 and announced the new holding company and integrated property Thrill One & Sports Entertainment.

Oli Russell-Cowan: Nitro Circus back in the day was predominantly an events touring company.  Were you guys are looking at different companies, you could bring on, like Superjacket, for example, which would just focus on content to have different revenue streams so it’s not just reliant on events?

Joe Carr:  That’s exactly how we were thinking about it. Two things that we thought were very important for us:

Multiple Revenue Streams – You have kind of multiple diverse revenue streams and business lines.  So you’re just not 100% attached to live events and a ticketing business, which clearly paid dividends when COVID hit two months after the company was formed.

Cashflow Positive – I think the second piece of it too, is being cashflow positive. I think having the financial resources to reinvest in different areas of business, particularly our growth areas in sports. I think that was the challenge for Nitro and even SLS to a bigger extent. They didn’t really have the financial resources to invest in growth and invest in talent to get to where you needed to get to.

I think with the Superjacket, acquisition we’ve now rebranded to Thrill One Media which provided that ample cash flow to invest in our sports properties. Now we’re actually out shopping shows  in programming attached to our IP, so like Nitro related shows, like Unscripted skate programming.

We’re putting that through the development process on the production side. And now we’re out in market actually trying to sell those shows, which I think will pay dividends. You think about growing the brand, and the athletes on the other side, I mean, it’s not too dissimilar to what any sport is doing. 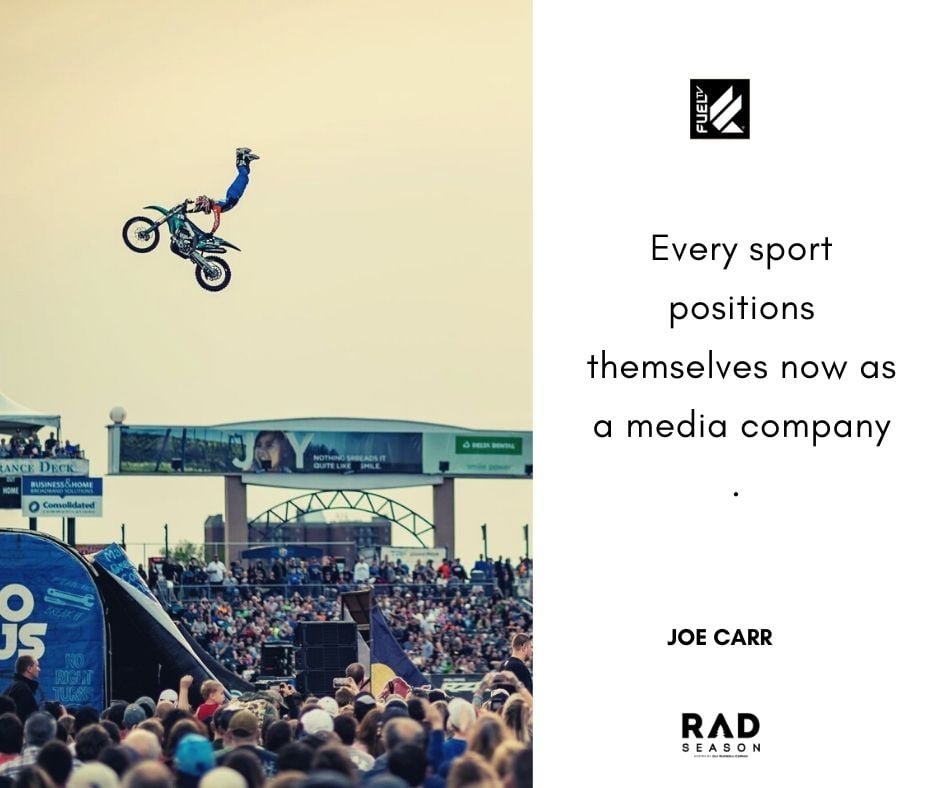 The Formula Ones they went out and did Drive to Survive and you see what that did for their business here in the US. UFC did Ultimate Fighter for a number of years. And I think it just came back on ESPN as well. That was huge and instrumental to its growth.  NFL has Hard Knocks, WWE has a bunch of shows. It’s pretty native to sports but it’s even more native to action sports.

When you think about Travis, and Rob and even Ryan Sheckler, how they grew their profiles, it was all through original unscripted programming on MTV and these other platforms. That’s very natural and native to us. So now we actually have a full scale production company in house that can go and produce and shop all that potential content across our portfolio of brands and IP.  We thought it was massively synergistic and strategic for us. I think that proved itself out over the last 12 to 18 months.

Watch RAD SEASON Episode Seven with Joe Carr on FUEL TV Plus. You can also follow what Thrill One are up to on their website thrillone.com

Rad Season is providing you with rentals and hotels at the lowest prices available online. Book your stay near Costa Mesa, California using the map below!