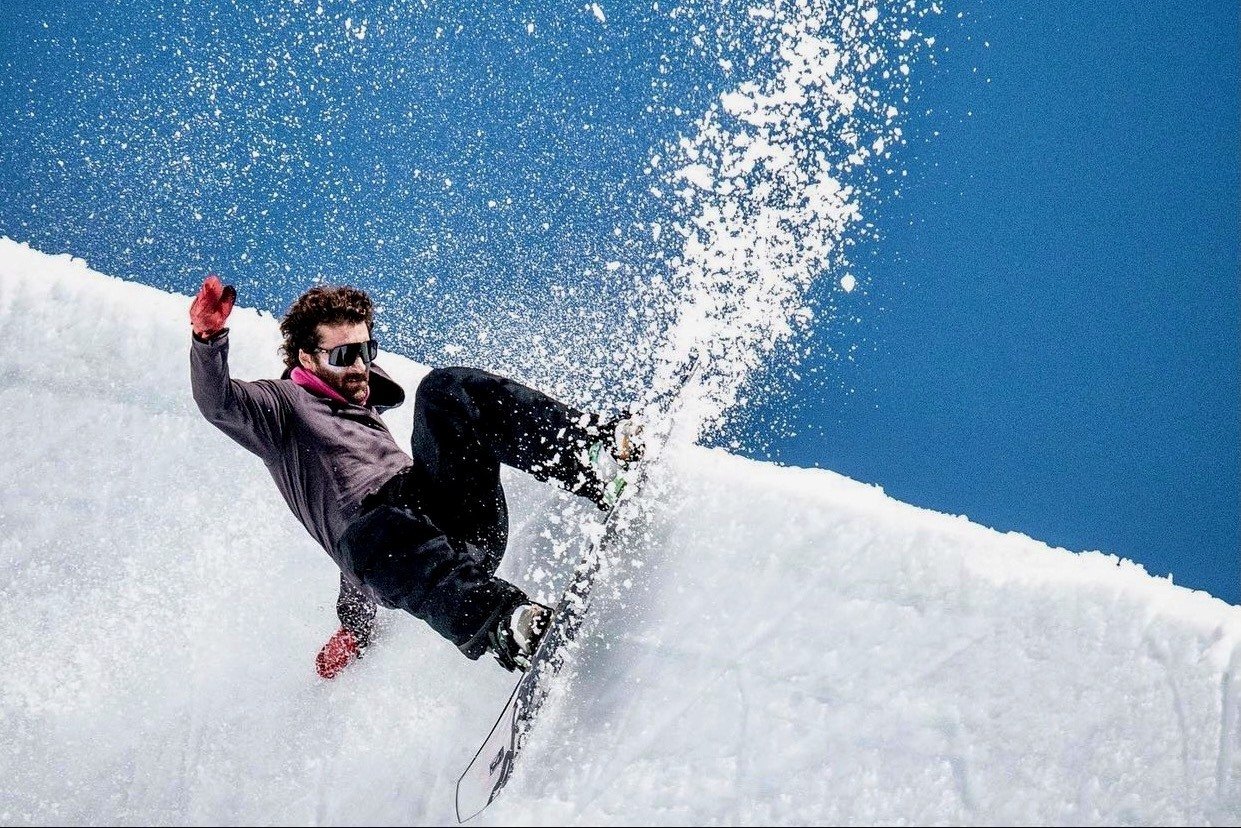 JJ started his career in action sports as a professional snowboarder and at 15 was the youngest ever sponsored pro rider. Competing at the highest level he went on to represent the US in snowboarding taking a bronze medal at the 2002 Salt Lake City Winter Olympics. After the Games he focused on freeriding and film parts to then return to competition a few years later.

An accident lead him to think about his next career move. Pro rider Louie Vito asked JJ to coach him and the rest is history. He went on to be the private coach for Shaun White helping him win his 3rd Olympic Gold Medal in Halfpipe. After 10 years in coaching JJ is preparing the US snowboarding team for Winter Games Beijing 2022.

JJ Thomas: I’m home right now in San Diego, California recharging the batteries after a big month we just did in Switzerland. We had a huge camp over there. The whole industry goes and it’s pretty much the Olympics before the Olympics. Every Olympic hopeful for Big Air, Slopestyle and Halfpipe is in Saas Fee, Switzerland training for the month. So we were over there and just had a huge camp and just got home.

Oli Russell-Cowan: How were the conditions in Switzerland?

JJ Thomas It was incredible. Typically, when we go there you’ll ride two or three days a week if you’re lucky, and you’ll get big snowstorms. This year was magic. When we landed a big storm hit. So they closed the resort for two or three days, but they needed the snow. Then the park builders got in there and they made everything perfect. Then it was blue all month. I’ve never seen that there.

We were all exhausted! The coaches the athletes but it really elevated the sport. The sport changed in the month we were there. It did a quantum leap in progression. I think it was because of the weather, the facility and just everyone knowing the Olympics is coming, ups the anti.

It was crazy watching freestyle snowboarding change again, it hasn’t really done a leap like that it about 10 years to be honest. 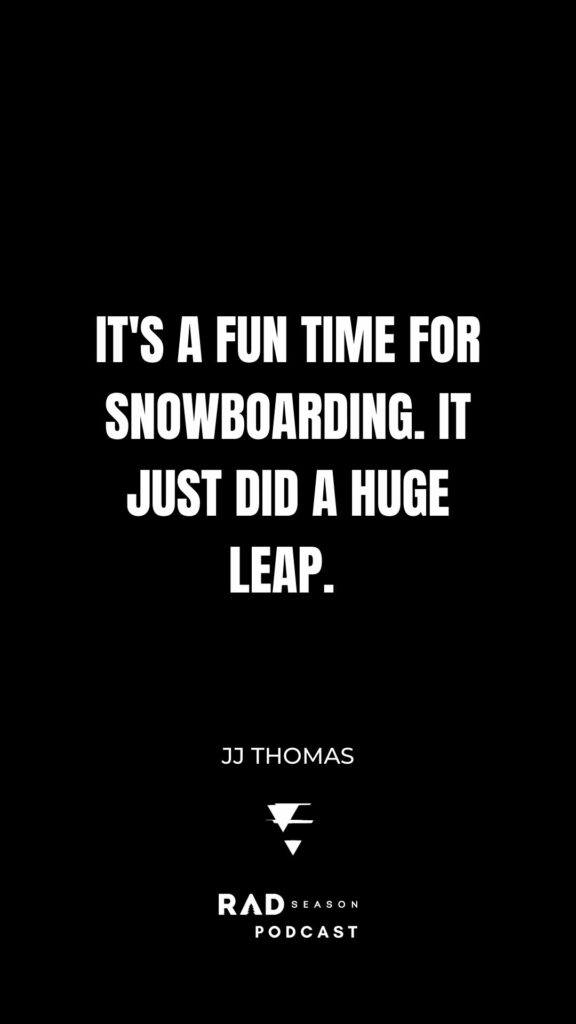 Oli Russell-Cowan: Do you think that was because everyone there, pushing themselves and feeding off that vibe.

JJ Thomas: Yeah, it’s just part of the Olympic cycle. You see the sport every four years right before does these big jumps. The level goes from here to boom, right here.

We haven’t really seen it like this, I’d say in 10 years. In 09 10 season the sport made a quantum leap that went from single corks and 1080s to double corks. This last trip to Switzerland, halfpipe specifically went from double corks to triple courts. It was nuts!

Literally, one guy did one one day, and it was the first one anyone’s ever seen live. Then after that, people were like, oh, it’s doable and it looks really cool. I better learn it. Then by the end of camp, I think four or five people tried triples, four landed them. It was a big change! 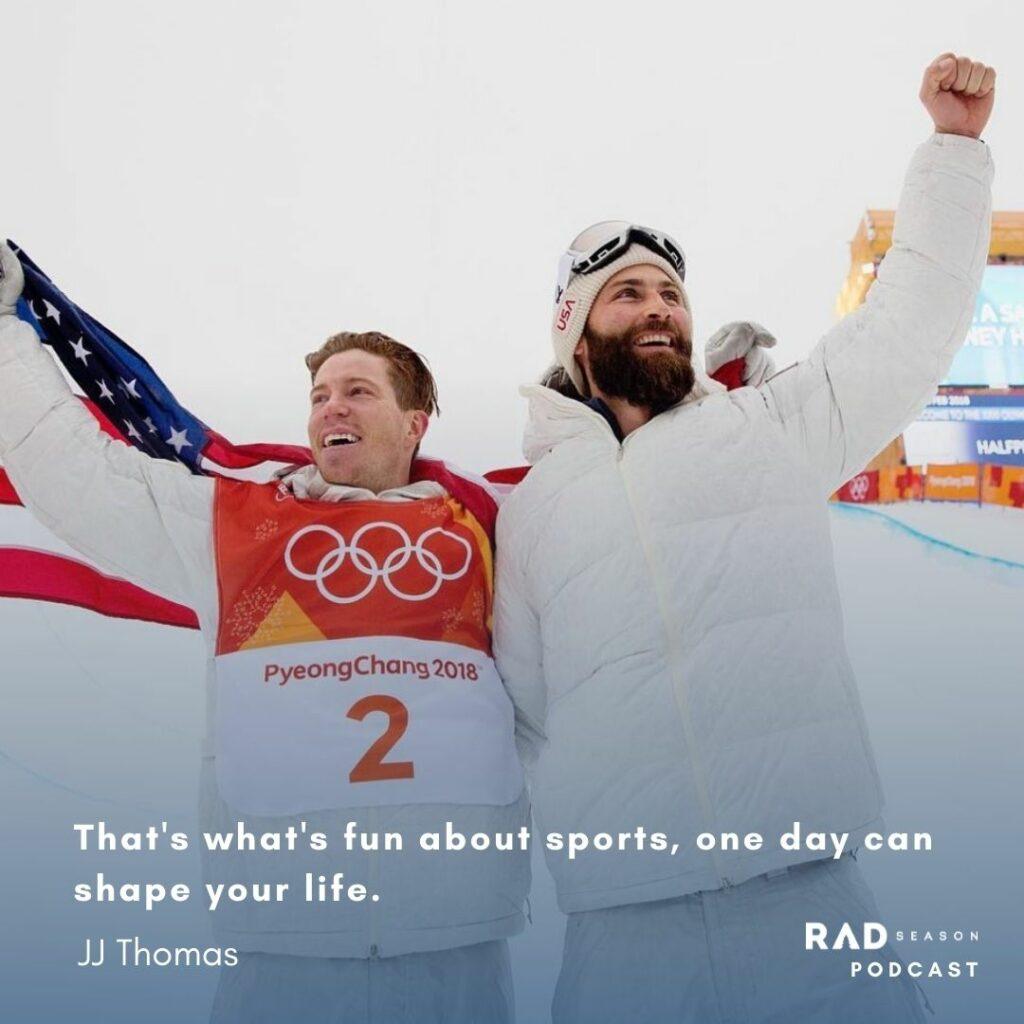 Oli Russell-Cowan: Is that all going to then be expected for the Olympics?

JJ Thomas: Oh, yeah. It’s so fun because it’s speculation right now. No one’s ever done one in competition. So now the question people are asking is okay, you can do in a practice but where in the run are they going to do it? You need so much speed and amplitude.

Number two people are saying how is it going to get judged, compared to other tricks? So it’s speculative right now, but it’s fun. That’s what makes it so cool.

In slopestyle it was the same thing. Guys were doing quad corks and 1800s and 1980. Spinning and flipping more than ever. It was crazy. It’s a fun time for the sport. It just did a huge leap.