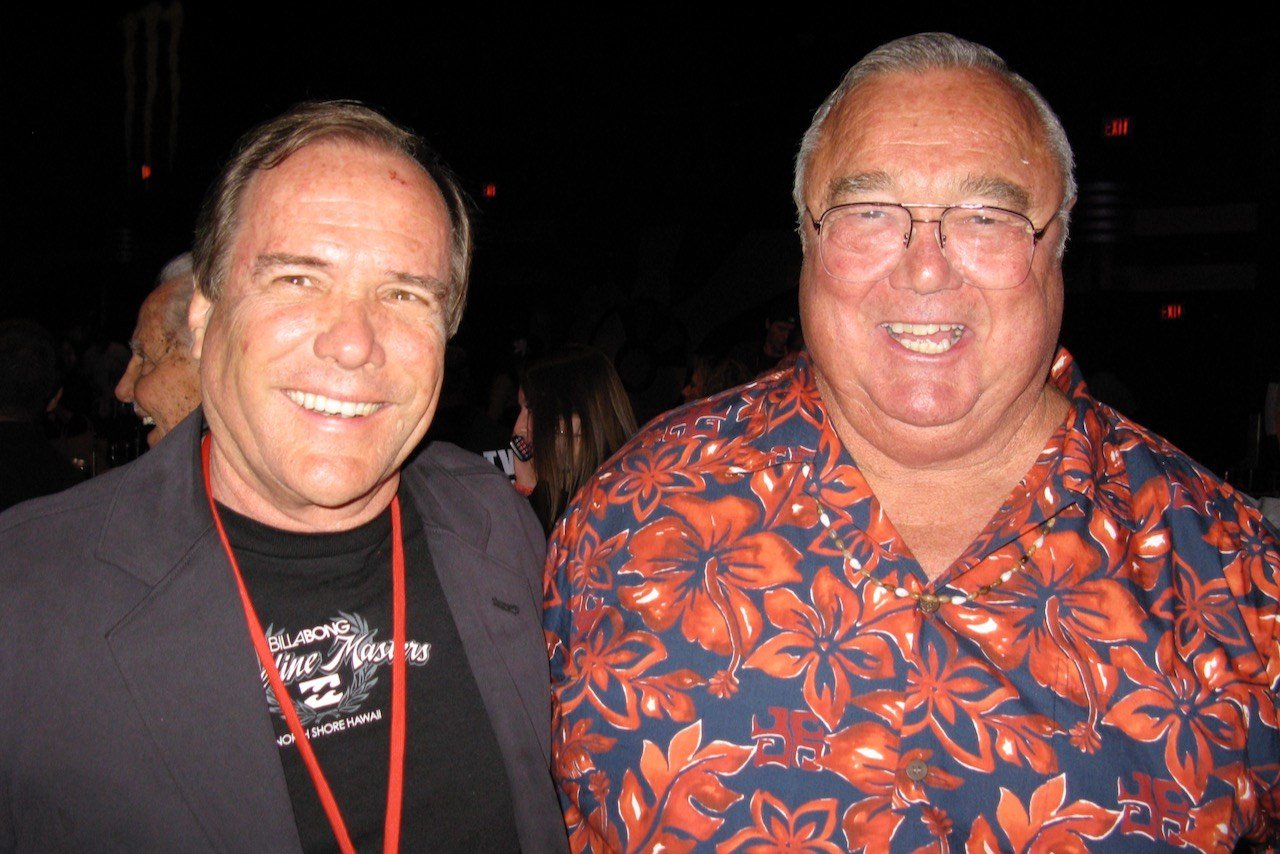 Jim Kempton started surfing when he was a kid in Guam where his parents were working as civil servants. He moved to California for high school and then majored in journalism at University surfing everyday at Sunset Cliffs, Point Loma in San Diego.

After college he got a job writing for Surfing Magazine as he was travelling a lot to Europe and Morocco on surf adventures. Jim was writing articles for SURFER Magazine which lead to him becoming Associate Editor, then Editor and Publisher within 3 years. He ran the magazine for a decade before moving to Transworld to become the publisher for TWS Business magazine and Transworld Snowboarding.

In the early 2000’s Jim moved to Quiksilver and oversaw the Quiksilver Global Crossing boat searching for waves all over the world. Afterwards he became the Media Marketing Director at Billabong managing their media across all platforms for 7 years. Jim then took on the position as director of the California Surf Museum. He has written a number of books including Surfing The Manual; Advanced, First We Surf Then we Eat and his most recent book Women on Waves.

Oli Russell-Cowan: Were the articles mainly focused on surf travel and your experiences?

Jim Kempton: Mostly it was travel, because in those days that was a little more rare. People couldn’t get to places easily. It was pretty adventurous just going to France, Spain and Morocco. Especially Morocco was a super adventure in those days.

That turned into a writing assignment. I began writing for Surfing Magazine, and then SURFER offered me a job as an associate editor. Then things just went really fast.

I went from being an associated editor to editor and ended up being the publisher in about three years.

I ran the magazine for a decade or so. It was the most fun time. You get to meet everybody and you’re neutral. You’re Switzerland. You’re not working for a brand so everybody lets you into their house. The Volcom house, the Quik house, the Billabong house, they’re all happy to see you. It was a total shock to me when I started working for a brand. I had all these friends all over the world, and all these other brands, and all of a sudden it was like, no, you can’t come in anymore.

Russell-Cowan: This was the late 70s, start of pro surfing, the whole evolution of board design, which changed everything. How was that?

Kempton: I’m really glad I had that experience. It was an exciting time because I learned to surf on a longboard like everybody did before the shortboard revolution. One of the things that I think is funny that people don’t really know is if they weren’t in that time is how little anyone knew about shortboard shapes. No one really knew anything about what worked.

They had honed the longboarding to an art and everyone knew the kind of rails you needed the kind of tail you needed. Once they cut the board down two or three feet they started out with giant V bottoms, which were an absolute disaster.

Russell-Cowan: They went really short from 10 to 5 and all these crazy shapes.

Kempton: Exactly. Of course the thing was if you were Nat Young, Wayne Lynch or Billy Hamilton, you’d make those boards look fabulous. They look like they were magic.

I was working at Surfboards Hawaii at the time. I got a job running rails there. Billy Hamilton was shaping there at the time. At lunch break, we’d all go run down to Moonlight beach and and go surf and of course, most of that was sitting watching Billy surf.

He was riding these horrible V bottoms and looking so unbelievable. We just all had to have them, right, not really realising that Billy Hamilton could be riding a telephone pole and look elegant.

Then everybody figured out what started to work. Then shortboards became a whole new way of riding waves. The the entire trajectory of someone’s track was completely different from longboarding.

Russell-Cowan: Was it still predominantly focused on the Hawaiian scene and California?

Kempton: Something that I was really adamant about was covering the professional circuit, which had just started, literally, the year I started. At the same time, nobody knew who Michael Peterson was. They knew Wayne Lynch and Nat Young  because Nat won the 1966 World contest and ‘Evolution’ made both of them stars because it was such a popular surf movie. But no one knew Michael Peterson. 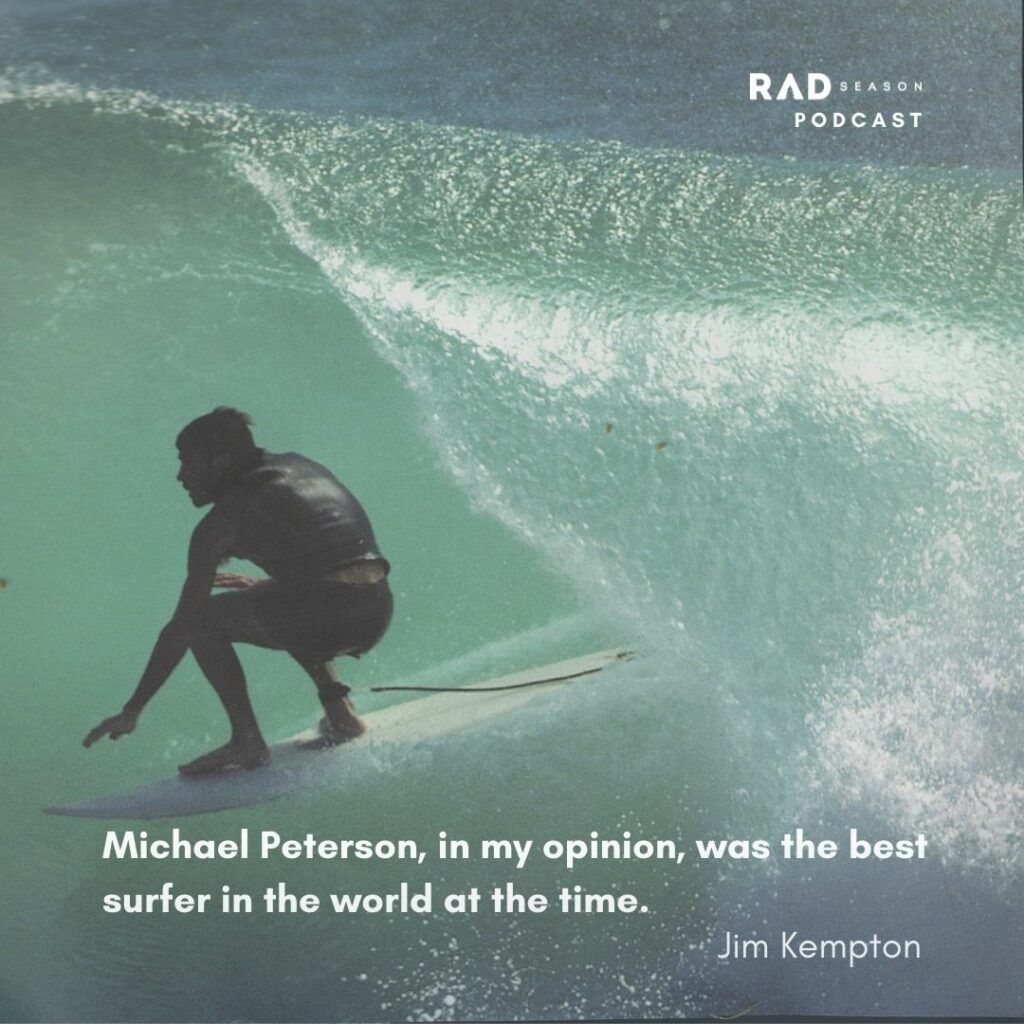 Oli Russell-Cowan: Was there any focus on Kirra or the other Australian point-breaks?

Kempton: Slowly, that’s when it really started. That’s when we really started covering Australia ,covering Europe, covering Indonesia. I published the first article on Nias. When it was the first time it was photographed by Eric Aeder back in the day.

I love travelling, so a lot of the magazine turned it’s focus to travel as well. Before the professional circuit took ahold that way the only way a good surf could prove themselves so to speak. I’d call it merit badges, you got a merit badge for surfing Ulu’s and Jeffries and Killers because there wasn’t anything else.

Once the circuit started the guys that were really good started to filter to the top. By and large, I think that the professional circuit is a positive thing, but I think the emphasis of it being the only thing about surfing is not only not really that accurate, but also not really that good for the business of surfing. I think if they wanted to sell more more clothes, they wouldn’t just do the circuit as if the only thing about it was the National Football League.

Jim Kempton: Absolutely. What’s beautiful about surfing is surfing is a participatory sport. It’s not a spectator sport.

If you paddle out at Pipeline or even at Lower Trestles you’re going to be surfing with Kelly Slater. You’re gonna be surfing with the best guys and women in the world. When does anybody ever get to throw a pass with Tom Brady? When did anyone ever get a pass from Messi, that doesn’t happen. They’re completely separate from the spectators that are there. Whereas with surfing, everybody surfs and everybody gets to enjoy being with the best people.

There’s just something about surfing, that’s so participatory. You’re so immersed in the culture of it, that I think it makes it a way more compelling experience as a sport. 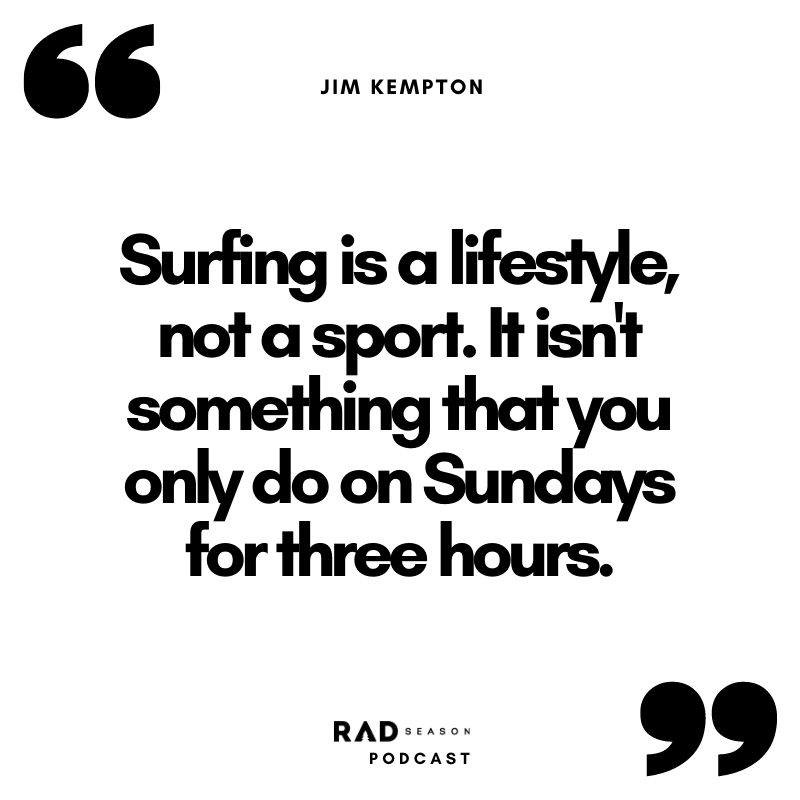 It was a fun thing to watch and an interesting time to be in the media. At that time it was such a powerful position. Who you put on the cover, who you interviewed. If you were on the cover of SURFER it made your career.

Rad Season is providing you with rentals and hotels at the lowest prices available online. Book your stay near San Clemente, California using the map below!