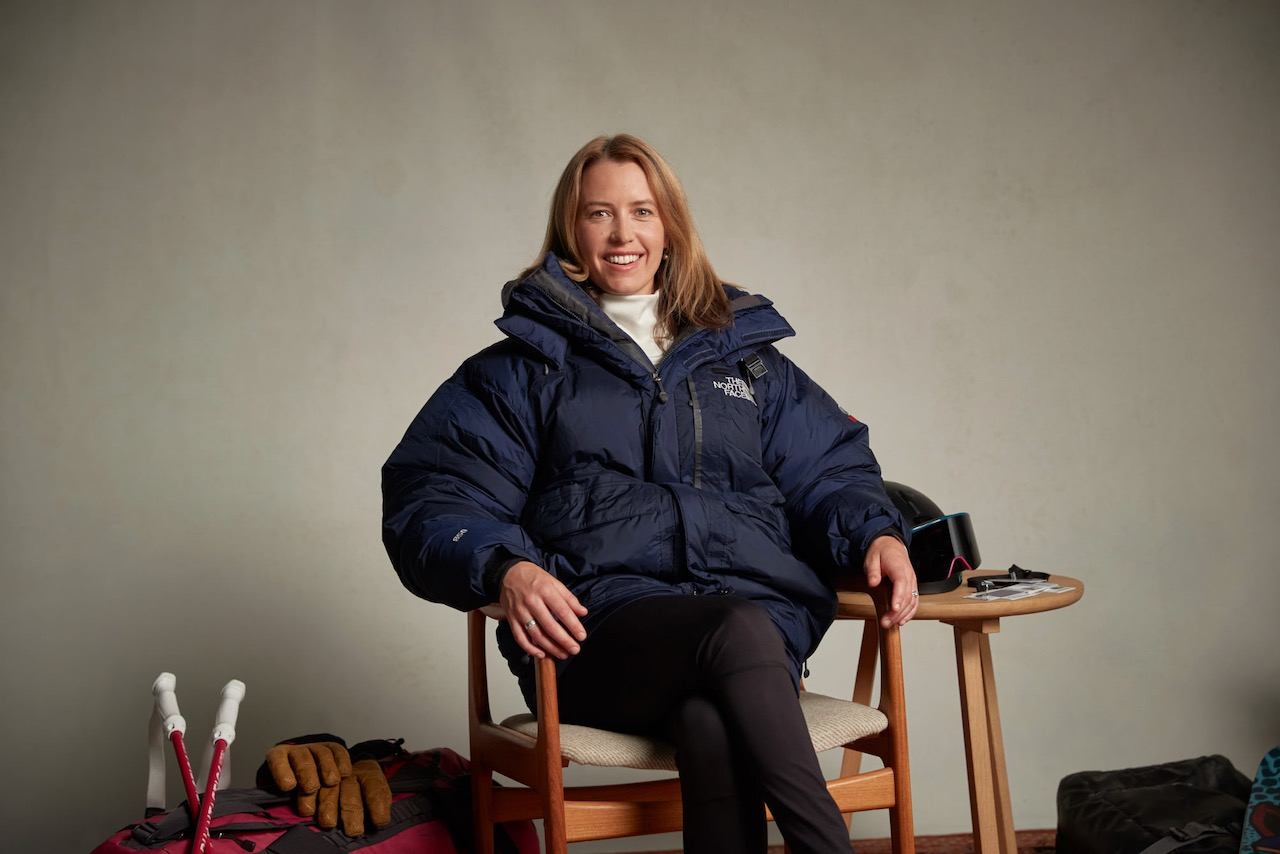 Ingrid Backstrom started skiing at 4. Her parents were on the volunteer ski patrol at Crystal Mountain outside Seattle. They would camp every weekend in the parking lot in their 1954 bookmobile turned RV. Ingrid went on to ski racing when she was 12. After high school she studied at Whitman College in Washington and was on the ski team.

After graduating and with the goal of becoming a ski bum she moved to Squaw Valley, Tahoe and started competing in Freeskiing competitions. She won a freeskiing contest at Crested Butte and Matchstick productions crew were in the audience watching. They asked Ingrid to film with them and the rest is history.

Ingrid has won the ‘best female performance’ at the Powder Awards 5 times. She has featured in more than 20 ski movies during her career and skied some of the highest mountains on earth in the Himalayas as well as skiing remote first descents in places like China and Greenland.

Oli Russell-Cowan: How did you got into skiing?

Ingrid Backstrom: I was lucky enough to have parents that loved skiing. They took me from a pretty young age. I started when I was four. They were on the volunteer ski patrol at Crystal Mountain, which is about an hour and 45 minutes away from Seattle.

We went there every weekend. We drove up Friday night. We had a an old converted 1954 bookmobile. So we stayed in the parking lot in that and slept there every weekend. It was just an awesome way to be able to be on the mountain for really cheaply back then. We’d ski all day, and then come home and play in the snow behind the camper. It was pretty great as a kid.

Backstrom: There’s a whole scene and it’s still going on in Washington, you can still do it at most resorts in Washington. Now you kind of have to pay. It’s a pretty cool thing here. It’s a unique thing to Washington.

Russell-Cowan: When did you start racing?

Backstrom: I didn’t start racing until I was 12, which is pretty late. Most kids start when they’re five or six. I was not a particularly good racer at all. I’d be one of the last people finishing at a race. But I liked it because of the friends that I met. 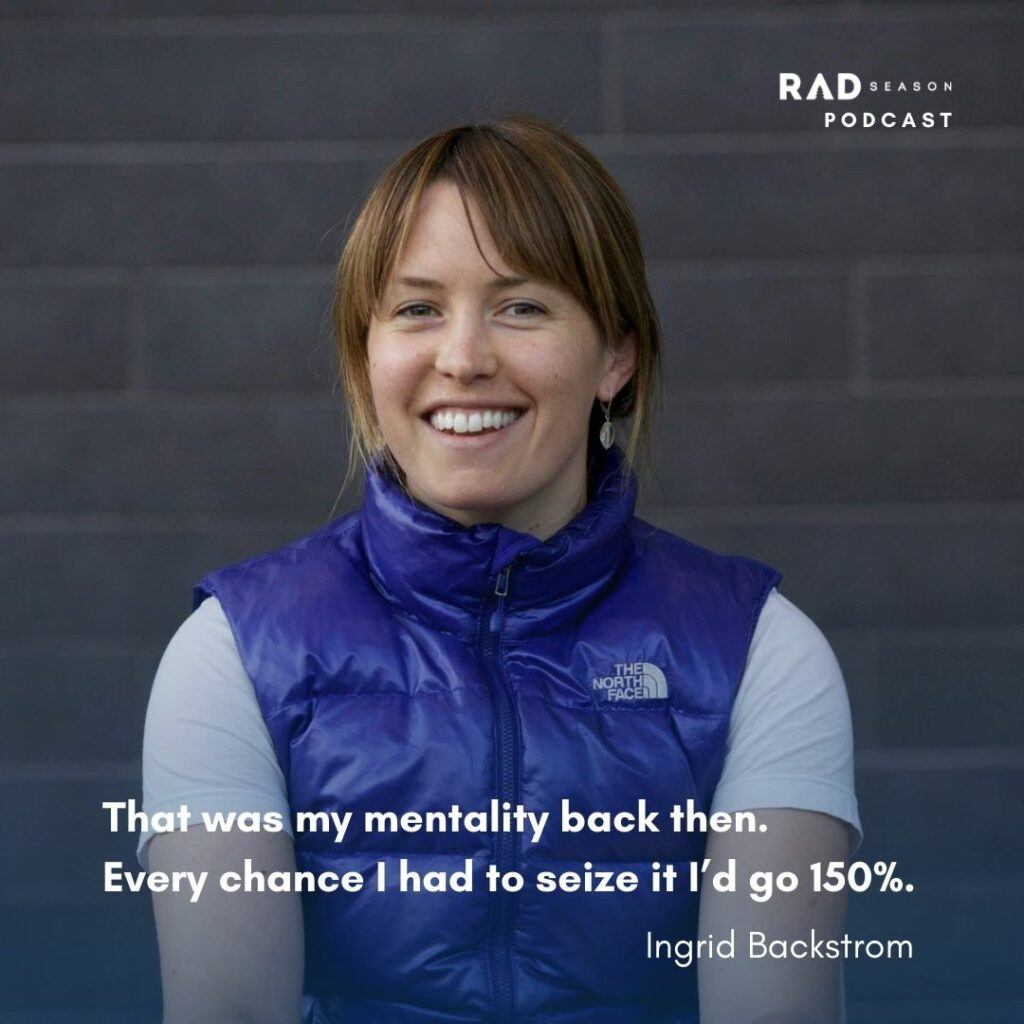 Oli Russell-Cowan: You went to Whitman and got on the ski team which would go out the whole time, right?

Backstrom: Yeah, it was awesome. We skied five days a week. We’d leave class at noon and go ski all afternoon. Then every weekend, we were travelling to different places in a big bus with the whole team. It was just super fun. It kept me in college, I’m pretty sure.

Russell-Cowan: Were you bunking off class to go skiing?

Backstrom: No, it was totally sanctioned. We were going to class and then we’d have to arrange our schedule around training and stuff but no, It was part of the deal.

Oli Russell-Cowan: What did you do after you graduated?

I moved to Tahoe and got a job at a little cafe there. I got a free ski pass for that job. I was skiing every single day.

Oli Russell-Cowan: With the people that you were surrounded by did you think that you could extend your stay?

I was like, oh yeah, these are my people kind of thing. Everyone was so awesome. At that point, it didn’t feel like ski bumming so much because I had something I was training for and working towards, because there’s a contest. I was like, I’ll just do it for one more year. Then that turned into I don’t know how many. 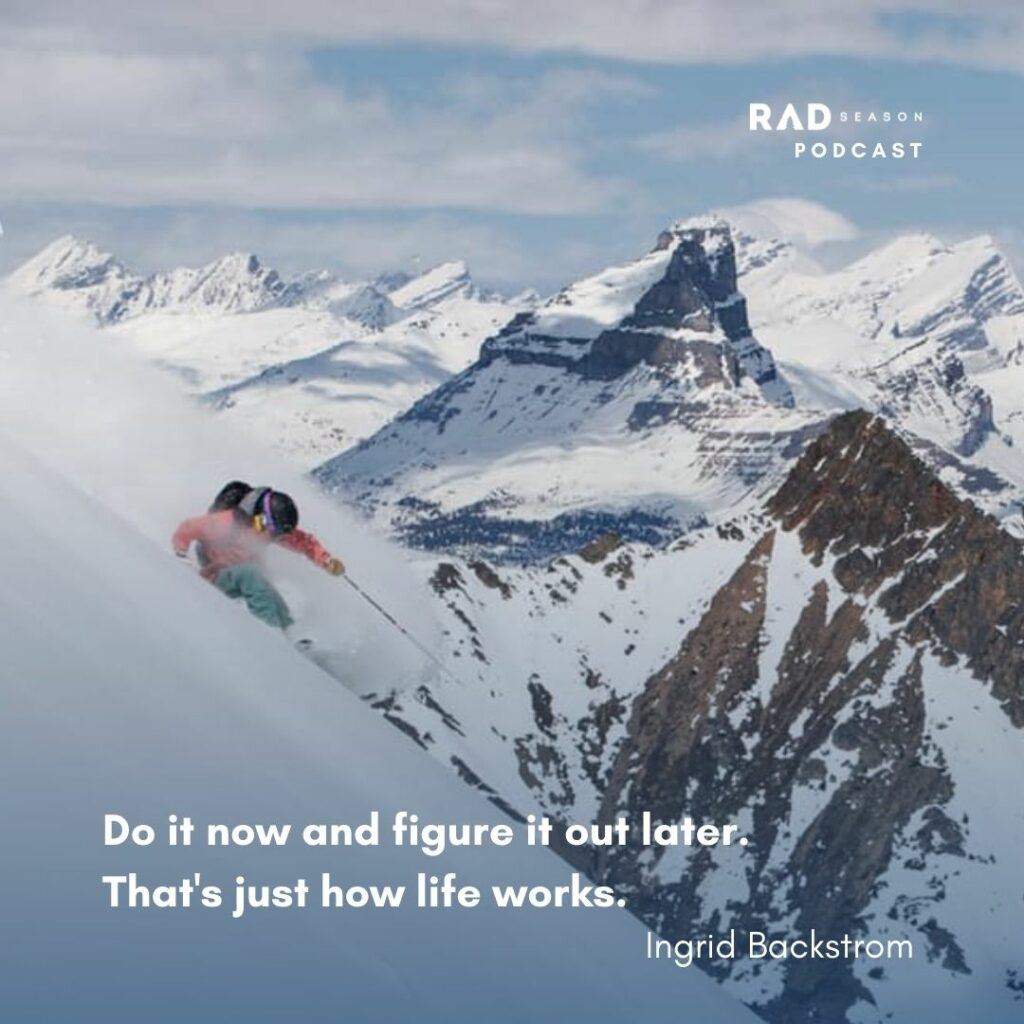 Oli Russell-Cowan: Did you have any mentors when you started freeskiing contests?

Backstrom: I had a really good group of friends who all had been there for a couple years. They were into backcountry skiing. They took me to do that and showed me the ropes there.

Once I started doing the contests I met some really awesome people. They took me under their wing, and were willing to share information. A lot of people could be really competitive, and they didn’t want to tell you their lines.

I found a couple of women and some guys who were just like, oh, we’ll tell you everything. They understood that the more you work together and talk abut it the more fun it is for everyone. That was really great environment to be a part of.

Rad Season is providing you with rentals and hotels at the lowest prices available online. Book your stay near Leavenworth, Washington using the map below!