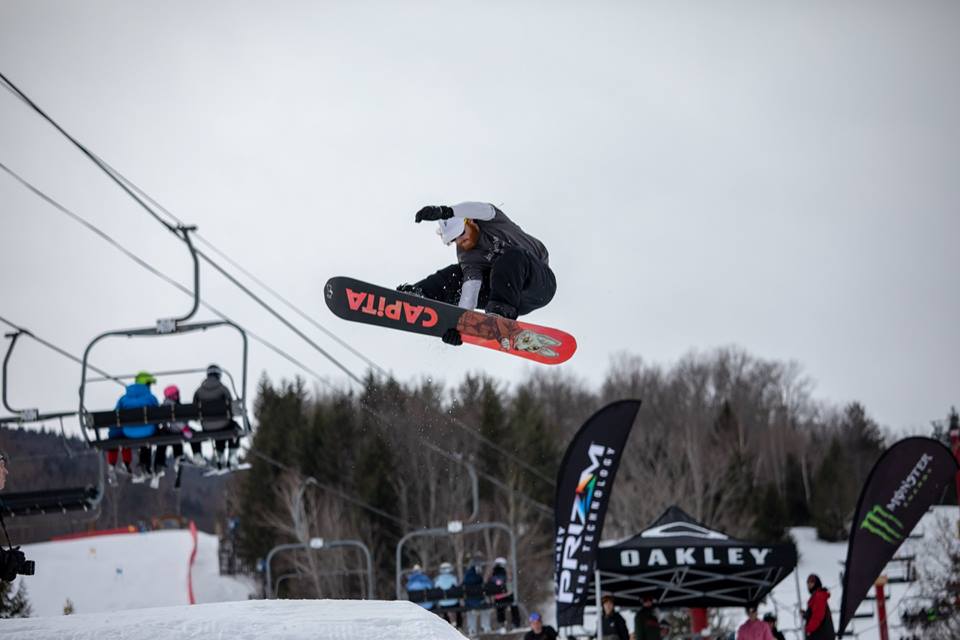 When it comes to any ski trip, one can only hope for the freshest of powder and the quietest of slopes. World class venues in the French and Swiss Alps can’t be matched, however sometimes a group of friends just need a quick getaway trip to the mountain. It’s a time to get away from the 9-to-5, unplug from your phone and enjoy nature in its purest form. Luckily the east coast of the United States is filled with such, making a spontaneous snowboarding trip as easy as riding a bunny hill.

Enter, the Catskill Mountains: A beautiful range of nature that contains some of the richest wildlife and hiking trails in the country and tantalizing scenic sites such as Sunset Rock and Kaaterskill Falls. For slope-heads, Belleayre Mountain and Hunter Mountain provide a solid option for getting in your ski or snowboard fix.

As glorious as it is living in New York City, it’s safe to say that there are times where you need to get the hell away from all the hustle and bustle. The whole crew has the weekend off and it just snowed? For a group of five buds, unwinding in the Catskill Mountains in late winter couldn’t be beat. So away we went, rummaging through our closets for our dusty duffle bags and wrinkled snowboarding pants.

Hunter Mountain is 1,600-foot ski resort that was founded in the 1950s and became the first ski destination in New York to install snow-making that covered the entire mountain.

After quickly booking a small Airbnb in West Kill, we loaded up the Subaru and began our trek upstate. My impeccable road trip DJ skills blessed our ears with the sounds of Bowie, The Beastie Boys and Boz Scaggs as we traveled three hours north for an incredible weekend ahead. Upon arrival we quickly realized how far away we were from any civilization. There was absolutely no phone service in the Airbnb and since we booked on the cheap, the place didn’t have Wifi. Originally it seemed like a drag, but would later play out to be a nice change of pace to not have to look at our phones at all during the time spent in the cabin. We were forced to head into town and interact with locals to get a sense of what to do, where to eat and most importantly where to drink…

After grubin’ on some pizza and wings at the local parlor, we grabbed some beer and headed back to the cabin for a low key night before our epic day ahead on the slopes. Once morning hit, we headed to the ski shop and grabbed some rentals that were very reasonably priced, despite it being a busy weekend. Spending $100 on a lift ticket and a full set of snowboarding gear isn’t too shabby. Bindings strapped, headphones in and it was time to shred. As any skier or snowboarder would naturally do, we headed for the steepest lift we could find to get the day started right. The conditions were a bit icy but the tracks turned out to be fairly smooth. 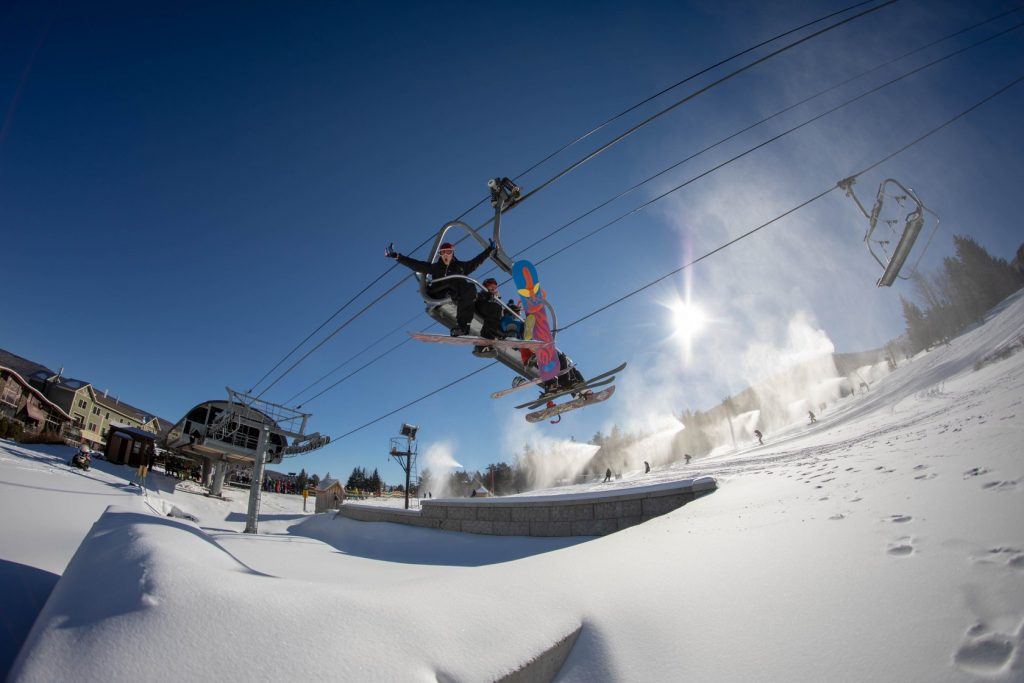 My favorite part about the hill was that there were surprisingly a lot of different trails considering the smaller size of the mountain. In total there were 67 trails with 13 lifts that gave us plenty of options to explore all day long. But the best part was the park region which featured 4 amazing freestyle areas. There was an array of jumps, perfectly placed in succession with gathering height, that made the day even more epic. Again, this isn’t a high-end resort, but the place definitely did the job for a quick weekend trip.

After some stellar landings and a few gnarly wipeouts it was time to hit the bar. We brushed off our bruises with a couple of whiskey shot and beer combos, then headed back to get our money’s worth. By the end of the day we were drained, but it was time to check out the nightlife.

We heard from a couple of people that there were some good breweries in the area so we started driving a bit outside of town in that direction. With no streetlights in the pitchblack mountain range, we must have missed the turn so we ended up stopping at a small bar on the side of the road to grab a beer. It was completely empty as we thought to ourselves “this can’t be all that’s out here.” The bartender hooked it up with a helpful tip to head back into town and look for “Slopes.” She said it was the place to be so we downed the brews and took off.

Slopes is the primetime spot in Tannersville, NY. Great music and flowing’ drinks will get you on the dance floor very quickly. An outdoor deck and two pool tables line the other side of the bar for an awesome setup.

By the time we got to Tannersville we didn’t have too high of expectations for the nightlife. The town has 500 people in it so you could imagine what it looked like driving in. We were thoroughly mistaken. Right as we parked you could hear the house music bumpin’ as the distant drunk laughs echoed through the chilly night. The spot was an epic gem of a nightclub tucked away in a no-name town in upstate New York. After a few hours of pool, dancing and making drunk friends it was back to the cabin for some much needed sleep before we headed back to the city in the morning (yes, we did have a DD).

Overall the trip turned out as well as we could have hoped for. Although it sucked having no wifi or service in the cabin; or pretty much anywhere outside the town center, it was nice to really get away from “civilization.” Being able to detach yourself from the daily routine always brings fresh energy and a relaxed mindset. If you can’t plan a massive top-resort trip, book some lift tickets at the small getaway hill, for a time that will be much well-worth it. Don’t think just go, you deserve it.

There’s plenty to discover at Hunter Mountain this summer. Why not head to Mountain Jam?

Rad Season is providing you with rentals and hotels at the lowest prices available online. Book your stay near Hunter Mountain using the map below!