Your Guide to the Best Snow Holidays Around The World 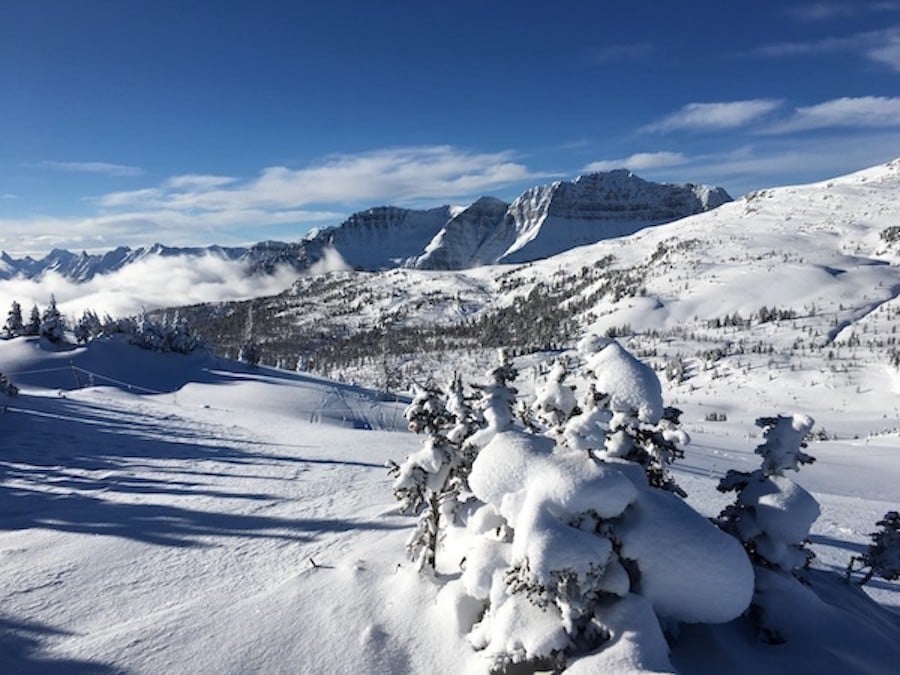 Choosing your snow holiday destination can be pretty hard when we have so many awesome resorts to conquer across the world. From mountains that kick your ass, to killer park laps, to the après party scene every night, whatever style of snow holiday you’re looking for, there’s a resort out there to suit. 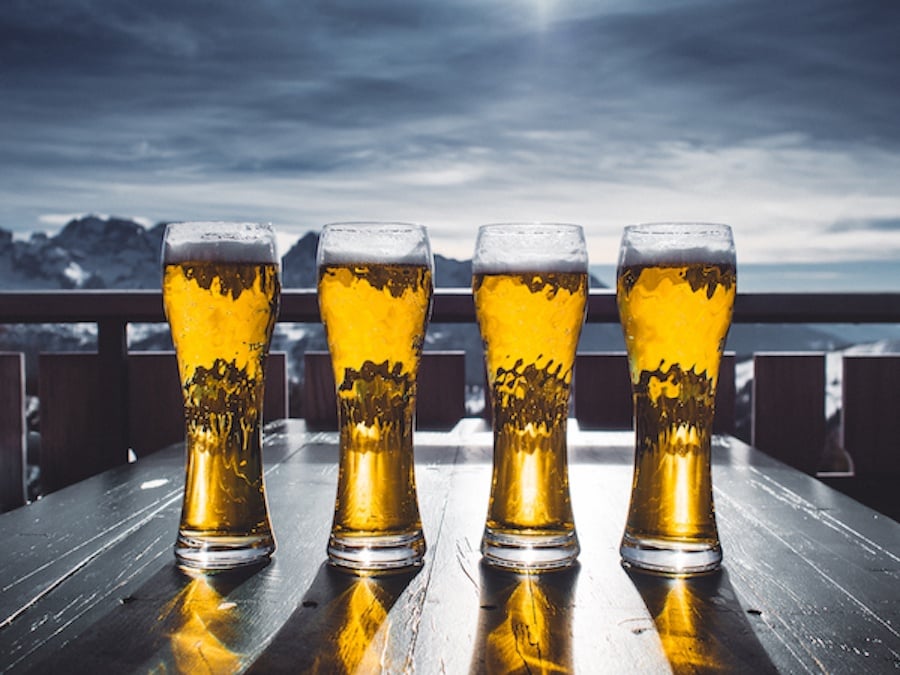 facebooktwitterpinterest It’s important to stay hydrated after a big day on the mountain. Photo credit: Tookapic

Scientists* have proven that an appreciation of good views directly correlates to the number of alcohols consumed. So it’s no wonder ski resorts have some of the biggest party scenes in the world. Here are a few of the very best…

*May or may not be actual scientists… Ok, so it’s just myself and a bunch of ski bums who are definitely not scientists.

Ahh, ‘Whistralia’… This place has become somewhat of a Mecca for young Aussie skiers and snowboarders. Every Winter, hoards of young people from all over the world infiltrate Whistler to work hard, ride hard, and party even harder. If you like your snow holidays with a very generous serving of après-ski nightlife, then this is the resort for you.

Impending hangovers aside, Whistler is also considered to be the largest ski resort in North America and each year in April it hosts the huge World Ski & Snowboard Festival. The event runs for nine days where you can catch some of the world’s top ski and snowboarders shreddin’ the ~gnar~, as well as free outdoor concerts, exhibitions, and workshops.

St. Anton definitely owns its title as one of the best party ski resorts in Europe. Earning a cult status amongst riders and revellers alike, the resort has a reputation for wild nightlife and hundreds of kilometres of tough terrain that would make even the most advanced rider’s knees weak. St. Anton offers not so much a holiday as it does a marathon of mental and physical endurance. Prepare your legs… and your liver.

A snowy playground for the rich and famous, Verbier is home to one of the world’s best après-ski scenes. So good, in fact, you’ll find yourself asking the question, “If I’m still up partying in my ski/snowboard boots at 5am, should I just keep them on until first chair?” most nights. With its lively cluster of bars and nightclubs all within stumbling distance of each other, Verbier is made for those who want to hit the mountain hard by day, and hit the clubs hard by night.

If partying “Ibiza-style” on the snow sounds like your thang, Verbier is also home to the Polaris Festival, a four day electro and techno music festival with huge headliners, guaranteed good times, and plenty of those non-stop ski-boots-on-til-5am après parties.

If you’re beginning to see a pattern here with European resorts and crazy après scenes, then you are correct, my friend. No other continent does après-ski quite like Europe, and one resort that really embraces this is Meribel.

Get ready for the loosest home run of your life. The first stop is the legendary La Folie Douce at the La Saulire mid-station for pumping beats on the terrace and tabletop dancing. From there you jump back on your skis or board, nicely toasted to say the least, and take a run down to Rond Point for live bands and an infamous slippery-dip down to the bathrooms. Afterwards, keep riding/tumbling down to the village where the bar-hopping begins and the party kicks on well into the night. 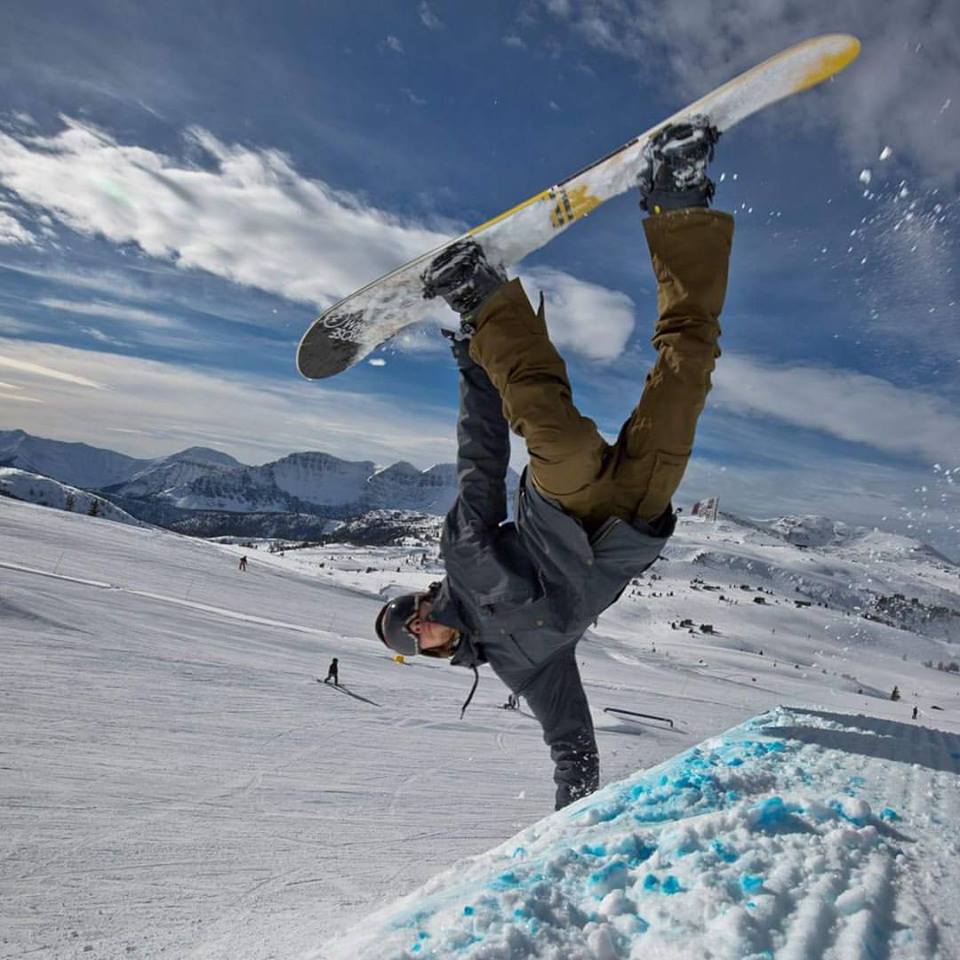 It ain’t easy, bein’ steezy. If you’re all about the send, you have to check out these legendary parks…

An undisputed paradise for park riding, Park City caters to all ability levels and is a solid stomping ground for park-rats-in-training right up to the pros.

Mammoth is home to Unbound, one of North America’s – and arguably, the world’s – best terrain park programs. Unbound is all about pushing boundaries, and the creativity seen in all of Mammoth’s parks is off the charts.

Pick your line with over 100 features (made up of about 40% jumps and 60% jibs) plus an 11-foot pipe and a 22-foot pipe for your vertical pleasure… Check out what Mammoth has to offer in this tasty little edit by GoPro:

Yes, I hear you, angry mob. Australian ski resorts are certainly NOT the world’s best by any stretch of the imagination. Hence, we need to get a little more creative in our “snow” seasons. This is why Perisher’s PlayStation Terrain Parks are considered to have some of the most innovative setups in the world. After a major expansion in 2016, the improvements in Perisher’s parks have created better flow, better lines and a bunch of variety to challenge even the most advanced riders.

Australia’s only music festival in the snow, Snowtunes, happens every year at the nearby town of Jindabyne. Only 30 mins away from Perisher, you can send it on the slopes by day, and send it with a huge line-up of Australian and international music acts by night. 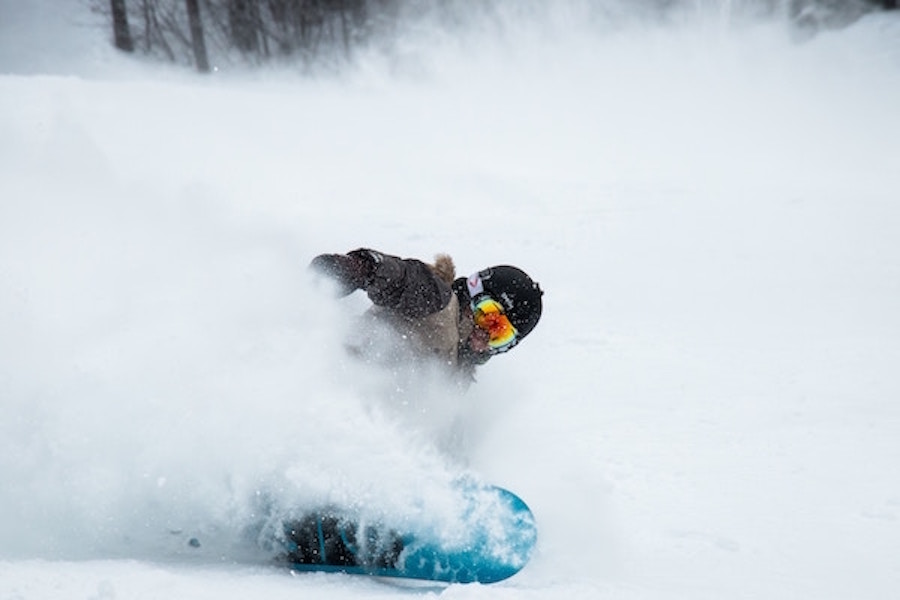 Ain’t nothing like a pow day to set stoke levels at an all-time high. The Snow Gods smile fondly upon these resorts season after season…

According to the folk who study weather and such, Niseko receives some of the highest snowfalls IN THE WORLD. We’re talking untracked fresh powder all day, everyday. We’re talking powder so high you can only see the tops of small children’s helmets as they pummel down the bunny hills. We’re talking grown-ass adults weeping over their burning thigh muscles after two days waist-deep in the stuff. They don’t call it Ja-pow for nothin’.

Along BC’s famous ‘Powder Highway’ sits the somewhat undiscovered powder playground that is Fernie. Receiving well over 30 feet of snow each season, Fernie’s five large bowls fill up with fresh, champagne powder, and offer both wide open pistes or steep gladed runs ideal for free riding. Since the resort is not super close to any major cities, Fernie remains relatively crowd-free and fresh tracks are always in abundance. Fernie is like the Disneyland of ski resorts, during the height of the season it definitely feels like “the happiest place on earth”. 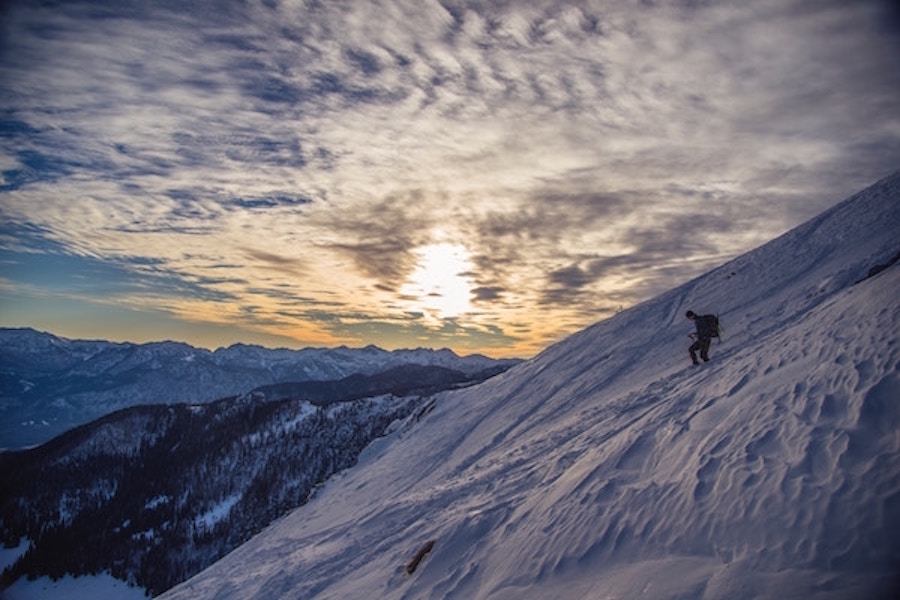 If you’re all about chasing spine-tingling verts, gut-churning drops, and non-stop shots of adrenaline, you may have met your match with these resorts…

With a reputation for being one of Canada’s most gruelling ski areas, Revelstoke is a high-octane, high-adrenaline mountain packed with expert terrain. Not for the easily intimidated, Revy is known to be deep and steep with some of the gnarliest freeriding in the world. This resort is for tough minds and tough muscles, guaranteed to leave you feeling both utterly exhausted and totally exhilarated.

Chamonix is home to some of Europe’s most intense “no-fall zones”. These descents give “ride or die” a very literal meaning. If you fall, exposed cliffs, jagged rocks and dire consequences await. Chamonix’s no-fall backcountry zones are crazy steep (between 50 to 40 degrees) and require an expert level of control and precision. Only the most gung-ho (and mildly insane) riders should attempt to prove their mettle on these badboys.

Get a real feel for one of Chamonix’s steep lines in this insane video by Red Bull:

If that all sounds a little bit too scary, rest assured the French Alps are not just about 24/7 death-defying lines. They’re also home to Snowboxx, a much less terrifying, but probably just as physically demanding, week-long music festival.

The event sees huge international headliners grace the main stage, while a secret stage is set up somewhere in the vast Portes Du Soleil each day for the festival’s Rock The Pistes performances. There’s also après terrace parties, nightclub kick-ons, and on-piste competitions including everything from skim pools to extreme snowball fights.

Home to the Extreme Freeskiing Championships each February, Crested Butte is renowned for its punishing double-black diamond runs and freakishly steep inbounds terrain. In fact, Crested Butte lays its claim to THE steepest cut run in North America, ‘Rambo’, which measures in at 1,000 vertical feet and a pitch of 55 degrees. Holy Moses. Only the most fearless and hard-charging skiers and boarders take on Rambo. 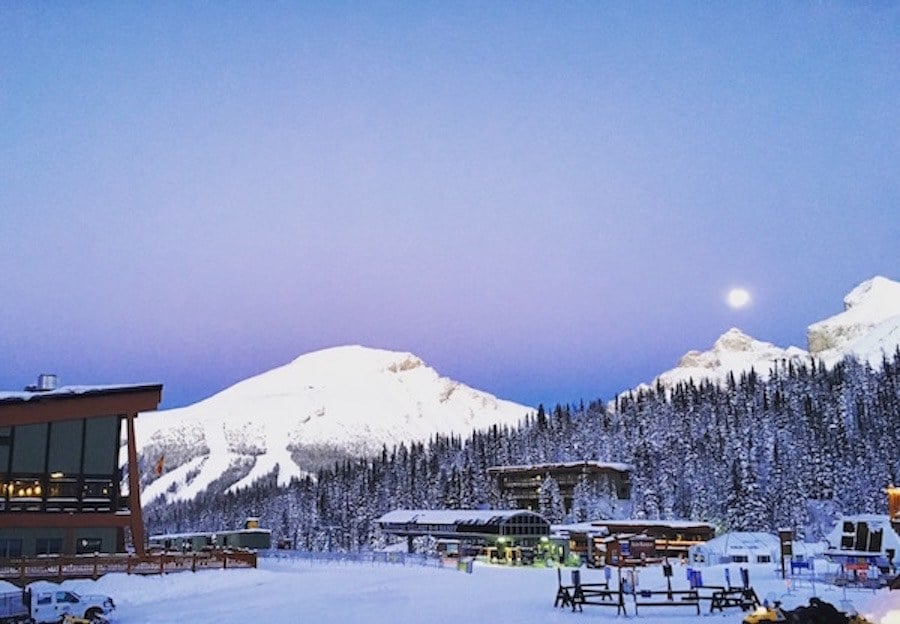 Who wants to wait 45 minutes in a lift line? Suckers, that’s who. Avoid the crowds, get away from the tourist traps, and soak up all the fresh tracks your heart desires at these chilled-out resorts…

A little gem of a resort in the Canadian Rockies, Sunshine Village still has it all in terms of champagne powder days and tough backcountry terrain such as the infamous Delirium Dive and Wild West freeride zones. But, for the most part, the resort is relatively crowd free all season long. Even on the mountain’s busiest days, the longest you’ll have to wait for a chair is about 15 minutes so you can maximise your ride time while not skimping on the quality of terrain or quantity of great snow.

“Targhee has more elbow room than a warehouse,” claims Mark Hanson, Grand Targhee’s Ski and Snowboard School Director and a resort veteran of over 26 years. Targhee’s remote location on the backside of the Teton Range has helped keep the resort uncrowded and ticket prices low. Though it may be seen as the less popular little brother of cool guy resort Jackson Hole, Targhee still receives just as much feather-light powder, but with far less people to track it out. Apparently, the resort is a favourite of world-class snowboarder, Jeremy Jones too.

While Jackson Hole may be more crowded and crazier than Targhee, the Jackson Hole Rendezvous Festival is a good reason to take a break in your Zen and check out the neighbouring resort while you’re in the area. Rendezvous is a four-day lifestyle and music festival held each year during spring season with plenty of ‘last call, first chair’ opportunities.

Of course, when it comes to all the great ski resorts across the world, this list barely scratches the surface. After all, the only way you’ll ever truly know how amazing they all are, is by jumping on your skis or board and getting amongst it yourself!

Brittany is an Australian painter of word pictures, currently wandering somewhere across Canada and the Americas. In winter, her feet are almost permanently attached to her skis, and in summer, her feet can be found dangling over the edge of cliffs, hiking through forests, lazing in sand, and diving into any body of water she can find. Follow her (somewhat sporadic postings of) adventures on Instagram.