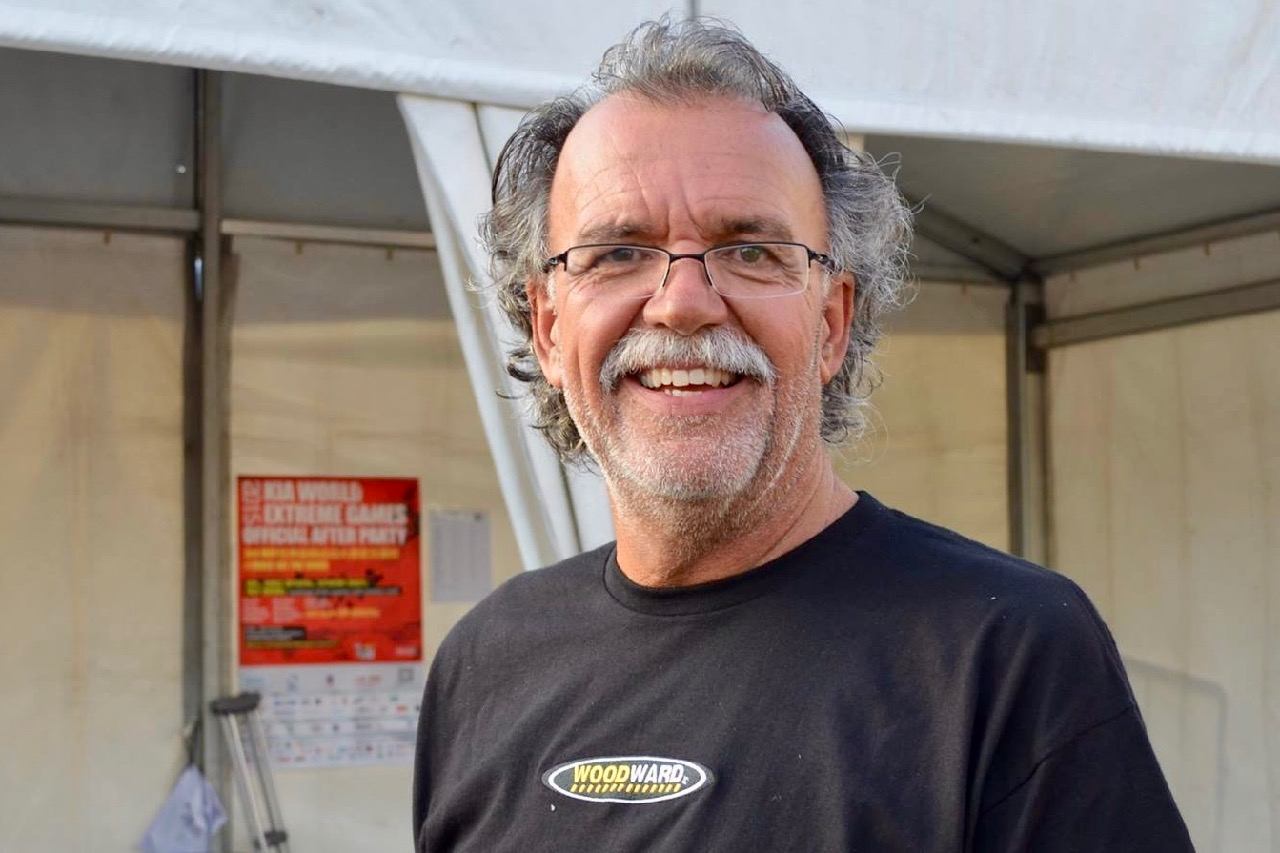 Oli Russell-Cowan: Today on Rad Season, I’m going to be chatting to the founder of Camp Woodward. We’ll be talking about how the camp started in Pennsylvania, and then how it turned into an action sports facility not only in the US, but worldwide. 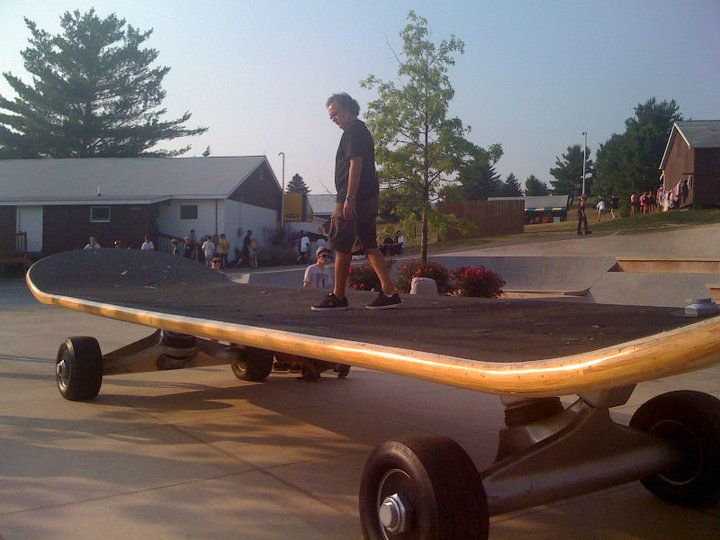 Russell-Cowan: Wasn’t gymnastics the main focus of the camp when you took over?

Gary Ream: The place was a mini construction zone with a lot of unfinished projects. For myself and my father, because of the knowledge we had of building and heavy equipment we had everything to patch the place back together and move forward with a gymnastic camp solely. That was 95% female, held about 140 kids. At the rate per week was about $140. A week.

Not a big business. But it was something for us and for me to call our own to move forward on something that you’re in control of.

Russell-Cowan: How was gymnastics in the US then? Was there a massive program?

Woodward was being known for this crazy place where all the world class gymnasts would hang out in Central Pennsylvania, it was different.

It was the US boycotting the Moscow Olympic Games in 1980, that really threw the shock wave reinventing our new business called the summer camp, because now we’re gonna go eight years without any real massive injection of publicity.

Eight years without the Olympics, that’s tough for sports to cope with because of the financial association with that. And then obviously, we knew the numbers of gymnastics, we’re going to go down because after every Olympic Games, they go up, and then they start to dwindle and then they go up, it’s a cycle.

Getting BMX to Woodward

That was the first move that we had to do something to survive. The boycott turned out to be a blessing because we searched out. I ended up in Chandler, Arizona, with the President of the American Bicycle Association, which was the originator of BMX racing and the movie Rad.

That whole thing in Southern California with BMX racing, and it was predominantly boys. Not that we needed that. But we had predominantly girls at camp, and needed to look at sports that colleges weren’t paying University coaches, their bonuses based on them running camps in free facilities on University property. You can’t compete with that.

We were so far ahead of the universities in gymnastics, we didn’t need to worry about that. But when it went to the other traditional sports, you couldn’t compete with the universities. That’s why I stumbled upon BMX racing that led us to BMX freestyle, and the freestyle side of it. 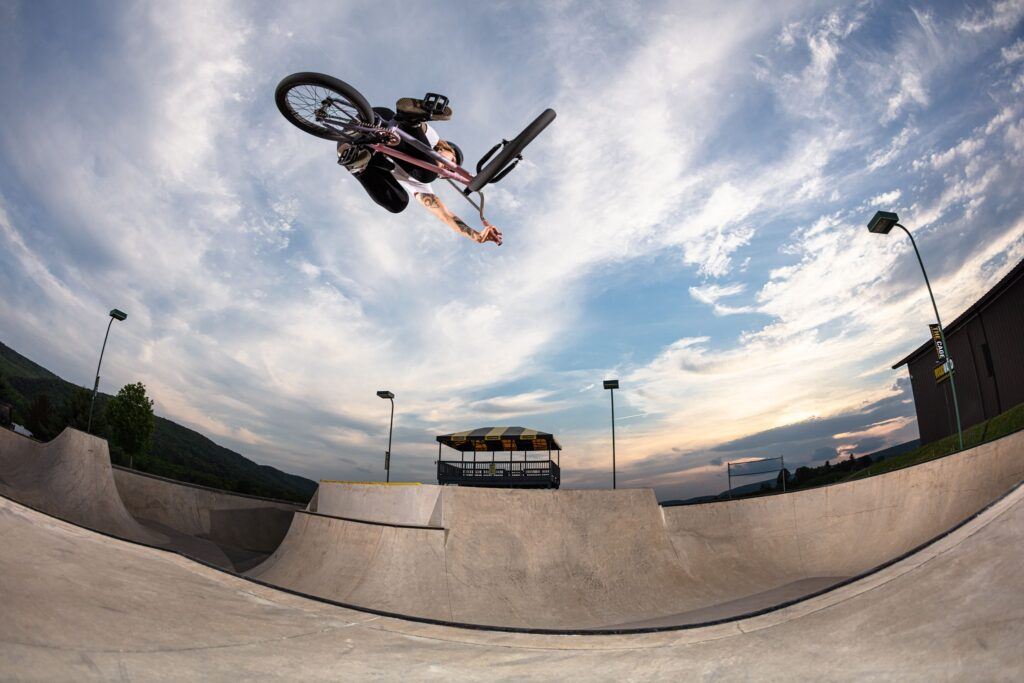 BMX racing still has that adult intervention, you have the parents there and they’re telling their kids what to do and all of a sudden, the BMXers where that group that didn’t want their parents to tell them what to do.

We’re gonna do this craziness on bike, and, you know, BMX racing was okay, but it still had that discipline. When we discovered BMX freestyle, that’s when it took my heart away knowing that, wow, these kids are exploring. 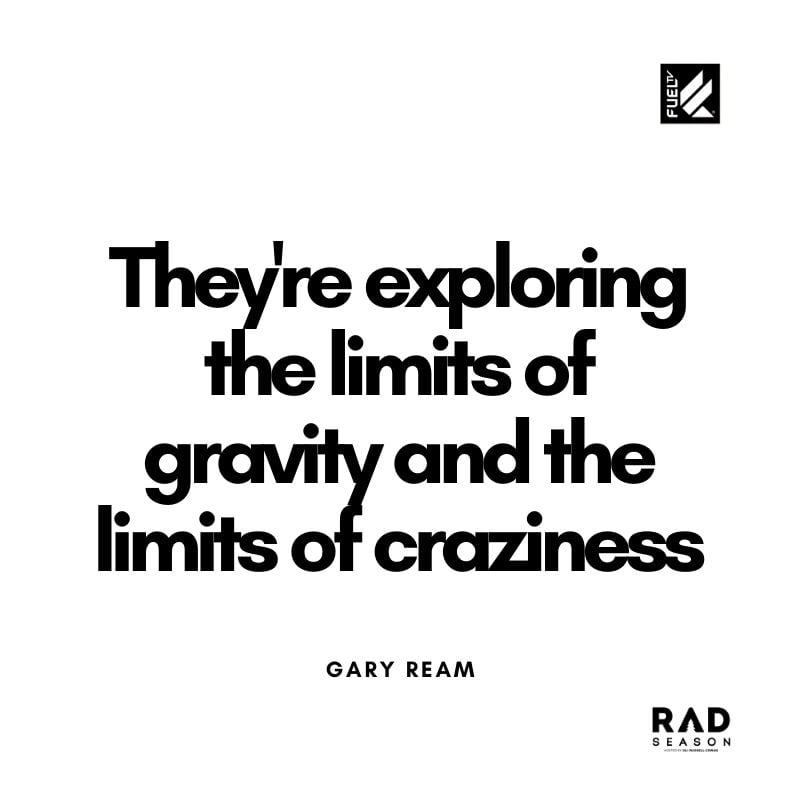 It was a big moment because when you have a mortgage, you need insurance and insurance on things that you’re doing that are just totally new BMX racing and BMX freestyle. And then skateboarding went through its insurance problems, years ago before the 80s.

Woodward had a history of gymnastics going through an insurance program. We organized gymnastics and solved it. So we decided, Okay, we’re going to do the same thing with these sports. The underwriters came back to me and said, ‘Are you sitting down, we would be happy if Woodward would create standards that we can all live by. You are insured.’

So we cut loose on skateboarding. That was the late 80s.

Backup a couple years the Russians boycotted the US Olympic Games in Los Angeles. And that allowed the US to to win a lot of things, which means the popularity of gymnastics went off the chart after 84. We’re now adding sports. And now camp is growing. And everybody knows that when a business has more revenue than expenses you can grow. A little concept that some people miss.

We just started to grow. And there’s a thing called inline skating that was sort of 30, 40, 50 age participants, and then little tech changes and the numbers went off the charts. And that was in the early 90s. And then the big, big moment was 1995. 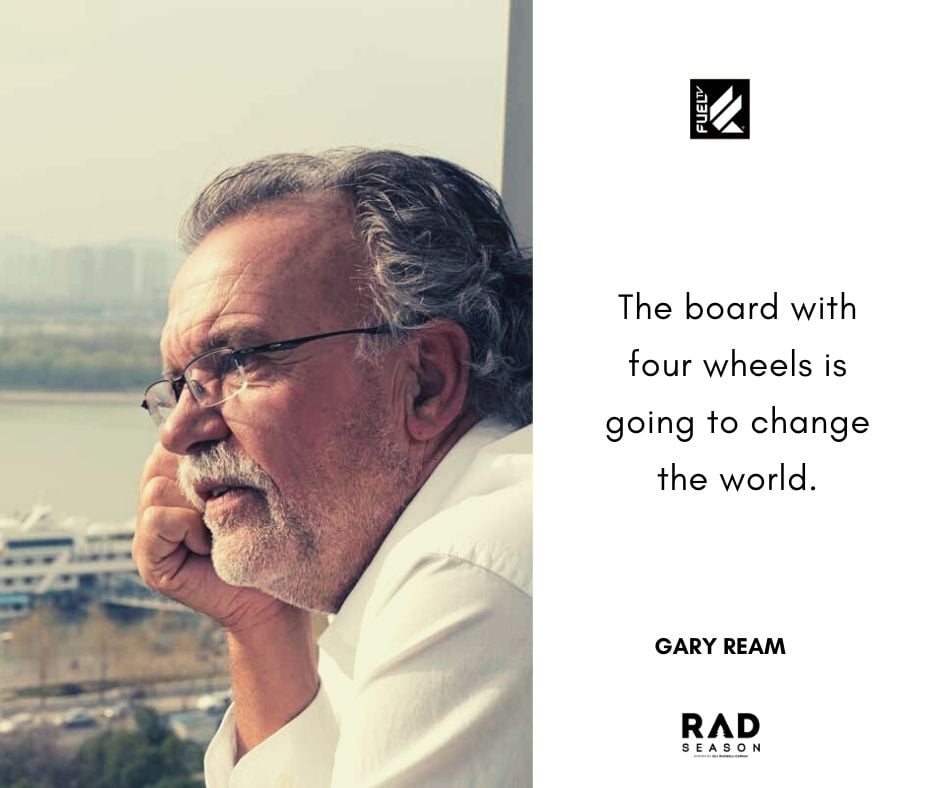 Russell-Cowan: When did the Woodward Experience happen?

Ream: We got involved in BMX racing, and that was a little bit less involved by adults. But you still had adults, managing the kids going to the racetrack, and then yelling and screaming at him, and the bikes, and it was just a lot of adults.

Then BMX freestyle. This is now when the Woodward Experience starts to change the whole thing at camp. Now we’re injecting the free spirit of the kid that does not have the adult telling them what to do. He wants to create things that take him to fantasies that only he knows.

Just remember, the three most important things at camp are females, females and females, because when you’re trying to run a camp discipline, it’s good to have a 50 50 match, to have a great experience and camp that everybody behaves.

Skateboarding is totally different than any of these other sports.

Inline skating was different but it added numbers. Then when we add ESPN and TV to it. In 1995 ESPN creates the Extreme Games. I’ll reflect one moment that took place.

The day after that announcement a skate pro named Mike Frazier, big name at the time. Comes walking into our canteen, and I’m waiting on the kids and the canteen dishing out ice cream. ‘What’s this about the Extreme Games,’ I go ‘just a second,’ I finished my ice cream cone and I walk outside with him.

Sometimes you make decisions that aren’t right. And somehow the girls convinced me that they wanted a softball field. I was levelling off a field behind the canteen that was going to be a softball field.

When I heard about X Games, I went up and measured it off my feet, pacing it off. That was early that morning.  When Mike asked me that question, I took him outside the canteen and looked at the area where they were starting to level off and put grass down and I said, Mike, ‘you’re going to be the first to know that field up there, grass seed is never going to hit it.’

‘Okay, but what do you think about the Extreme Games?’

‘Mike, That’s what I think about the Extreme Games. He goes, Oh, I get it.’

That’s when I knew. And that’s what we did. We built what is now called Lot 8.

The evolution of the foam that was used to catch the gymnast for years that would work. We now introduce the foam and we had invented a landing surface that had a hard plastic service that was flexible. But underneath it, you had a soft surface, so that things with wheels could land on and suck you in and you could roll off. That’s called what we called the resie ramps.

Rad Season is providing you with rentals and hotels at the lowest prices available online. Book your stay near Pennsylvania using the map below!