Gary starting taking photos of his friends surfing and skateboarding growing up in Virginia Beach. It was this introduction to photography that got Gary hooked. He was working in a surf shop and they had just got in some snowboards and started playing snowboard movies in the store. The next minute on a whim Gary went off to Vermont. He started taking photos for Eastern Edge snowboarding magazine and later became their staff photographer. Gary was living and working in the notorious party house called ‘East Street’. This would become the inspiration for his 3rd photography book called East Street Archives, documenting 90’s snowboarding on the east coast and all the riders and friends he met along the way.

Gary moved to Boston and got a job as Reebok’s staff photographer where he stayed for 8 years. He’s shot some of the biggest A-list celebrities in the world and done ad-campaigns for the likes of Apple, Nike and Coca-Cola as well as being Allen Iverson personal photographer and being an award winning director.

Tune in to the podcast below to find more about how Land got into photography, the east coast snowboarding scene in the 90’s, shifting to commercial photography, networking and starting his own business and loads more!

Oli Russell-Cowan: How did you initially get into photography?

Gary Land: I think originally it was a girl I was dating. I was dating at a very young age and this girl ended up getting a camera for Christmas and was really devastated. She didn’t want a camera and her parents thought she liked it and then she just never used it. I was like hey, let me take pictures of you.

Something about it I was drawn to, so I started taking photos of her and I’d get the film back, like oh these are cool and then I would take pictures or go around the city taking photos of whatever called my name. Whatever I felt inspired me.

Then I put two and two together and was like, oh I’m gonna go shoot surfing my friends. That’s sick I love that stuff and it’d be cool to see how it comes out. If I can freeze that one sick trick because it happens so fast in real time you just see it for a split second.

So, I was drawn to that. That’s kind of how it started. Then I was just hooked. 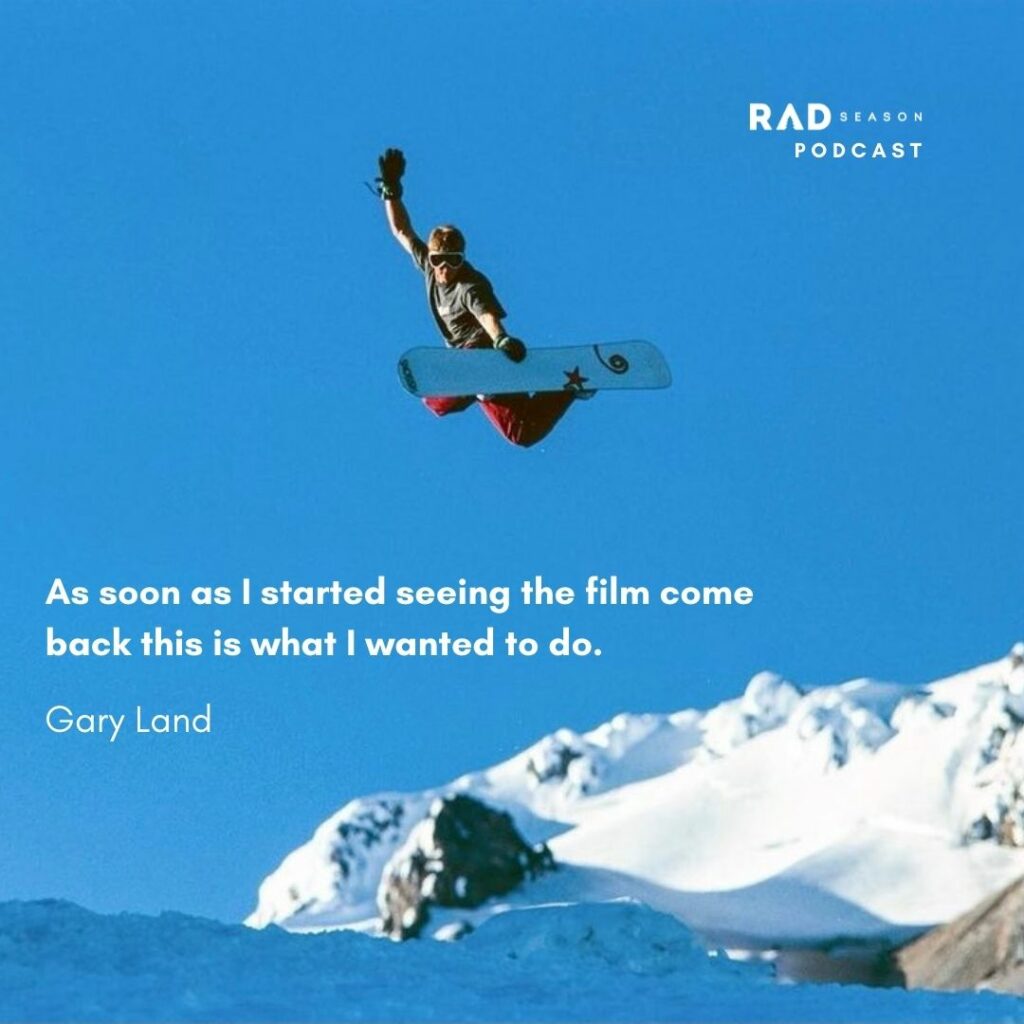 Oli Russell-Cowan: Did you find yourself wanting to shoot more than being out there surfing?

Gary Land: That was the tough part. I feel that’s been my problem. My entire life. First I’d fall in love with something and then I’ll want to shoot it.

We’d have good swells coming through. I’m like coming home from school and I’d go surf and then all my friends are asking you to get your camera. What to do? Oh, yeah, one more wave. I’d catch one then get my stuff out of the car and then I’d shoot.

It did get to a point where I think I surfed or skated less. I knew the more hours I put in the higher the chances of getting a better shot would be. I was shooting some really, really good surfers, a lot of sponsored guys that went on to be very big pros. I’m like, I can sell these images to the local surf shops, to regional magazines. That could help pave the way for better equipment or more film. 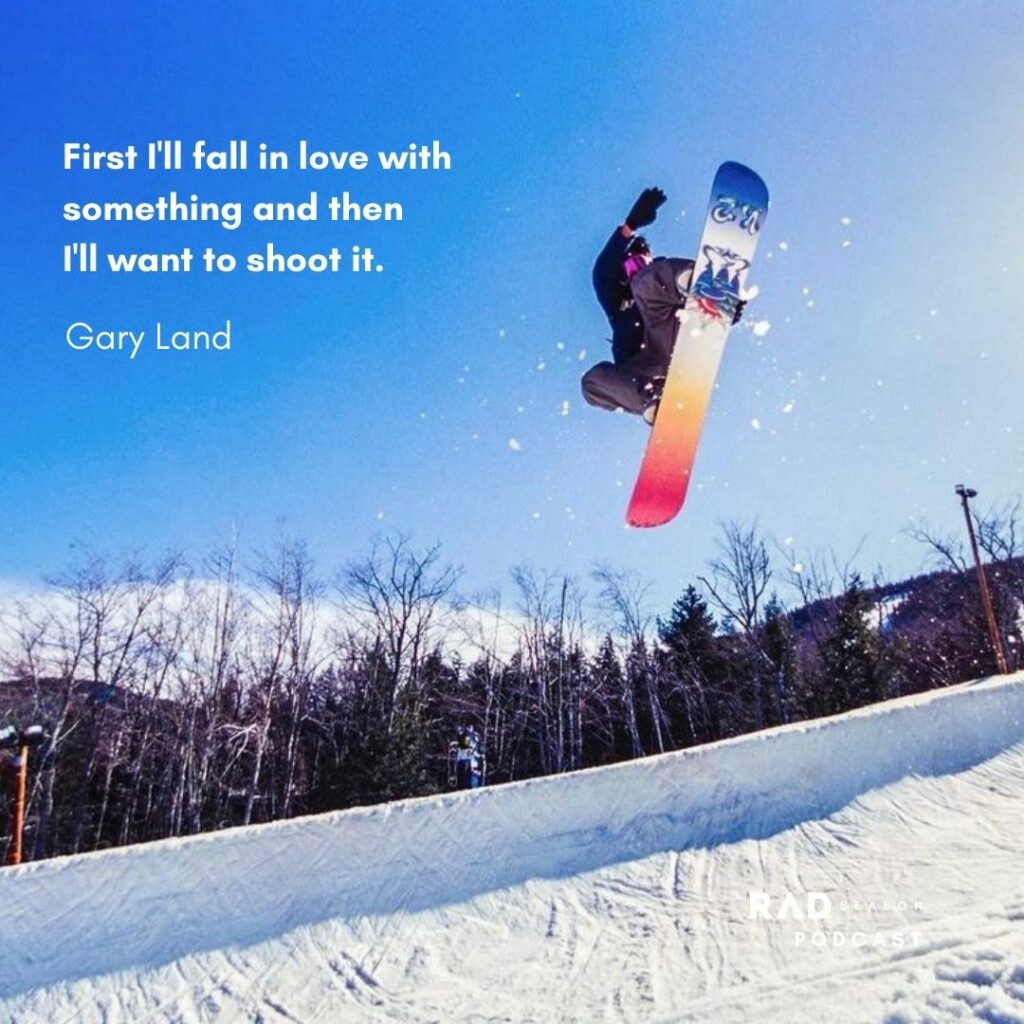 Photographer as a Career

Oli Russell-Cowan: Was there any thought back then that photography could be a career?

Gary Land: I thought it was a lifestyle. I looked at it, like, that’s what I want to do. If no one else cares about it, it’s what I care about.

I’ve talked to people about that even today where I’m like, you know, look at pro surfers. That’s if you’re a professional surfer, snowboarder or skater. You’re getting paid to do something you would do normally, even if you weren’t getting paid. This is your lifestyle. You’re doing it because that’s what pleases you. This is what you get up for every day.

In photography, for me, it’s still that like, I go do shoots today that I don’t get paid for. But I have an idea and I just want to go execute it. I get so stoked when nowadays on the computer looking at files and really putting my sauce on it.

Nothing stokes me out more than that.

Rad Season is providing you with rentals and hotels at the lowest prices available online. Book your stay near Scituate, Massachusetts using the map below!