Plan for The Bash Festival 2019 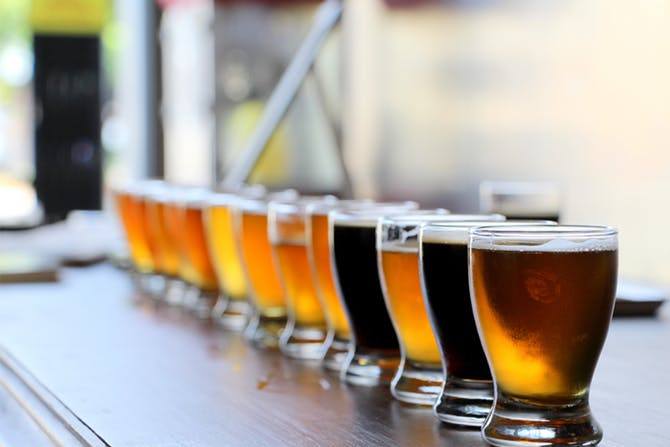 Sign up for more news about The Bash Festival 2019

“The Bash will feature up to four hours of craft beer tastings featuring over 100 craft beers, including some of the best local favorites”.

The Bash Festival 2019 will be headlined by Rancid, Pennywise as well as The Mighty Mighty Bosstones and Suicidal Tendencies. The Likes of L7 and H20 will also showcase their musical talents through the event. In addition to the musical lineup, the festival features unlimited tastings of over 100 craft beers from more than 25 breweries.

Where to view The Bash Festival

The Bash Festival takes place in several major cities around the United States throughout May and June. The Bash Festival Arizona will take place at Margaret T. Hance Park. You can find the event at 67 West Culver Street, Phoenix, AZ 85003. The festival will also take place in the following locations:

How to get around Phoenix

The public transport system in Phoenix, Arizona, makes it easy to travel to and around the city. The nearest major airport is Phoenix Sky Harbor International Airport, located approximately 10 minutes east of the city centre. One of the quickest and easiest ways to travel around the city is via the Valley Metro Rail system. The 26-mile rail line links the airport directly to downtown Phoenix, as well as neighbouring communities such as Tempe and Mesa. Single trips are only $2 and an all-day pass is $4. The rail system features 35 stations throughout the city, each of which is decorated with unique public art, which reflects the community in the respective location.

Citywide and regional buses are also available, making it easy to travel throughout the city and surrounding areas. Rideshare options such as Uber and Lyft are readily available and the city also offers a ‘Dial-A-Ride’ service to provide transportation for those with disabilities.

The quickest and easiest way to travel to and from the festival is via light rail. The nearest station is Roosevelt/Central Ave, located just a short walk from the venue. A number of bus routes also pass through the area. For visitors driving to the event, parking is available at True North Studios Garage for a fee (credit and debit cards only).

Where to stay for The Bash Festival

There are a range of accommodation options available throughout the city of Phoenix. The nearest hotel is FOUND:RE Phoenix Hotel, located directly adjacent to Margaret T. Hance Park. A number of nearby Airbnb options are also available within walking distance of the venue and event.

You can explore a range of nearby options on the map below. Many more options are located in the downtown area, ranging from backpacker hostels to luxury hotels. The downtown area is a popular district for first-time visitors as it is close to a range of attractions and nearby neighbourhoods are easily accessible by public transport.

Things to do in Phoenix

The city centre of Phoenix, Arizona, offers a number of attractions and Museums. Popular museums include the Phoenix Art Museum, Arizona Capitol Museum, the Children’s Museum of Phoenix and the Arizona Science Center. For outdoor enthusiasts, the nearby city of Tempe offers a range of stunning natural attractions and locations. The Desert Botanical Garden and Phoenix Zoo are located just outside Phoenix and Tempe, and feature over 125 acres of animal exhibits, narrated tram rides and a petting zoo.

Just northeast of Phoenix, you can find a number of reserves, mountains and recreation areas. Camelback Mountain is an iconic peak and popular hiking and climbing destination with stunning panoramic views. The Phoenix Mountains Preserve also features a number of picturesque peaks and running and hiking trails. Just south of Phoenix, you can find the South Mountain Park and Preserve, with a number of trails, wildlife lookout points and more. If you are visiting Arizona for the first time, a day trip to the Grand Canyon is a must. For a bit of extra adventure, the Grand Canyon is also one of the best places in the world to go skydiving!

Stay safe: Even the best-laid plans can head south. SafetyWing travel medical insurance can help you stay safe and cover you in unlikely situations as well as that epic road trip or on your next adventure. How to stay safe during The Bash Festival 2019? If you’re not covered for your trip yet, get your quote here.

Accommodation near The Bash Festival 2019

Rad Season is providing you with rentals and hotels at the lowest prices available online. Book your stay for The Bash Festival 2019 using the map below!

Sign up for more news about The Bash Festival 2019