Rip Curl WSL Finals at Lower Trestles, the Ultimate Performance Wave The final stop and crowning event of the Men’s and Women’s champion tour is going to be held at Lower Trestles in San Clemente, California. Rip Curl have signed a three three-year deal for the Finals of a new one-day event that will decide […]

The final stop and crowning event of the Men’s and Women’s champion tour is going to be held at Lower Trestles in San Clemente, California. Rip Curl have signed a three three-year deal for the Finals of a new one-day event that will decide the men’s and women’s World Surfing Champions in 2023.

This is the last stop on tour and and the second on the U.S. mainland. Lower Trestles, site of the WSL Finals, is considered to be one of the highest performance waves in North America.  It’s full tilt boogie when the WSL comes to town. An A-frame peak breaking over a cobblestone point, the right is a long, lined up wave that invites the surfer to test their imagination. The left is a more vertical wall, ideal for powerful blasts off the top.

In 2022 the final round saw number 1 seed Filpe Toledo win his first World Championship. In front of a home crowd against Italo Ferreira.

Australian Stephanie Gilmore made surfing history by winning her 8th World Title against Hawaiian Carissa Moore. Steph came from 5th spot climbing throughout the day to take the win in the final.

How to get to San Clemente, California

By air – the closest international airport is Los Angeles International Airport (LAX) which is 60 miles approximately one hours drive south to San Clemente. You can also fly into San Diego Airport (SAN) which is about the same driving distance to there.

To get to Trestles head down the freeway and Exit at 405 at Christainitos Road the southern end San Clemente. Going down through the parking area and trying and get there as early as possible before the lot fills up.

Where to stay in San Clemente

There are a tone of great lodging options in San Clemente from hotels, inns, apartments, and camping grounds.

For the best accommodation deals make sure to head over to Rad Season’s map below for apartments, guest houses and hotels in town or head to the map below. 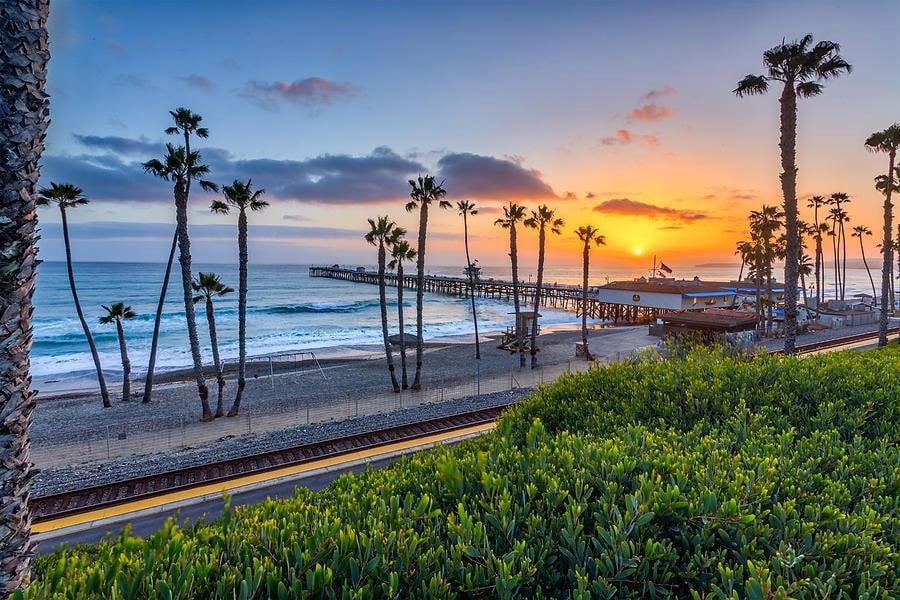 Things to do in San Clemente

“Lowers,” as it’s usually referred, is located in San Clemente, a California original surf town. There are over a dozen surf shops in the city limits and more taco stands than you can shake a bar of wax at. It’s the finest Orange County has to offer.

Surfing in town is super fun with a bunch of spots in the area such as T-street and north and south of the pier. Head to the trails and beaches up and down the coast.

Don’t forget to check out the Surfing Heritage and Cultural Center. There are heaps of restaurants and bars in ton for a post-surf drink and why not try a brewing tour at Left Coast brewing Company and Lost Wings Brewing company.

Rad Season is providing you with rentals and hotels at the lowest prices available online. Book your stay for Rip Curl WSL Finals Trestles 2023 using the map below!