Rally Australia 2019 hits the shores to entertain over 65,000 fans live with it’s faster, louder and most dramatic rally cars ever. The absolute last chance for a rally fix, the final race on gravel for the year promises to be unpredictable, with numerous stage-side and onboard cameras, helicopters, drones and a production team of almost […] 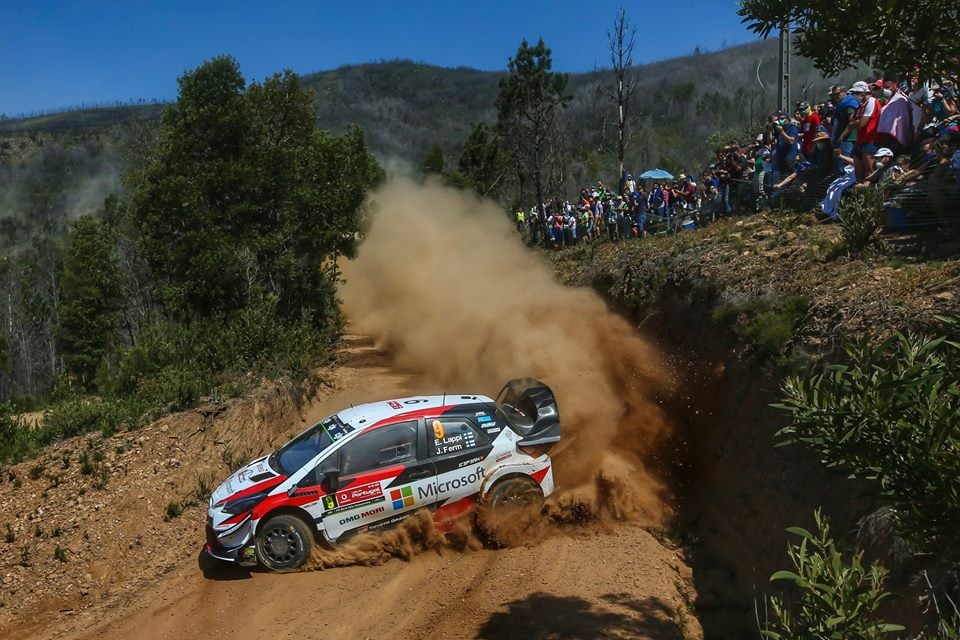 Rally Australia 2019 hits the shores to entertain over 65,000 fans live with it’s faster, louder and most dramatic rally cars ever.

The absolute last chance for a rally fix, the final race on gravel for the year promises to be unpredictable, with numerous stage-side and onboard cameras, helicopters, drones and a production team of almost 100 people will providing thrilling coverage of the WRC’s stars battling for crucial tenths of a second in Aussie conditions.

The event kicks off on the Thursday afternoon with the Opening Ceremony.  Friday, Saturday, and Sunday are filled with spectacular rallying before the closing ceremony on Sunday evening. Some of the spectator areas encompass the areas forestry roads and unique coastal areas, providing stunning scenery as well as hardcore rally racing.

In the Wedding Bells State Forest, Flooded Gums is a great spectator point to get the feel for high speed WRC action and has great side on viewing of the cars on the stage. NSW Super Special stage is run on one of the most picturesque peninsulas on Australia’s east coast. Run on bitumen, the stage features multiple locations for viewing with the spectacular Coffs Harbour and Ocean as a backdrop. Some of these tracks also get a run in reverse. There is a public bar here and VIP Corporate facility at the Deep Sea Fishing Club.

‘Watch as cars launch and slide around from gravel to bitumen, showcasing the best rally driving in the world on Australia’s coastline.’

The Blueberry point is popular as it offers two clear spectating areas. The cars come over a crest down over a creek crossing and come toward spectators, turning left up over the hill sliding down to another creek crossing, ensuring that there will not be much between 1st and 3rd place holders.

The cars will finish right at the Rally Village and where spectators can join in to celebrate  with the winners.

Where does Rally Australia 2019 take place?

Based on the beachside city of Coffs Harbour, approximately 540km’s north of the New South Wales State capital, Sydney, the 2018 Rally Australia is set amongst some incredible scenery. Coffs Harbour has a well-protected international marina with facilities to service a large fleet of pleasure and commercial vessels, including deep-sea fishing charters.

How to get around Coffs Harbour

The region is easily accessible by daily flights on three major airlines, plus by NSW Trainlink and coach services.

For a scenic coastal route, NSW TrainLink offer two rail services from Sydney or Brisbane to the Coffs Harbour railway station each day.

Where to stay for Rally Australia 2019

Coffs Harbour has many hostel and hotel, beachfront and guesthouse accommodation options for the rally. The YHA hostel at Coffs Habour is right next to The Big Banana Fun Park. The modest rooms and single-sex or mixed dorms come with colourful decor and shared bathrooms. Dorms offer lockers and bunk beds. Upgraded rooms add private bathrooms and TVs. Facilities include a guest kitchen, a simple dining room and a TV lounge, as well as an outdoor pool and a BBQ area. Loaner bikes, surfboards and bodyboards are available.

The Pier hotel has great boutique accommodation available right in the heart of Coffs Harbour’s Jetty area. The rooms have been finished to the highest standard and provide LED TV’s with Fox Sports and free WiFi. They have ensuite and non-ensuite rooms available as well as a one bedroom flat complete with kitchen facilities which can be converted to two bedrooms if need be.

For all hotels and Airbnb’s in Coffs head to the map below.

Things to do in Coffs Harbour

At Coffs Coast, there are plenty of things to see and do, such as local arts and culture, galleries, museums, and craft markets, or immerse in the Aboriginal Culture in Yarrawrra to Muttonbird Island.

Go for a drive to the stunning Waterfall Way through Dorrigo National Park and see with our native animals through the harbour’s wildlife encounters. Relax in the sun to discover one of Coffs Coast’s beautiful beaches or take the day to watch humpback whales migrate north along the east coast in a chartered tour boat.

The 26 local state forests offer a myriad of outdoor opportunities, from exquisite coastal views at spectacular lookouts to scenic forest drives, four-wheel driving, and mountain biking. Sealy and Korora Lookouts in Orara East State Forest offer views up and down the coast, picnicking and bushwalking in spectacular forest.

Stay safe: Even the best-laid plans can head south. SafetyWing travel medical insurance can help you stay safe and cover you in unlikely situations as well as that epic road trip or on your next adventure. How to stay safe during Rally Australia 2019? If you’re not covered for your trip yet, get your quote here.

View all events related to Moto

Rad Season is providing you with rentals and hotels at the lowest prices available online. Book your stay for Rally Australia 2019 using the map below!