Potato Days 2023: A Quirky, Spudtastic Festival in Minnesota Small town American festivals don’t get crazier than Potato Days. Held in Barnesville, Minnesota, this historic and family-friendly event has been around since the late 30s. It was first conceptualized by the Barnesville Booster Club to celebrate the lowly spud grown by farms all over the […]

Small town American festivals don’t get crazier than Potato Days. Held in Barnesville, Minnesota, this historic and family-friendly event has been around since the late 30s. It was first conceptualized by the Barnesville Booster Club to celebrate the lowly spud grown by farms all over the area.

One of the main events back then, which is still around today, was the potato picking contests and the Lefse cook-offs. Today, the event is still loaded with old fashioned fun for all ages: festival-goers are treated to a weekend full of potato-themed everything including bizarre contests, over 50 potato-themed activities, and more potato treats than you can shake a stick at.

‘It lasted an hour. It was a long way to go for just an hour but it was one of the best hours I’ve had. I’m covered in mashed potatoes afterward, and thankfully, they had some showers set up because it was nasty. People had earplugs in to keep the mashed potatoes from going in their ear canal for infections because of course, they’ve had that in the past. That was pretty great.‘ – Sol Neelman 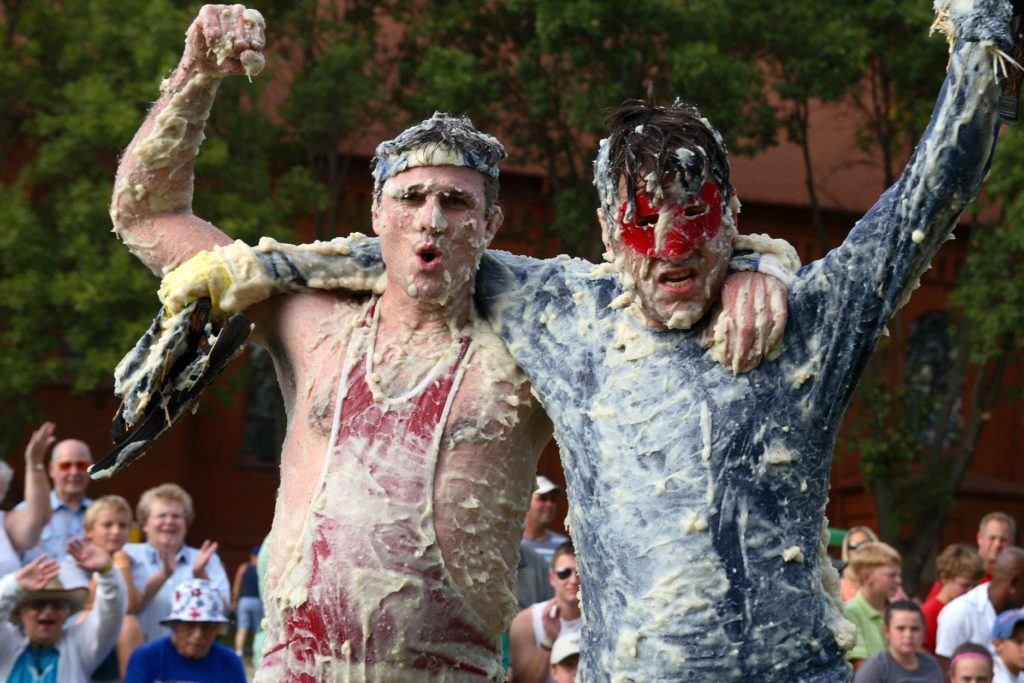 Your experience at Potato Days

Before you scoff at these seemingly silly contests, remember that there are some legit opportunities for winning hard, cold cash here. Other festival highlights include the potato sack race, potato peeling contest, potato wrestling contest, and the kids’ potato scramble. Non-potato themed activities include dance competitions, softball tournaments, horseshoe tournaments, barrel rides, and bingo among many others.

A kids’ parade kicks off festival weekend, and soon enough the streets are buzzing with a flurry of activity, people, arts and crafts vendors, and live bands. Over 170 units join in on the parade fun each year, which for many, is the most enjoyable part of Potato Days.

Indulge in a spudtastic array of dishes throughout the weekend – after all, this festival is ALL about the spud. There will French fries (but of course!), potato sausage, potato pancakes, baked potatoes, and just about any food you can think of that can be made with potatoes will be available. Think you got what it takes to be a Master Chef when it comes to spuds? Show off those culinary skills by joining the Potato Cookoff Competition or the National Lefse Cookoff. You are, after all, in one of the country’s best potato-producing areas.

You won’t run out of fun and entertainment, so be sure to bring your friends and family to a festival you won’t forget. 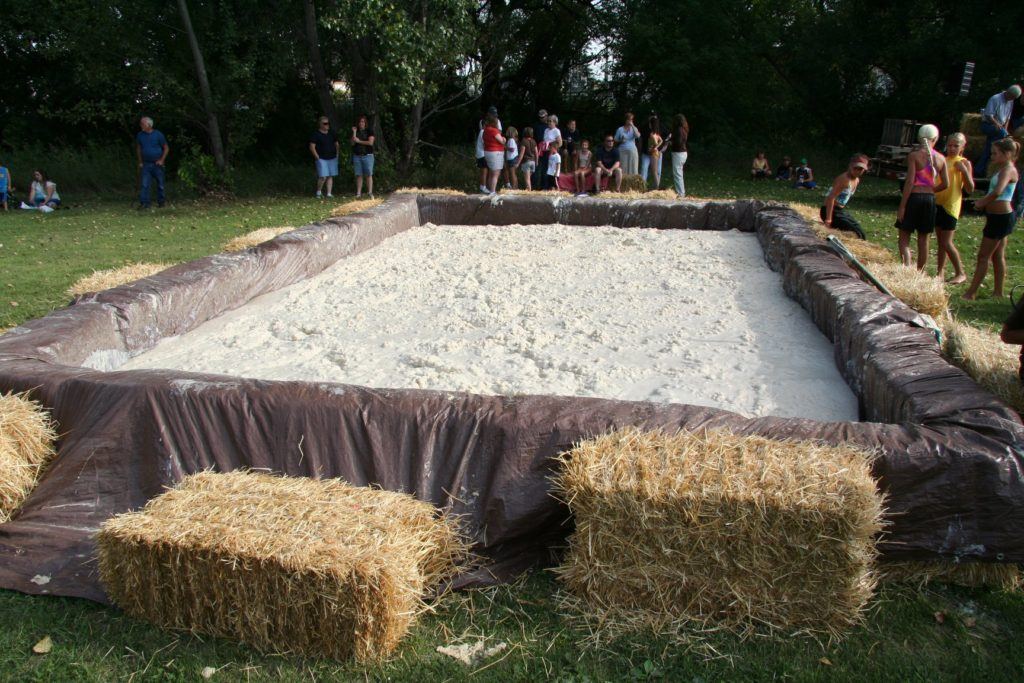 Where to view Potato Days

Potato Days takes place in various locations throughout downtown Barnesville such as the Hildebrand Hall and the Main Stage. With over 50 activities all weekend long, be sure to check out the schedule of activities.

How to get around Barnesville

The festivities take place in downtown Barnesville, and you won’t be needing a vehicle to get around to and from the main areas. This is a great opportunity to walk off all those calories from eating potatoes. When you do need transportation, taxis, ride-sharing apps, and vehicle rentals are easy and accessible. 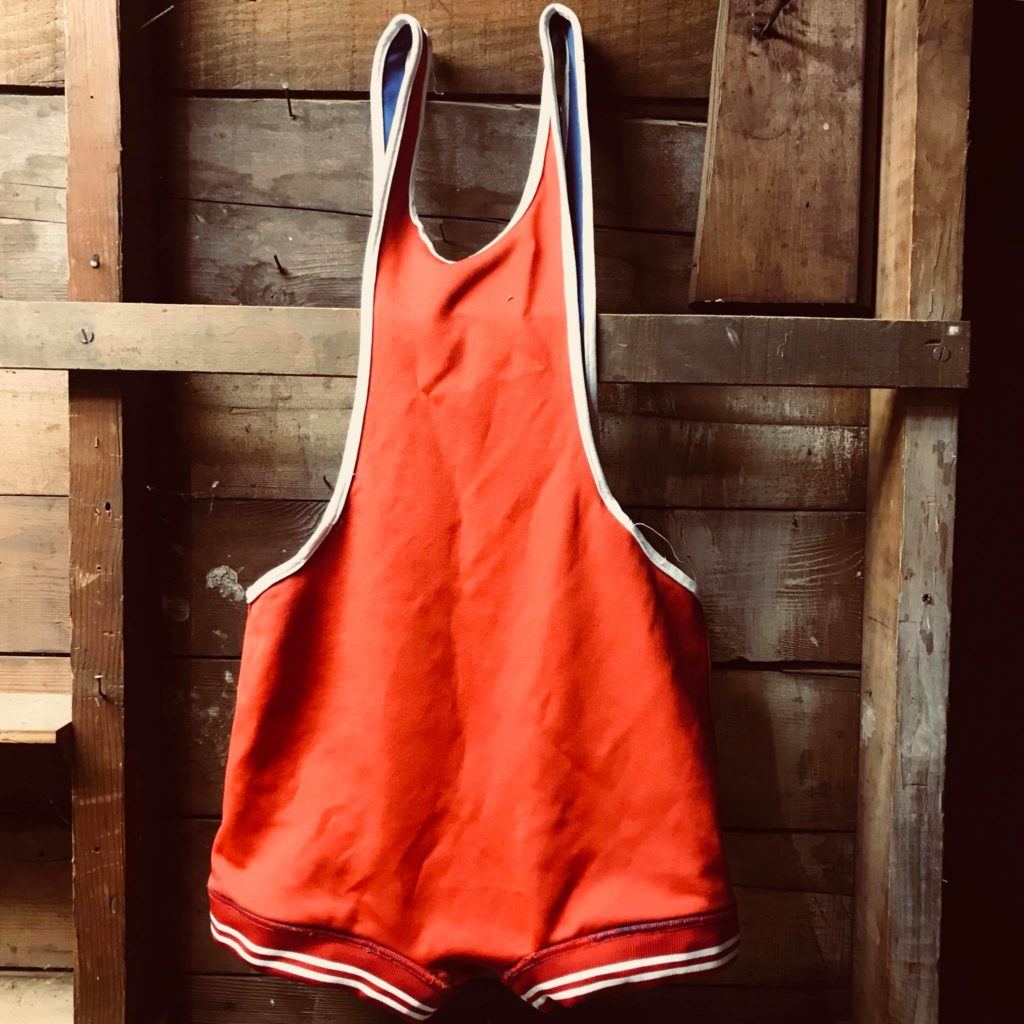 Where to stay for Potato Days

Camping is one of the most popular accommodation options for visitors traveling to Barnesville for Potato Days.

If camping isn’t your cup of tea, don’t worry – there are lots of great, affordable accommodation choices near downtown Barnesville to choose from.

Things to do in Barnesville

Barnesville is a small, charming town located right on the edge of the stunning Red River Valley. It’s surrounded by majestic terrain including rolling hills, tranquil lakes, and flat fields. There’s lots to explore if you love the outdoors.

Head over to Minneapolis after the festival, which together with St. Paul make up the famous Twin Cities. Minneapolis has the perfect juxtaposition of nature and city life, with lots to do no matter what you’re interested in. 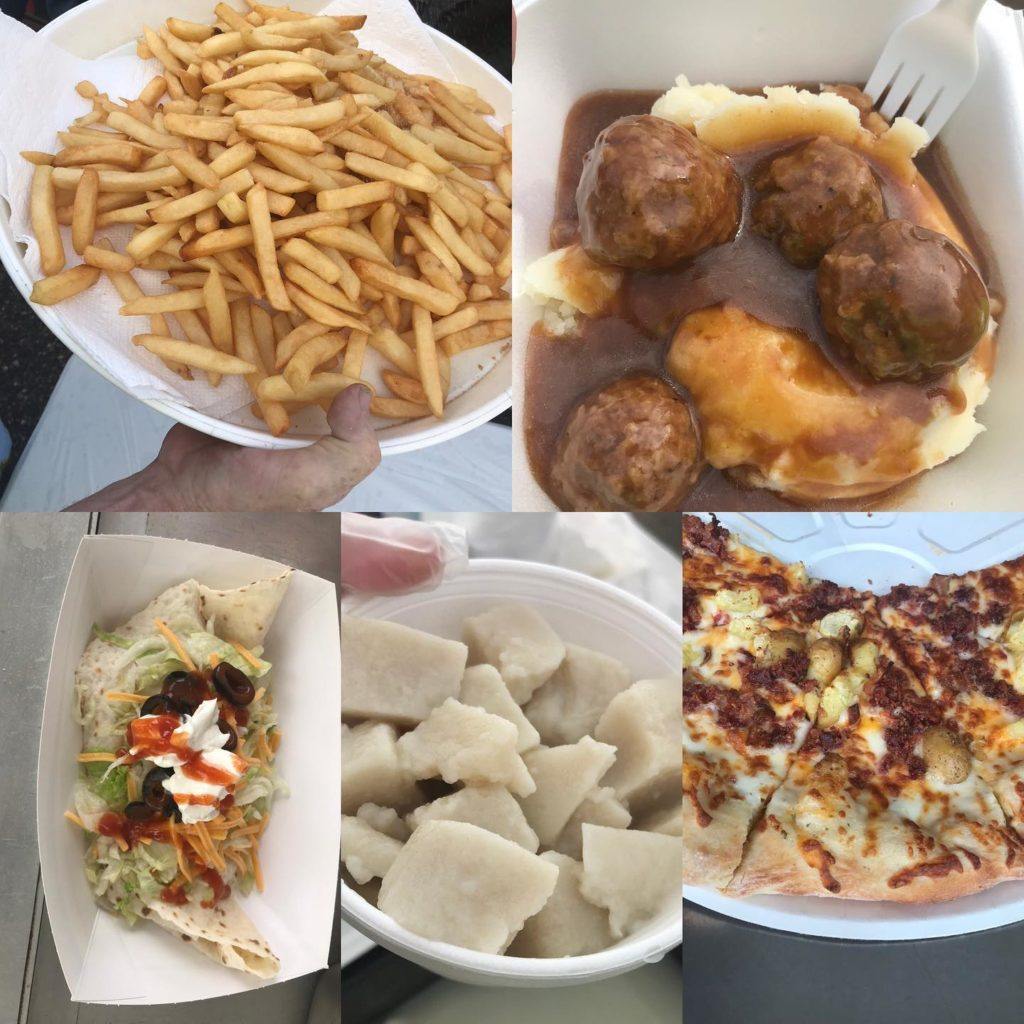 Do you want to know more about weird sports?

Sol Neelman attended the Potato Days in Barnesville for his book ‘Weird Sports’. What other weird sports exist around the world? Listen to Rad Season Founder Oli Russell-Cowan chatting to Sol, there are certainly some events you have not heard of yet…

Stay safe: Even the best-laid plans can head south. SafetyWing travel medical insurance can help you stay safe and cover you in unlikely situations as well as that epic road trip or on your next adventure. How to stay safe during Potato Days Festival 2023? If you’re not covered for your trip yet, get your quote here.

Rad Season is providing you with rentals and hotels at the lowest prices available online. Book your stay for Potato Days Festival 2023 using the map below!

Sign up for more news about Potato Days Festival 2023