Nathan’s Hot Dog Eating Contest 2023: Dog Eating’, Beer Drinkin’ Summer Fun in New York Every year on the famous fourth of July, 20 or so contestants gather on the corner of Surf and Stillwell Avenues in legendary Coney Island, New York. They are gathering in the name of Hot Dogs – Nathan’s Hot Dogs […]

Every year on the famous fourth of July, 20 or so contestants gather on the corner of Surf and Stillwell Avenues in legendary Coney Island, New York. They are gathering in the name of Hot Dogs – Nathan’s Hot Dogs to be exact. This annual international hot dog eating contest has gained notoriety in the past several years.

Contestants have ten minutes to see how many hot dogs (and buns) they can force down their gullets. In 2021 the reigning champion Joey Chestnut ate an impressive, yet disgusting 76 hot dogs breaking his own world record. The women’s world record holder is Sonya Thomas who has not been beaten since 2012 eating 45 hot dogs. The contest has been going strong since 1972 with rumors of the first contest actually being in 1916. Joey Chestnut is the undisputed champ yet again on 2022 with 63 hotdogs and buns.

‘Nothing says celebrating the birthday of the greatest country in the world than seeing a bunch of grown men partake in gluttony.  The Nathan’s Hot Dog Eating Contest has emerged as the premier “sporting” event of the 4th of July…’ 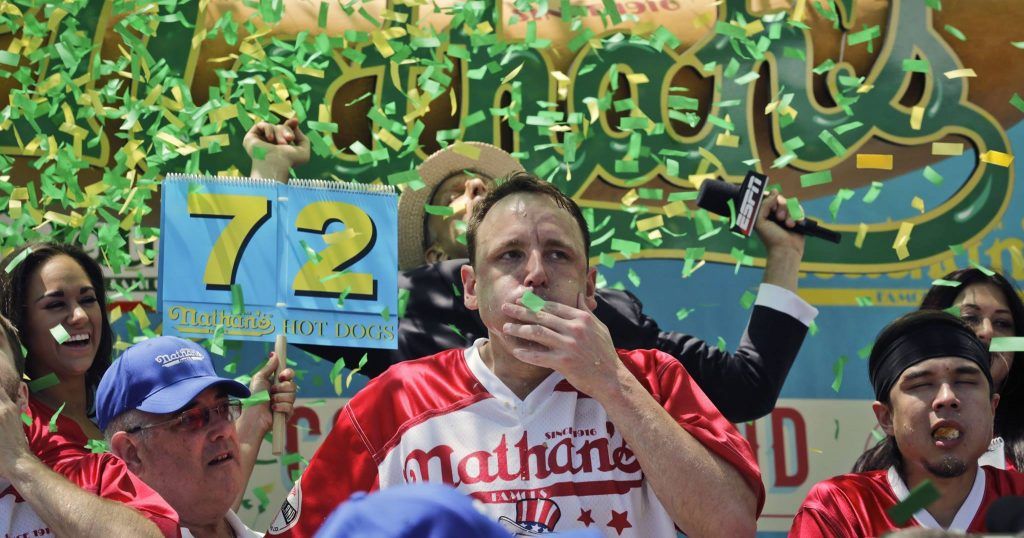 If not the most epic food eating contest, it is definitely the most popular one in the world. Don’t expect anything less than a legendary bout during a high-energy competitive eating battle on New York’s center stage. It’s nothing short of amazing how many people come to watch the contest.

Over 40,000 fans converge on Coney Island and an additional 1 million more watch it from their homes on Independence day. Be prepared to have your mind completely blown away on how much food can be consumed in just 10 minutes. The G.O.A.T. of hot dog eating contests can put away over 70 of them in less time than GIECO can save you money on car insurance.

It’s astounding, slightly disgusting but incredibly impressive. Throw on a foam Nathan’s hot dog hat and cheer him and his competitors on!

The event is free so you can imagine how packed it will get. The pre-show festivities and musical performances get started around 10 a.m. so if you want the best possible view of the contest you are going to want to get there early. If you get their late, you can always check out a local sports bar who will be showing it on ESPN. 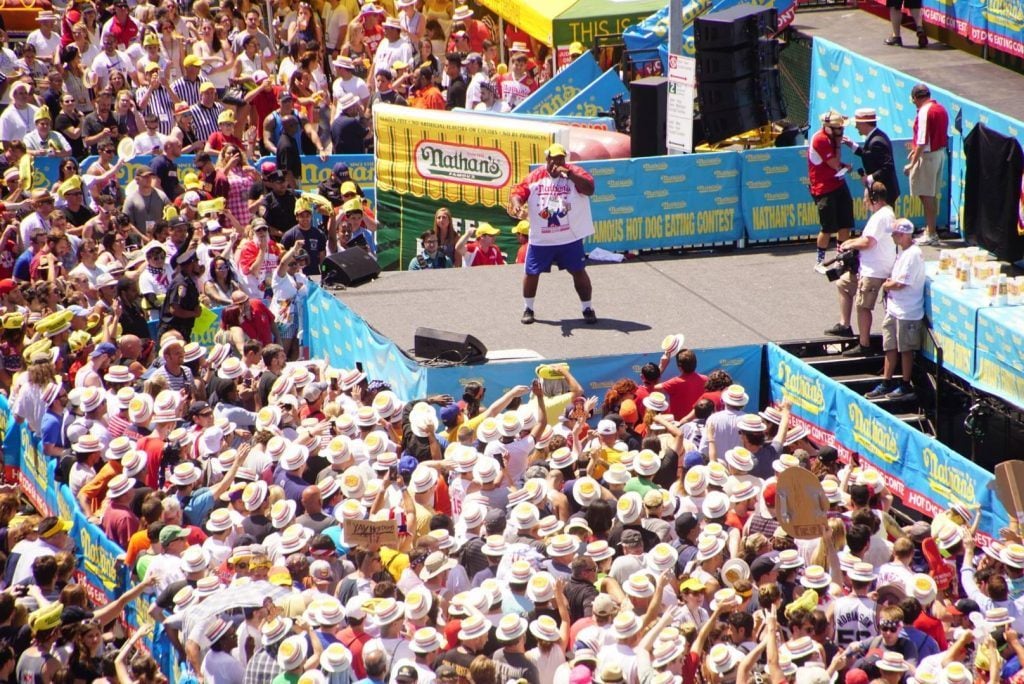 Beach attire! Plain and simple. You are probably going to jump in the water at some point so bring a suit and a towel. Comfortable shoes for walking is a plus but sandals work just fine as well.

July in New York can be one sweaty mess so pack accordingly. T-shirt and shorts is about the most you are going to want to wear. The days get super hot and humid so make sure to bring sunglasses and sunscreen. Hydrate as much as possible or bring a canister filled with water to get through the day.

No purchase necessary. Save that money and go buy some of Nathan’s Famous Dogs! 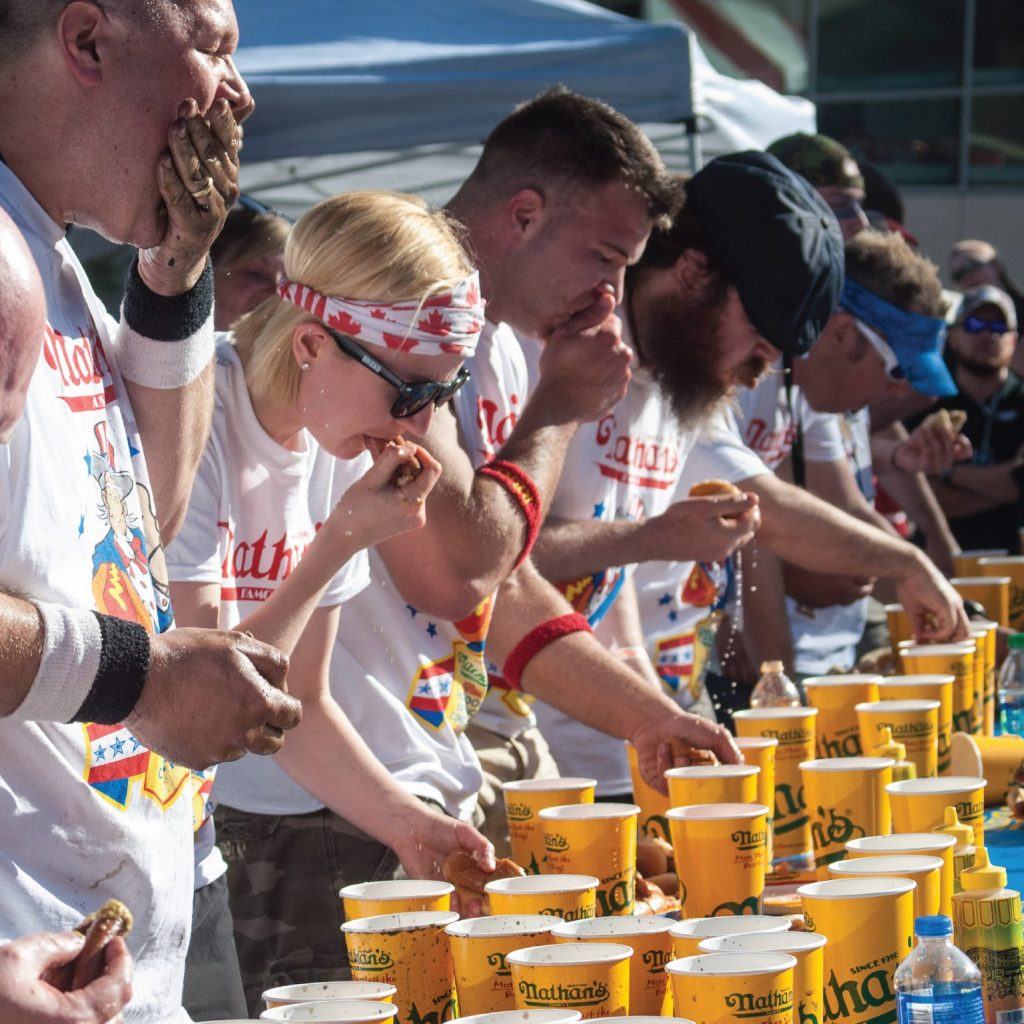 The contest takes place on July 4, 2023 on Surf and Stillwell Avenues in Coney Island. The event gets things going at 10:30 a.m. and lasts until around 3:30 p.m. Official start times will be released closer to the event date.

If you ever find yourself in a hot dog eating contest, here are your best tips to take the belt home:

Stand up and go easy on liquids

The event has been occurring every July Fourth since 1972 in Coney Island, New York. Legend has it that the first ever hot dog eating contest occurred in 1916 when two immigrants looked to settle who was the most patriotic. As the exact history is yet to be solidified the legend continued to grow, gaining worldwide attention.

By the early to mid-2000s the sport was primarily dominated by Japanese contestants, particularly Takeru Kobayashi, who won six contents in a row. Plenty of competitive entertainment has followed as contestants don flamboyant costumes and even get a public weigh-in with the mayor of New York City. The event gets complete coverage by ESPN with live announcers in a party atmosphere. 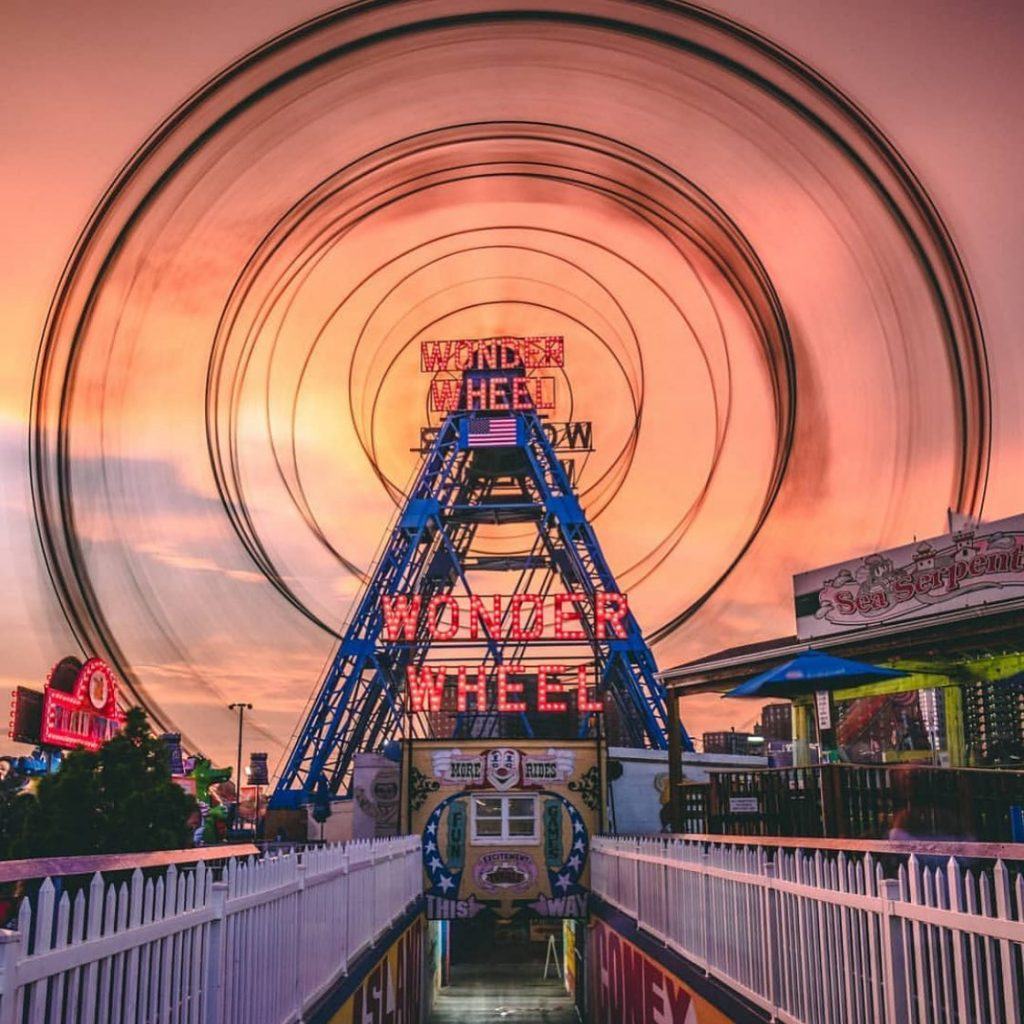 Things to do in Coney Island

Coney Island is known for many things and this contest may top them all. This legendary part of Brooklyn turns into the ultimate summer attraction. Be sure to check out Luna Park for a day filled with rollercoasters, carnival foods and games and plenty of ice cold refreshments.

Cruise around the beach on a bike rental or layout on the sand and get your tan on before hopping into the refreshing water. There’s also the massive New York Aquarium next to Luna Park with plenty of exhibits.

What to eat in Coney Island

If you are going to Nathan’s Hot Dog Eating Contest you better order up one of their classic frankfurters or else the trip is a bust. The main location is on the Coney Island Boardwalk but several pop-up stands can be found nearby.

If watching people stuff their faces with hot dogs all day makes you want to try something else, head a few train stops north into Gravesend for some of the best pizza New York has to offer. L&B Spumoni Gardens is an absolute must-have for any pizza lover. Be sure to order up their classic Sicilian-style slice for only $3.

Staying in the city? In NYC, you can eat with your hands in an Ethiopian restaurant, try a boat of bread stuffed with cheese and eggs at a Georgian place, or eat authentic Tibetan momos from delicious a food trunk in Jackson Heights, all in the same day if your stomach can take it. Read on to learn more about 8 hidden treasures in the Big Apple.

Thirsty? We’ve comprised a small cheat-sheet of bars that the average tourist needs to take a look at when traveling to New York. Looking for a view and more glamour? These rooftop bars may just be what you are looking for.

How to get to Coney Island

Flying in? John F. Kennedy International Airport (JFK) is just a 25 minute drive away via the Belt Parkway.

The most common and traditional way of getting to and from Coney Island is taking the subway. The D, F, N and Q train all run to the Stillwell Avenue stop which drops you right outside of the contest grounds.

There are several bus options and even an express bus that runs to and from the city. You can also take the train or obviously drive your own car. Once in Coney Island, the easiest way to get around – and the best way to see everything is by wandering around on foot. However, there are taxi and Uber available.

Where to stay in New York

New York in general gets expensive. If you want to stay right in Coney Island, expect to pay a bit of money because of the contest and it being a public holiday. There are mostly hotels and motels with jacked up prices for tourists.

You are better off and will have more options and more affordable prices and loads of choice of hotels in Brooklyn and just plan on taking the subway to Coney Island.

Head to the map here for the best hotel deals and apartments in New York City.

NYC is a walking city and that includes south Brooklyn as well. Once you get to Coney Island you won’t need much more than the clothes on your back and your two feet. Biking is a fun way to explore Brooklyn as well and the city provides rental bikes all over town.

Whatever you choose, there’s no need to look at a map. Just start walking around for the ultimate exploration of things to do.

Looking for more things to do in New York? Check out these creepy, oddly satisfying and oh-so entertaining Museums in NYC and the New York Film Festivals.

Rad Season is providing you with rentals and hotels at the lowest prices available online. Book your stay for Nathan’s Hot Dog Eating Contest 2023 using the map below!