Mothman Festival 2022: A Bizarre Festival For Believers Of The Legendary Mothman Sometime from November 12, 1966 to December 15, 1967, residents of Point Pleasant in West Virginia, USA encountered a man-sized winged… bird? Moth? No one was really sure of what they saw. Eventually, the press picked up the story of a big bird […]

Mothman Festival 2022: A Bizarre Festival For Believers Of The Legendary Mothman

Sometime from November 12, 1966 to December 15, 1967, residents of Point Pleasant in West Virginia, USA encountered a man-sized winged… bird? Moth? No one was really sure of what they saw.

Eventually, the press picked up the story of a big bird with glowing red eyes and human-like creatures flying around. The reports of West Virginia’s Mothman spread like wildfire around the United States. Even the collapse of the Silver Bridge might have been caused by the Mothman. 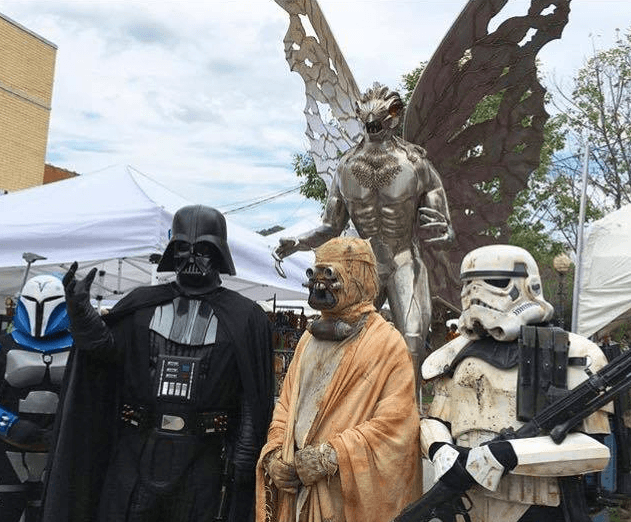 Whether you think it’s an urban legend or not, the Mothman Festival is an uncanny celebration of sorts that commemorates the famous cryptid, and all sorts of supernatural phenomenon. Aside from bizarre sightings of a costumed Mothman and tons of food and drink, professionals from the paranormal field will give interesting talks that will make you question your very own beliefs about the Mothman, UFO’s, Bigfoot, and more.

Where to watch the Mothman Festival

The festival happens at the heart of Main Street in Point Pleasant. After the first traffic light, you’ll see the festival right away on the left side up ahead. Just find hoards of people, and maybe even the Mothman! 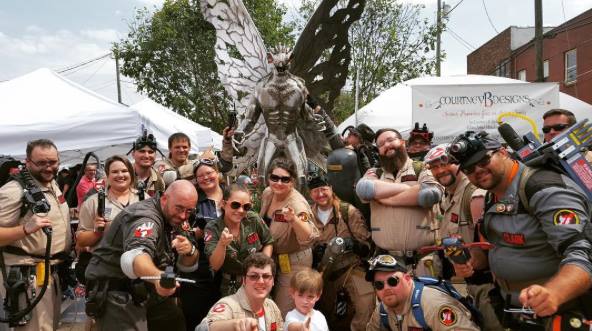 Test your courage at the TNT Guided Bus Tour, which takes guests to the world-famous TNT area where the Mothman sightings took place. You will also be taken inside the super eerie “igloos”; ammunition bunkers which once served as the highly confidential West Virginia Ordinance Works facility while tour guides share thrilling rare accounts from eyewitnesses that haven’t been heard anywhere else.

Travel back in time to November 15, 1966, the night that changed West Virginia forever.

The highlight of the festival is the World’s Only Mothman Museum, which has the biggest collection of Mothman memorabilia. The souvenir shop also sells a range of clothing, books, and other novelty items so that you can take home a piece of the cryptid with you…. If you’re brave enough.

Look out for celebrity sightings, live music performances, movie screenings, and a whole lot of fun. The event is family-friendly, so the kids will also have a ton of fun festival attractions to enjoy such as the Hillbilly Zip Line, games, face painting, and an obstacle course.

But don’t leave without taking a selfie with the Mothman Statue! 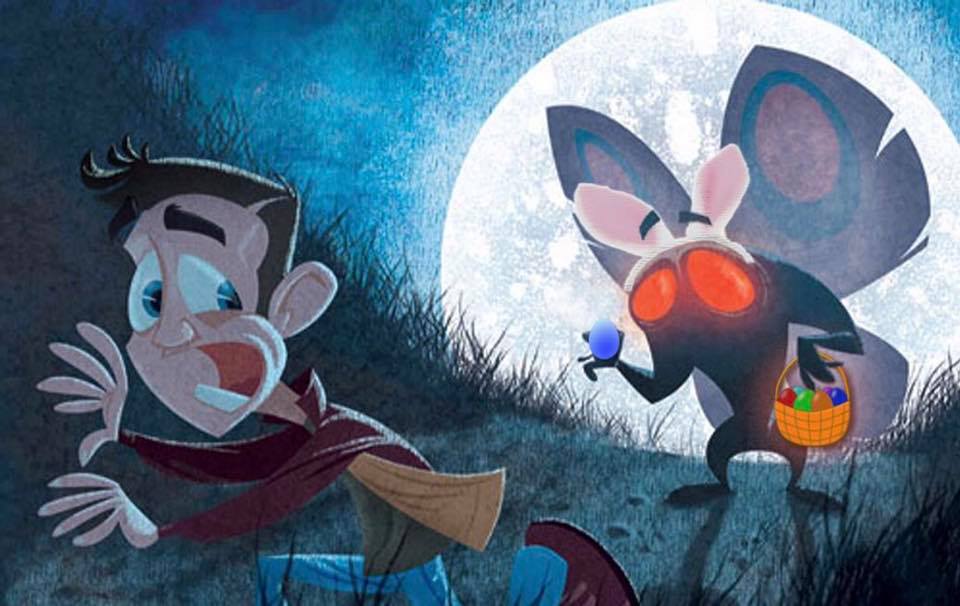 Things to do in Point Pleasant

Check out the Blenko Glass Company Studios and Gallery, which has been making exquisite hand-blow glass items since 1893. Take home a few of their beautiful glass products such as pitches, bottles, bowls, and more.

History buffs will have more than enough museums and historical attractions to explore in Point Pleasant. 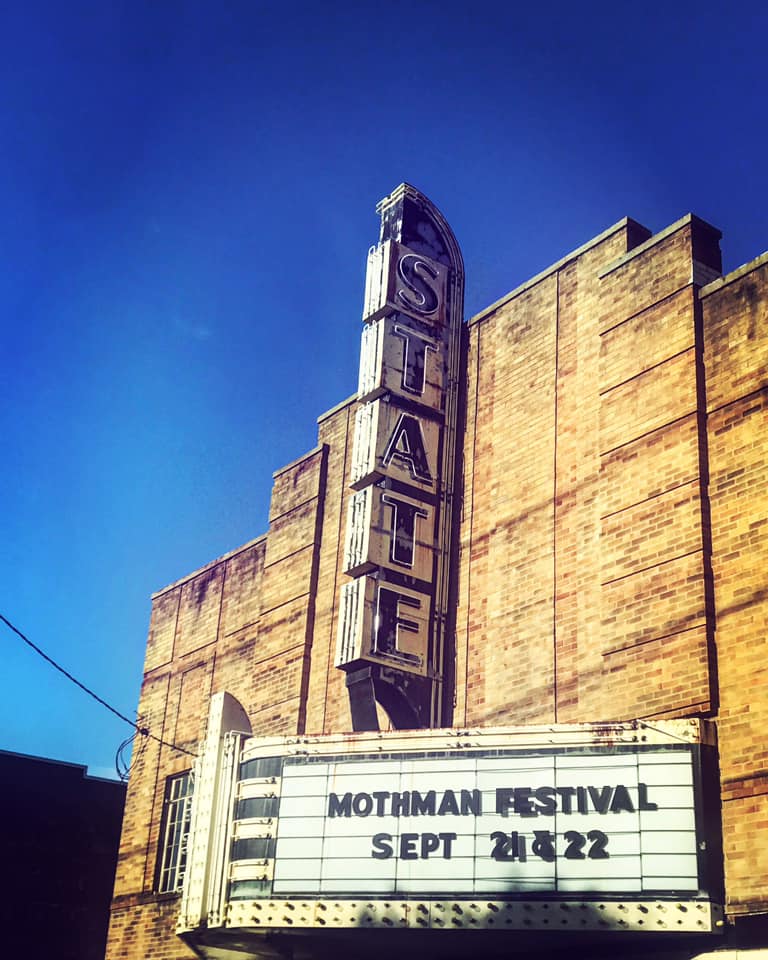 Where to stay in Point Pleasant

The hotels near the epicenter of the festival fill up very quickly, so it’s best that you book as early as possible. Hotels in Gallipolis, Ohio are the best choices because they’re just five minutes away. 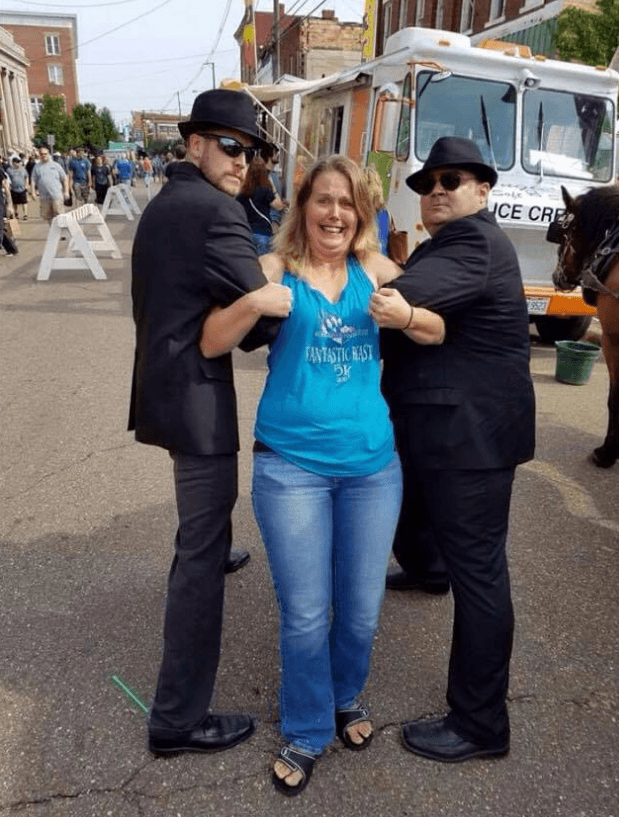 Point Pleasant is a small town that’s very charming. All the residents use their own vehicles to get around, so the best way to do so is by renting your own car.

There will be parking spaces available in the upper main street for the festival. However, keep in mind that the parking spaces are limited. The earlier you get there, the better your chances will be to find decent parking.

The Mothman Festival is held every third weekend of September, and best of all admission is free. Mothman 2022 will be on September 17-18, 2022.

There are some festival attractions and events that require a small fee, but generally, you don’t need to shell out cash to have fun at the event.

Stay safe: Even the best-laid plans can head south. SafetyWing travel medical insurance can help you stay safe and cover you in unlikely situations as well as that epic road trip or on your next adventure. How to stay safe during Mothman Festival 2022? If you’re not covered for your trip yet, get your quote here.

Rad Season is providing you with rentals and hotels at the lowest prices available online. Book your stay for Mothman Festival 2022 using the map below!