Boston Marathon 2023: The World’s Oldest Annual Marathon Inspired by the original Grecian marathon of the 1896 Olympic Games, the Boston Marathon began in 1897 and has been hosted annually in Massachusetts ever since – although it’s fair to say the event is now a little bigger than the original 15 runners! 2022 marks the […]

Rentals and Hotels Book Room
Experiences Book Now
Last updated on May 10, 2022
Sign up for more news about Boston Marathon 2023

Inspired by the original Grecian marathon of the 1896 Olympic Games, the Boston Marathon began in 1897 and has been hosted annually in Massachusetts ever since – although it’s fair to say the event is now a little bigger than the original 15 runners! 2022 marks the 127th Anniversary of the worlds oldest annual marathon.

Despite now being the sixth-largest marathon in the world, the Boston Marathon is still very prestigious and is one of the destinations to take part in the World Marathon Majors. Athletes compete in six marathon courses around the world as part of the Majors with $250,000 up for grabs for each of the leading male and female competitors.

The weather and terrain of the Boston Marathon can be somewhat challenging but this, along with the history of the course, is one of the reasons that runners love to take part in this race. The support here is also pretty epic.

‘Boston is known for having a famous ‘Scream Tunnel’, a section of the route lined by students who holler, scream, cheer and even kiss runners as they pass through the tunnel.’ 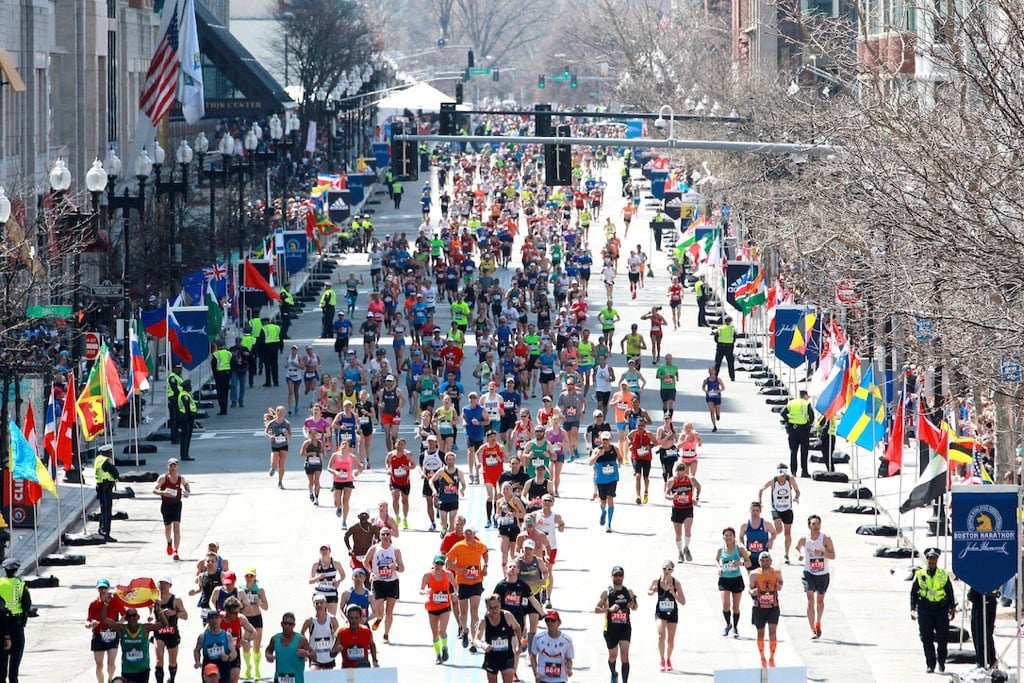 The Red Sox baseball team also play a match that coincides with the marathon each year which finishes in time for spectators to head out and support the runners as they cross the finish line.

Although the Boston Marathon has tragic connotations since the devastating bombing of 2013, the organizers, competitors and spectators have continued to support the marathon and a whopping $36.6 million was raised for charity by the 2018 race.

Where to view Boston Marathon

The Boston Marathon begins in Hopkinton and continues along Route 135, down Route 16 along Commonwealth before finishing in Copley Square, Boston. Kenmore Square stands at mile 25 on the route so is a fantastic spot to watch the race as you cheer for the runners to grit their teeth and give it their all for the final mile.

Heartbreak Hill is one of the toughest sections of the course where runners have to endure a 600m incline after having already run 20 miles! Not only this but it is the fourth uphill battle in the Newton Hills part of the race – killer! Be prepared for some forlorn faces if you choose to watch the marathon from here. 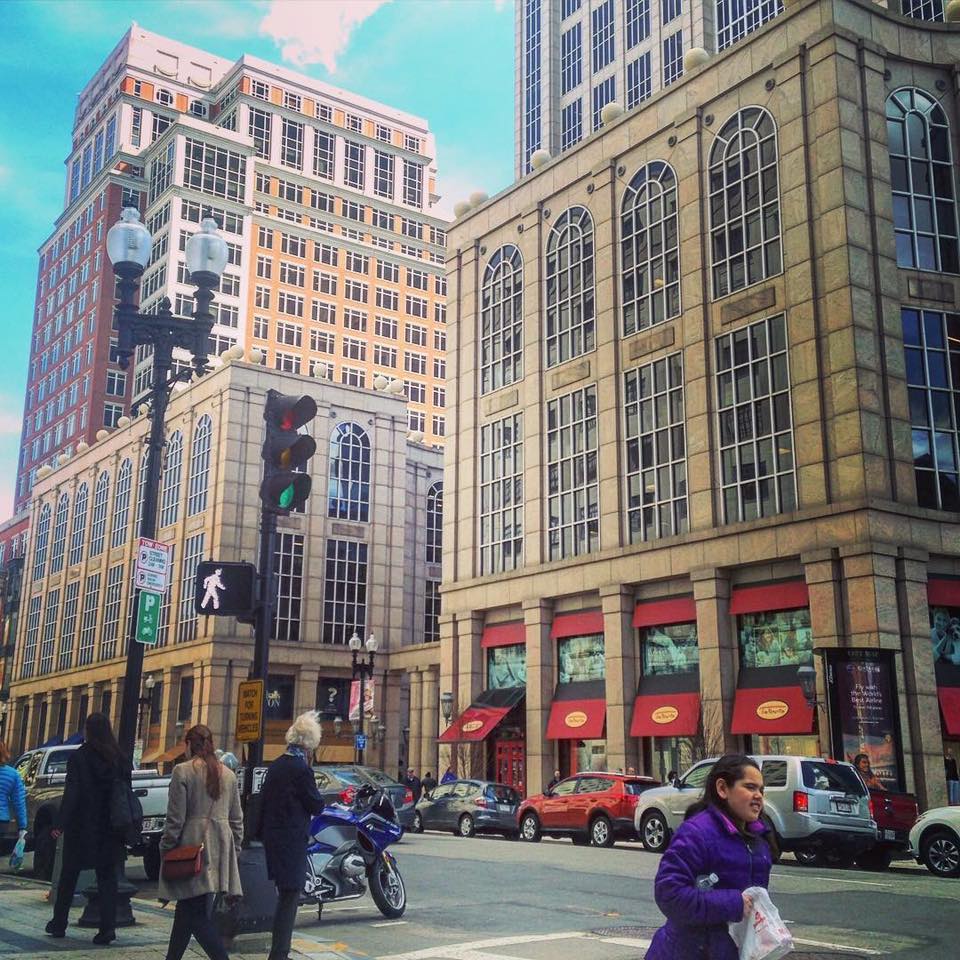 How to get around Boston

As the Boston Marathon takes place on Patriot’s Day (a city holiday) the region can be a little chaotic. Therefore, it’s a good idea to plan your journeys beforehand. The Boston Marathon has a mobile app so you can track certain runners and plan your spectator spot accordingly.

The course map highlights subway stops, best viewing locations and facilities alike so you should be able to find all the information you need to plan your day.

Boston’s public transport system is known as the T so if you ask locals they’ll be able to point you in the direction of the closest bus, subway or even ferry stop.

Where to stay in Boston

As you would expect rooms fill up fast for the Boston Marathon so it is highly recommended you get your accommodation sorted as soon as you know you’ll be going to the event. Hotels hike up their prices too so it’s worth getting in there quick or booking one of the many apartments that pop up just for the event.

Staying near Boston Common is a decent option as it means you are well placed for viewing both the marathon and the sights and attractions once the race is over. 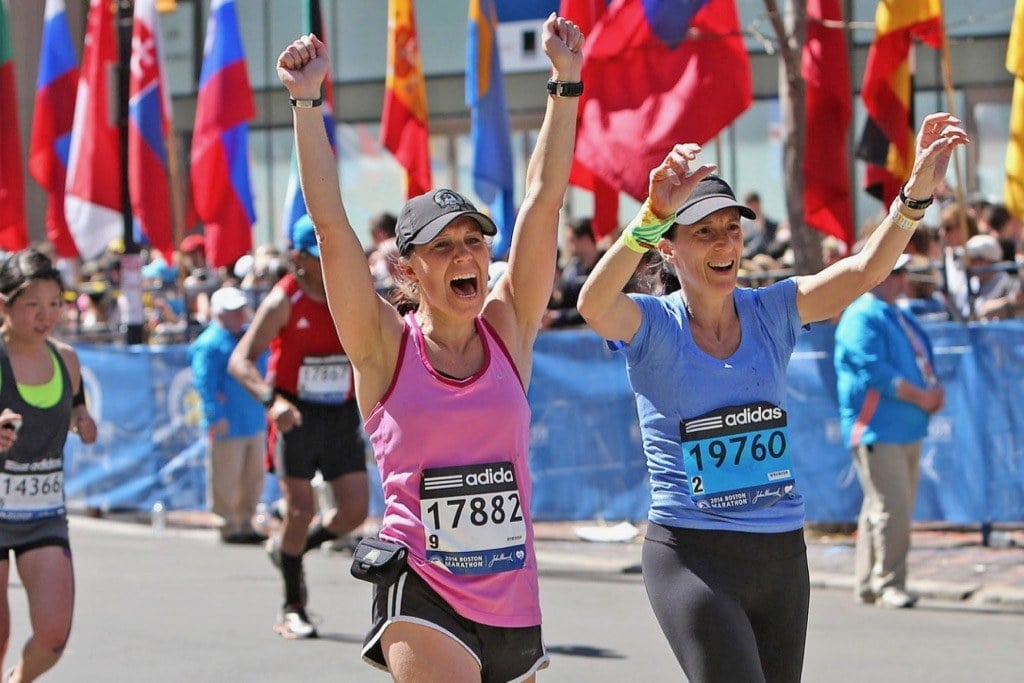 Things to do in Boston

Thanks to the Boston Marathon combining with Patriot’s Day to create a long weekend, there is a real buzz around the city for this event each year.

Whether you go to see the Red Sox, wander around the gorgeous public gardens, enjoy a Samuel Adams beer (brewed locally) or explore Boston Harbour there is most definitely something to keep you occupied!

If you’ve run the marathon it’s unlikely you’ll want to do much roaming around the city but luckily Boston’s got your back as there are tons of bars, restaurants and cafes where you can graze your way through the day.

Do you want to know more about running marathons and ultras?

Edward Chapman, the Trailrunningman has completed over 200 marathons and ultra-marathons. His biggest achievement is completing the Kalahari Augrabies Extreme Marathon, a 250km desert race 12 times! Rad Season Founder Oli Russell-Cowan chats to him about some of his best stories and his love for trail running, his training and nutrition. Boston Marathon was his second marathon when he started running at 40.

Rad Season is providing you with rentals and hotels at the lowest prices available online. Book your stay for Boston Marathon 2023 using the map below!