Boston Calling 2023: Massachusetts Music Festival Boston Calling is a three-day music festival held in the Harvard Athletic Complex in Allston Massachusetts. With more stages, performers and shows being held than ever before the 2023 festival is set to be big! The top-notch line-up, curated by The National’s Aaron Dessner, brings an eclectic mix of […]


Boston Calling is a three-day music festival held in the Harvard Athletic Complex in Allston Massachusetts. With more stages, performers and shows being held than ever before the 2023 festival is set to be big!

The top-notch line-up, curated by The National’s Aaron Dessner, brings an eclectic mix of hip-hop, pop, rock and easy listening to suit all kinds of festivalgoers. The festival is also a family-friendly festival (with kids under 10 going free) so there is a fun, welcoming vibe which is great for festival novices. 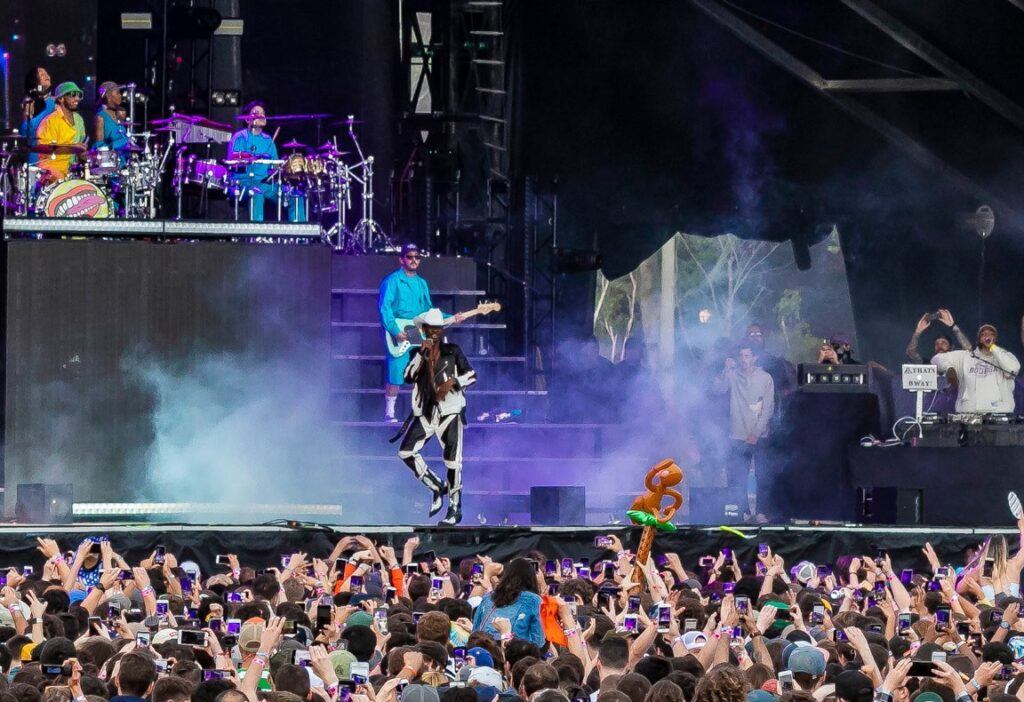 The festival features three main music stages, as well as a comedy/entertainment tent so there is always something to entertain and inspire. The headline acts are even scheduled at times that do not clash with any other performers so you can see the world-class artists without any headaches over deciding who to watch.

‘Previously a two-day festival held twice a year, Boston Calling – now an annual extravaganza – is set to be bigger and better than ever.’

The festival is a celebration of The Arts the schedule includes wide range of shows in addition to music, these include poetry readings, podcast teams and even political commentary.

Where is Boston Calling

The annual festival is held at the Harvard Athletic Complex in Allston Massachusetts. The festival boasts three main stages and one arena and you can use the map and the line-up schedule to plan your event. There are a number of food and beverage vendors en route between stages.

The Ferris Wheel is usually placed next to one of the main stages so this can be a unique spot to watch/listen to some of your favourite acts! 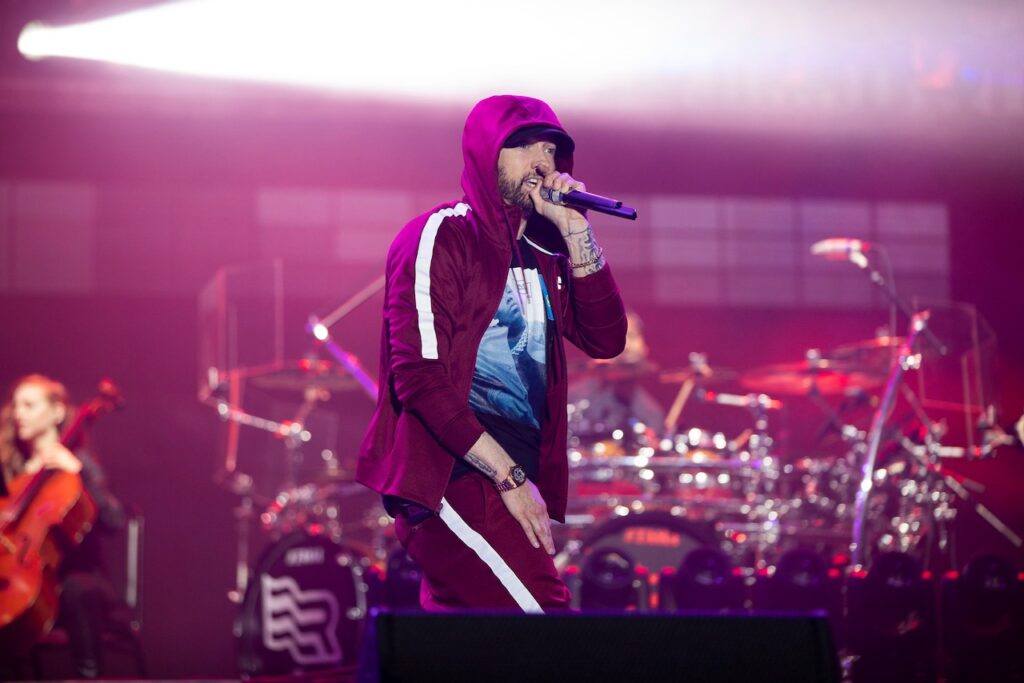 How to get around Boston

It is highly recommended to take public transport to/from Boston Calling (even more so now the parking and taxi drop-off zones have been restricted).

The main entrance to the event is located at 65 N. Harvard St. Although this is around a 10-15 minute-walk from the closest public transport stops these are still likely to be the best option. Either take the T (Red Line) to Harvard Square Station or the Worcester Line (Commuter Rail) to Boston Landing Station. There will be police and stewards along the route who will be able to assist with directions.

Taking the bus or cycling to the event are other options.

Gates open from 2.30pm on Friday and 12pm on Saturday and Sunday.

Where to stay in Boston

Boston Calling is easy accessed by public transport (as explained above) so guests can stay anywhere within the city of Boston or surrounding suburbs. Cambridge, near Harvard University is a well-located suburb for Boston Calling (just 30 minutes via public transport). Alternatively, South Station in the heart of Boston is just 15 minutes away via the Worcester Line.

Take a look at the map below to find hotels and apartments that are conveniently located to the venue. 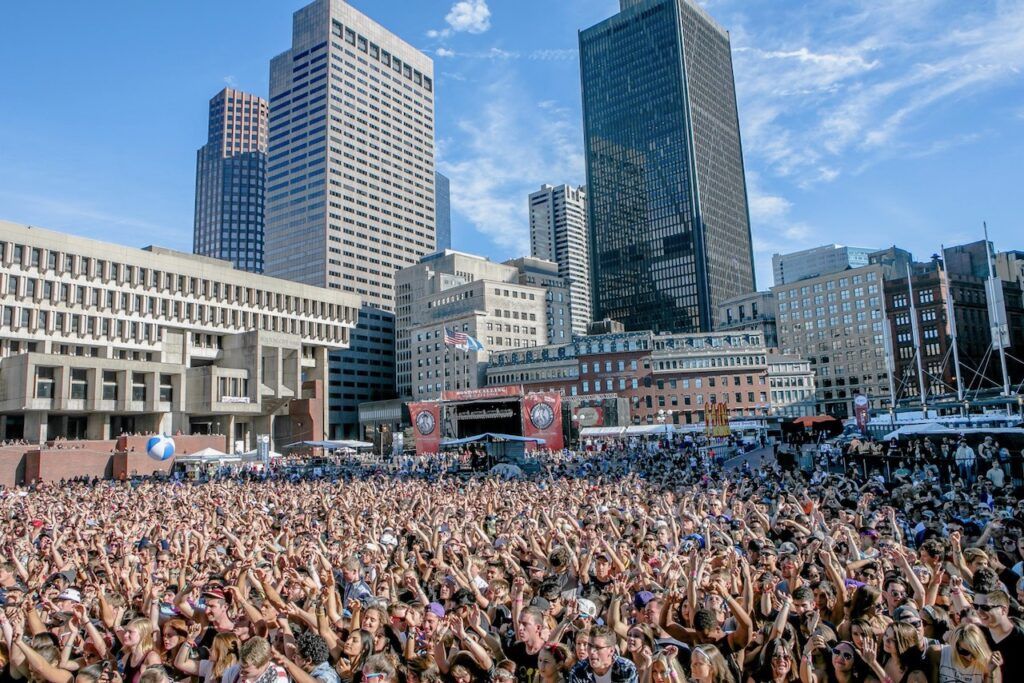 Things to do at Boston Calling

Your afternoons and evenings at the festival will be jam-packed with musical performances held over three stages, comedy gigs in the entertainment arena and rides on the Ferris Wheel.

When not enjoying the stage performances, dine on locally-produced street food, drink some Boston-brewed Samuel Adams or watch magicians, actors and other entertainers as they pass through the festival. 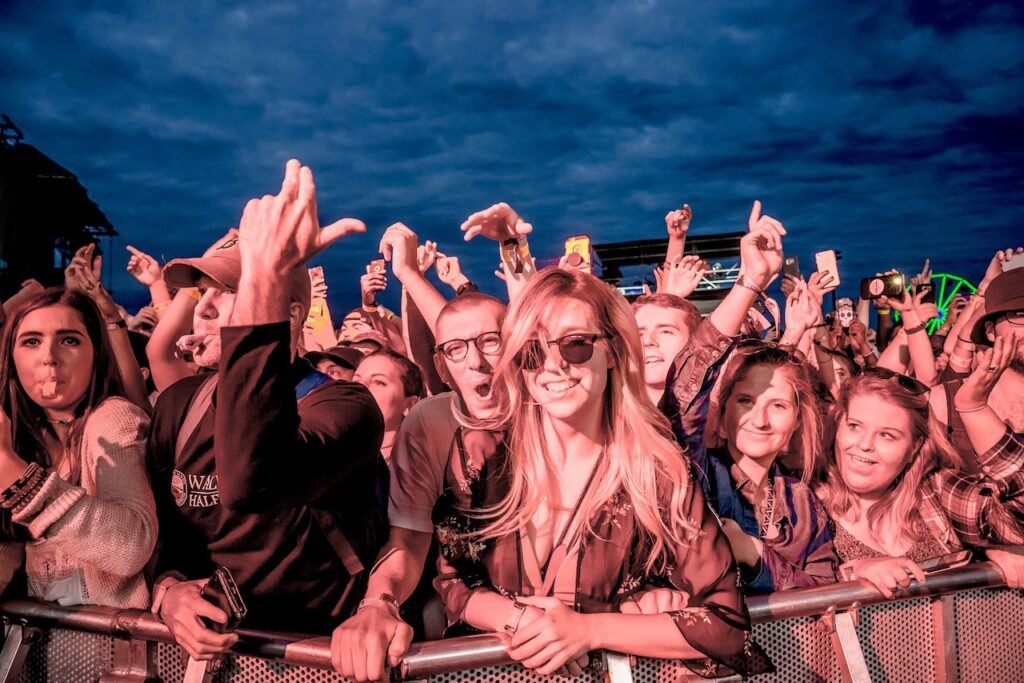 The next Boston Calling will take place in Boston, Massachusetts on May 26-28, 2023.

Stay safe: Even the best-laid plans can head south. SafetyWing travel medical insurance can help you stay safe and cover you in unlikely situations as well as that epic road trip or on your next adventure. How to stay safe during Boston Calling Music Festival 2023? If you’re not covered for your trip yet, get your quote here.

Rad Season is providing you with rentals and hotels at the lowest prices available online. Book your stay for Boston Calling Music Festival 2023 using the map below!

Sign up for more news about Boston Calling Music Festival 2023