Beirut Marathon 2022: Lebanon’s Biggest Sporting Event The Beirut Marathon is Lebanon’s most exciting sporting event. What started out in October 2003 as the brainchild of a runner’s dream to create an international running event is now joined by 105 countries and over 47,000 runners, making it one of the biggest running events in the […]

The Beirut Marathon is Lebanon’s most exciting sporting event. What started out in October 2003 as the brainchild of a runner’s dream to create an international running event is now joined by 105 countries and over 47,000 runners, making it one of the biggest running events in the entire region.

May El Khalil is the inspiring woman behind the Beirut Marathon. She survived an almost fatal accident during a run, and from her hospital bed she realized she wanted to bring the running culture to her country.

Determination and resolve helped her actualize her dream, and she has now created one of the most widely anticipated runs in the world. 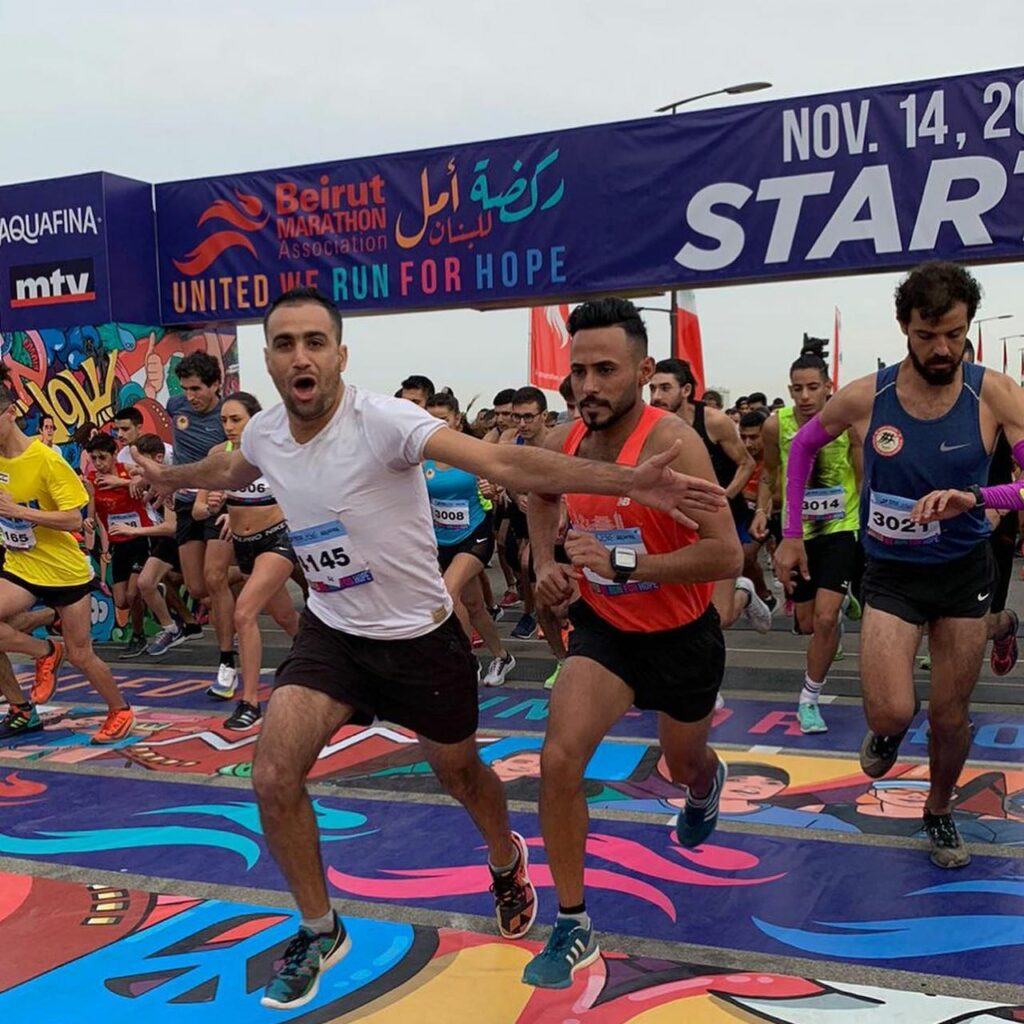 Aside from a full marathon, the Beirut Marathon also features a 5K Run for a Cause the day before the Marathon, 8km  run, a half marathon as well as a para-athletes half marathon. The course takes runners on an amazing journey through Beirut, past ancient relics, medieval mosques, and modern architecture all at once; highlighting the city’s rich and colorful history. The highlight of the run is passing through the legendary Green Line, which separates Beirut from the rest of the east.

‘Watch thousands of runners from all around the world compete a race around the astonishing city of Lebanon’.

The Beirut Marathon is not only exciting and entertaining, but its main purpose is to showcase unity by bringing together different religions, countries, and political affiliations to the same course and the same finish line. Join thousands of spectators dressed in colorful scarves and hats, and cheer for your favorite runner or country!

Whether you choose to join the marathon or watch it, the adrenaline will definitely be surging through your veins!

Where to view Beirut Marathon

The Beirut Marathon begins in Wafic Sinno Street, winding through the shoreline in Beirut’s western area past majestic rock formations. The runners then course through the Ras Beirut district followed by the American University of Beirut which has its own incredible private beach and a vibrant ecosystem featuring a bird sanctuary and picturesque trees.

The runners will then pass the Hippodrome, the Beirut River, the Baouchriye neighborhood, trail through the northeastern area of Beirut then the Borj Hammoud district, and back into the old area of the city.

How to get around Beirut

Beirut is a large city divided into several districts. The most efficient way to get around is by bus or minibus, which connects various destinations in and out of the city. Regular taxis, known as service, also operate as shared taxis; if you opt for this transport method let them know the specific district you want to get to. Ride sharing apps such as Uber are also popular in Beirut.

If you don’t mind walking, getting around on foot is also pretty easy in Beirut. It also gives you a chance to encounter unexpected attractions that may surprise you.

Where to stay for Beirut Marathon

For the best accommodations to view the Beirut Marathon, book a hotel near or in the city center. Staying in close proximity to the starting location and finish line of the marathon will always be a good idea. 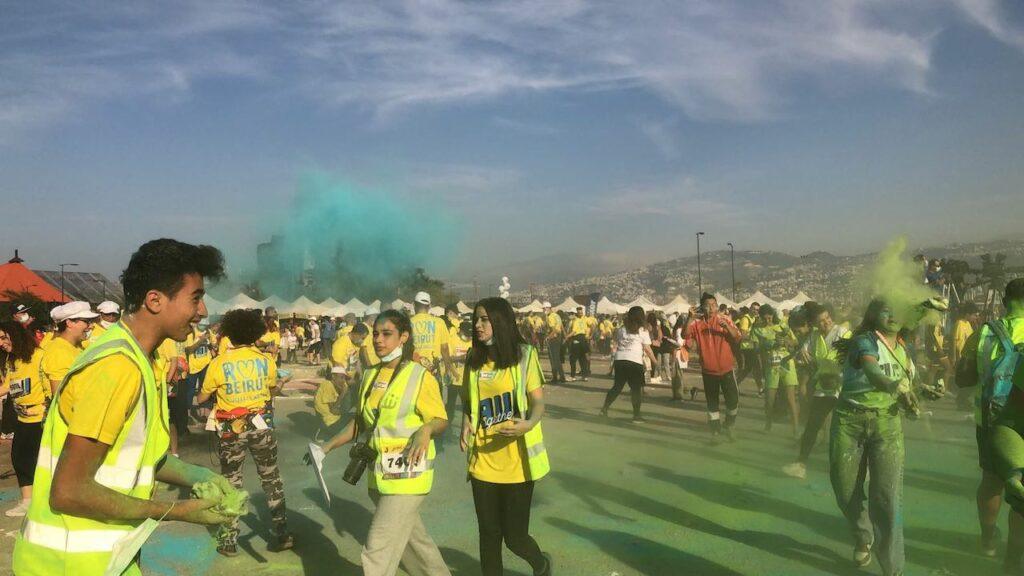 Things to do in Beirut

Beirut has the perfect dichotomy of old and new. There’s tons of ancient sites to discover especially in the Old City and the Roman temple in Baalbek. Beirut is also known for its vibrant nightlife; don’t miss the legendary B018 club located in Karantina, an old detention center that is now one of the most happening watering holes in the city.

Shop at the Beirut souks found downtown in an over 5,000 year old shopping center. The Souk Al Ahad is also a terrific flea market to shop in every Sunday. Munch on mezze platters, then down some cocktails at Mar Mikhael and Gemmayzeh.

Plan ahead: Book your perfect trip with our Lebanon travel guide and destination information. Does Lebanon require a visa? Check the visa requirements before you get caught up during your travel.

Stay safe: Even the best-laid plans can head south. SafetyWing travel medical insurance can help you stay safe and cover you in unlikely situations as well as that epic road trip or on your next adventure. How to stay safe during Beirut Marathon 2022? If you’re not covered for your trip yet, get your quote here.

Spend money wisely: Take public transport and dine in from time to time are common saving tips during traveling. How to spend money wisely in Lebanon? Make use of technology. There’s an app for everything.

Rad Season is providing you with rentals and hotels at the lowest prices available online. Book your stay for Beirut Marathon 2022 using the map below!