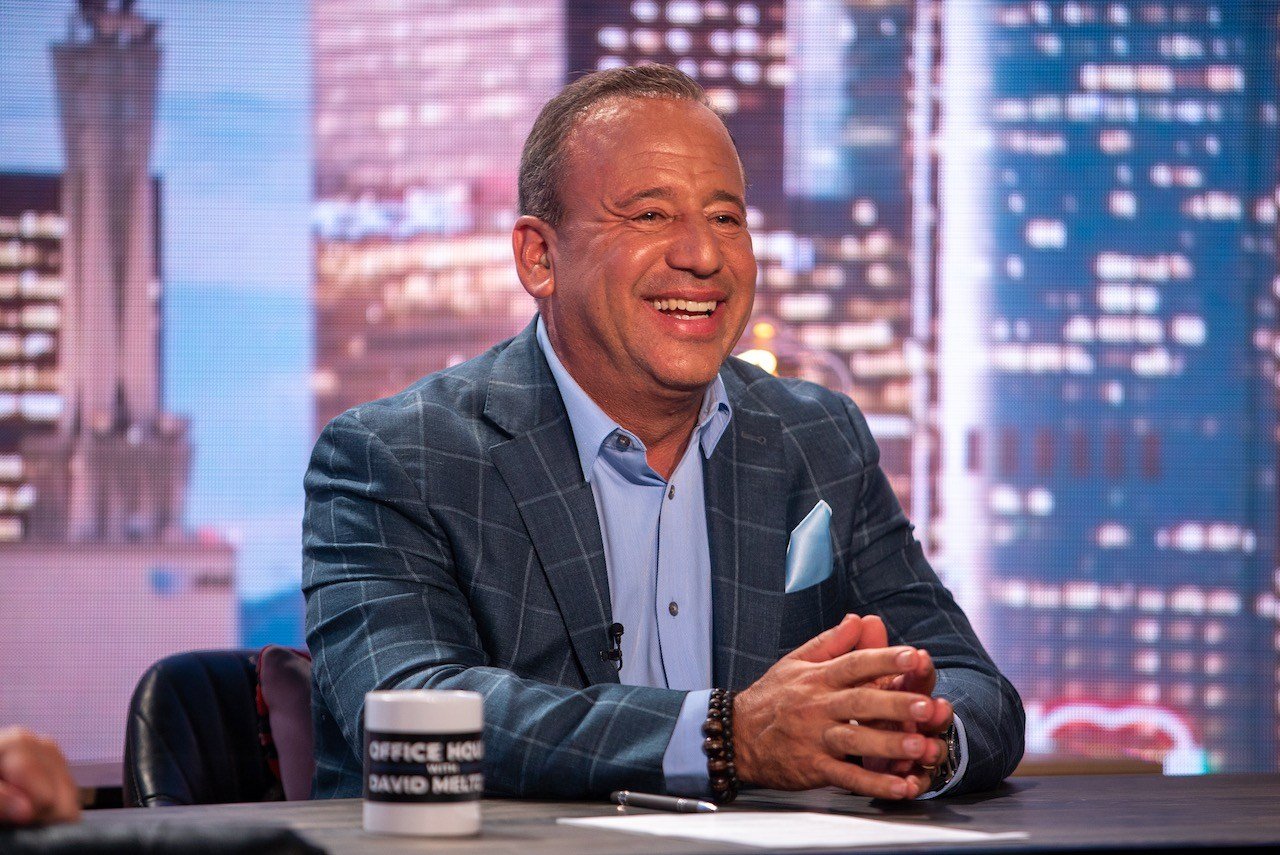 David will discuss how he started off his entrepreneurial journey after graduating from Law School. With the aim of making money he got a job in sales selling legal research on the internet in 1992. He then went on to Silicon Valley and ran Samsung’s first phone convergence device division and became a multimillionaire by the time he was 30.

David will talk about how he got approached to be the CEO of Leigh Steinberg’s agency and how he later met Warren Moon the Hall of Fame quarterback. Together for the last 13 years they created a global sports marketing company called Sports 1 Marketing that brings all the biggest celebrities, athletes, entertainers, billionaires, millionaires and entrepreneurs to the biggest sporting and entertainment events to help a lot of people raise a lot of money, make a lot of money and have a lot of fun.

The Birth of the Internet

Oli Russell-Cowan: What did you do after college, did you go into law?

David Meltzer: Because I want to be rich, I purposely went to a law school that had the top maritime law programme, which was oil and gas litigation, so working for big oil companies because you make big money.

I also wanted to make a lot of money so I kept my options open, and I ended up getting a sales job offer for $250,000 a year at comp, selling legal research on the internet in 1992.

Nine months out of law school, I was a millionaire. Three years after that. We sold the company for 3.4 billion with a B in 1995. There wasn’t a lot of billion dollar companies. I then went up to the Silicon Valley, found my superpower of raising money in technology. I was in the middleware space as a director and then by the time I was 30, I was a multimillionaire. Running Samsung’s first phone division convergence device division, which later became smartphones. It was a Microsoft Windows device, Windows CE device.

That’s what attracted Leigh Steinberg, the most notable sports agent to hire me as CEO, which is where I met Warren Moon the Hall of Fame quarterback. The last 13 years I spun off of a global sports marketing company that brings all the biggest celebrities, athletes, entertainers, billionaires, millionaires and entrepreneurs to the biggest sporting and entertainment events to help a lot of people we raise a lot of money make a lot of money and have a lot of fun.

Oli Russell-Cowan: Was sales something you were keen on even as a kid, were you hustling back then?

David Meltzer: Yeah, all the time I was trying to make money however I could. I actually Christmas carolled at one time and my strategy was I had such a bad voice that people would give me money to leave.

I thought of every single way to make money that I could flipping anything I could selling candy you know, I don’t want to get too deep into my desperation in my young years. Let’s just say I can not only sell but I oversold back end sold lied and manipulated and cheated as well in order to make money. 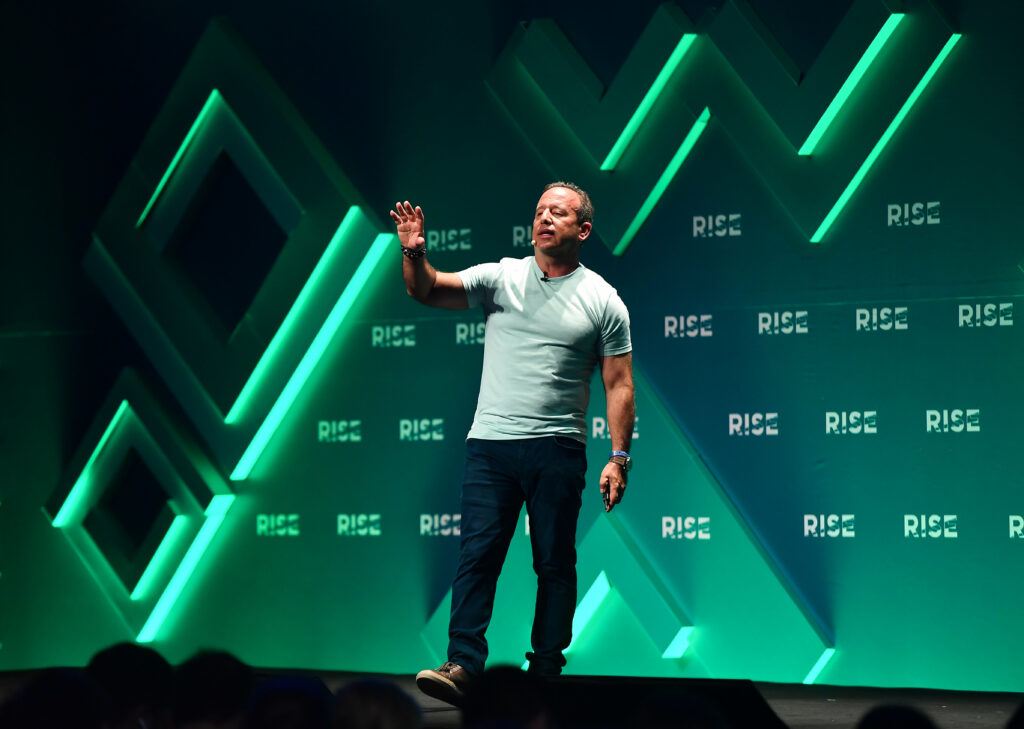 facebooktwitterpinterest 9 July 2019; David Meltzer, CEO, Sports 1 Marketing, on PandaConf + creatiff Stage during day one of RISE 2019 at the Hong Kong Convention and Exhibition Centre in Hong Kong. Photo by Seb Daly/RISE via Sportsfile

Oli Russell-Cowan: When you got the opportunity to join Steinberg was that your first introduction into working in sports marketing? you played football right and obviously had a passion for it.

David Meltzer: I had a passion for sports, but here’s what I teach people because sports to me was always a backdrop. So it wasn’t a business.

I travelled and went to every major league stadium for baseball before I went to law school and I really got a feel for what made money in sports. Remember, I’m ‘money money’. So the money of sports is what I love beyond just playing, but I knew the money in sports was different in playing.

So why and how I teach people to get involved in sports is through skills, knowledge and desire.

I really tried to develop and be the best at what I could skills wise, knowledge wise, not just what I needed to know, but who I needed to know. And then to have the desire.

As you know I have top shows and top podcast and I surrounded myself with billionaires, millionaires, entrepreneurs, celebrities, athletes and entertainers, the biggest in the world. My new show has Cameron Diaz,  Sadhguru and Tilman Fertitta, Apollo Ono, everybody’s on it. 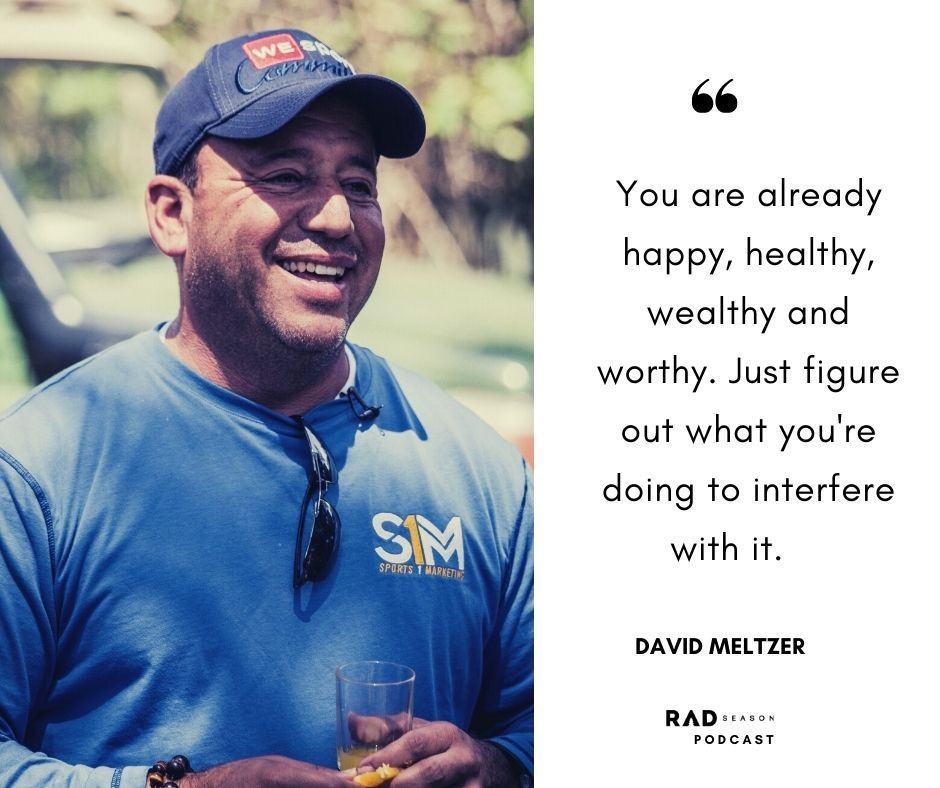 What I found out the common denominator of all those people wasn’t their skills and their knowledge. It was their desire, they all must be what they can be. So understanding that what allowed me to get hired by Steinberg, and why 48 hours after meeting me he offered me the job for two reasons.

One, I had been a customer. So as a customer, I had always paid for appearances, speaking engagements, licences, signings, speeches.

Oli: When you were at Samsung?

David Meltzer: When I was at Samsung right. So I was a big customer, we sponsored World Cup, so I knew that side of it.

I had a law degree. So I had certain knowledge from my law degree. But I also had a technology background. And Lee was a visionary. He saw the future of sports, so intertwined with technology that he could not find someone that had a law degree, sports business experience, either as a customer or a salesperson, and understood technology. So he always said it was a blessing that he met me I was the perfect combination. Kind of like a five tool baseball player like Mike Trout, I was a Mike Trout sports executives as far as Leigh Steinberg was concerned.

Oli Russell-Cowan: How was it working there? That was in your late 20’s early 30’s, right.

David Meltzer:
early 30s. For me, it was learning that business. I romanticise being the head of the most notable sports agency in the world. For goodness sake, they made the movie Jerry Maguire about my firm, there was nobody more notable than Leigh Steinberg in our firm.

I learned it was not what I wanted to do. I want to do what Warren wanted to do, which was make a lot of money, help a lot of people and have a lot of fun. 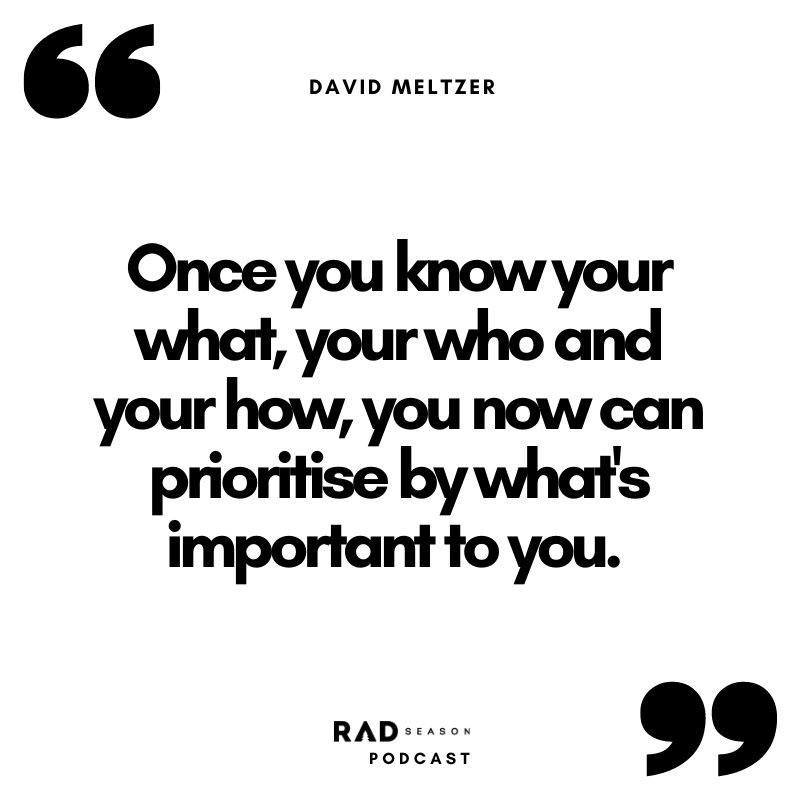 I didn’t care about celebrity, I cared about being a celebrant, I wanted the capabilities, celebrating people, or raising money for charity of elevating people. And it was much more easy to do in marketing than it was in representation, which was more legal in nature. It was more labour law intensive, antitrust intentive. Really not a lot of fun. Even though the movie made it seem very romantic and fun.

Sports marketing is romantic and fun. You get to bring the richest people to the best places on earth, raise money for charity, and make money for yourself and have a great time, all in one. I can’t think of a better job.

Rad Season is providing you with rentals and hotels at the lowest prices available online. Book your stay near Irvine, California using the map below!