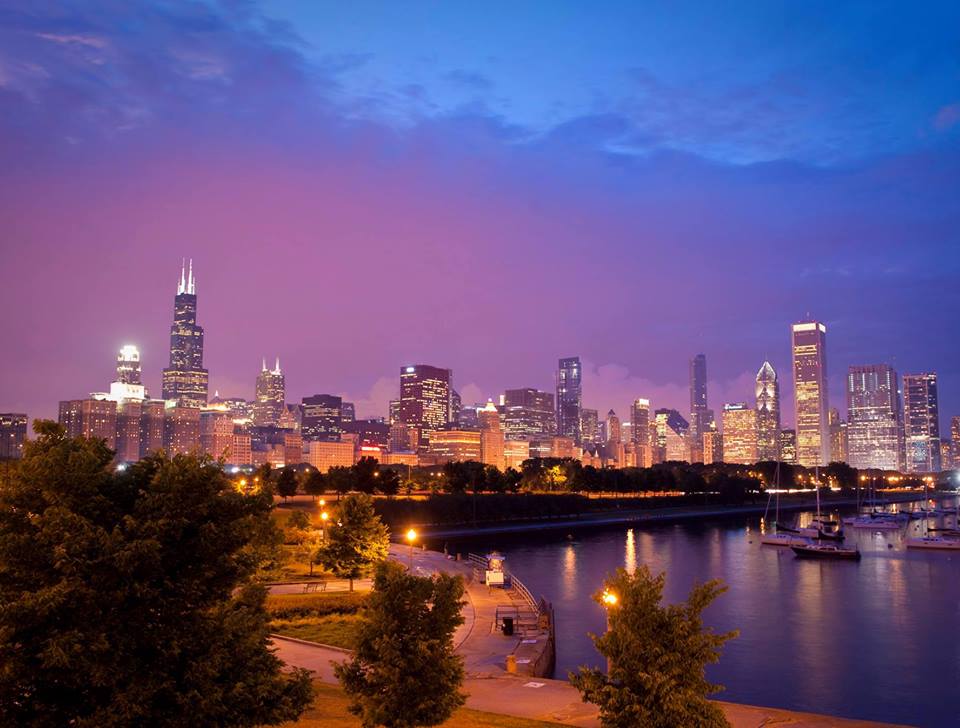 The Chicago Marathon is the second-largest marathon in the world, with over 40,000 finishers in a typical year. Chicago (the race) is known for its world-class competition, blazing-fast course, and a course that winds through the heart of one of America’s most historic and economically powerful city. Especially in a city this big, entry into the Chicago Marathon seems like an absolute steal—for about two hundred dollars, an international hub of commerce and culture will practically shut down so you can run through the city for the better part of a Sunday morning. Here are just a few of the city’s historic and cultural landmarks to look for along the course.

“Entry into the Chicago Marathon seems like an absolute steal—for about two hundred dollars, an international hub of commerce and culture will practically shut down so you can run through the city for the better part of a Sunday morning. “ 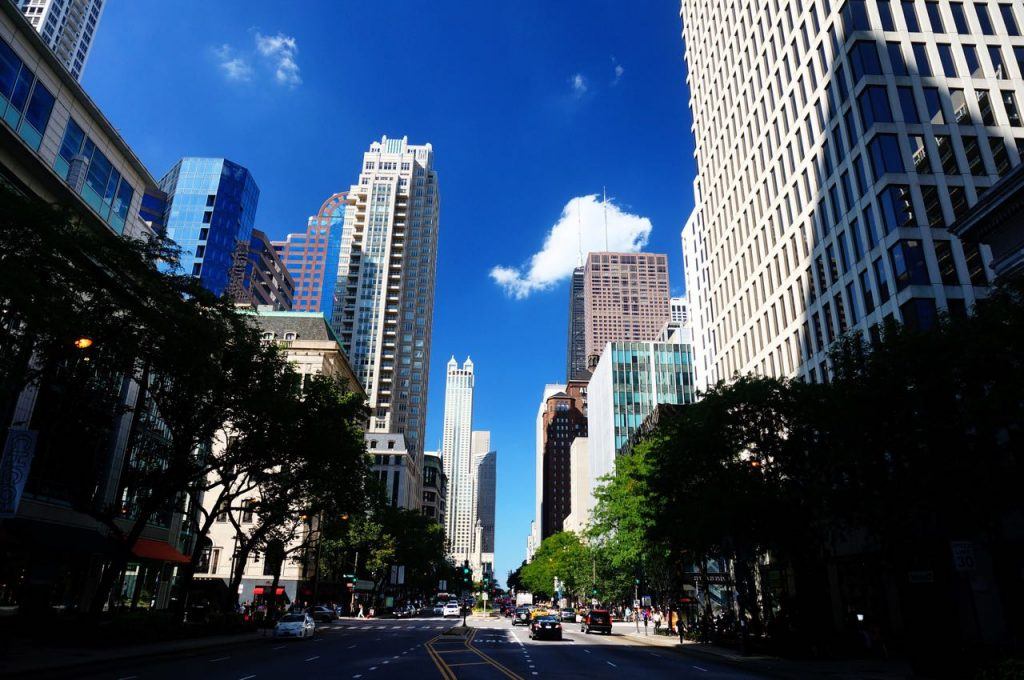 The very first mile of the Chicago Marathon takes you across Michigan Avenue, known more commonly as the Magnificent Mile. This street is home to dozens of historic buildings and huge skyscrapers; try to catch a glimpse of a few as you cross the Magnificent Mile at Grand Avenue.

If you are lucky enough, you might even find yourself staying in one of the historic hotels along the Magnificent Mile during your trip. You could make a whole weekend just out of this one mile of downtown, with all of the shops, restaurants, and museums.

2. Lincoln Park along the Lakeshore 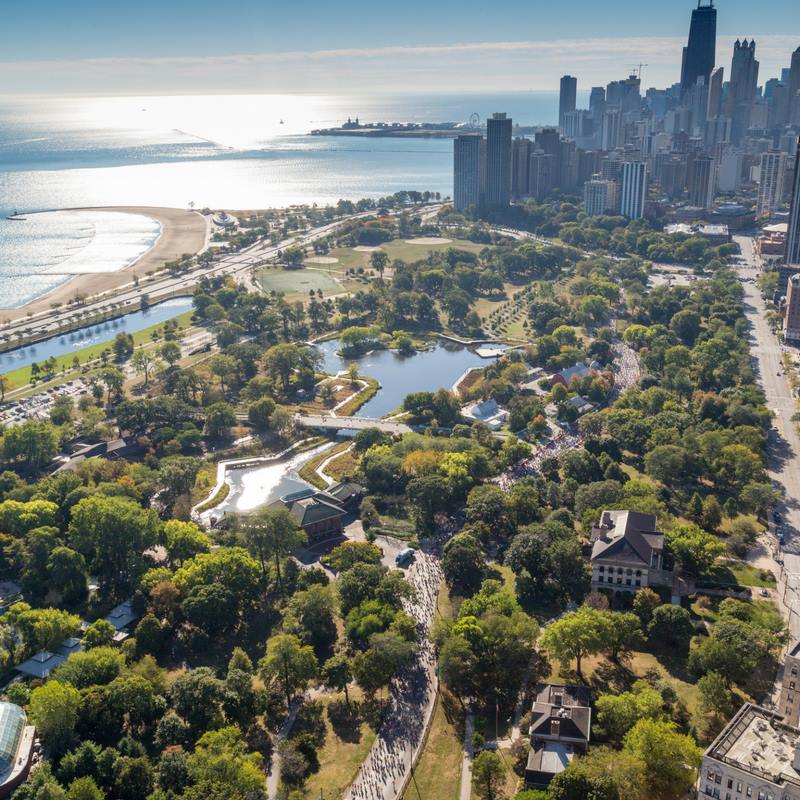 From miles four to seven, the marathon route weaves its way through the historic Lincoln Park. Established over 100 years ago, this massive park plays host to a zoo, museums, historic gravesites, and fantastic views of the downtown skyline to one side, and Lake Michigan to the other.

Since this spot is still pretty early on in the race, you’ll be plenty fresh enough to enjoy the view as you make your way through the park.

3. Halfway There at Union Station 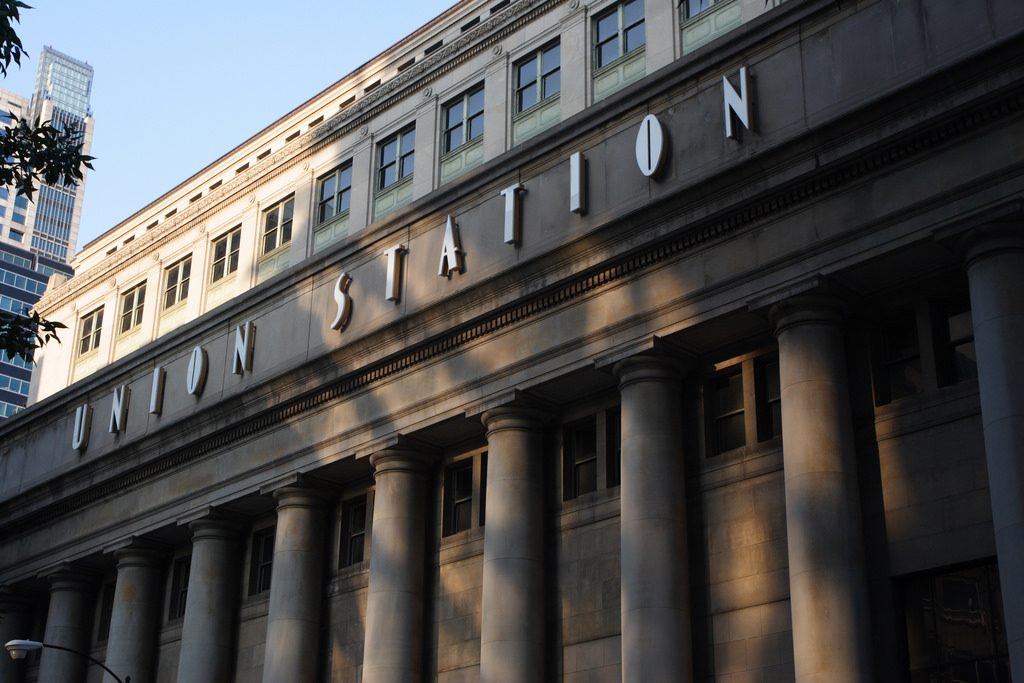 Chicago’s Union Station is hailed as one of the greatest and most historic public transit hubs in the nation. This sprawling train station served as the trans-continental crossroads during the age of rail travel. In its heyday, hundreds of trains passed through Union Station every day.

If you have time after your race, it’s worth a visit to see the vaulted ceiling at the Great Hall. Mid-race, though, this landmark serves as the halfway point along the course.

4. Close to the finish in Chinatown 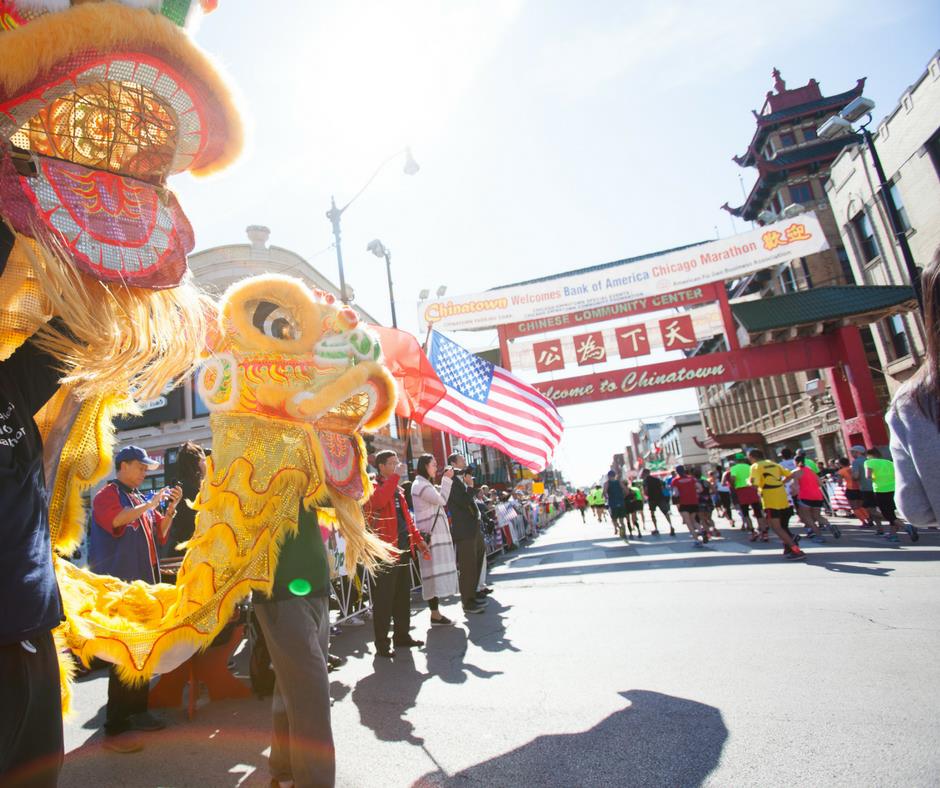 Because Chicago was a destination for immigrants to the United States for decades, there are many different cultural enclaves throughout the city—and many are along the marathon course. You’ll run through Greektown, Little Italy, and the Mexican-American hub of Pilsen, but perhaps the exciting for the marathon participants is Chinatown.

With only five miles to go when you hit this point, you’ll love the festive atmosphere of the crowds and the Chinese music being played at the streetside parties. 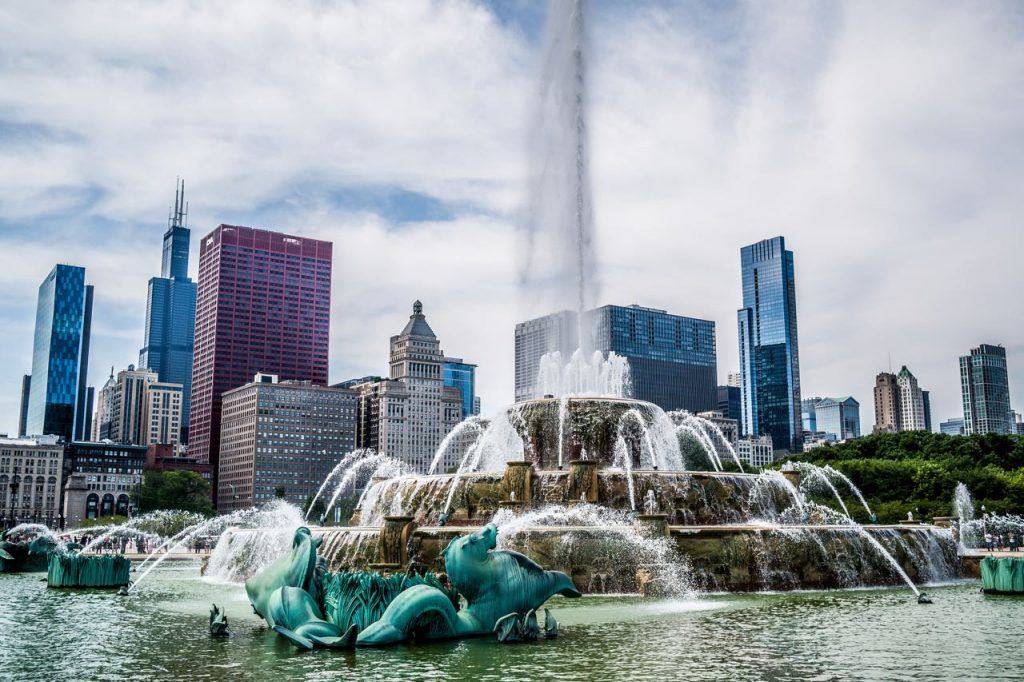 The Chicago Marathon finishes right where it started, at Grant Park along the lakeshore. Once you’ve caught your breath and rested your legs a little bit, be sure to make your way north to Millennium Park and Buckingham Fountain, which are both on the north end of Grant Park.

Millennium Park was built in the late ‘90s and early 2000s on reclaimed rail yard land, and since its completion has been the single biggest tourism location in the entire midwest. Snap a post-race pic at the “Bean” (formally known as the Cloud Gate sculpture) before you head out for a post-race meal.

For more ideas and things to do post-race head to Choose Chicago.

Honolulu Marathon: A Run In Paradise

Rad Season is providing you with rentals and hotels at the lowest prices available online. Book your stay near Chicago using the map below!