10 Of The Best Metal Festivals in Europe 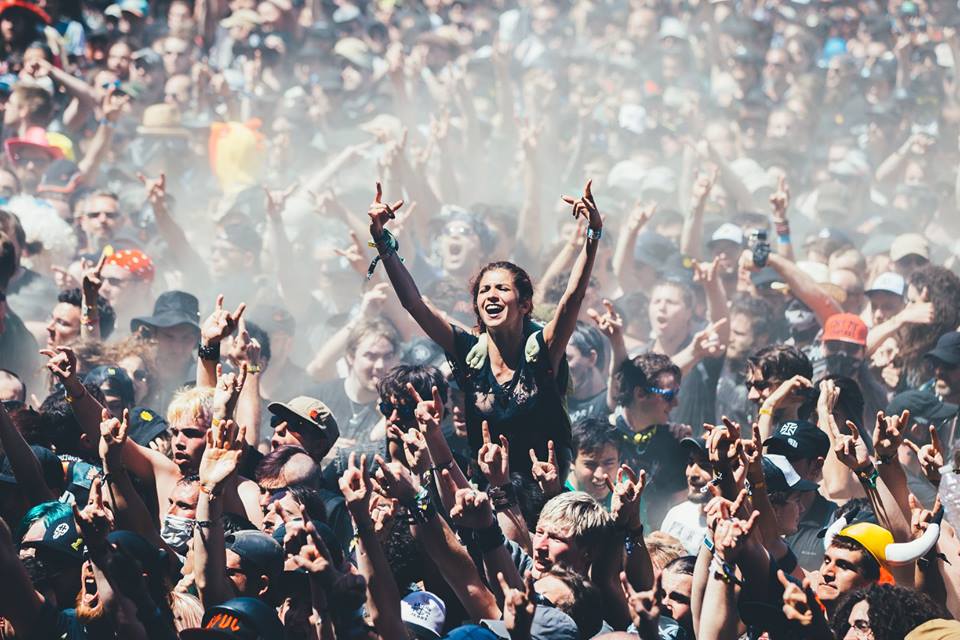 Where and when are the best Heavy Metal Festivals in Europe?

As mentioned in the best rock festivals in Europe there are some great lengths someone would go to have their own unforgettable European summer music experience. Amplify those hot vibes to something more hardcore. Days of sweat, music, sweat, beer (have I mentioned sweat?) and good company declined to the most infamous music for a series of unmissable metal festivals? If so, hop on and go off the rails on our crazy train. 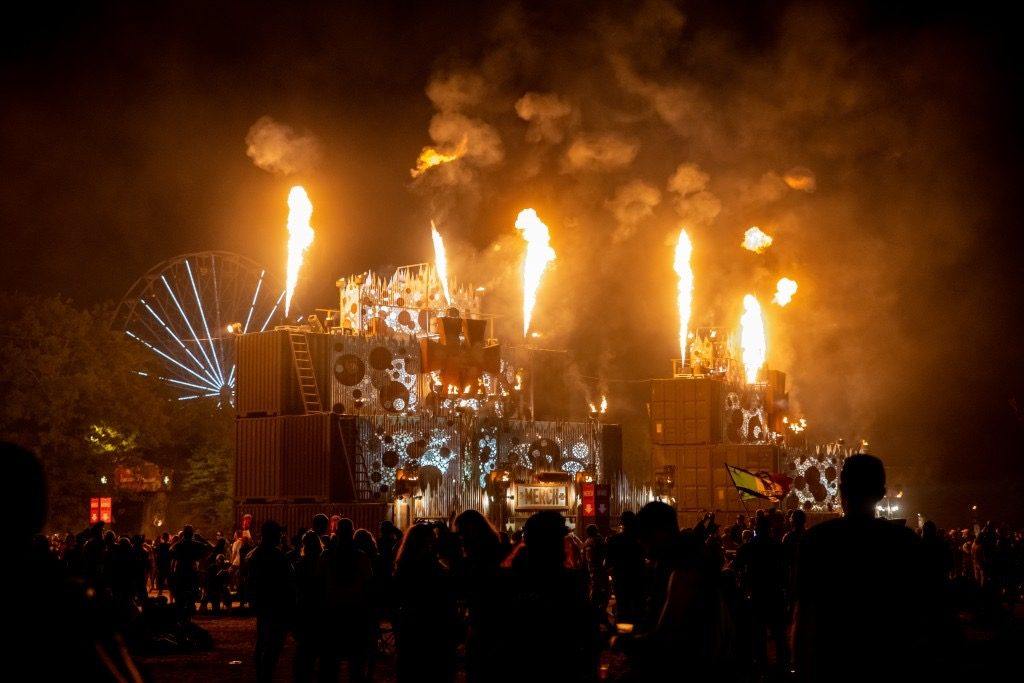 If there has to be a theme park for heavy metal, it must be Hellfest.

After years of lurking its bill and program, I can’t but call it, in my opinion, the leading event of the summer in Metal this side of the world. The bill is a guarantee of quality and amusement for every palate, ranging from the softer sounds to the most brutal, with an amazing theatrical scenario and a great, great environment – the beautiful city of Nantes is just 17 kilometers away and who knows, maybe you’ll find out what happened to that prisoner jailed there.

“The Holy Land”. “The Cathedral of Heavy Metal”. There are many names for this exceptional festival born in the heart of the Northern Germany countryside.

Picture this small rural village northwest of Hamburg. Fields, farms, far more four-legged than two-legged inhabitants. Now add an average of 75,000-90,000 people gathering there before the first weekend of August, pitching their tents and preparing for their three days of sweat, love and heavy metal. You’d think that the villagers would be kind of cheesed off by such horde of metalheads hanging around their quiet surroundings, isn’t it? And there, you’d be quite wrong.

The citizens of the town of Wacken are more than happy to host the peaceful invasion for many a reason, first being the economical side of the event, second being the (relatively) unusual “fauna” that migrates there – metalheads are known for being delightful oddballs for the most part – and third the huge respect the visitors have towards the locals, who are, by the way, granted a free entry and often join the metalhead crowd during those days. According to Wikipedia and a police report, up to 110,000 people in total visited the village and the festival every day that year, making Wacken for a week the third-largest city in the region.

Although the price of the tickets may discourage the visitors, Wacken is an experience you must make at least once in your life.

Belgium, historically known as the Battleground of Europe, can keep its name for a far happier reason. The European country hosts, other than the finest food – Belgians sure knew how to cope with that infamous name by patenting some unmissable delicatessen – also one of the finest metal festivals in the continent.

Graspop Metal Meeting is true to its countrymen’s spirit and grants great hospitality and a warm welcome for a reasonable price and a very very nice lineup.

There’s no ordinary way to say “Summer Breeze” without shouting “SUMMERBREEEEEEZEEE” in a powerful growling voice. Summer Breeze is one of the latest metal festivals to go before the end of the season, and its people are nearly as affectionate to the event itself as they are to the bands playing there.

From the ominous fellas dressing up (Metalheads: a short word for black-dressed weirdos with a strange common sense and a passion for things that are loud!) as Vikings/Mad Max extras and human-sized bananas to the cause of most of the hospitalizations in the area, the notorious Southern German liquor Ficken, the site offers a great dose of fun, music and alcohol within a (relatively) small and tight-knit community. Ohh, Germany, you do love us metalheads.

Are you feeling ashamed because in three days in Prague you’ve only learnt how to order a beer in Czech? It’s about time you make amends for that and visit the beautiful surroundings of the region of Hradec Králové: nature, beautiful architecture (Bohemia is full of wonderful castles and astonishing landscapes) and cheap, heart-warming food and beverages to sustain those thirsty moshers.

The festival has a nice camping site bordering the woods and the festival area is by the mighty walls of Fortress Josefov, a 18th century colossus of bricks and decibel.

It’s one of the loudest metal festivals of this lot (as another Czech event in this list, them Eastern Europeans do like to go heavy).

A clean mountain stream flows quietly by a paradise setting in the woods. Birds are chirping, the sun is shining, people are chilling on the pebbles shore.

Suddenly, a quake-like guitar riff tears the calm. The crowd cheers in the distance.

Set in the majestic Slovenian forest in Tolmin, this festival is made for those metal lovers who want to have a relaxing weekend of nature, music and chill. It’s a relatively small festival with a great lineup, very suitable for those who approach to big music festivals for the first time. Well, what if you want to rest your ears for a while? There you go, there’s plenty of non-food stalls and side activities to do. 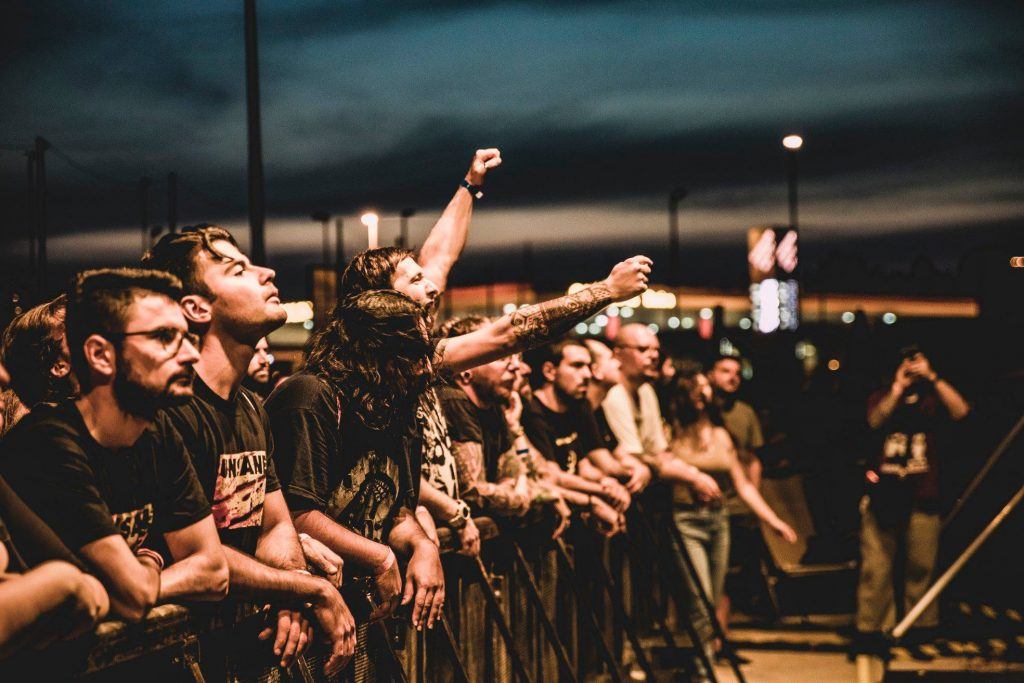 Metal calling to the faraway towns. And the faraway towns reply with tons of unholy decibels. I’m Italian, and there are few things we take extremely seriously, mainly food and the pride of being born within the borders of this rickety boot we call Italy.

Let’s start with saying that this festival involves a part of Italy that’s usually untouched by the main musical events we have here: all of the big concerts take place in the North with some exceptions “down South” in Rome. The deep South is barely concerned with the mainstream happenings, leave it when it comes to metal music. That’s why it’s fundamental to give some media coverage to events like this.

Frantic Fest is located in a small village by a river plunging into the Adriatic Sea (so yeah, you can actually enjoy a bit of idleness in the sun and dip your limbs in the clear waters by the shores of Abruzzo) and there’s lots to see nearby when the bands are not playing.

Pro Tip: make sure to rent a car to ensure a small tour of the region – it’s one of the greenest and most worth visiting parts of Italy if you like nature and great food (get arrosticini or die trying).

Started as an indoor event, the festival quickly spread its wings and made the headlines nearly 20 years ago, becoming the massive event we know today. The fairytale village of Balingen opens the gates of Hell during this three-day festival, with a wide choice of bands for every taste and two stages (Halle and Open Air) and chances for the reckless and the restless to party again after the shows in the big tent in the festival area. If you get tired of headbanging, the village of Balingen is roughly one hour drive from the beautiful city of Stuttgart and quite close to Switzerland, too.

The website of BYH has all the info you need; in case you wanted to know more, the organization guys are really helpful and will provide you with anything – festival-related, you pervs! – to get the most of your stay at the festival and to take advantage of the strategic position the location offers. 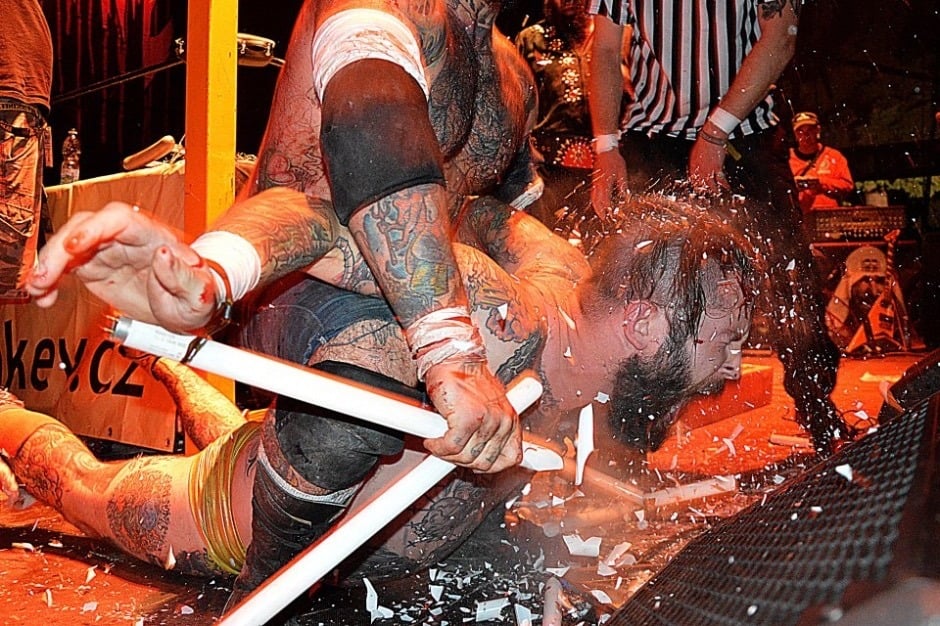 If Satan were a Boy Scout, this would have been his campsite.

You have been warned, Czech like their music rough and loud. This festival is an in-your-face experience of music, workshops, various performances and lots of stuff that will lock your jaw (mosh included).

As the name may suggest, OE is an event prone to the more extreme subgenres of metal, but it manages to be family friendly (who wouldn’t like to bring their kid to a friendly grindcore event with people eating lightbulbs and amateur wrestling?) with a kindergarten (called kinder grinder, you gotta love them for the puns they make) and an activity area.

The festival is a gem of its kind, as it’s much more a viking reenactment than just a metal event.

You can feel the uniqueness of this festival for two core factors: the visitors are not allowed to shoot pictures in the festival area (for God’s sake, YES, finally!) and the feeling of respect towards the “hosting culture” is very heartfelt. Besides the bands playing there – who usually have a musical and/or cultural bond with Norway and the ancient Scandinavian ways – some people going there dress as faithfully as they can to the Norse fashion of those who once lived in the surroundings, which is way more involving than you may figure.

The site is of a greater architectural interest and cultural value: the findings and the burial mounds displayed there are a spontaneous scenario for a good old match of the Scandinavian martial art Glima, in addition to all the non-musical themed activities in Kaupangr (formerly known as the Viking Village) such as tattoo stalls, merch and others.

In the Gildehallen, a storyteller will take you to the Worlds outside of Midgard, and by the field not far from there the visitor will find Fólkvangr, a place by reenactors, for reenactors (for further info, mail the staff at viking@midgardsblot.no)

There are lots of other festivals in Europe that deserve your attention for a deviation in your road trip in and outside the summer months, and here’s a handful of honourable mentions:

Netherlands Deathfest in May, Leyendas del Rock and the utterly unmissable Rock Fest Barcelona in Spain, Agglutination, Metal for Emergency and Rock inn Somma in Italy, Ragnarök Festival in Germany (in mid-spring, so mind to bring some warm clothes), and many, many more.

Pick a country, pack your bags and head to metal festivals across the continent.

Italian, born in 1990, Aquarius. Someone seems to care about that, I absolutely don’t, but it allows me to tell some people to get their sorry arses out of my way and shrug my shoulders going “I’m Sorry Susan, I’m not bitchy, I’m just a real Aquarius”. My greatest superpower is going to concerts without taking pictures and being a dick to those who stand behind me.

6 thoughts on “10 Of The Best Metal Festivals in Europe”