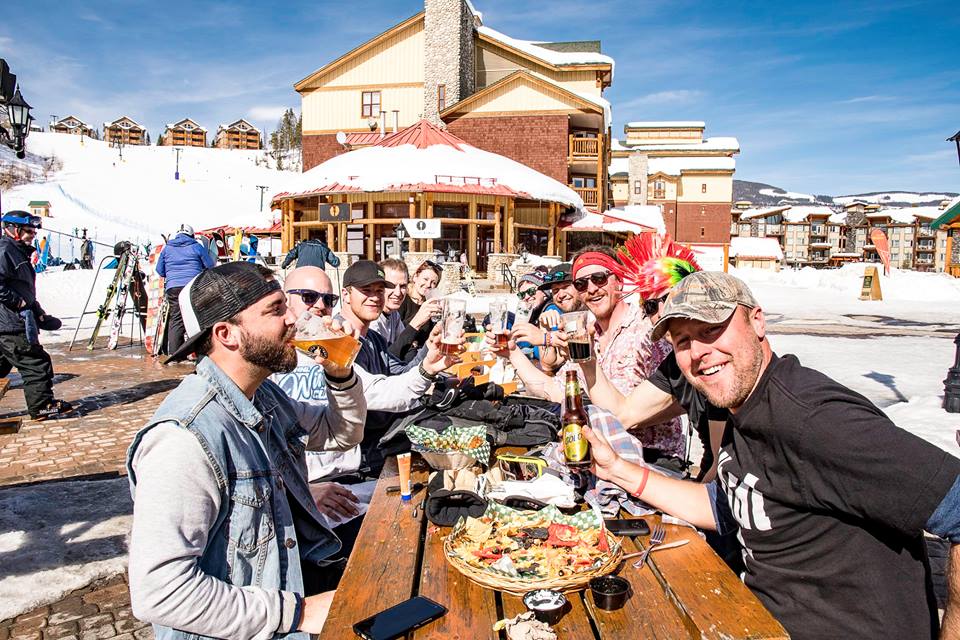 So you’ve just got back into civilisation after an epic back country ski trip. Maybe you’ve been in the surf for 4 hours and now need to re-fuel. And after 100km+ on a bike, food is definitely on the agenda.

So where can you find the best post-adventure restaurants / bars and cafes? Here’s my top 8 spots after epic adventures. 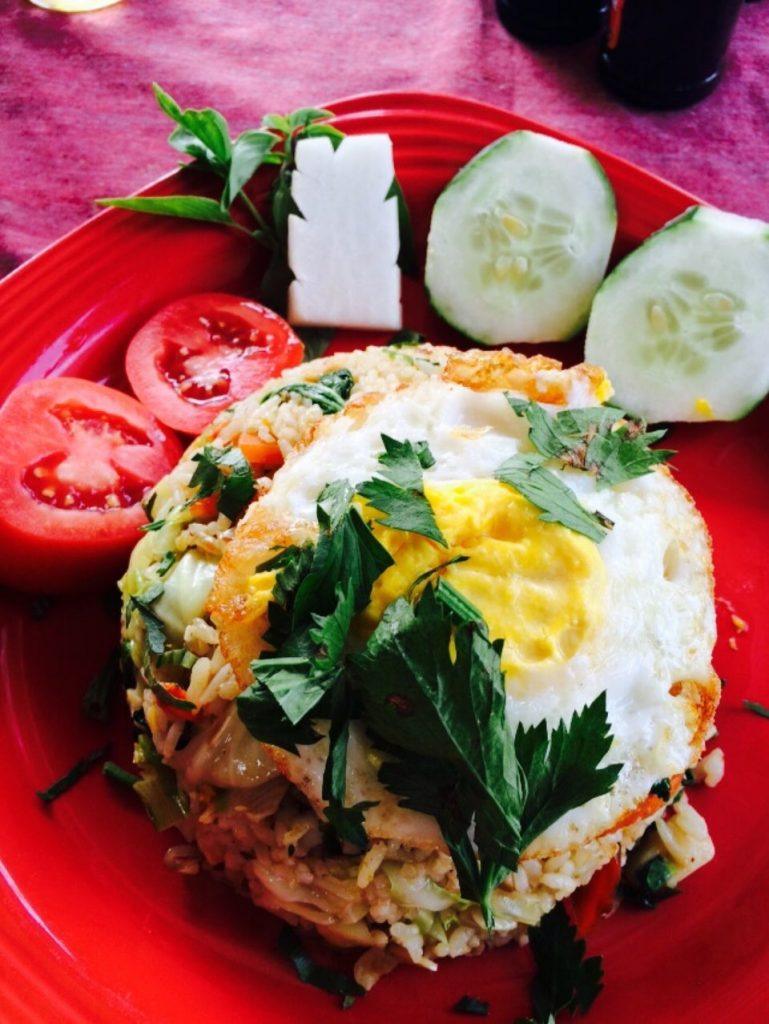 Anyone who has had a really long surf session on the Bukit Peninsula should head to Yeye’s Warung just near Padang Padang.

While Uluwatu and Padang Padang can get a little manic with crowds, Yeye’s hasn’t changed in 20 years. This restaurant is still surrounded by farmland and it’s still a super chill place to hang out, especially at night. Couches, cold beer, and great food really encourage a long sitting after a big surf. 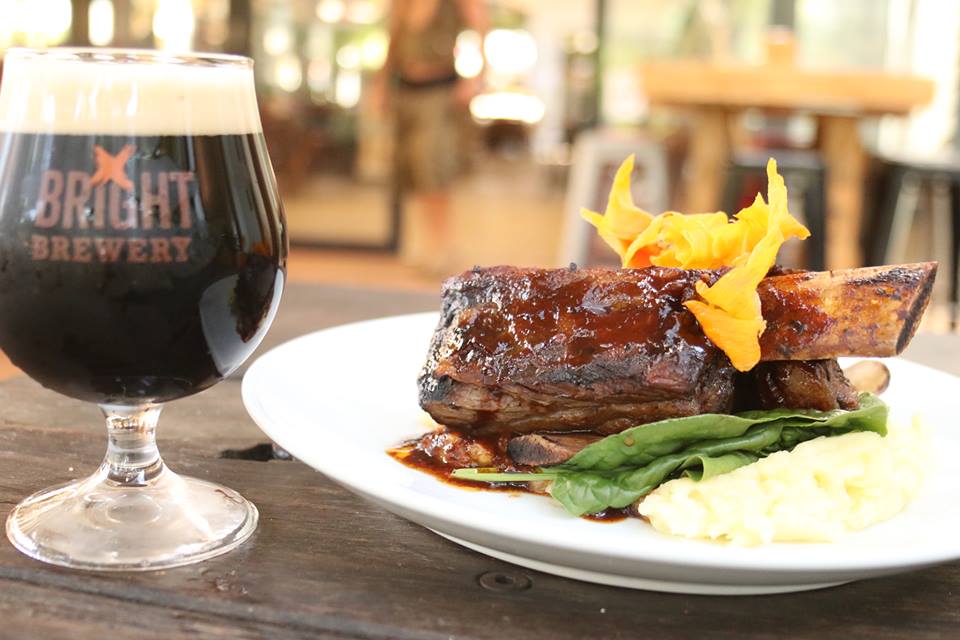 Bright in the Victorian High Country is a biking, hiking and skiing Mecca. The Bright Brewery has great food and beer, but that’s just part of the attraction. The Brewery backs onto the town’s swimming hole in the Ovens River. Cool off after a ride or hike in summer and head up to the pub and punch back a few beers. Bad parents can even leave their kids at the swimming hole which is patrolled by life guards. 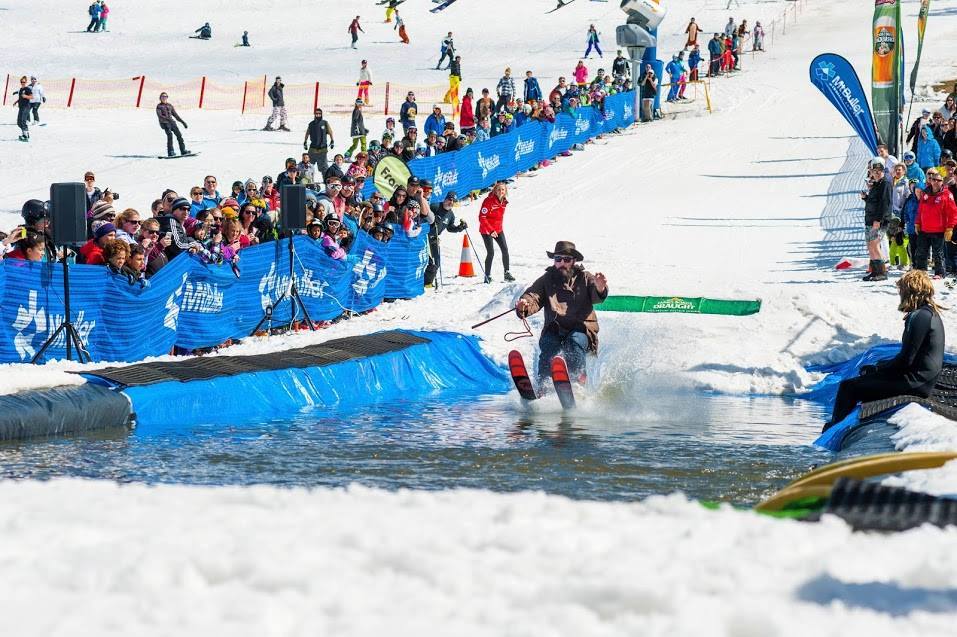 The Mansfield- Mt Buller area is known for it’s skiing and biking. There’s plenty of tired bodies in Mansfield no matter what the season. The Produce Store has great coffee and the meals are made from amazing local ingredients. There’s plenty of tables but it’s often packed with hungry riders coming off the mountains. The worst case scenario involves grabbing a takeaway (“to go” for you Americans) gourmet baguette for your return trip to Melbourne. 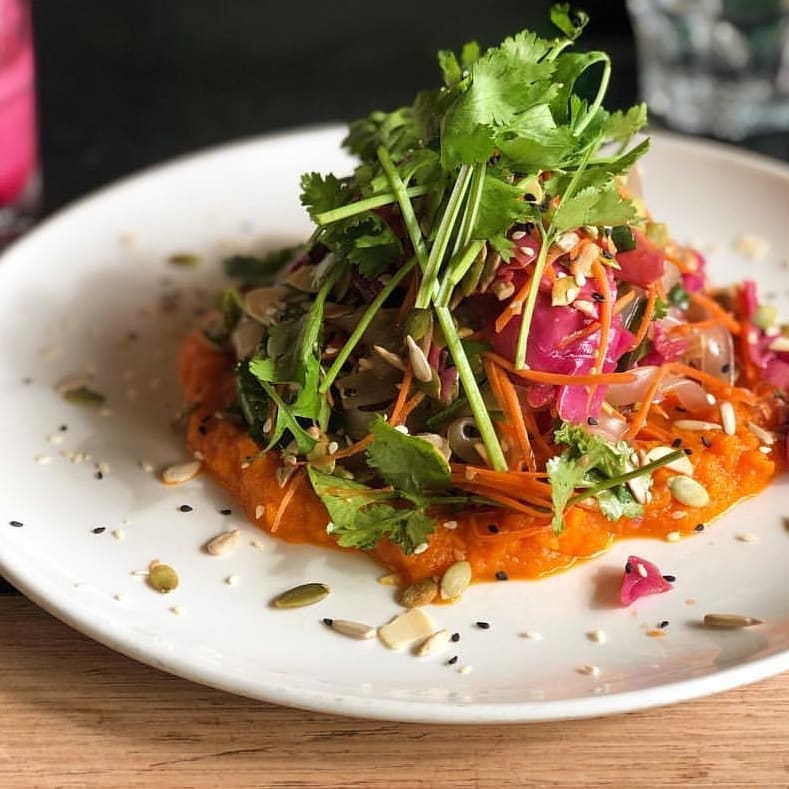 Swell Cafe in Jan Juc (Surf Coast Australia) is my local cafe and a great place for a post-surf feed. It’s had the same owner and chef for more than two decades. They don’t have a website because they let the food do the talking. The cafe is next to the Surf Coast Walk so it’s popular with hikers and mountain bikers on their way back from the Hurst Road Mountain Bike Precinct. 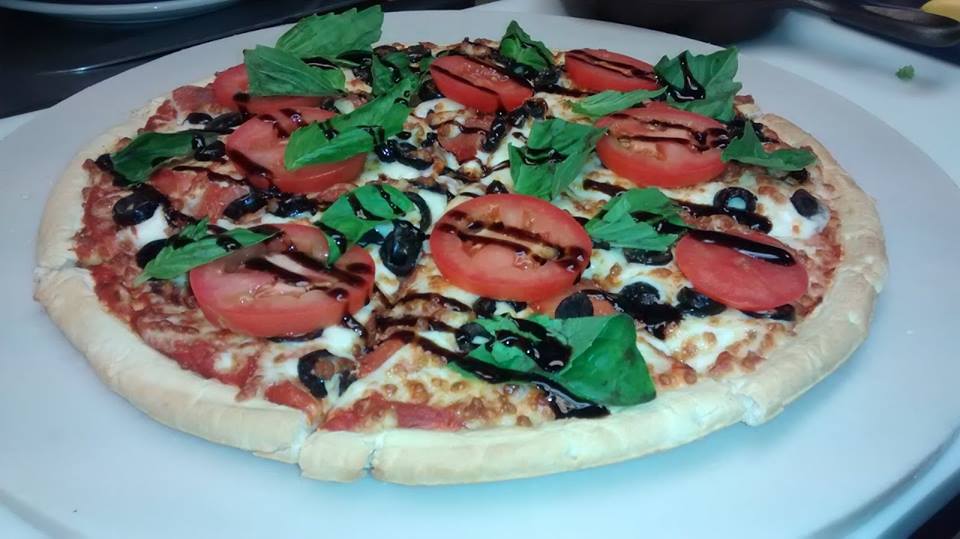 Stemwinder Bar and Grill at the Kimberley Alpine Resort in British Columbia has perhaps the biggest pizzas of nachos on the planet. The place should be sponsored by a cardiac surgeon. Kimberley is the place to go for glade and bump skiing. There’s no lift lines so by 4pm, you will have built up a big appetite. Kimberley is a really laid back ski town and Stemwinder reflects the town’s character. Sit back, listen to some cool music and enjoy a brew or two. They even welcome scruffy Australian children. 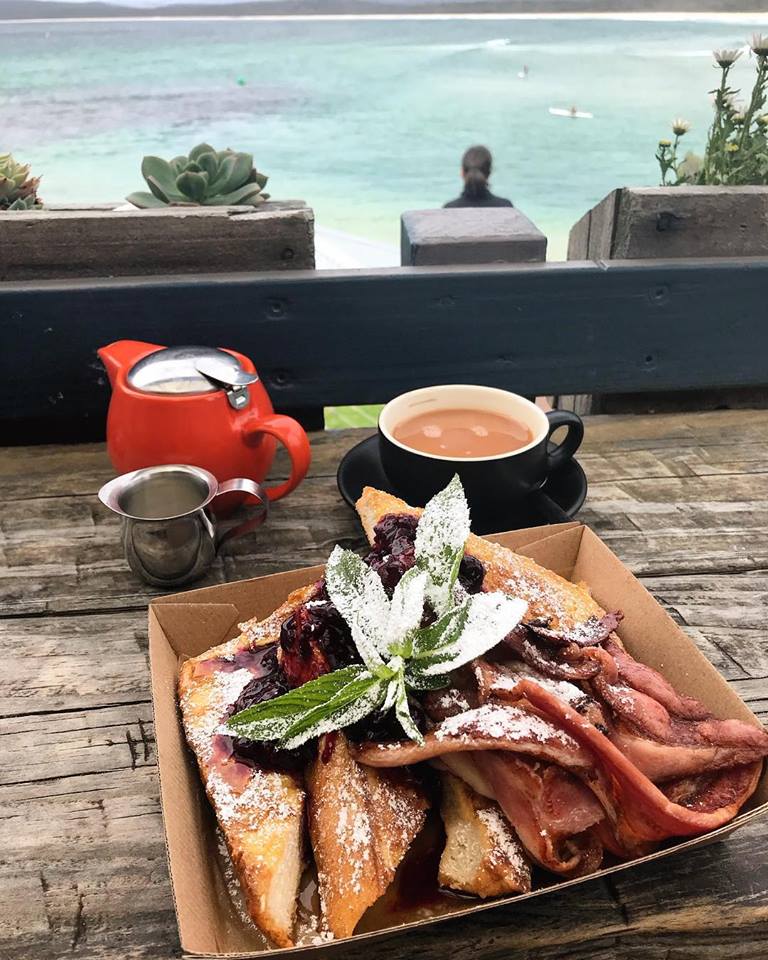 The Bar Beach Kiosk overlooks the Merimbula Bar surf break. It’s a classic left hand river mouth that reels off for a couple of hundred meters over a ruler edge sand bank. After peeling off the wetsuit, the Bar Beach Kiosk offers great coffee and super healthy food. Sit back and enjoy watching the wave you’ve just surfed. 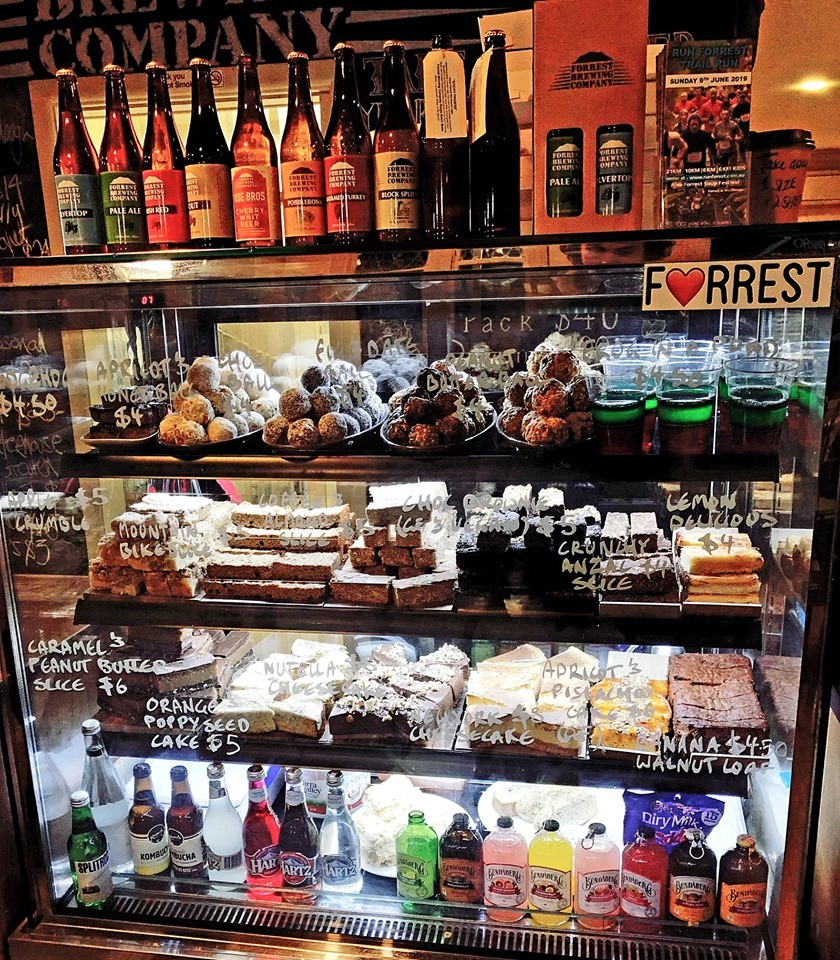 Forrest Brewing Company. Forrest in the Victorian Otway Ranges was a logging town. With suitable trees becoming harder to find, the state government banned logging in the Otways in 2008 and threw a bunch of cash at the town to establish a mountain bike precinct.

After smashing the tracks for a few hours, most riders end up at the microbrewery for a few ales, IPAs, porters, and a big feed. On cold days, the open fire and a heavy beer is hard to resist. 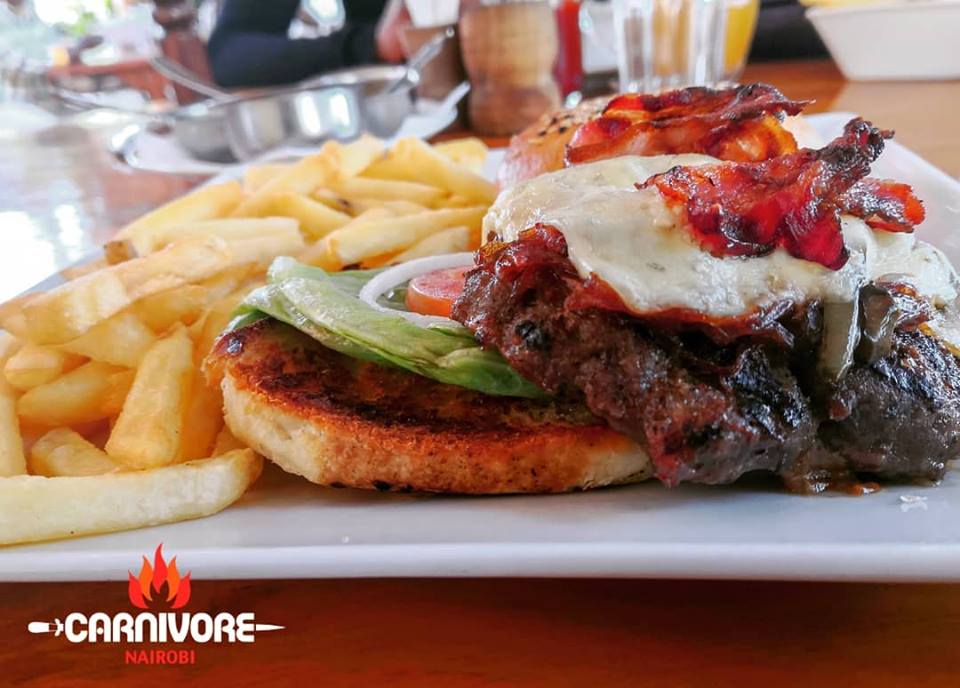 True story. After climbing Mt Kenya with a couple of Californian girls, they invited us to dinner at Carnivore in Nairobi. The last day of the five day expedition involved a 32km hike out to the trail head. Due to a food shortage it was fuelled on one hard boiled egg. Carnivore is one of the best restaurants in Nairobi and we were on a budget. The girls told us not to worry because they were strippers who were paid in cash and needed to spend it. Anyway, I’ve digressed from the topic. Carnivore is incredible. Don’t go if you’re a vegan.

Feel free to add your favourite post-adventure filling station in the comments below.