The 5 Craziest Festivals in South Asia 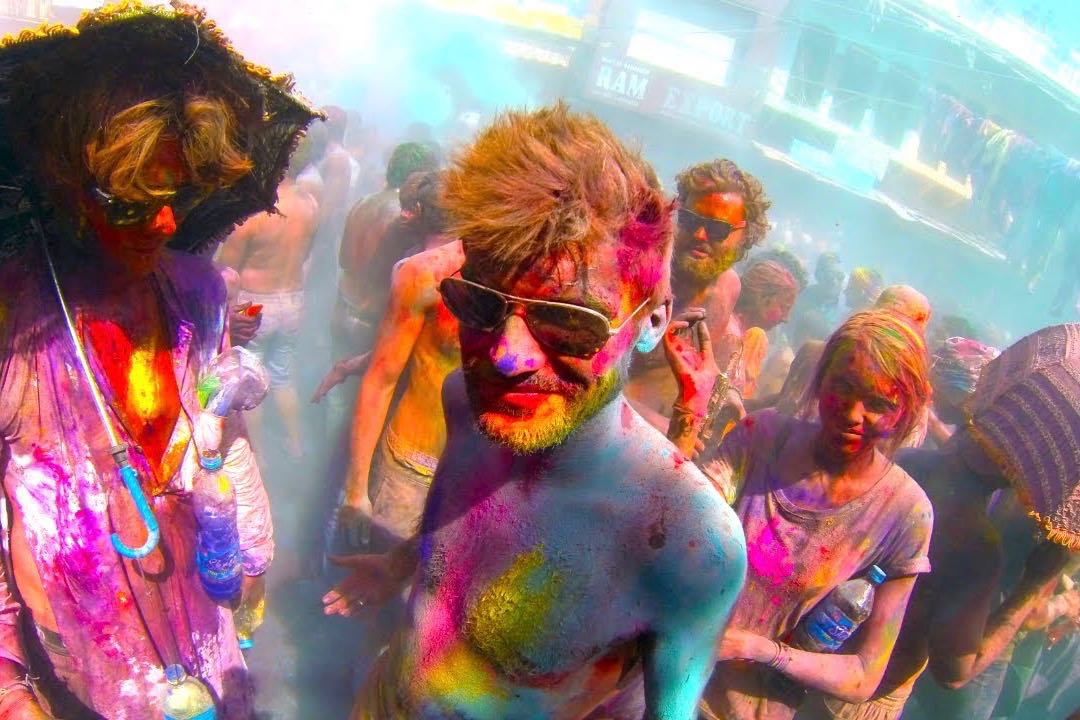 Where Are The Craziest Festivals In South Asia?

South Asia is one of the most colourful, chaotic and crowded sub-continents in the world. It is also one of the most religious, which makes for some spectacular festivals. Come with your dancing shoes on, and be prepared for (usually friendly and harmless) crowds.

Most festivals in South Asia are celebrated according to the Hindu/Buddhist lunar calendar or the Islamic calendar. This means that dates change slightly each year.

This Hindu festival recalls Lord Shiva’s cosmic victory dance, and although it’s celebrated in both India and Nepal, it is particularly fun in Nepal. Kathmandu is home to the Pashupatinath Temple, one of the most sacred Shiva temples in the region.

Marijuana is usually illegal in Nepal, except during Shivaratri. On these two days, young and old, male and female smoke a joint or imbibe ganja ‘tea’ to honour Shiva.

Visiting Pashupatinath on Shivaratri can be a memorable though crowded experience, with the thousands of Hindu holy men who travel from afar to get high and worship Shiva. The atmosphere around the country is chilled out on Shivaratri. 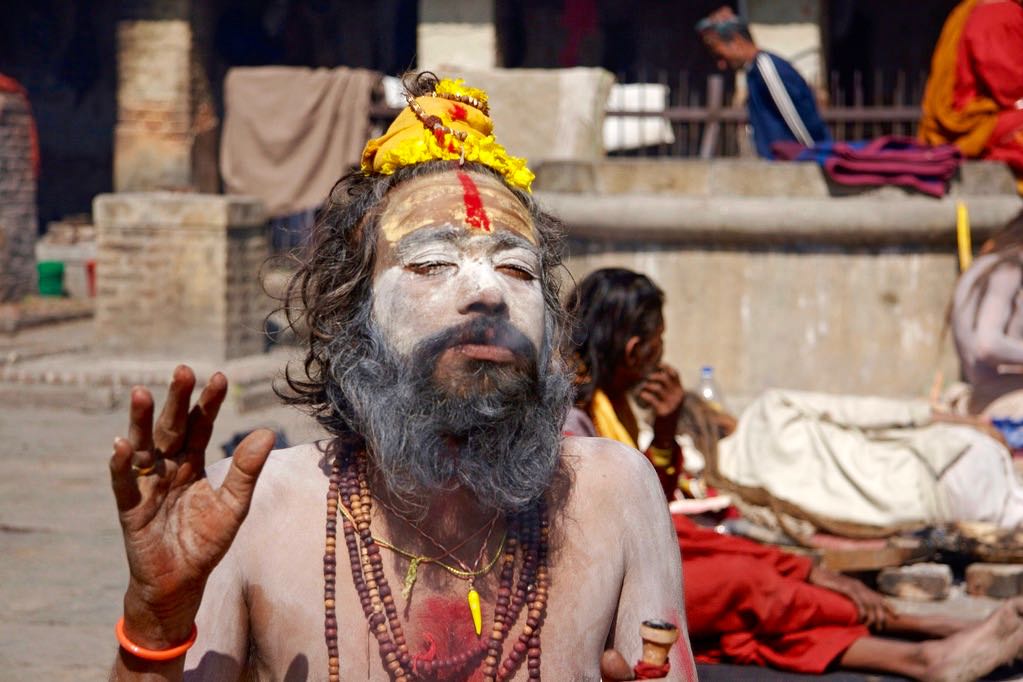 To the uninitiated, the Rato Machchhindranath chariot could be mistaken for a gone-to-seed Christmas tree on orange wheels. But the twenty-plus-metre chariot houses the statue of the god of rain, Machchhindranath.

The chariot is pulled around Kathmandu’s Patan area over two weeks, and the local Newari people know a thing or two about timing: the festival welcomes the coming monsoon and subsequent harvest, and barely a day passes during this two-week festival that the procession isn’t rained on. But it’s a warm rain, so you can join the dancing, merry-making crowds as the giant chariot hurtles towards you. (Take care, that thing doesn’t have any brakes).

This is one of the biggest festivals in Sri Lanka, celebrated by Buddhists. It is held in the inland city of Kandy, in honour of the sacred Buddha’s tooth relic.

What makes this festival so rad is that processions are led by brightly adorned and well-lit elephants, followed by fire and whip dancers. Most of the action takes place in the evenings, and the spectacle of seeing elephants dressed up and dancers twirling fire really comes alive at night.

If you question the ethics of participating in elephant-based tourism in Asia, try attending the Ganesh Chaturthi festival in India instead.

This ten-day festival honours the birthday of what many consider to be one of Hinduism’s coolest gods: Ganesh, the elephant-headed god. The festival is particularly spectacular in Mumbai, with its sweeping beach and promenade.

Colourful idols of Ganesh—which can be miniature or several metres high—are infused with the spirit of the god. At the culmination of the festival, the idols are marched through the streets in a singing, dancing procession and then dunked in the sea or a river. Some idols are small and can be carried by hand. Others are giant, at several metres high, much bigger than a person—much like a real elephant, in fact. 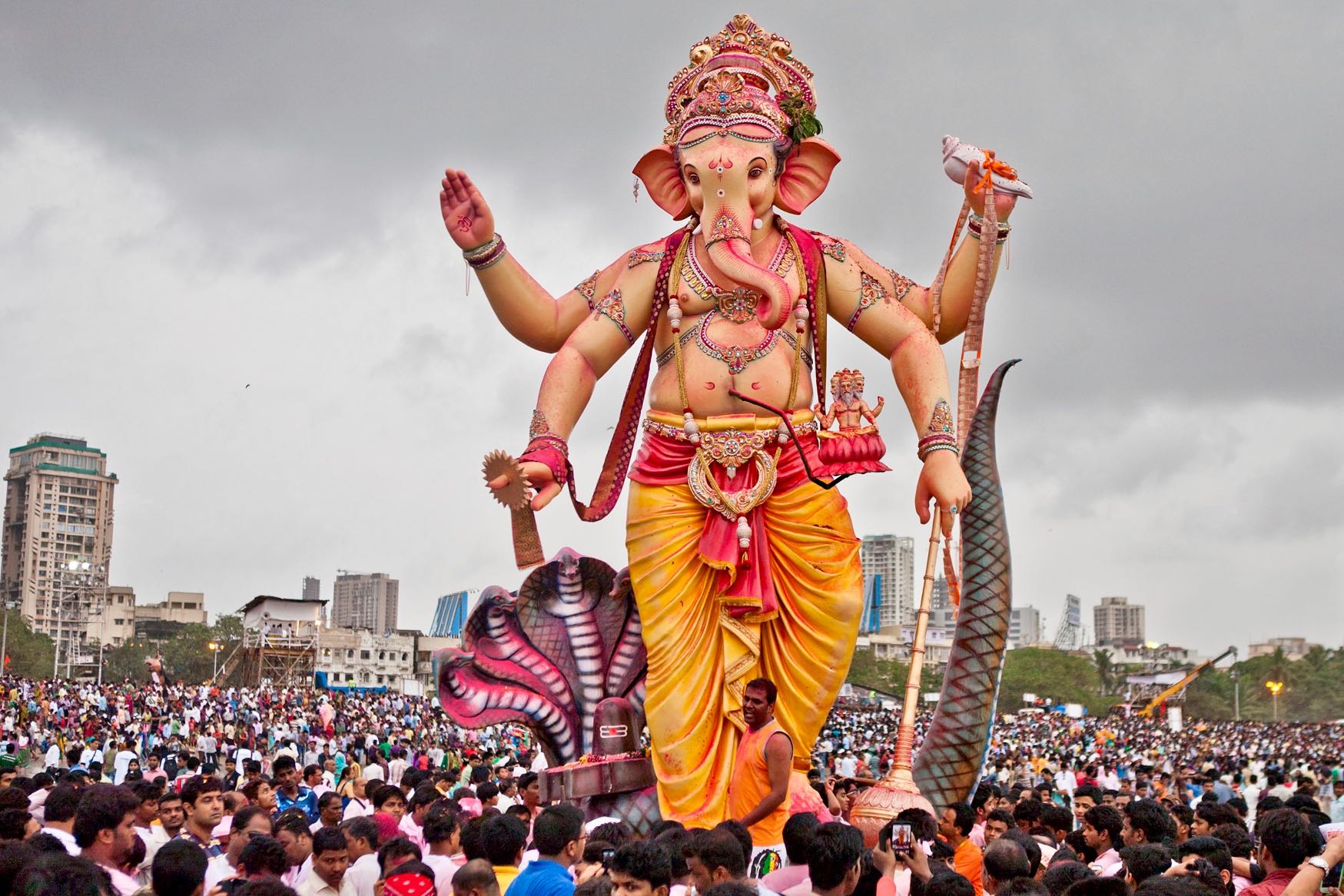 Devotees gather at the Girgaum chowpatty in Mumbai for visarjan of their favourite deity, Lord Ganesh. Photo: Flickr_sandeepachetan

Holi has become well-known in Western countries in recent years because, honestly, what’s not to love? But it’s often mistakenly called the Indian festival of colour. Holi is in fact celebrated mostly across Northern India and Nepal, and celebrates the end of winter and start of the warmer months.

What happens on Holi? Dress in white, leave your valuables and new threads in the hotel, and step outside to coloured powder explosions and water bombs. You won’t need to go looking for the action; it will come to you.

Unlike some other festivals in South Asia, where foreigners will be allowed to quietly join in as they wish, during Holi, foreigners often become a particular target. Women should take care, as groping (especially in India) is not unheard of. Blonde people also often report not being able to get the colour—especially green!—out of their hair afterwards. So if you were planning on an image change anyway, Holi might be the time to try life as a brunette.

Elen Turner is a freelance editor and writer who is based in Kathmandu, Nepal. She is particularly fond of multi-day white-water rafting trips and camping on beaches, and does so in Nepal at every opportunity. She writes at www.wildernessmetropolis.com

One thought on “The 5 Craziest Festivals in South Asia”